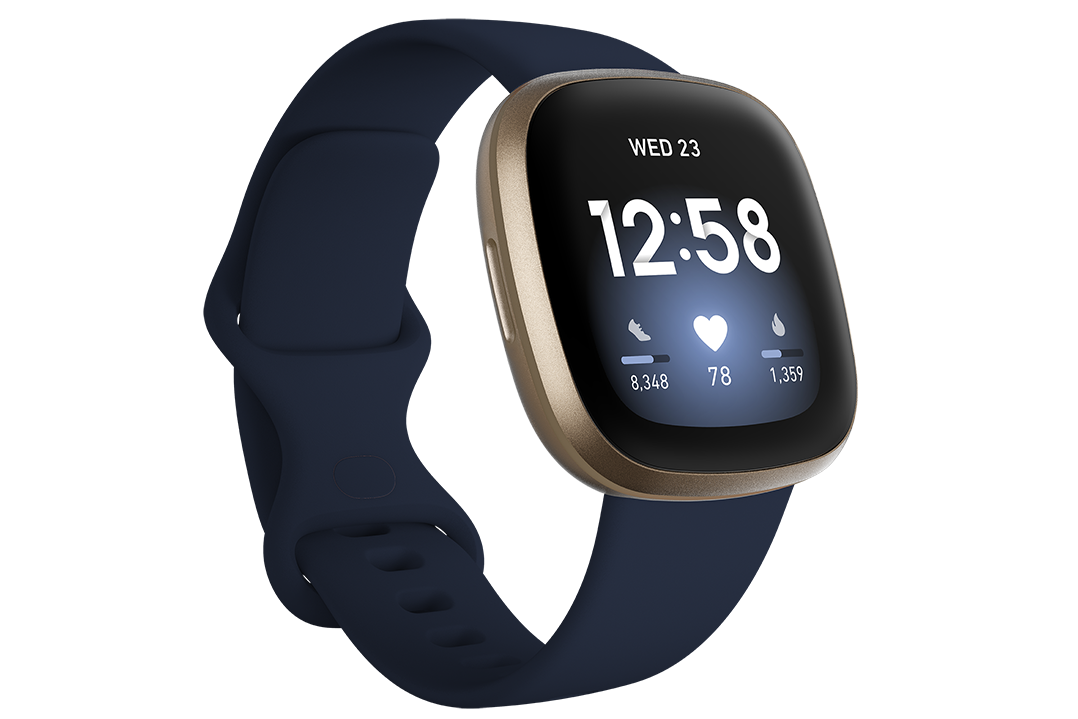 The Fitbit Versa 3 takes everything we loved about its predecessor and adds a handful of useful new features that make it both a market-leading fitness tracker and a solid smartwatch.

The Fitbit Versa 3 takes everything we loved about its predecessor and adds a handful of useful new features that make it both a market-leading fitness tracker and a solid smartwatch. The inbuilt GPS could use some work, and we’d love to see more apps, but the beautiful display and unbelievable battery life more than make up for its minor downfalls.

Fitness trackers and smartwatches have come a long way in just a few short years, and Fitbit has been one of the true trailblazers. As big fans of the Versa 2, we were keen to see how the third iteration stacked up against its predecessor, as well as the likes of the Apple Watch and more. Just how good is it at tracking your daily run, sleep and heart rate? Pretty damn good, actually. But that’s to be expected from a fitness tracker, right? The real question is, how does it fare as a smartwatch? Let’s find out.

With an RRP of $399, the Fitbit Versa 3 is the manufacturer’s second most expensive watch, but compared to offerings by Apple, Samsung, Garmin and Suunto, it fits somewhere around the middle. Plus, as with most Fitbits, there are savings to be had if you know where to look. At the time of writing, Amazon was slinging the Versa 3 for under $375.

For context, the Versa 2 retailed for $329 at launch (and still goes for $299). For the extra dosh, you get an in-built GPS, speaker, Google Assistant and improved heart rate tech. We’ll go into more about how the two models compare later.

The Versa 3 is roughly the same size, shape and weight as its predecessor, but there are a few notable differences. Firstly, the physical button on the left side of the device has been replaced with a haptic pressure sensor, which is an interesting decision. Sure, it looks neater, but in practice, I found myself missing the Versa 2’s beautifully normal button. The Versa 3’s replacement just isn’t as responsive, and sometimes, it really needs a good push, which my weak lady hands couldn’t always get right. 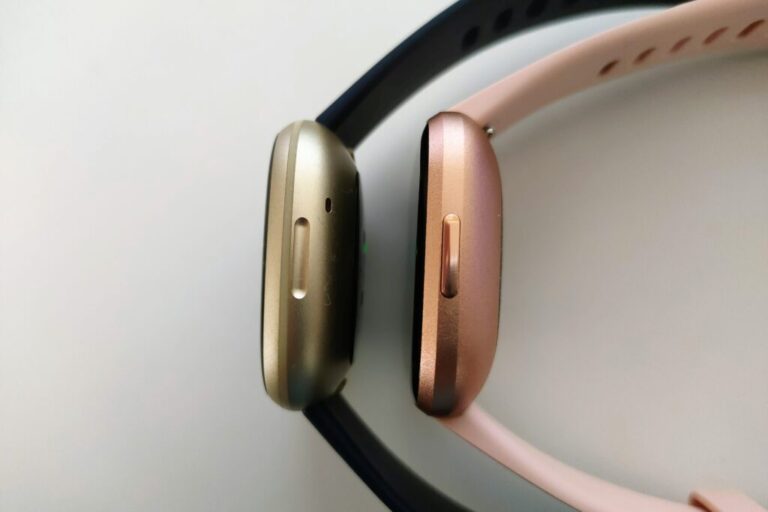 The Versa 3 also has a slightly more rounded body and a slightly larger, curved-corner display to match (the Versa 2’s is a simple square). It’s not a massive change as the Versa 2 already had a great screen, but it’s still an improvement. By default, it’s set to wake whenever you raise your wrist to check the time, but you can also set the display to always-on - albeit to the detriment of battery life. 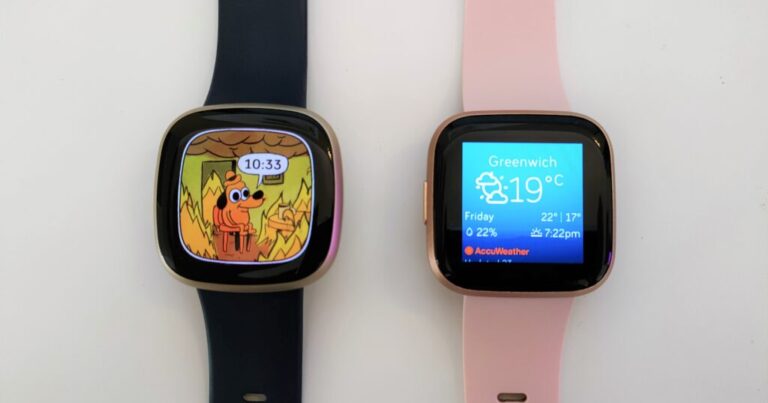 The other big change is the watch bands. If you’re thinking of upgrading from the Versa or Versa 2 to the 3 and hoping all your old bands will fit, we have some bad news. Fitbit has thrown a spanner in the works by overhauling their band attachments, meaning you’ll have to shell out for a new collection. Or, you could just stick with the standard infinity band which now comes with the Versa 3, which is simple and comfortable enough (although not quite as soft on the skin as the Versa 2’s default band). 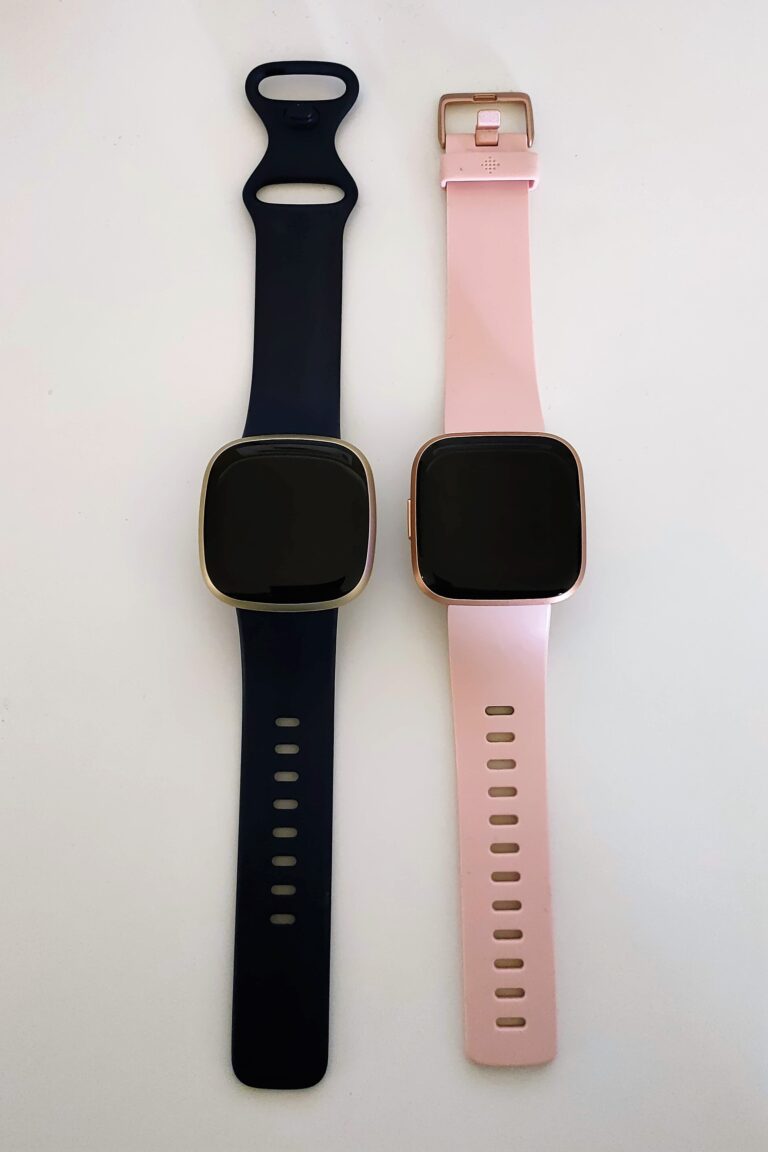 As you’d expect given its price point, the Versa 3 is a feature-packed little beast. Like its predecessor, it tracks your heart rate, blood oxygen level, sleep, steps and altitude and boasts a microphone (with Alexa support), quick replies (Android only, soz iPhone users) and Fitbit Pay for supported banks. All of its health-tracking features work a dream, and so far I haven’t been able to find a watch better at sleep analysis. It definitely falls more on the fitness tracker side of the smartwatch spectrum, so if you want more phone connectivity options, you may want to look elsewhere.

Previously, the only Fitbit model with an inbuilt GPS was the now-discontinued Ionic. For all other devices, you had to keep your GPS-enabled phone nearby if you wanted to track your route. That’s changed this year, with the American manufacturer introducing a native GPS tracker in both the Versa 3 and the Sense. I was keen to give it a go, as running with a phone in hand isn’t ideal, and I wanted to run unencumbered like an excited puppy. Unfortunately, I was a little let down by the GPS. I went on one walk or run each day I tested the Versa 3, and every time, I’d get at least one little buzz notifying me the GPS had disconnected. Admittedly my route is pretty tree-covered, which may have interrupted the signal, but we’re not talking a rainforest canopy here. Back to carrying my phone, I guess.

The Fitbit Versa 3 also introduces a speaker, which in theory should allow you to receive Bluetooth calls from your android phone. Sadly, this, along with Google Assistant support, are still ‘coming soon’. We’ll be sure to update our review when we’re able to give the new features a go.

As for apps, it’s a bit hit and miss. The only music apps available are Spotify (which only allows you to control what’s playing on your phone) and Deezer. Fitbit’s own apps are great, but most third-party apps are created by smaller developers and not a lot of larger services, and some require a one-off payment. The same applies to watch faces, however, there’s a much wider selection available compared to the somewhat limited app library.

There are a few things that Fitbit does better than any of its competitors. Sleep tracking is one, and battery life is certainly another.

When I bought my Versa 2 earlier this year, the thing that convinced me to go with it and not an Apple Watch was the battery life. Fitbit self-reported five days of battery life, and in reality, I found I could even stretch it to a week. The Versa 3 is even better, with six days that I’ve again been able to make last an extra one or two days. If, like me, you’re not keen on the idea of having to charge a watch every single day, the Versa 3 is for you. 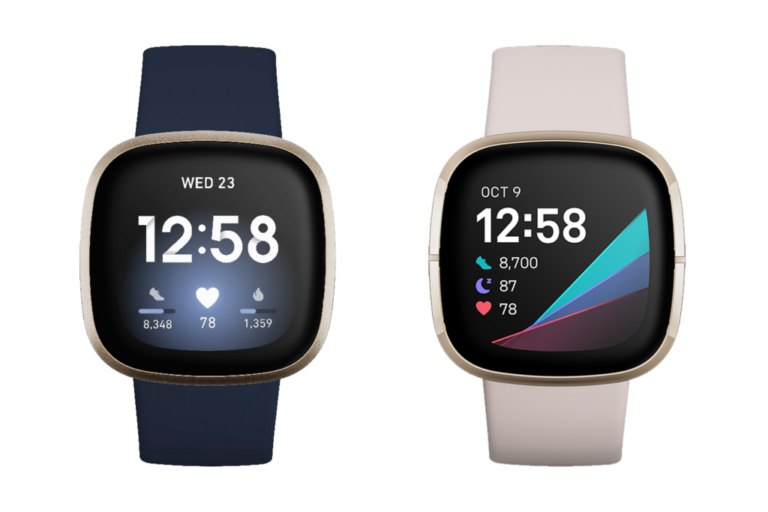 Appearance-wise, you’d be hard-pressed to tell the difference (aside from the colour options available). Both have the same rounded-square-ish body, the same display, the same battery, and many of the same features. In fact, the only noticeable changes are under the hood, with the Sense rocking an ECG tracker (which unfortunately hasn’t yet been approved by the TGA) and an EDA scanner, which can track your body’s response to stress.

The Fitbit Sense is essentially a Versa 3 with extras, but given one of those extras isn’t even available down under, we’d recommend sticking with the Versa 3.

The Fitbit Versa 2 was one of our favourite gadgets from 2019, and the Versa 3 only improves upon it. It’s not the cheapest smartwatch on the market, but it’s certainly one of the best value, packing a whole lot into a stylish, lightweight body and all for under $400.