Paying premium has its perks.

Optus offers plenty of perks, bonuses, bells and whistles, but it's not all sunshine and rainbows. The provider has been a consistent performer when it comes to the ACCC's Measuring Broadband Australia program, but you do pay a premium for those speeds and overall, Optus NBN suffers the same low customer satisfaction as every major telco.

Only expensive if you want the bonus bundles and perks.

Optus has always maintained a tight balance of quality and price. Almost as expensive as Telstra, with a large mobile network and appealing bonuses to back it up. But with the rollout of the NBN and more internet providers in Australia than ever before, it's worth re-evaluating the value of a premium provider like Optus.

When you build an Optus NBN plan, prices start at $79 for NBN 50 or $99 for NBN 100. The basic Internet Everyday plan for each tier gets you internet, an Optus Ultra WiFi Modem and a discounted rate on Optus Sport. Ordinarily, that last one will run you $25 per month. For Optus NBN customers, it's just $6.99 per month.

The next plan up (an extra $10 per month) is the Family Entertainer plan. It adds an Optus Ultra WiFi Booster and Optus WiFi Secure into the mix.

Optus used to include a third tier that includesd a Fetch Mighty PVR set-top box and one Premium Fetch channel pack (valued at $6 per month). This is no longer available, though Optus does insist that a dedicated Fetch app will be coming to their SubHub platform sometime in the future.

There are also NBN 250 and NBN 1000 plans for eligible households, though these will cost you significantly more. While not the most expensive plans, there are cheaper plans available, especially for the NBN 100 speed tier. Take a look at how the cheapest NBN 100 plans stack up below.

We'd be remiss to discuss speed without giving props for Optus NBN's performance in the ACCC broadband speed testing program.

As recently as December 2021, Optus topped the list when it comes to delivering the most accurate advertised download speeds to its customers. That doesn't necessarily mean it has the fastest speeds, as it has since lost the top spot to Exetel, but it does give an indication of where they sit relative to the other options.

Even if they aren't the fastest provider right now, there's ample evidence suggesting that Optus are one of the the most consistent when it comes to speeds. 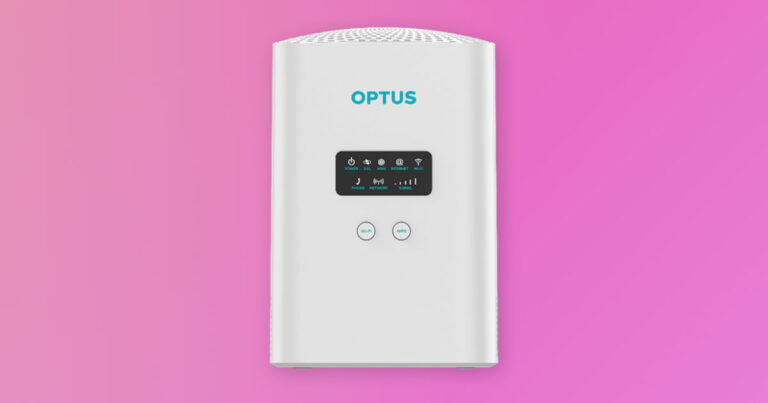 The Optus Ultra Wi-Fi modem comes with 4G backup, with capped speeds of 25Mbps. It's included in your plan for free; the catch is that you'll need to sign up - and stay with - the Optus plan for 36 months. Basically, it’s enabled with 'Connect Protect technology', which pops you onto the Optus 4G network if there's a problem with your NBN connection for whatever reason.

To buy it outright, it'll cost you $252, so it ain't cheap - in fact it's the most expensive branded option for a modem coming from a major provider. The Optus Ultra Wi-Fi modem may struggle to cover large spaces, so it's worth comparing a few modems to find one that suits your needs.

With Optus NBN plans, if you're looking for more add-ons, you can also opt to include a Wi-Fi booster to help boost the coverage of your connection and Optus Wi-Fi Secure, which can help protect against online threats. Some plans even have these included, but like the modem, you'll need to stay connected for a full 36 month plan. 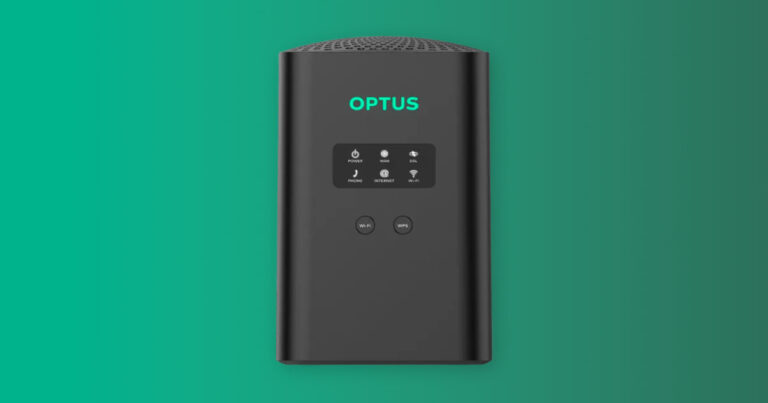 How to set up your Optus NBN modem

Once you’ve signed up for an Optus NBN plan, the next big step to get online is setting up your Optus NBN modem.

Learn how to set up your Optus NBN modem

Broadband bundles used to be a huge value add for customers but they're becoming a bit of a relic. There are a few providers who will allow you pay off a Fetch box with your monthly bill but its rare you'll get a bundle 'bonus' or 'freebie'.

That said, Optus does offer the closest thing with its NBN, home phone and internet bundles. Basically, a phone service can be added for $0 p/m (PAYG) or $10 p/m (with specified call inclusions), plus you'll get a discounted rate on Optus Sport bundled into the plan.

As mentioned before, Optus no longer offers Fetch bundles. However, if that's a requirement for your next internet provider, here's a short list of alternative providers that do offer Fetch.

But it's not all about bundles; Optus scores so highly for perks and features because it also offers online account management (and the My Optus app), a bundled modem at no extra cost, discounted international calls, and perks like the ability to save money by lumping streaming subscriptions together via Optus SubHub. If you pay for the more expensive Internet Family Entertainer plan, you'll even score a few free months of Netflix.

5G where you can get it

Given its status as one of Australia's biggest and most prominent players in the mobile and broadband landscape, it's no surprise that Optus is one of the more robust options when it comes to NBN alternatives like 5G. While the provider no longer offer 4G fixed wireless broadband plans, they do have a number of 5G mobile plans that might be worth investigating if you're located in an area with decent coverage.

If you're intrigued by the idea of spinning up a 5G home internet connection, you can check out what Optus has to offer below. 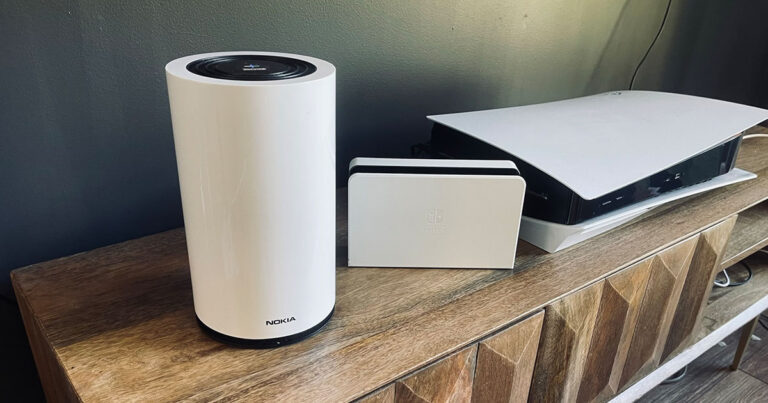 How 5G Home saved me from an NBN nightmare

After 12 months of tech support and switching providers, Optus 5G Home solved my broadband troubles in a matter of hours.

Loads of avenues for support but quite a few cranky customers.

As one of Australia's largest telcos and over 600,000 broadband customers alone, there's something to be said about the telco's infrastructure. Optus has just about every customer support avenue you can think of; live chat, in-app chat, phone support, brick-and-mortar stores, customer forums and responsive Facebook and Twitter accounts.

The problem is, there's something else to say about Optus' customer support, and its customers are saying it, regularly.  On user-generated review aggregator Trustpilot, Optus has a 1.2 out 5-star rating based on 9340 reviews and Optus Broadband, specifically, has a 1.6 out of 5-star rating based on 2,051 reviews on Product Review. Telstra is sitting at roughly the same score, around 1.4 to 1.5.

This is no big surprise. Angry telco customers are often the loudest, and most people who are perfectly satisfied with their service don't go online to leave a review.

Unless you're one of the smaller players, like Aussie Broadband, which is currently rated 4.5 out of 5 out of 5 based on 3,537 reviews. That's an incredibly impressive effort. 92% of the users who rated Aussie were satisfied with their speeds and the customer service alone has a 4.6-star average.

Here's a few of Aussie's most popular broadband plans if you're thinking of making a new friend in the broadband space.

How we review NBN providers

We scour the NBN plans in our system to compare to find the best. We take into consideration things like cost, connection, customer service, features and benefits and internet speeds. For a full rundown of our approach, click here.

Getting signed up to Optus NBN is simple, especially if you already know which plan is the best for your needs. If you want to get started on the NBN with Optus, it’s a straightforward process:

How long it takes to activate your NBN service with Optus is a bit of a guessing game. If your NBN connection has already been installed in your home, switching over to Optus should be fast, but if you have to wait for a technician, it may take a few weeks or months – Optus will let you know when to expect your NBN to become available after you order.

You’ll be sent an email confirmation and an SMS with your installation date, and a few days later Optus will deliver your included Wi-Fi modem to your address. From there, it’s just a matter of giving technicians access on the installation date to connect the NBN if needed, and hooking up your Wi-Fi modem to the NBN connection point in your home.

Optus is owned by a Singaporean telecommunications conglomerate known as Singtel. If you're looking to find where the buck stops, you'll have to get on a plane.

Who can get Optus NBN?

These days, chances are that if you've got an NBN connection running to your home, Optus will probably be able to sell an internet service to you. If you're unsure, you can always plug your address into the Optus website to make sure you're covered when it comes to fixed-line connections.

That said, Optus does not offer fixed wireless or Satellite NBN connections. If you're located in an area where either or those are the technology type you're most likely to be reliant upon, you're going to have to look elsewhere or consider investigating alternatives like Starlink or 5G.