If you're ready to ditch the NBN and find an alternative, then you've come to the right place.

Wires? Who needs them? Just as the Australian Government finishes laying cable across the country we now have access to fast, reliable wireless internet at home. Is it time to cut the cord and ditch the NBN?

Home wireless broadband is an increasingly popular way of getting online, thanks in no small part to the fact that 40% of Australian homes are connected to the NBN over shoddy old copper wires. This creates an unsolvable problem for a large number of Aussie homes where the NBN will never truly be fast internet.

Home wireless broadband takes everything that is controversial about the NBN and throws it out the windows. Using the existing mobile phone networks means that home wireless broadband is fast to set up, easy to use, and you will be able to estimate how reliable it will be by looking at the coverage you get on your smartphone.

To figure out which home wireless broadband plans are best we take a look at a few key points:

At first glance, Optus may seem like the most expensive option in our selection for the best home wireless internet plan, but when you compare the cost over time, and factor in upfront fee, Optus works out to be equally economical. In fact, if you're looking to save your pennies, choosing a 24-month with Optus will waive all setup fees and modem costs altogether.

We also like the Huawei B818 4G WiFi modem that Optus supplies (though you can get the same modem from several of the providers in this list). It comes with two ethernet ports and a telephone line, in case you still find this an essential feature.

Spintel is the cheapest on our list, but in truth, you don't stand to save that much money after you factor in upfront costs and monthly fees. Over the first six months you'll save $54.30 compared to the same plan offered by Optus. That's almost a full month for free. On the other hand, you're pretty much forced to buy their modem - there's no option to bring your own.

We like that Spintel includes a 14-day trial with the service, giving you a chance to send back your modem if the service doesn't live up to your expectations. This is actually a pretty important inclusion given how unpredictable mobile signals can be. Even in areas where there is a strong Optus 4G signal, some people may find that they don't get a decent connection indoors.

Below we have the best of the rest: a collection of other wireless NBN alternatives to consider. In truth, there's very little difference in price and features when it comes to home wireless broadband, and currently all available services are carried on the Optus 4G network, so there's no coverage benefits to consider either.

But do keep an eye out for a few things. Firstly, is there a contract associated with the plan? Southern Phone home wireless internet is cheap but you're required to sign on for 24-months. Secondly, keep an eye on the upfront and modem costs. A hefty upfront cost will wipe out any monthly savings pretty quickly. Lastly, make sure you understand the speed of service the provider is advertising. Most now offer full 4G speeds, but some like Exetel and Spintel speed-cap the connections to 12Mbps.

How we choose the best home wireless broadband plans

As it is with a fixed-line internet plan, the equation to finding a great home wireless broadband deal is pretty straightforward. The two major factors to consider are how much data do you get and how much will you pay each month.

Beyond this, we consider the cost of setting up a new account and the commitment you are required to make. We always lean towards a no-contract plan but recognise that sometimes you need to sign up to a plan to get the best deal.

Product availability, and in this case signal coverage, also factors into our decision making. Though with home wireless broadband, all providers currently offering services currently use the Optus 4G network, so it is less of a consideration.

One thing we needed to pay attention to in this review is the increase in performance you might get by choosing Optus as your provider, despite having to pay significantly more. Ultimately we felt the cheaper product was a better choice, but you might prefer the faster option.

Keep an eye out for speed-limited home wireless broadband plans.

Most plans include full access to the 4G network, but other may cap the download speeds at 10-15Mbps. This detail will be listed in plan details or the critical information summary for the plan.

On the flipside, home wireless broadband is still more expensive than a regular home internet connection and unlimited data plans aren’t currently available. The price has been coming down fairly rapidly though, and we’ve heard that unlimited plans are coming soon, so this is less of an issue as the months go by.

The main hurdle for some users will be that the connections are speed limited to 12Mbps for downloads and 1Mbps for uploads. This means that the speed of home wireless broadband can be the same as a Basic NBN plan.

We’d class this speed bump as a drawback rather than a dealbreaker, though. In our tests we’ve streamed Netflix movies, played online games like Overwatch and downloaded large files. For homes with up to two or three people sharing the internet, home wireless broadband should work fine.

There are several service providers offering home wireless broadband products, but currently, these companies all have one thing in common: the Optus network. This means that regardless of which provider you choose, you will need to be in an area with good Optus coverage to take advantage of this service.

Otherwise, choosing the best home wireless provider is like picking an NBN plan. How much data do you get for your dollars? Do you need to sign a contract or can you switch freely if you're unhappy with the service? What are the upfront costs to consider?

This is still early days for home wireless broadband and we’re sure that there will be even more providers to choose from once the new, fast 5G networks are up and running.

What's the difference between home wireless broadband and mobile broadband?

If you’re familiar with mobile broadband USB dongles or pocket modems, you might be wondering what the difference is between home wireless and mobile broadband. To be perfectly honest, not that much.

Both services operate on mobile phone networks, and the plans you buy are like phone plans without calls and SMS included. Both need a SIM card inside to work.

The big difference is the modem you use. Home wireless broadband plans work with large WiFi modems like you’d get with an NBN plan. These modems can connect more users to WiFi at the same time and have Ethernet ports for directly plugging in computers. But the modem needs to be plugged into the wall for power, and it doesn’t have a battery, so you can’t take it on the bus with you.

Mobile broadband modems are exactly the opposite. These are small enough to slip in your pocket and have batteries so you can keep your connection when you’re out and about, but are mostly designed for a single user. 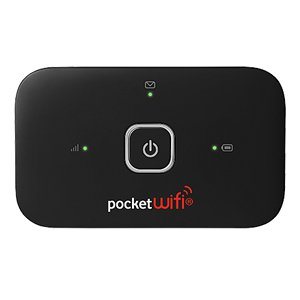 What sort of modem do you need for home wireless broadband?

The specific model may vary from provider to provider, but in general a home wireless modem will look like the one in the image above, like a carton of milk, or maybe smaller, like a stack of credit cards. In all cases, a home wireless internet modem has a SIM card inside it and may require a constant power supply to work. 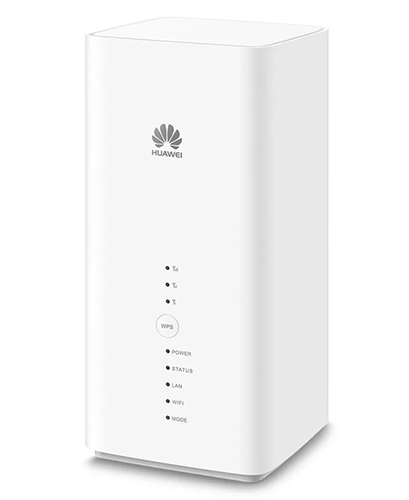 Can you take your modem with you when you travel?

One caveat to this is that if you use the modem in some areas, you will only be able to get maximum download speeds of 5Mbps rather than 12Mbps. The home wireless broadband service operates on several different wireless radio frequencies, but if you are only covered by some of these at your holiday house, then the speeds will be slower.

And, this probably doesn’t need to be said, but don’t plan on taking your home wireless broadband modem overseas. In most cases it simply won’t work, but if it did, you could expect an enormous bill when you get home.

Can you get 5G home wireless internet?

Feeling the need for speed? Telstra and Optus both offer 5G home wireless broadband services, though Telstra’s 5G Home Broadband is effectively invite-only (but you can check the eligibility of your address on the Telstra website), with Spintel offering 5G Home Broadband via the Optus 5G network. For more information on these plans and how they work, read our dedicated 5G modem guide.