How to compare NBN plans

Your first stop for comparing NBN plans and understanding your options.

A major part of our mission here at Reviews.org is to recommend the best options for most people, something that we put a lot of effort into regarding the best NBN plans. But we also know that some people prefer to take the reins and find the best plan for them based on their own criteria.

The search tool above gives you that control. Simply enter your address and the amount of data you feel you need and away you go. On the next page, you’ll have access to a smorgasbord of filters and sorting options to refine your search and find exactly what you’re looking for.

Note: You don’t need to enter an address for the tool to work. We have information in our database that matches addresses to NBN technology types and this will help to zero in on plans in your area, but it’s not a mandatory field.

The most popular NBN deals and plans this week

Note: The table below ranks NBN Standard (50 Mbps) plans (the most popular NBN speed tier). For more speed options, use the search tool at the top of the page.

NBN Plans: Everything you need to know

Choosing an NBN plan has been made to seem a lot more complicated than it is. The decade-long network rollout, the changes of direction and the constant political sniping have made the NBN seem like it may have been more trouble than it’s worth.

But the fact is, you don’t need to worry about any of that. To get your family connected to a fast, reliable internet connection, there are just a few things you need to consider.

How to compare NBN plans

Here are the biggest considerations to take into account when signing up for an NBN plan:

Internet speed is the core concern when comparing NBN plans as it is the factor of a plan that determines the price you pay. It used to be that we would need to consider how much data we would need each month, but the vast majority of NBN plans include unlimited data nowadays, so speed is the thing to focus on.

Differences in NBN speed is measured in Mbps (Megabits per second) which, let's face it, is a pretty meaningless figure for most of us. Obviously, more megabits means faster speeds but it also means a higher monthly price.

To figure out the speed you need, think about your NBN connection like a water pipe running into your home. The faster the speed, the wider the pipe and the more water that can pass through it at the same time. It's like when multiple people try to take a shower at the same time, while someone fills the kitchen sink and someone else flushes a toilet. Someone is going to end up grumpy after their shower loses water pressure.

Now, think about how the people in your house are going to use the internet.

If you live alone or as a couple, you really don’t need fast internet for daily browsing and video streaming. If a typical evening is watching Netflix together while you both browse the web on your phones, then a Basic II or Standard NBN plan should suffice.

If you have a bigger family and a greater number of devices on the network at the same time, then you should consider something faster. If it is likely that you will have two or three simultaneous Netflix streams (the TV and laptops in the bedrooms), plus smartphones, tablets, and someone gaming, then you should start by considering a Standard plan or stepping up to a Fast plan.

Gaming is an interesting example as most people think that a Fast NBN plan is required for fast-paced online gaming, but this isn’t the case. Games pass a relatively small amount of data back and forth, and the key is to have a connection with low latency. In most cases, this will come down to how good your networking hardware is inside your house and less to do with the NBN connection coming to your house. If your games are lagging, you’d be wise to check whether your router is as good as it needs to be and whether you need to consider a solution like a mesh network.

If someone in your house is working from home, they may need to consider how important upload speed is to their day-to-day workflow. If they regularly send large files to colleagues, then they may need a Fast plan with 40Mbps upload (I know I do). This requirement alone limits the number of plans available to a manageable number to consider.

What are typical evening speeds?

Typical evening speeds are the busiest hours of network usage (7:00 PM to 11:00 PM) when most Australians are using their home internet connections. This evening time frame is used as a benchmark to compare NBN providers and speeds because it's the best representation of what users can expect and the time when network congestion is at its worst. So if you've got a good typical evening speed, you should expect the same, if not better, during the day

Wondering what speed you get with your current internet provider? Use the speed test tool below while connected to your primary home WiFi connection to see your current download speeds. 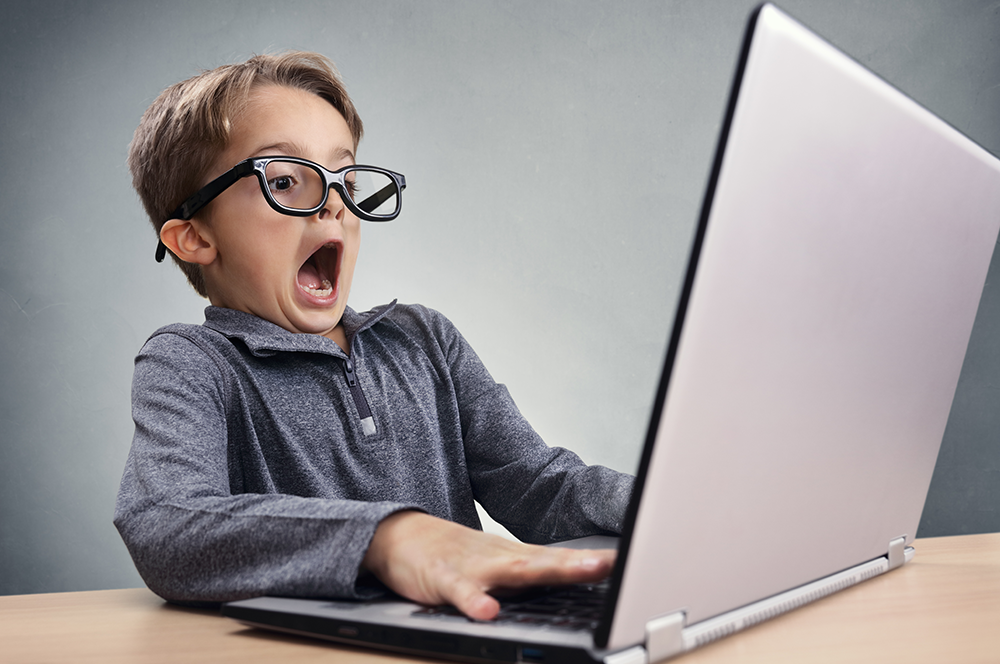 NBN, POI, FTTP, what do all these acronyms mean?
While picking an NBN plan is fairly simple, decoding the long list of acronyms associated with NBN technology types, speeds and infrastructure isn't as straightforward. If there's anything on this page you want explained, head to our A to Z guide for NBN terminology and jargon.

Perhaps the most confusing part of the NBN is the implementation of the mixed technology rollout. What this meant was that the government instructed NBNco to determine the best, most cost-effective technology to connect each house or business.

All up there are seven different connection types in the mixed-technology NBN:

FTTN (Fibre-to-the-Node) is the most prevalent of the technology options in use, and it is also the cheapest to rollout and worst-performing. Like FTTC (Fibre-to-the Curb), your house connects to a shared distribution box, called a node, located not outside your house, but instead somewhere in your neighbourhood. Rather than using 10m of old telephone line in the connection, a FTTN connection may have up to 1km of copper. The further your house is from the Node, the slower your connection may be. Around 40% of all NBN connections use FTTN.

That said, if you find your NBN connection is unusably slow, you might want to consider an NBN alternative, like 4G or 5G Home Wireless Broadband.

FTTP (Fibre-to-the-Premises) means that this fibre optic cable runs right up to your house, as is considered the gold standard for fixed-line internet connections. But it is also the most expensive per connection so it's only used in about 20% of homes.

FTTC (Fibre-to-the-Curb) means that the fibre cable is connected to a distribution box somewhere on the street outside your house. Your house connects to this box using the old copper telephone lines, but because it is mostly fibre, the connection is also fast.

If you live in an area beyond where NBNco will run physical cables, then you will rely on wireless technology instead. In many regional areas, you will have a Fixed Wireless NBN connection, which works like a mobile network connection. People living in more remote areas will connect via the Sky Muster satellite system.

We’re explaining this here for your information only as there is nothing you can do about the technology type in your area. When you are choosing an NBN plan this is not a consideration at all but it might limit the type of plans you have access to.

How to switch NBN plans and providers

The last thing to keep in mind when choosing an NBN plan is that switching from one provider to another is usually a simple, painless process. In the past, changing internet plans could take 10 business days and involve several hours of downtime as a technician manually switched you over.

These days, most NBN connections can be switched remotely and it can be a same-day process. For example, a person in our team signed up for a new NBN plan during his lunch break one day and was moved to the new provider's network before he got home that evening.

This is important to know because the majority of NBN plans have no long-term contract commitments. Most plans are month-to-month. To take advantage of this, you need to be ready to switch at any time. If you are not happy with the service: switch. If you regularly compare plans and spot a better deal: switch. If you sign up for a short-term promotion and it expires: switch.

NBN plans are changing all the time, and in both directions, so you shouldn’t feel like you are stuck paying for something you no longer want. Jump online, find a better deal, and move on.

Now that you know more about choosing a plan, go ahead and compare your options from Australia's NBN providers using the form and filters below.

By
Brianne Sandorf
Arlo Pro 4 Camera review
Move over Arlo Pro 3 ... or not.

By
Mindy Woodall
Ring Video Doorbells Review 2022
Ring doorbell cameras are some of the most popular models on the market. But are...

By
Steve Siems
Apple AirTag review
We test the Apple AirTag so you can see exactly how well it works and...