A sporting addition to any sports-loving home.
​

It may still be filling Foxtel’s coffers, so Kayo doesn’t exactly count as breaking away, but the sports-streaming app is a faithful sporting companion, and the option for two streams on the Kayo Basic package is great for sports-nuts homes. There are some quality-of-life concerns, though, that hold Kayo back from being wholly recommendable.

In November 2018, Foxtel finally gave internet-savvy sports fans what we’ve always wanted: a sports-centric online streaming service. Traditionally, sports nuts like me had limited choices. It was either fingers crossed for free-to-air coverage, head to a sports bar or pay for a Foxtel box. Eventually, Foxtel Now and Foxtel Go freed us from the box, but you still had to pay for the Foxtel basic package before accessing sports (the thing you really wanted).

Thankfully, that changed with the arrival of Kayo Sports in 2018. A couple of years down the track, Kayo is still a great cord-cutting replacement for the ex-Foxtel user who was really only paying for the box to access live sports and replays. If you do want Foxtel content without the box, Binge may be the streaming service for you. 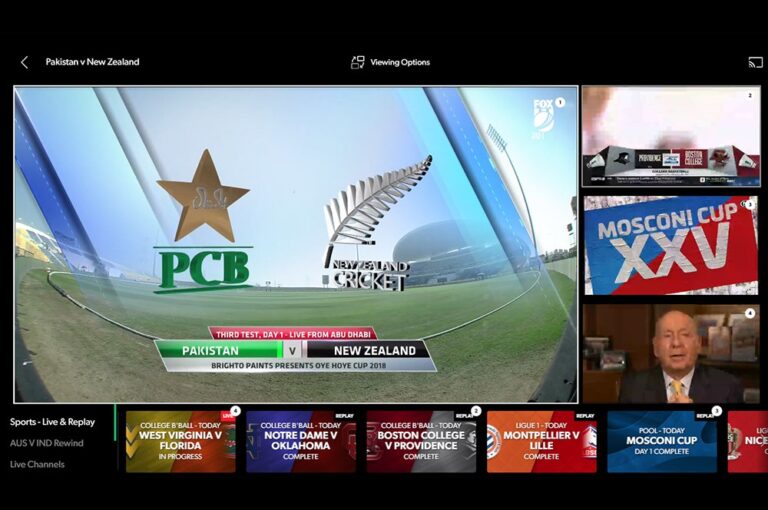 How much does Kayo cost?

Kayo Sports costs a little more than competitors like Optus Sport ($24.99 per month) but offers a wider variety of sports and costs a lot less than Foxtel.

How does Kayo Sports compare?

We’ve got a deeper analysis on Australia’s various sports streaming services but below is a brief overview of your options. See how Kayo’s prices stack up against typical streaming subscriptions below.

What sports are on Kayo?

Kayo is effectively Foxtel’s sports content across all its brands in a standalone subscription service. This means you have both ESPN channels, as well as all Fox Sports channels, including Fox Footy.

All of these channels can be watched live, but Kayo takes it one step further over Foxtel by allowing you to rewatch old games that you might have missed, as well as sporting documentaries such as ESPN’s 30 for 30.

Here’s a selection of the 50+ sports you can watch on Kayo Sports:

While it’s unlikely that any one person would be interested in every single one of those sporting options, it’s a breadth of sporting interests that offers plenty of value. During my extensive testing over the Christmas break, I was watching two cricket matches – two Tests by day and a Test/Big Bash League combo by night – from when I woke up until when I went to bed. Couple live sports with full replays, minis (shrunk-down versions of a match) and highlights, and it feels like there’s always something to watch.

What devices is Kayo Sports available on?

There’s a long list of supported Kayo Sports devices on the Kayo website, but it breaks down into the following categories:

Xbox One and PlayStation 4 support has been listed as in development for a while now, but neither were available at the time of writing.

For the most part, Kayo Sports is a dependable app, once you get used to how it organises content and understand that, at least for Android TV devices (specifically the Nvidia Shield TV Pro, which was used for the majority of the tests), it operates more like a web browser than an app when it comes to how it updates.

If, for instance, a stream ends for one sport – and, frustratingly, Kayo doesn’t automatically switch channels or offer intuitive ‘watch next options’ – you need to manually refresh either the homepage by restarting the app or a sports category by shifting between them to see the new content.

You’ll also quickly clue on to the reality that Kayo is a stream of whichever Foxtel channel is showing a specific sport at a particular time, which starts and stops once the Kayo controllers determine it should start and stop. It’s a quirk you become accustomed to for switching between sports streams. On one hand, this is technically a perk for those who have memories of being frustratingly forced to switch channels to continue watching a match that’s been shifted off a priority Foxtel channel. On the other, it can feel jarring, but you do have to scroll quite a bit if you want to find dedicated channel streams (right at the bottom of the homepage).

It doesn’t help that free-to-air commentary is more insightful and of a better quality than what’s sometimes on offer on Kayo. Free-to-air cricket also gets better between-innings commentary for the Big Bash League, whereas Kayo is stuck with a slew of back-to-back, oft-repeated ads instead of analysis.

The value detracts further when you see mic-wearing players clearly speaking to the free-to-air stream, while shoddy camera work is a regular occurrence that tarnishes the live experience and ruins replays. To add insult to injury, there were a couple of occasions where streams didn’t start on time or were incorrectly linked, which meant part of the pre-match analysis was missed.

In fairness, I’ve streamed hundreds of hours of Kayo content in my home over the last few weeks of intensive testing. When you learn to speak Kayo’s language and get into the nitty-gritty of watching sports, Kayo Sports is great, whether you’re actively engaged with it or have it on in the background. SplitView is a particularly neat feature for single-screen users, which is logically limited to two side-by-side sports on mobile devices but you can follow up to four sports on the one screen on other devices.

Quirks aside, Kayo is a marked improvement compared to my struggles with Foxtel Now and Foxtel Go in the past.

How much data does Kayo use?

Remember if you’re multi-streaming you’ll need to multiply those numbers per the amount of streams you have going at once. The more you stream, the more data you’ll use.

Here’s a handy table from the Kayo website to help track how much data you’ll use per stream, per hour, depending on the quality of the stream (with our additions and data-usage estimates for lower-bandwidth streaming).

(Note that mobile devices only support up to two streams, which is why there are only two listings apiece for the lower-bandwidth speeds).

Also note that the minimum internet connection speed requirements for Kayo equate to below the hourly data usage reported on this Kayo SplitView support page.

How to cancel Kayo Sports

Kayo has a 14-day trial, but you have to create an account and add a valid payment method to start it. This isn’t an uncommon practice, but what is uncommon and far from ideal is there’s no straightforward way to cancel your Kayo account from within the service, which is disappointing considering how straightforward it is to cancel Netflix, Disney Plus or Stan.

If you do use the Kayo trial, you can cancel straight away and enjoy the 14 days without having to worry about an automated payment. Similarly, if you cancel after paying, you’ll still have access to Kayo for the remainder of the billing period.

Follow these four steps to cancel your Kayo subscription:

Is Kayo Sports worth it?

If your live sporting tastes extend beyond whatever’s available on free-to-air or being dependent on your nearest RSL or sports bar, the reality is you only have two options: Foxtel or Kayo. Foxtel is more expensive than Kayo for just sports, which makes it the logical choice.

Still, given the quality-of-life detractors outlined above, a lack of a straightforward cancellation option (which may make you think twice before starting a 14-day trial), and icky things like the ‘odds and wagering’ feature switched on by default, paying for Kayo isn’t so much the best choice as it is the only one available for streaming sports.