For better or for worse, Stan Sport is the only place to watch big-ticket rugby union.

Our verdict on Stan Sport

If you only have a passing interest in rugby union, Stan Sport is best treated as ‘wait and see’. On the other hand, if you love rugby union, you’re effectively obliged to pay for Stan Sport, whether it’s $10 on top of an existing subscription or a $20 minimum buy-in. Despite a stack of rugby union content, there are too many handling errors to consider Stan Sport a runaway success.

It wasn’t so long ago that a starry-eyed telco sought to stand up to the sporting exclusivity of Foxtel by pinching local cricket and netting a whole lot of big-ticket international soccer. While good intentioned, Optus Sport had a rocky launch and, these days, is only essential for soccer diehards.

Meanwhile, Kayo is Foxtel’s answer to those who want to cut cables and not be reliant on a Foxtel box or the less-than-stellar Foxtel Now. And while Optus didn’t kick it out of the park with what amounted to single-sport dominance with Optus Sport, that hasn’t stopped entertainment streaming service Stan from lining up a sideline penalty kick from over halfway and having a punt at scoring subs from rugby union fans. 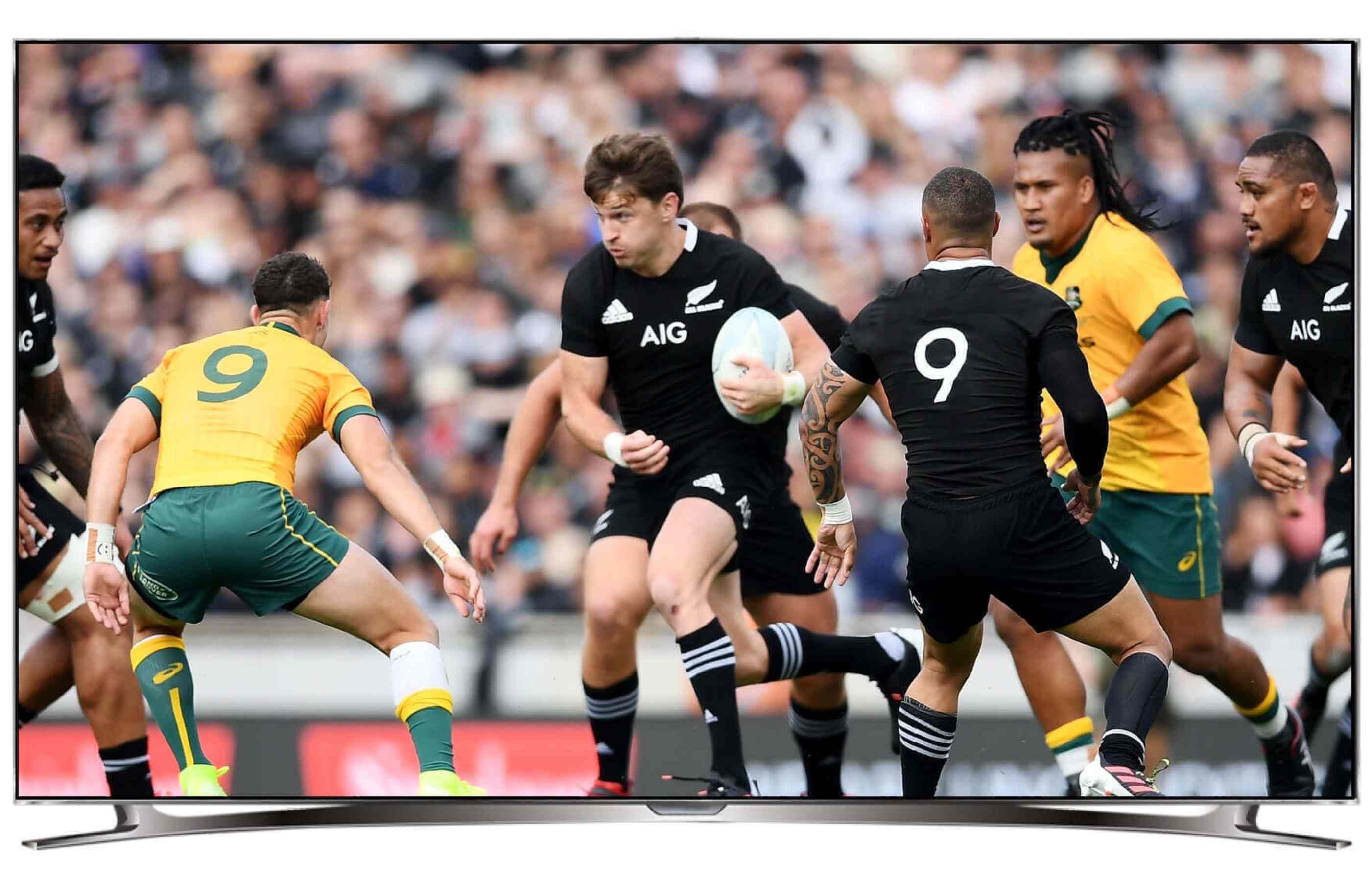 Does Stan have sport channels?

Stan doesn’t have sport channel as in plural sports (not yet at least), but it does have a channel for the one sport it has. Stan Sport is the new home of rugby union. Normally, when people think of Stan, they’re likely thinking of a Netflix competitor that boasts a great selection of the best movies on Stan and exclusive Stan TV shows. In terms of sport, it used to be you were relegated to sport movies on Stan, but now you can watch a whole lot of rugby union.

Later in 2021, Stan Sport is set to get tennis coverage by way of the 2021 Wimbledon Championships, and there are rumblings that Stan is interested in securing A-League rights for soccer fans. These additions will help add variety to Stan Sport, but there’s still a glaring hole for non-winter sports.

What’s on Stan these days?

As of the end of March 2021, Stan is home to a range of movies and TV series from around the world, including Australian content, and now it’s also the home of Stan Sport. Stan is also currently the home of Showtime content from the US, but that’s set to change in the future with 10 All Access evolving into Paramount Plus. As far as rugby union is concerned, here’s the full line-up of content on Stan according to Rugby.com.au:

Select Super Rugby AU matches are available live on 9Gem on Saturday nights, all Wallabies home games against the All Blacks are shown live on Nine, while four select Shute Shield (NSW) and Hospital Cup (Queensland) round games are also shown on Nine alongside one game of each round of the finals. 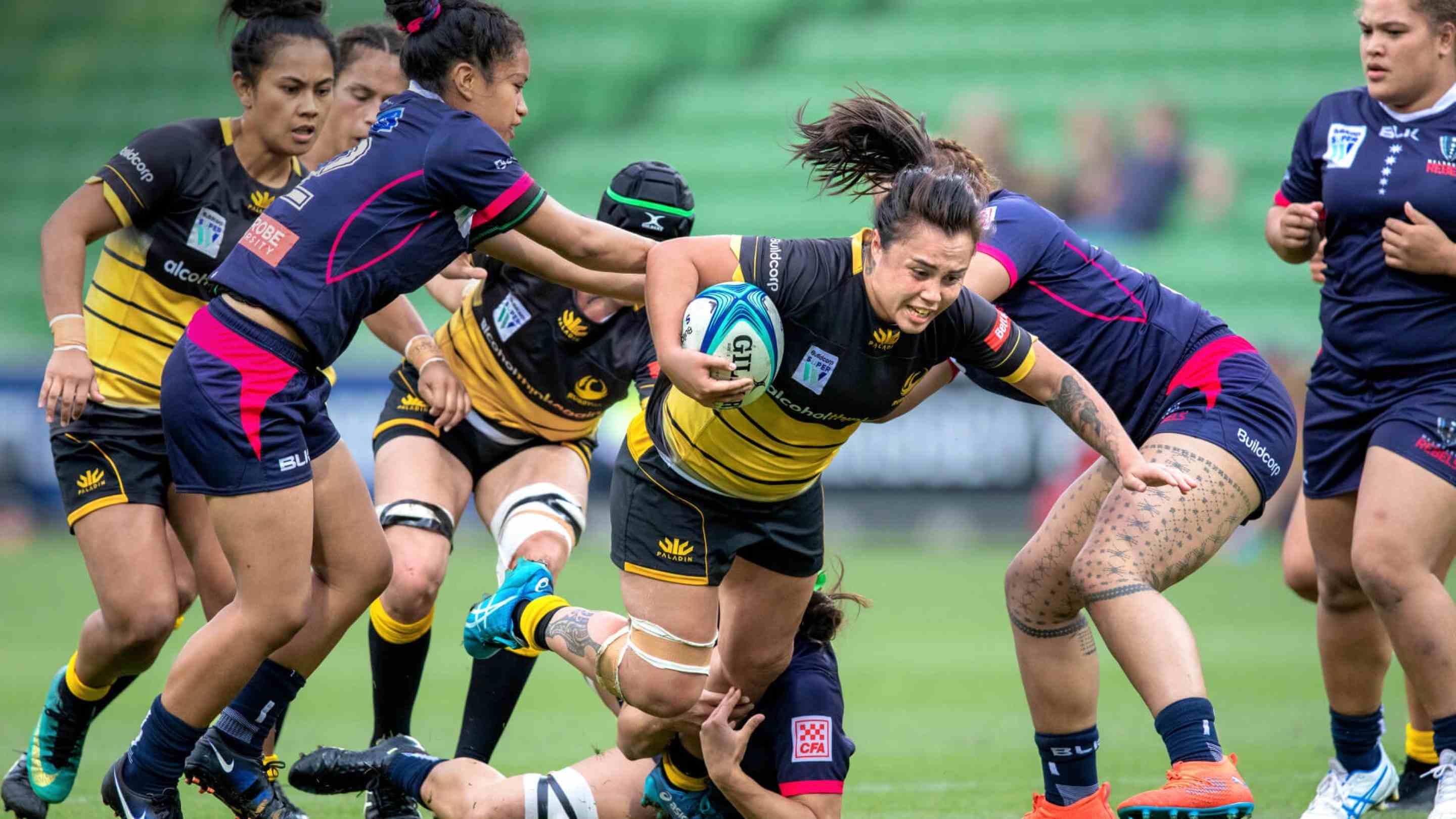 How much does Stan Sport cost?

Below is a pricing table that breaks down what you get for the various Stan Sport subscriptions. The table below combines the pricing of Stan Basic, Stan Standard and Stan Premium with the $10 cost for Stan Sport. All other features are part of those respective Stan tiers, while the Stan Sport add-on is ad-free, has live and on-demand matches, and offers HD streaming.

Is there a Stan Sport free trial?

Who are the Stan Sport rugby commentators? 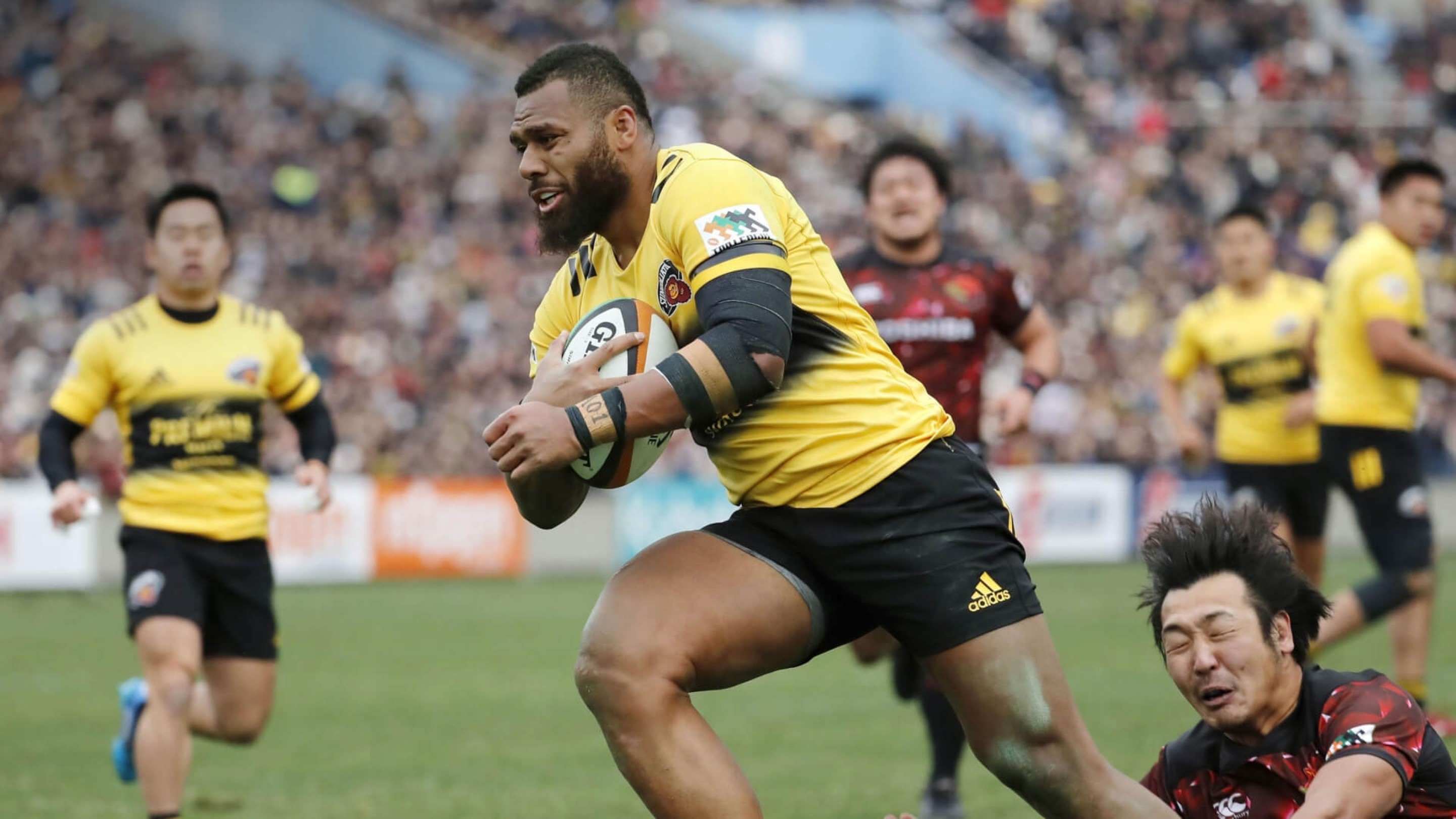 What devices can I watch Stan Sport on?

Many of the same devices you can watch regular Stan on are also compatible with Stan Sport. Regular Stan can be watched on more devices (outlined here; note the platforms that don’t support live matches), but the breakdown of currently supported platforms for Stan Sport is as follows:

Stan Sport isn’t a separate service, which means you can use your usual Stan login details to access Stan Sport via your Stan account. As outlined above, many of the devices that support Stan also support Stan Sport, which means you can watch it via browser on your computer; via Stan app on supported Android/iOS tablets, smartphones or Android TV devices; or as a Stan app for supported TVs and games consoles.

There’s a very obvious full-caps “SPORT” tab at the top of the Stan home screen, which you click on, tap or otherwise select to get to all of the rugby union content. On computers, hovering over the Sport tab offers a breakdown of either Super Rugby or international matches, though the latter was relegated to full-match replays at the time of writing.

Super Rugby is where union fans will spend most of their time, with a carousel of featured matches up top, then a few screens of content broken up into meaningful categories. It’s great to see ‘live and upcoming’ matches featured prominently at the top, with at-a-glance timing for when the matches are being played.

Scrolling down from there, highlights offer a piecemeal way to consume Super Rugby matches, while minis are longer highlight breakdowns that come in at around 20 minutes. Minis have line-up intros for the sides hitting the field, but thankfully these can be skipped if you want to get straight into the good stuff. Strangely, even though I selected the option to automatically play the next mini, I was dropped back to the Stan Sport screen after each one, despite confirming the ‘Autoplay Next Ep’ option was selected in the settings cog.

This settings cog is where you’ll want to head to preserve mobile bandwidth, with video quality options separated into automatic, high, medium or low. Stan Sport is currently only available in “HD” streaming, which feels like a missed opportunity to have 4K streaming that would really deliver on the quality front. According to this Stan Sport support page, live streaming on low (SD) uses 1GB per hour, medium (SD) chews through 2GB per hour, while high (HD) burns through 5GB per hour.

That data usage for HD streaming puts Stan Sport closer to Ultra HD streaming of 4K movies and TV series on Stan (7GB) per hour than the data usage for streaming entertainment in HD (2.89GB per hour). Despite the extra data usage, the quality isn’t great. Full-body or rugby mug close-ups are good. The mid-range shots that are used for scrums, breakdowns, mauls and tries are decent. But the extremely common longer shots that give you a better look at the full offensive and defensive lines look particularly bad. The bigger the screen, the worse it looks, and not even the AI upscaling of an Nvidia Shield TV Pro can stop faces and player numbers from being so blurry that they’re difficult to decipher.

This lack of quality reminds me of the early days of Foxtel Now, which was similarly hampered by lower streaming quality. Compounding quality matters is the reality that Stan Sport seems to want to get you straight into playback without buffering. On one hand, it’s great from an immediacy perspective. On the other, it means the initial buffering happens while you’re watching, which makes the quality even worse early on. It’s also odd that Stan Sport doesn’t let you download full match replays, highlights or minis to avoid potential data stings of streaming on mobile data or, better still, to potentially watch match replays in higher quality. 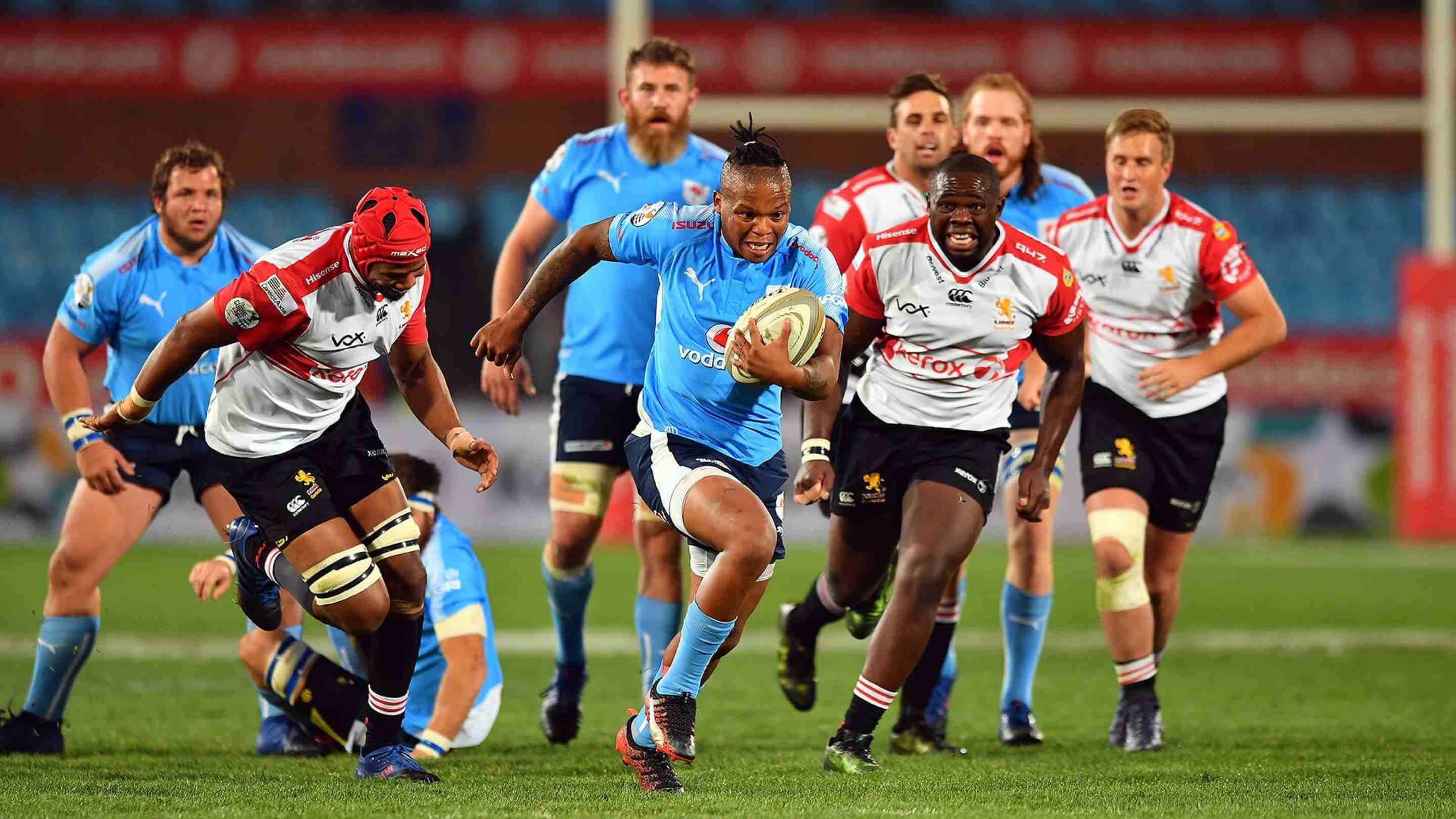 Is Stan Sport at pubs?

According to The Sydney Morning Herald, Stan Sport isn’t in pubs, clubs or sports bars. This means having a cheeky pint while watching live rugby union isn’t on the cards until satellite streaming rights are sorted out.

Anecdotally, I was at a sports bar over the weekend – one that’s coincidentally owned by a former Wallabies player – that wasn’t able to play the Rebels vs Waratahs Super Rugby AU match that was playing live at the time.

While Kayo Sports has its own flaws, it’s a no-brainer pick over Stan Sport unless you’re a rugby union fan who’s willing to pay at least $20 a month just to watch that one sport. For context, the $14.99 that Optus asks for Optus Sport looks better in comparison to Stan Sport, unless you already have Stan, in which case a bolt-on of $10 per month isn’t terrible.

Still, Kayo has better streaming quality with lower reported data usage, not to mention it has a whole lot more sport. If you’re after a single sports streaming service in your home, Kayo Sports is the obvious pick unless you only care about rugby union.

To put those two services into context, take a look at the table below for a quick comparison of every major streaming service in Australia.

Should I get Stan Sport?

Like Optus Sport, it’s more a question of how much you love a particular sport more so than whether there’s incredible value to be found in buying Stan Sport. During Super Rugby season, the $10 additional cost for Stan Sport is easy to justify for rugby union fans who can watch four live matches a week as well as a wealth of replay options, classic matches, local leagues and union-related shows.

But with COVID-19 still impacting international sports and the Super Rugby tournament wrapping up in May 2021, the value of continuing to pay $10 a month for out-of-season rugby union content is still very much up in the air (even with other potential winter sports incoming). Additionally, with soccer on Optus Sport, rugby union on Stan Sport and almost everything else on Kayo, it’s a scary thought that more sports will be split into more single offerings on streaming services, meaning the sports fan who loves a breadth of sport is forced to pay for yet another subscription.

We’re bigger fans of Stan than Stan Sport, but there are a few too many quirks and a seasonal amount of live content that hold back Stan’s first foray into sports.