Loads of home-grown content call Paramount+ home, but is a Matt Okine comedy special enough to justify $8.99 a month?
​

Quick verdict: is Paramount Plus worth it?

Paramount Plus is a bit of an underdog in the streaming service wars; it’s an oft-overlooked small player struggling to find its place. Comedy specials from homegrown talent that you won’t find on other platforms is a good selling point, but will it be enough to lure viewers long term?

Not many new releases 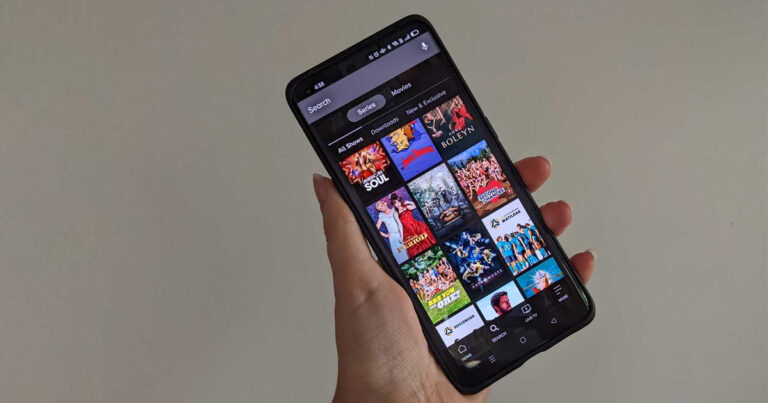 Paramount Plus might be overlooked as a streaming platform, but there are definitely some gems in there that are at the very least worth the 7-day free trial. You can catch up on loads of Channel 10 content like The Bachelor and Survivor (hello on-demand Jonathan LaPaglia), locally-made TV series like Five Bedrooms and Spreadsheet and live comedy performances from the likes of Celia Pacquola, Matt Okine, Anne Edmonds and Geraldine Hickey.

It’s not just Aussie TV shows that you can watch on Paramount Plus though. In fact, it replaced an existing streaming service, the didn’t-quite-catch-on 10 All Access (hence all the Channel 10 shows). Paramount Plus combines the television shows from CBS with content from the various properties under the wider ViacomCBS banner, including but not limited to Comedy Central, Nickelodeon and MTV.

This means shows like Broad City, Drunk History, Aah! Real Monsters (oooh, remember that 90s show? Oblina 4eva), The Angry Beavers (another 90s gem) and Californication are all on the platform to stream to your heart’s content.
Not to mention movies like Crazy Rich Asians, A Quiet Place, Wonder Woman, Aquaman and Pulp Fiction on the bill too.

Fun facts about Paramount Plus

Paramount Plus offers monthly and annual subscription options in Australia. The monthly plan costs $8.99 per month and the annual plan costs $89.99 per year, which works out at $7.49 per month (15% off).

That's a fraction cheaper than Netflix, Stan and Disney Plus, though it is more expensive than Amazon Prime Video ($6.99 per month).

Should you subscribe to an entire year of Paramount Plus?

There are definitely benefits to subscribing for an entire year - mainly that it’s cheaper in the long run. If you sign up for the full year it’ll protect you against any sudden price hikes during that time, as opposed to if you were paying monthly.

If you do opt to pay $89.99 annually, it’ll bring the monthly cost down to around $7.49 instead of $8.99. If you’re still on the fence and saving money doesn’t phase you, sign up for the 7-day trial and see if there’s a year’s worth of content that you’ll think you enjoy. You might love watching Survivor tribal council re-runs all year 'round, or you might find you’ve exhausted your viewing options in a few months. 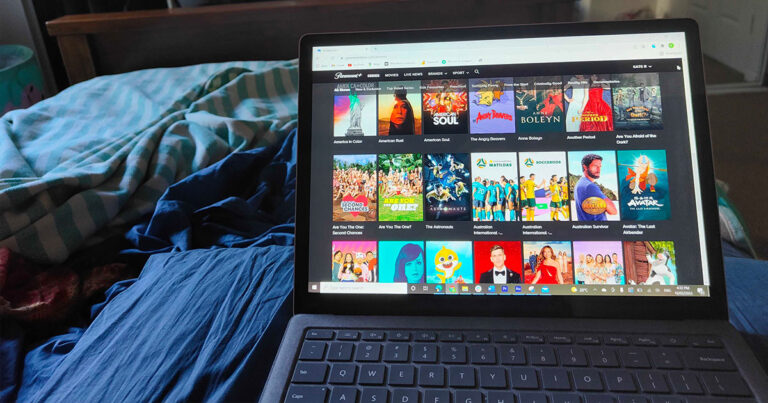 How does Paramount Plus compare?

See how the new streaming service stacks up against the competition.
View Plans$6.99 4K 3

Paramount Plus app and features

The home page on desktop for Paramount Plus is set up in an intuitive, easy-to-search format. The top navigation panel lets you search by movies, TV shows, live news, brands (MTV, Nickelodeon, Nick Jnr, Smithsonian, Comedy Central, Showtime and Exclusive content) and then sport.

As you scroll down there are buttons with each brand for even easier navigation, and then a selection of suggestions; trending shows, trending movies and the ‘keep watching’ section.

When you click on a movie title, rather than giving you the option of reading a quick synopsis or seeing who’s in the cast, it will take you straight to a page where the movie will begin to play. This can be frustrating when you’re yet to decide on a movie and just want to do some research first. However, there is at least a synopsis below the movie screen, so you can quickly pause while you decide whether the movie is worth pursuing.

TV shows however take you to a home page where you can read the synopsis, see the episodes and watch a trailer.

There’s no intuitive search feature, either. When searching ‘My Big Fat Greek Wedding’, a movie not available on Paramount Plus, it simply told me the movie was not available and suggested some (irrelevant) trending shows instead, rather than a selection of similar style movies. 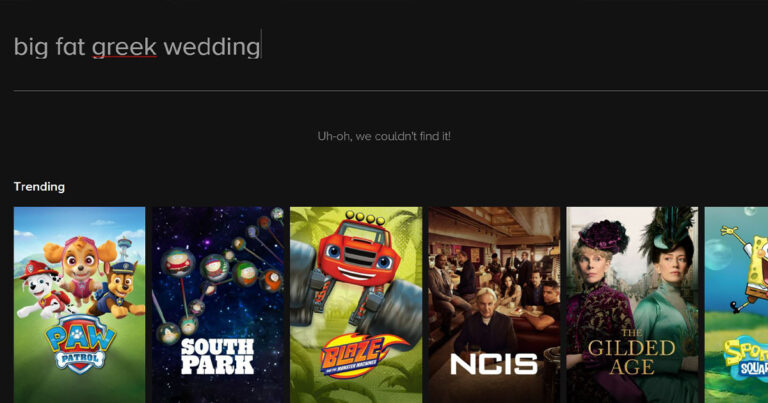 If you want to add subtitles, click the ‘speech bubble’ icon when the movie/TV show is playing, and you’ll be able to turn on subtitles. They’re a bit hit and miss - while watching Aah!! Real Monsters, the subtitles were about 6 seconds ahead of what was happening on screen. They’re supplied by Nickelodeon though, not Paramount Plus. They were accurate when I watched Batman (and Jack Nicholson’s superb performance).

The process should be the same for Apple and Android devices; click the speech bubble icon in the top right corner and select subtitles.

While free trials seem to be getting rarer and rarer, luckily Paramount Plus still offers a try-before-you-buy. You can sign up for a 7-day free trial, which should give you enough time to check out Paramount Plus’s library and decide if it’s the streaming platform for you. After that first week, subscribers will be charged $8.99 for their first month as a customer or $89.99 upfront for the year, depending on which plan you choose.

Try Paramount Plus with a 7-day free trial

What kind of content is on Paramount Plus Australia?

Movies on Paramount Plus Australia

Let’s cut to the chase - there aren't loads and loads of fresh-from-the-box-office flicks on Paramount Plus. If catching the newest and shiniest movies are your jam, you may find the movie selections here lacking. But, there are plenty of old favourites to keep you entertained, including from some big-name franchises. Let’s break it down by category.

Thanks to its partnership with Nickelodeon there are plenty of kids movies on offer, like Paw Patrol Mighty Pups, The Addams Family Values, loads of JoJo Siwa movies and Dora the Explorer spin-off movies, like Dora Saves the Mermaids.

If you’re looking for something groovy, Mike Myers spy-spoof Austin Powers is available on Paramount Plus. You’ll also find comedies like The Hangover, How to Lose Friends and Alienate People, as well as plenty of rom-coms like How to Lose a Guy in 10 Days, Failure to Launch, and Monster in Law. Then there are satirical comedies, like Eugene Levy’s dog show parody Best in Show and the mockumentary of The Room Director Tommy Wiseau, The Disaster Artist.

For lovers of Aussie stand-up comedy, there’s more than you can poke (and then pull) your finger at. Matt Okine, Geraldine Hickey, Akhmal, Arj Barker (he’s an honorary Aussie, I guess), Dave Thornton, Celia Pacquola, Kitty Flanagan, Lawrence Mooney, Jimeoin, Steph Tisdell and Tom Gleeson and all have stand-up shows on Paramount Plus.

There are some very familiar titles in the Paramount Plus library, so if you fancy a trip down memory lane, catch titles like Forrest Gump, The Lord of the Rings trilogy, the entire Star Trek franchise, Beetlejuice, Clueless, A Beautiful Mind, The Mask and Interview with the Vampire.

Get out the tissues and pop on one of the many dramas on Paramount Plus, including The Notebook, The Colour Purple, Ghosts of Mississippi, Good Will Hunting, Stanley Kubrick’s Full Metal Jacket and The Last Samurai. 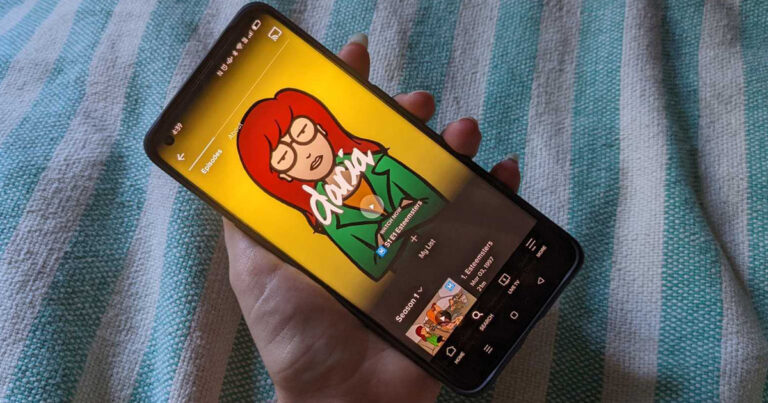 TV shows on Paramount Plus Australia

If you’re not just looking for TV shows to appease your child (or your inner child) there’s comedy like Broad City, The King of Queens, Frasier, The Big Bang Theory and Why Women Kill. If you prefer more serious shows to binge, you’ll also find shows like The Luminaries, Yellowstone and its prequel series, 1883, David Lynch’s surreal Twin Peaks and the much-lauded Yellowjackets.

Prefer your TV with an ‘M’ in front of it? Catch classics like MTV Cribs, The Hills, and Geordie Shore.

And of course, loads of shows you’ll find on Channel 10, like Masterchef Australia, Survivor Australia, The Amazing Race: Australia, Bachelor in Paradise and this reviewer’s personal favourite, The Doghouse Australia.

What devices can I watch Paramount Plus on?

If you’re subscribed to Paramount Plus, you can use the below streaming devices and platforms to stream.

Conclusion: Is Paramount Plus worth checking out?

It’s certainly worth at least signing up for the seven day trial of Paramount Plus, especially if you want to binge 90s cartoons and catch stand-up shows. As for signing up for a yearly subscription? So much of the content - namely the stuff you’ll find on free-to-air anyway, is not really the kind of streaming content you go back to watch on-demand over and over again.

Yes, there are gems in there, enough to keep you entertained for a couple of months, perhaps. But for the most part, Paramount Plus falls into the category of ‘sign up when there’s something specific you want to watch’ streaming service (like Britbox, or Shudder), rather than a staple like Netflix.