Shudder is a streaming service that isn't afraid to take risks on original content.

Dubbed the Netflix of Horror, Shudder is a streaming service dedicated to the grim, ghoulish and gory and it's finally available in Australia. But has it been worth the wait? Is Shudder worth the $6.99 per month ticket price? And is its library of gory goodies enough to make it the best Aussie streaming service for horror fans? Or would you be better off navigating the horror libraries of regular haunts, like Netflix, Prime Video and Stan? Let's dig up the answers to all this and more.

Nothing shocking as far as features go

Shudder's website and app are both laid out pretty well. There aren't any real shocks or surprises, and no mad innovations, but there are a lot of ways to discover something new to watch, especially if you prefer one sub-genre over another. You can flick between Supernatural, Killers, Creature Features, and Paranormal, to name a few.

There's also a Shudder TV section, a linear stream showing an endless playlist of movies curated by the Shudder team. We have no idea why anyone would want this though. The one time we trialled it out, we were met with a major spoiler for a movie that was just about to roll credits.

Horror fans can also write reviews and score each title out of five skulls, which is a neat feature not seen very often. Comment moderation is a hell of a job, but someone at Shudder is doing God's work. Just how helpful these reviews are is up to the reader. As user MonkeyButt69 demonstrates here for the notable terrible Verotika, recommendations are often made in jest. 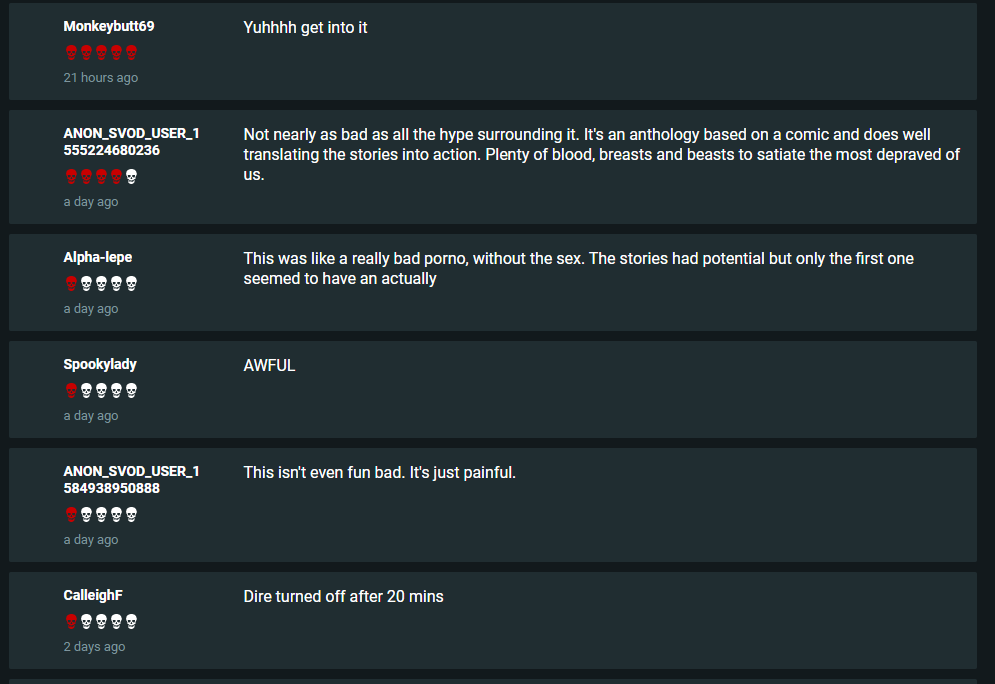 Shockingly thin library with a few originals to die for

Of course, a streaming video service is only as good as its catalogue of content, and at launch, horror fans will find the list of TV shows and movies on Shudder Australia to be lacking some key cult-favourites and classics (or as Shudder calls them, Slashics). Like any streaming service, Shudder needs time to grow, but its shortcomings are painfully obvious when you compare the local library against what's available in the U.S. At launch, there was just a third of the number of movies available here as they have overseas.

Though, if years of streaming wars have taught us anything, library size doesn't sell subscriptions. It's all about must-watch exclusives and originals. Shudder easily makes up for its smaller collection with some truly excellent original content, shows and movies that Shudder has produced itself that you can't see anywhere else.

At launch, there were 25 original movies and 5 tv series developed by Shudder, and it's only upping the ante, with 22 original movies released in 2020 alone. Like any original content (especially content churned out at that rate), the quality wavers, but at least there's a good mix of nationalities and languages represented. Only seven of those films were filmed in the United States, while the rest is made up of quality content hailing from South Korea, Indonesia, Belgium, France, Sweden, Guatemala, Canada and Norway. There's also a TV show from New Zealand called The Dead Lands which was developed in partnership with TVNZ.

While we haven't watched every original available (yet), we love what we've seen so far. Movies like Host and La Llorona are fun, fresh takes on classic genre stories, and TV series like Cursed Films and Creepshow are interesting and well-produced at the very least.

Just for the originals alone, Shudder is worth $6.99 per month, at least until we run out of originals to watch (which at this rate, looks pretty unlikely). 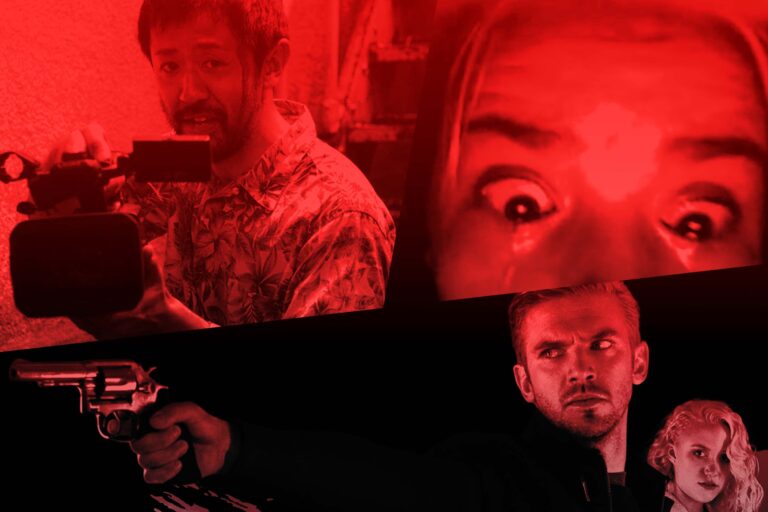 Already subscribed to too many services?

For those of you who do want the classics, maybe you don't need to sign up to Shudder at all. Other streaming services, like Netflix and Prime Video, all have decent horror movie sections, it's just hard to find everything in one place.

If we take a look at some of our favourites films from the top-rated horror movies of all time we find: The Exorcist is on Binge, The Texas Chainsaw Massacre and Hellraiser are both on Tubi, It Follows is on Shudder, Midsommar is on Prime Video, It is on Netflix, as is Shaun of the Dead and Don't Breath, and Foxtel has Us, 28 Days Later, and The Silence of the Lambs.

The point is, there isn't one place where all of these classics live. Plus, we'd argue that, as horror fans, we're always on the hunt for something new - a hidden gem - rather than returning the same handful of classics over and over. And if that sounds like you, then Shudder is a great new platform to explore even if the library needs to fill out a bit. 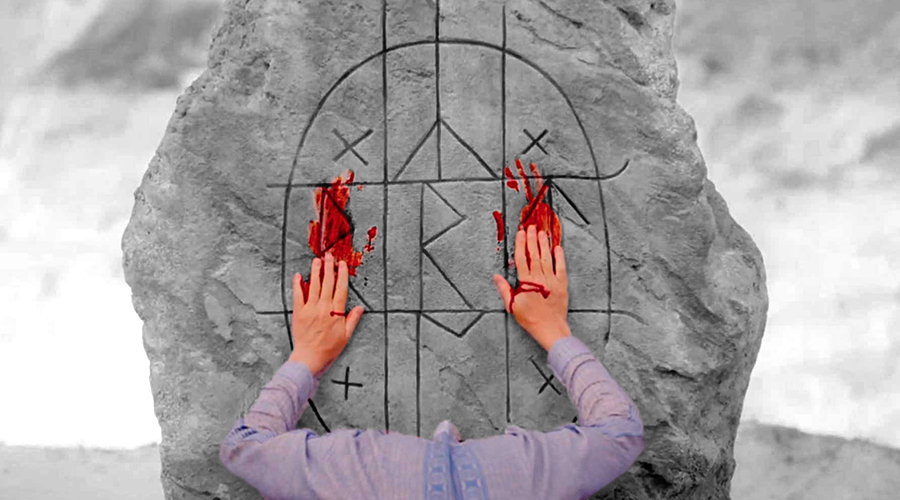 What's the verdict on Shudder Australia?

So for our money, we say whip your credit card out and sign up to Shudder, which incidentally has a 7-day free trial.

The other takeaway from all of our research for this review is that you need to check out Tubi too. It's a free-to-watch, ad-supported, streaming service and it has an enormous horror section filled with the wildest mix of the good, the bad and the awful. There are out-and-out classics like Day of the Dead and Re-Animator, but also soon-to-be classics like Sharkenstein, Hot Wax Zombies on Wheels, The Zombinator and Gingerbreadman vs Evil Bong.

That's it from us. Let us know in the comments whether you think Shudder is worth your hard-earned coin. We think it's worth a shot, but you might feel like you're already spending more than enough on TV right now.