Tubi review: What is this free streaming service and is it worth it?

This free, ad-supported streaming service is home to some real gems - you just have to look for them.

Our verdict on Tubi

Tubi's free streaming service is a pleasant surprise, with a wide range of classic and quirky movies and TV series. It's ad-supported, but you'll run into more ads on free-to-air than while watching one of Tubi's B-movies.

We’ve all heard of Netflix, Stan and Amazon Prime Video, but there’s a lesser-known, kinda weird cousin in the streaming family that we’d like to introduce to you - Tubi.

Tubi is a free-to-use streaming service that was acquired by Fox in early 2020. It was first launched in the US back in 2014 but only made its way to Aussie shores in late 2019. And, in case you were wondering, it is legal. Unlike most services’ subscription models, Tubi is 100% ad-supported. If you're in Australia, giving Tubi a go won't cost you a single cent.

Despite this, there aren’t quite as many ads as you might expect. According to Tubi’s support centre, their ad breaks are short (one to two minutes long) and only disrupt your viewing every 15 minutes or so. To test it, we watched a movie and a couple of TV episodes and only encountered about half a dozen ads. Realistically, you’d probably catch more during an episode of MasterChef. 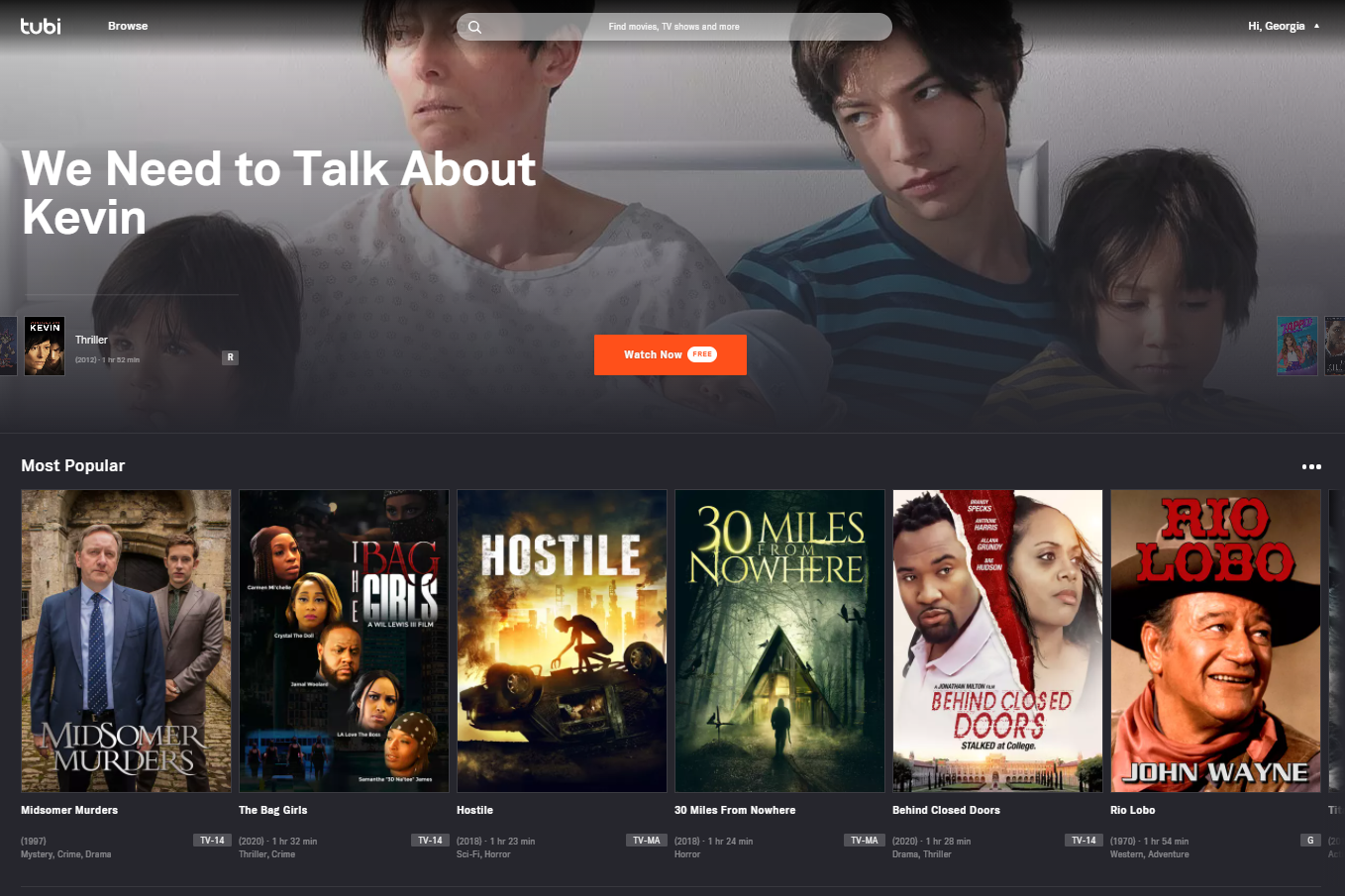 What’s worth watching on Tubi?

It’s what you came here for, right? To find out if the content is worth a few unskippable ads? In our opinion, you really can’t go wrong. Tubi’s Australian offering launched with over 7,000 titles, however, the company expects to expand the catalogue to match the US and Canada’s 20,000-strong service.

There seem to be three major categories of content on Tubi: Classic films and TV series, quirky independent flicks and docos, and B-movies - a LOT of B-movies.

In the classics corner, we have a surprisingly good range of iconic TV series and even films by the likes of Hitchcock (the 1954 thriller Dial M for Murder) and Stanley Donen (Charade, starring Audrey Hepburn and Cary Grant). There’s also a decent selection of old-school spaghetti westerns starring John Wayne, Charles Bronson and Peter Fonda. Otherwise, if you feel like channelling your inner detective, there are nine seasons of Midsomer Murders and eight seasons of Crime Stories to keep you busy. 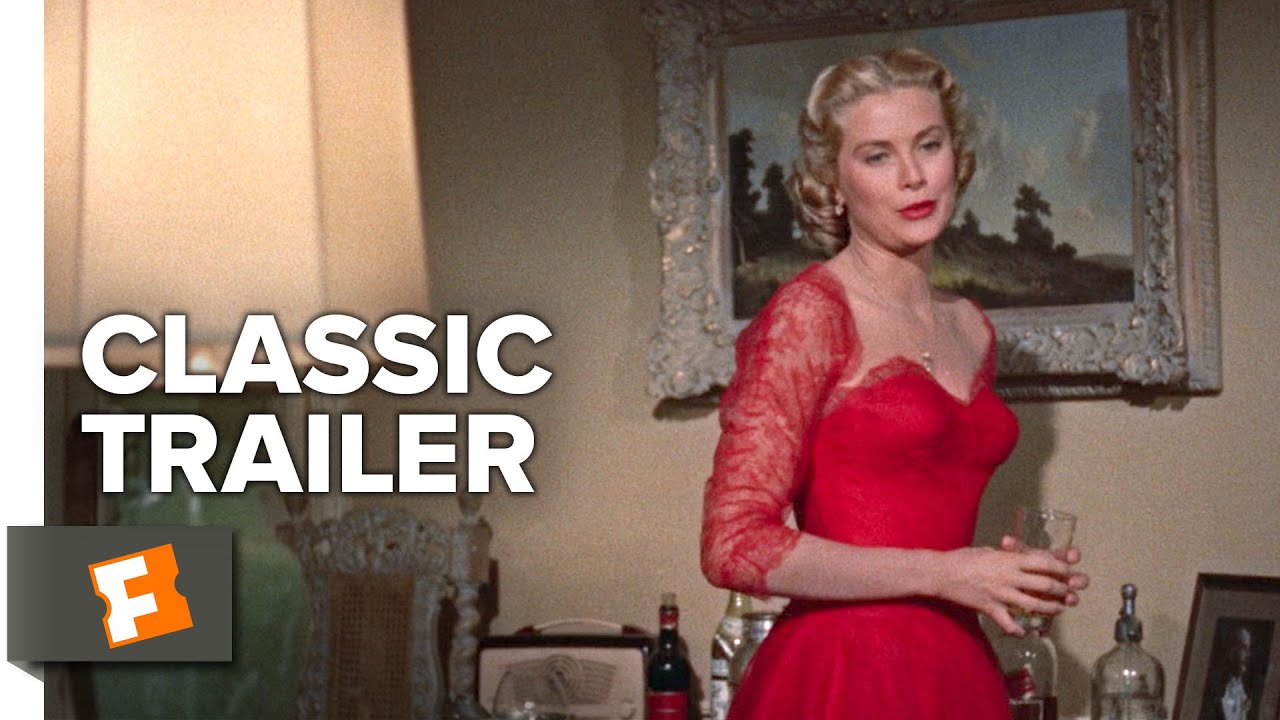 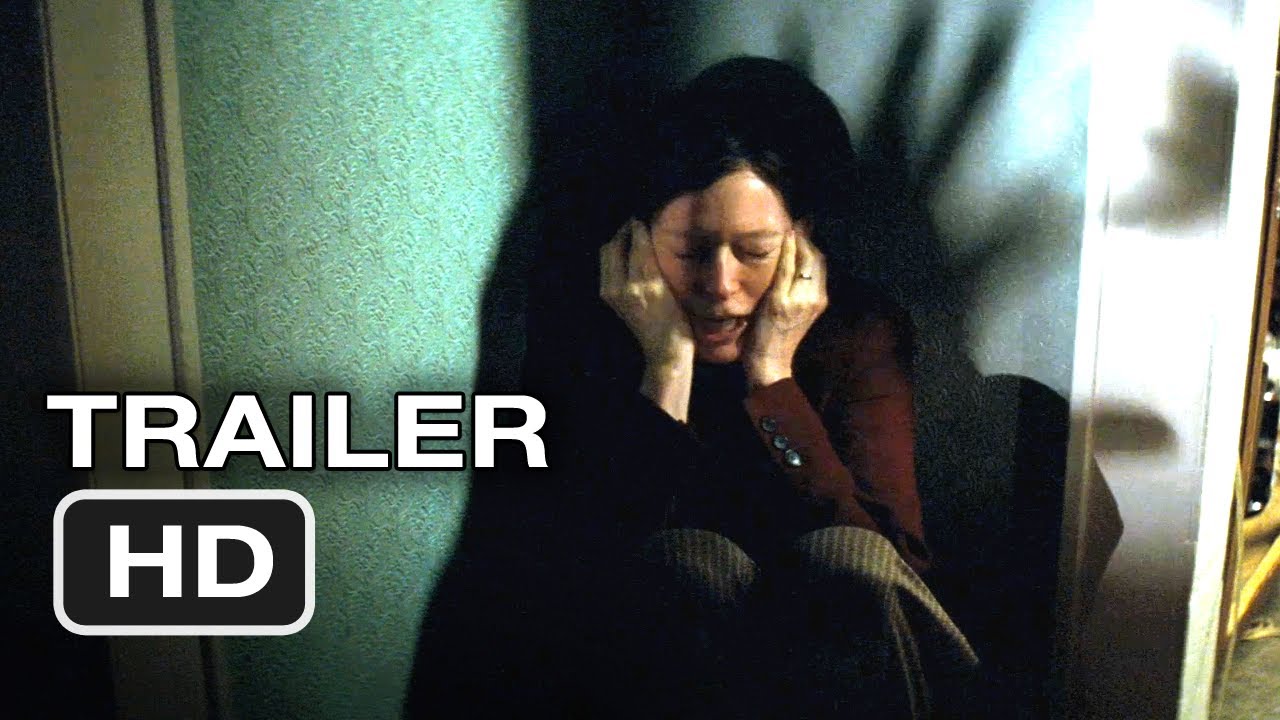 Now, on to the really fun bit - the B-movies. Did you know there was a Titanic 2? Or a Triassic World? Neither did we, but they exist, and you can find them (along with one of the biggest mockbuster selections we’ve ever seen) on Tubi. There are literally thousands of low-budget, Sharknado-esque creations floating around, just waiting to be watched. We’re talking Alien Predator (not to be confused with Alien vs. Predator), Avengers Grimm: Time Wars (nope, not Avengers: Infinity War), and, my personal favourite, the Indiana Jones Jack Hunter trilogy. 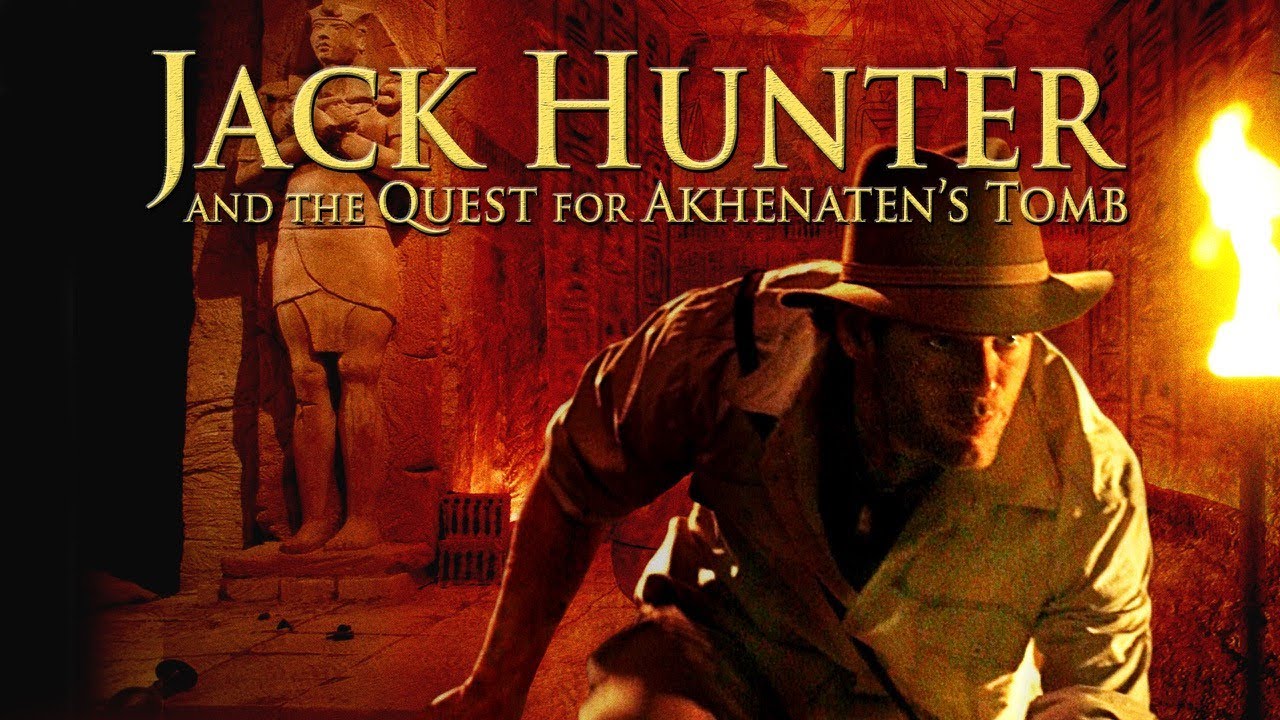 How can I watch Tubi?

Even though it’s a free streaming site/service, Tubi has most of the bells and whistles of the subscription-based behemoths. The website is intuitive and easy to use (although the search function could use some work) and you don’t even have to sign up to watch content. Like Netflix and Stan, you can create a watch list, but don’t expect any AI-assisted fancy recommendations based on what you’ve watched or rated.

For all your on-the-go B-movie needs, the iOS and Android apps are both really robust. However they lack the ability to download content for offline watching, so you’ll probably end up chewing through quite a bit of data.

Prefer to watch Tubi on the tube? Done. They’ve got an app for Apple TV, Android TV, Samsung, Sony and Vizio Smart TVs, Xbox and PlayStation, as well as Chromecast support. We tested the Tubi app on a PS4 and Chromecast device, and both were extremely smooth experiences.

Let’s rip the bandaid off: Tubi definitely isn’t 4K. It’s not even 1080p. In fact, the best you can expect is 720p - and even then, many older films and TV series can’t even hit that. Realistically, no one’s watching Tubi to show off their new state-of-the-art telly. But it’s still pretty good for what it is - free.

What are the pros and cons of Tubi?

It should go without saying, but Tubi's biggest asset is the fact that it doesn't cost you anything to watch. Other pros of the free streaming service include the fact that it's available on an impressive number of platforms, with Android, iOS, Xbox, Playstation and a number of Smart TV brands included among the list.

As for the cons, the fact that content caps out at 720p is a pretty big one. The inability to download content to your device and watch it later is another clear area where Tubi can't keep up with the competition. Even newcomers like Paramount + supports offline playback.

While the advertisements that you'll get when watching Tubi are another con compared to the option streaming services out there, they're not as much of an imposition as you might expect.

The size and diversity of the library of TV shows and movies on Tubi itself is something of a mixed bag. While those who are fans of B movies  and similarly sketchy cinematic fare may find something to like about it, it's a far cry from the modern and prestige content you can find on other streaming services.

Check out the table below for a round-up of how Tubi compares to the other streaming services available in Australia.

Tubi is free to watch. Unlike other streaming sites, it does charge a subscription fee. Instead, the platform relies on third party advertisements.

If that promise of free movies is setting off alarm bells for you, worry not. Tubi is entirely legal and safe to use from a legal perspective. Some of the ads you see here might make you cringe, but otherwise Tubi is just as safe as something like Netflix or Stan.

If you are still worried, you can always sign up for a free VPN for streaming to cover your tracks. Just be aware of the downsides.

Tubi offers parental controls for both those accessing the free streaming service via a web browser or the Tubi app.

If you're watching Tubi through a web browser like Safari or Firefox, the fastest way to enable parental controls is to click on your account name. This should be located on the top right corner of the page. From there, click on Account Settings and then navigate to the tab marked Parental Controls.

If you're watching Tubi through the Tubi app, open up the Settings menu by pressing the left directional button until you reach the navigation column. Once you're there, navigate to the Parental Controls section and select your rating level of choice.

According to the Tubi website, it may take up to 24 hours for any parental controls to take effect.

When it comes to reviewing streaming services like Tubi, we give equal thought to both the content offered by the service itself and the effort that's gone into the experience of watching it. Just because one streaming service has more or less content than another doesn't tell the full story.

These days, features and user experience matters just as much. Not all streaming apps are born equal, and whether you can watch content in a resolution that suits your TV or on a device that suits your needs matters. Some of the things we consider in our reviews include:

In the case of Tubi, the differences between its ad-based business model and the subscription-based competition are also important to consider. The fact that Tubi is free does lend the service some leeway when it comes to cutting corners.