Vodafone mobile may not compete in the budget end of town, but they do offer great plans that start at around $40 a month. The more you spend, the faster your capped data speeds when you use up all of your max-speed allowance, too, which translates to limitless data. 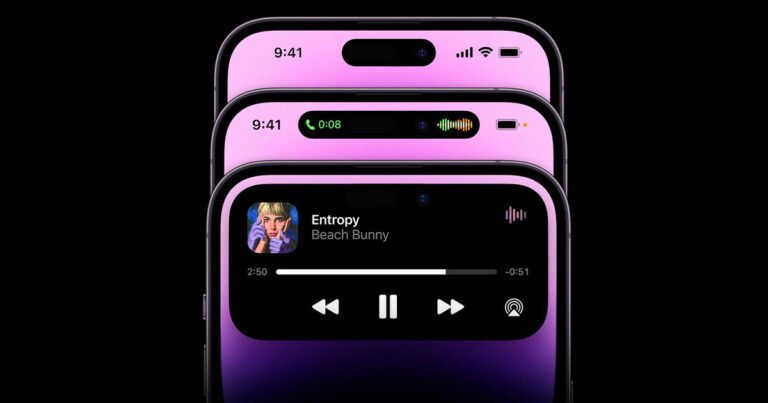 Since Vodafone's postpaid plans tend to start at a lower price-point than Optus and Telstra, it's a sure bet for those looking for the best value for their money when it comes to iPhone 14 plans. The most affordable option here is likely to be the

Priced at $40 per month, Vodafone's $40 Lite Plan includes 40GB of Max Speed data (for a limited time) and unlimited rollover data (capped at 2Mpbs) plus standard national calls and text. The unspoken downside here is that Vodafone's 5G coverage is much smaller than that of Optus and Telstra.

Great value as long as you don’t mind paying more than $30 a month.

Vodafone's plan range will cover the needs of most phone owners, though there is an absence of plans under $30, except when there’s a promotion that brings the typical pricing down. Normally, under $30 is a popular price point for BYO phone shoppers.

We've noticed the price and value of Vodafone's no-contract SIM plans fluctuate a bit over the past six-or-so months, but happily it is in a good place right now. The current plan range is generous with data, and tends to compare well to Telstra and Optus, especially if you're in the market for a new smartphone.

We also like that the Vodafone smartphone range extends beyond just iPhones and Samsungs to include handsets from Oppo, Nokia, Motorola and Google.

Currently, the most popular Vodafone offering is the $40 SIM Only Lite Plan. It comes with unlimited standard national talk and text, 5G network access, 10GB of data (with 70GB of bonus data at the time of updating), discounted monthly pricing, and three months of Amazon Prime access. That’s a lot of perks packed into a single plan.

One of Vodafone’s better perks across SIM Only, Postpaid and Prepaid plans is ‘limitless data’. All Prepaid plans are capped at up to 1.5Mbps speeds if you go over your max-speed data allowance, but the SIM Only/Postpaid plans offer faster capped speeds the more you pay.

This is a great way to help avoid bill shock, and it’s something that Telstra and, most recently, Optus now also offer, albeit those two telcos are capped at 1.5Mbps apiece.

You can see all of Vodafone’s available plans below.

Vodafone's network footprint is smaller in comparison to Telstra and Optus, it's true. But truth be told, the most Australians can still get a reliable signal on Vodafone these days. That includes Vodafone's various MVNOs (TPG, Kogan Mobile, etc.). Like Optus, the coverage of Vodafone's MVNOs is the same as its 4G network.

If you're worried about whether Vodafone can service your area, take a look at the coverage map below. If your address (and the places you regularly visit) are covered in purple, you should be absolutely fine with Vodafone coverage. There are still other factors that might impact your signal, but the map above is a reliable indication of Vodafone's coverage in Australia.

Vodafone is also one of the few providers that offers discounted phone plans for seniors, with 10% off all its Infinite Plans for eligible customers.

Eligible services include phone, tablet and mobile broadband plans of $30 per month or more, and NBN 50 and NBN 100 services. If you’re in the market for NBN and want that bundle discount, Vodafone tends to provide great typical evening download speeds. You can see Vodafone two relevant speed tiers below that will let you nab the bundle discount.

Speaking of bundling, Vodafone wants to entice gamers to sign up to its services. If you have two or more eligible Vodafone services, you can register your interest for interest-free repayment options for a PlayStation 5 (available from 2021).

For Postpaid and SIM Only plans, the perks get better. All SIM Only/Prepaid plans come with an international call allowance, except for the cheapest $40 SIM Only Lite Plan. Still, those perks outlined in the previous section make for attractive offerings from Vodafone. Check out all of Vodafone’s SIM Only plans below.

And here’s how Vodafone SIM Only plans stack up against popular picks from other telcos.

While phone plans have no lock-in clauses, and you’re free to switch plans at will, when you’re buying a phone, even on an interest-free repayment term, you’re still signing a contract. If you wish to leave Vodafone, you'll need to pay out the balance of what is owing on the phone. This condition is similar to Telstra and Optus phone plans too.

The real benefit for existing customers on a Vodafone Red Plan is that you can move freely from plan to plan, hunting down the best phone plans as they come up.

If something goes wrong or you have a question, Vodafone has you covered. Whether you prefer Twitter or Facebook, expect a speedy reply to any questions. There’s also an online chat service and customer forums where you can find more helpful information. Despite limitless data, you can still check in on your max-speed data remaining via the Android or iOS app, or by logging into your account on the Vodafone website.

If you look at user-generated scores on websites like Product Review and Trustpilot, both are below two out of five. That said, Google is at a comparatively respectable 3.9 out of five, which is slightly higher than Telstra but just below Optus.

Take your pick of Vodafone mobile plans below, then click the corresponding ‘Go’ button to start the sign-up process. If you change your mind once you reach the Vodafone website, use the Mobile drop-down menu to browse ‘Plans with Phones’, ‘SIM Only Plans’, ‘Prepaid Plans’, or anything else that catches your fancy. The steps for signing up are incredibly straightforward and there are handy FAQs at the bottom of plan pages that offer handy insights.

You can see all Vodafone mobile plans below.

How we review mobile providers

For more information on how we review mobile providers like Vodafone, check out this page.

What is the cheapest plan for Vodafone?

The cheapest plan for Vodafone at time of writing is the Vodafone $30 prepaid recharge. If you want a no-contract plan, prices start at $40 per month.

Can I get a discount on on a Vodafone plan?

Vodafone offers a discount when you bundle its services together. Otherwise you can watch this space to see if Vodafone offer any special deals. If you're looking to save money on a Vodafone plan though, consider signing up to one of its MVNOs.