There’s dollars to be saved if you gun for one of the seven Vodafone MVNOs in Australia. 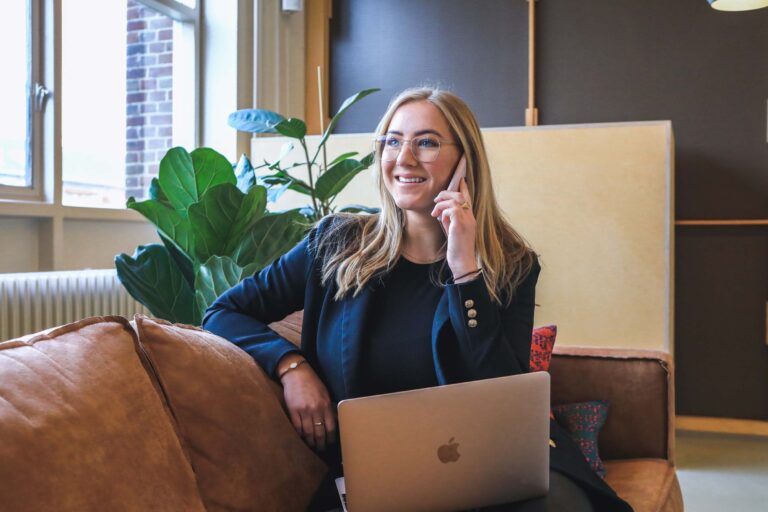 Unlike NBN, buying a mobile phone plan in Australia means you’re making calls and using data on either the Telstra, Optus or Vodafone network. In terms of coverage, Telstra takes out the top spot with its main network (99.2% of the Australian population) and its wholesale network (98.8%) used by Telstra MVNOs, but that’s closely followed by Optus (98.5%) and there’s not much space before you get to Vodafone (96%).

Telstra and Optus may have the bigger networks and bigger rivalry, but Vodafone has made a name for itself by offering great-value pricing and plenty of data. That’s a lot like what most MVNOs offer, regardless of their network, but Vodafone MVNOs have some of the best-value plans in Australia for those seeking a great price with a decent chunk of data.

What is an MVNO?

MVNO is a fancy initialism that spells out as Mobile Virtual Network Operator. Because that’s quite the technical mouthful, we use MVNO for short, but what MVNO really means is a telco that operates on one of the big three networks but doesn’t own that network. Telstra MVNOs operate on the Telstra wholesale network, Optus MVNOs work on the Optus network, while Vodafone MVNO’s sell services on the Vodafone network. The ACCC recently urged mobile users to consider an MVNO over one of the big three telcos to help combat rising costs. You can compare the coverage of each of the three networks to determine which service is right for you.

At the time of writing, there were seven Vodafone MVNOs in Australia, which offer mobile plans across Prepaid plans and SIM Only offerings.

That may look like a handful of options, but it’s worth noting that TPG Telecom owns a bunch of them after merging with Vodafone: Felix Mobile, iiNet, Internode, Lebara Mobile and, of course, TPG. While there is sufficient difference between most of those Vodafone MVNOs, iiNet and Internode offer plans that are effectively identical, which includes promotional pricing and bonus data.

Below is a daily updating list of popular plans from Vodafone MVNOs.

From the list of seven Vodafone MVNOs above, only CMobile offers SIM Only plans, with six plans that range from cheap and competitive to costlier and less competitively priced. CMobile is a rare operator that offers plans on the Telstra (CMobile Blue) and Vodafone (CMobile Red) networks.

Below is a daily updating list of popular SIM Only plans across all three networks.

At the time of writing, no Vodafone MVNOs offered Postpaid plans that could be bundled with a handset. If you want to pay off a handset via a Vodafone plan, check out some options below.

In terms of the Vodafone MVNOs we track in our comparison engine, Felix Mobile and Lebara are the two highest-rated ones, both sitting at 4 out of 5 apiece. Felix Mobile offers endless data capped at up to 20Mbps a month, while Lebara Mobile has a mix of great value and international inclusions. For comparison, below is a daily updating list of popular Prepaid plans across all three networks that have at least 50GB of data.

Pretty much every other Vodafone MVNO sits on a 3.5 out of 5 score in terms of our plan reviews, which includes Kogan Mobile, iiNet and Internode. Kogan Mobile offers the long-expiry Prepaid yardstick by which other plans are measured. iiNet and Internode are functionally the same, both offering ongoing promotional pricing that offer plans with plenty of data for not a big cost in the first six months.

Below is a daily updating list of popular plans between these three Vodafone MVNOs.

Finally, TPG has a 3 out of 5 score in terms of our plan reviews, with great monthly Prepaid value across its four plans. For comparison, below is a daily updating list of popular Prepaid plans from all telcos in our comparison engine (you should expect to see TPG in there).

The best Vodafone MVNO in Australia

Felix Mobile and Lebara are the two contenders for the crown of best Vodafone MVNO in Australia. Lebara offers a selection of Prepaid plans that range from competitively priced 30-day options to long-expiry alternatives that include a decent amount of data as well as international talk and text inclusions.

Felix Mobile, on the other hand, only offers one plan: the Felix $35 Subscription. This monthly Prepaid subscription launched with a not-so-flash 5Mbps speed cap, which was mercifully upped to a far more practical 20Mbps. There are some minor disclaimers, otherwise you can use as much data as you like in the month. Check it out below.

For comparison, below is a daily updating list of popular monthly Prepaid plans across all networks that offer at least 8GB of data.

Of the three big-name telcos, Vodafone tends to offer the lowest pricing while still packing in plenty of data. Granted, at the time of writing, most of that data comes care of limited-time bonus-data deals. Still, Vodafone offers Prepaid and SIM Only plans, all of which have infinite data care of different speed caps.

The other thing that Vodafone plans, particularly SIM Only offerings, tend to offer are perks. If it’s not bonus data, it’s infinite data, discounted pricing, bundle discounts and sometimes additional perks like Amazon Music. More expensive Vodafone plans also have international inclusions, while the range of support options, including in-person assistance, are better than Vodafone MVNOs.

For Vodafone MVNOs, the big reason to consider them is overall value, which usually means a mix of great pricing and a decent amount of data. When we do our monthly picks for best best Prepaid, best SIM Only and best mobile categories, Vodafone MVNOs are regular contenders. Because Vodafone MVNOs don’t have to pay the network costs that Vodafone does, they can run leaner operations and pass on savings to customers.

If you do fancy shifting to or between Vodafone MVNOs, it’s never been easier to move on from your current telco. For comparison, check out the daily updating list of popular Vodafone network plans, which includes Vodafone and Vodafone MVNOs.

At the time of writing, Spintel was the only MVNO in Australia offering 5G plans and that’s via the Optus 5G network. If you want a Vodafone 5G plan, you’ll need a 5G handset and a compatible Vodafone plan. Alternatively, unless it’s locked to a specific network, you can take that same 5G handset and get a plan on the Telstra 5G or Optus 5G network. Below is a daily updating list of popular 5G mobile plans from all three networks. 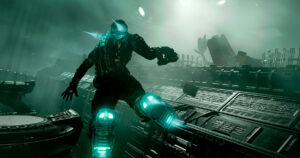 By
Nathan Lawrence
The Dead Space remake makes The Callisto Protocol look bad
Dead Space is the dictionary definition of a mastered remaster. 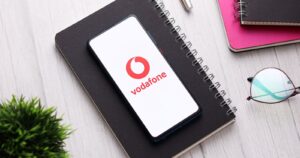