The fastest broadband provider according to the ACCC doesn't have much to offer in mobile.

Quick verdict
There's no denying TPG's mobile plans offer good dollar-for-data value, but that's about the only thing going for them. To keep prices low, TPG has cut out many of the usual perks (like data rollover, for example), and as a result, their customer service reputation has taken a real hit.

TPG's offering isn't the most feature-packed or best mobile plan on the market, but there's no denying the fact that it's good value. TPG Mobile has just four prepaid plans on offer (you'll have to bring your own device), but they all come with decent data allowances, from 12GB up to 60GB per month. Prices range from $20  to $40 per month, but since TPG is constantly running promo deals, you could score one of their plans for half price, so it's worth keeping an eye on their website.

The cheapest mobile plan currently on offer from TPG Mobile is the $20 Small Plan. This comes with 12GB of data. That's not bad, but there are still lots of better deals to be had in the $20 or under price range.

For comparison's sake, here are the most popular phone and SIM only plans in that price range:

Brought to you by the Vodafone network

As of 2022, TPG Mobile is powered by the Vodafone mobile network.

This wasn't always the case. TPG has long been one of Australia's most popular internet providers, and their mobile branch has been around for quite a while too, having launched back in 2008. However, the telco has gone through many changes over the last decade or so - namely, switching their mobile service from the Optus network to Vodafone's (a natural move, given that TPG merged with Vodafone in 2020).

There are a number of pros and cons to this shared infrastructure. Vodafone’s underdog network has come a long way over the last decade but it's still the smallest of Australia’s three mobile networks.

That won’t be a problem for most Australians but if you live in a rural area with no Vodafone coverage, you will want to see what’s on offer from a Telstra MVNO, which tend to cover more of the population.

If you’re considering signing up for TPG Mobile, we strongly suggest checking if your area has sufficient coverage. The TPG 4G coverage map below shows Vodafone’s mobile network reach in Australia. Remember to toggle 5G on or off (depending on your plan) and zoom in to double-check if your area is covered.

To its credit, TPG Mobile's range of phone plans is refreshingly simple to wrap your mind around. There are four TPG SIM only plans to choose from, with nearly identical perks and data caps that range from 12GB to 60GB per month.

You can see all four prepaid options for yourself using the widget below.

Although TPG Mobile does currently offer 5G, it only offers it with certain plans and under the guise of a 5G Network Trial. TPG Mobile isn't the only provider currently framing their foray into 5G like an open beta test, but the fact that they are shouldn't be taken lightly.

Compared to something like Telstra and Optus 5G networks, TPG Mobile's offering seems unlikely to be nearly as comprehensive nor as consistent from a quality of service level.

Getting 5G with TPG Mobile will also cost you more. Assuming you're still interested, you'll have to shell out for the priciest TPG phone plan available as this is the only option that currently includes 5G connectivity.

If you're after SIM-only plans with features like data sharing or data banking, or perks like cheap movie tickets or rewards programs, TPG isn't for you.

To keep prices low, TPG has had to cut all those goodies out, leaving behind just the bare essentials: Calls, texts and data. There's no unlimited data or lack of excess data charges, and if you exceed your allotted data, you'll have to pay $10 for an extra 2GB block.

The only real feature to speak of is international calls. This addition will run you an extra $5/month but it does include unlimited calls to landline and mobile numbers in 37 countries.

If what you're looking for isn't on the list, check out these popular mobile plans with international calls included as standard:

When it comes to mobile phone and internet bundles, TPG does give you the option of saving some money by pairing up its SIM-only phone plans with either a TPG NBN or home wireless internet plan.

However, in all three cases, these discount only kicks in after any sign-up promotion (like the current one) expires. 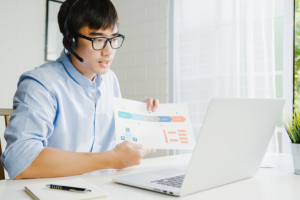 Read our review of TPG NBN

Most Aussie telcos aren't known for fantastic customer service, and unfortunately, TPG Mobile is no different. According to the user-generated reviews site Product Reviews, TPG Mobile has a measly score of 1.7 out of 5. While that doesn't sound great, it is still better than Optus and Telstra's shocking 1.4-star rating.

If you do need help, there are a few channels you can turn to. The TPG website is home to a support hub, which should answer most of the questions you have, and for those that it can't answer, you may find help in the TPG Community, which is the telco's online forum. Alternatively, you can get assistance through the app (more info on that below) or by calling one of the following numbers:

They've also got a support team available on their Facebook page and Twitter, so you can always shoot them a DM if you have an issue.

TPG Mobile: Is there an app?

Yes, there is. TPG’s app is available on iOS and Android and allows you to monitor and manage both your broadband and mobile services. You can monitor your usage, view your bills and get in touch with TPG’s customer support team. And that’s about it. You can’t do a lot of things most modern service management apps offer, such as live chat or paying your bill.

If you're not quite sold on what TPG Mobile has to offer, but like the idea of something similar then it might be worth checking out another Vodafone MVNO like Felix, iiNet or Lebara. You might end up finding a plan with the same coverage, a similar sum of included data and a price tag that's just as budget-friendly.

Check out the widget below for a timely round-up of TPG Mobile alternatives that offer at least 50GB of monthly data (ranked by overall value).

How we review mobile providers

It's not always easy to evaluate mobile carriers in a meaningful way that's useful to everyday consumers. To make things simpler, we’ve come up with a robust checklist of pros and cons that we use to evaluate each of the suppliers. We focus on:

How to check your TPG Mobile balance?

There are two ways you can view your prepaid mobile balance. Firstly, you can check via TPG’s online My Account management system. All you need is your service number and the password you nominated upon sign-up.

Secondly, there’s the aforementioned smartphone app. Again, you will need your service number and password to log in.

Once you’ve logged in to either service, navigate to the ‘View All Mobile Service Accounts’ page, then select ‘View Mobile Usage’. That’s where you can check your balance and recharge your mobile service.

If this all proves difficult, you can always TPG customer service for a helping (?) hand on 13 14 23.

TPG Mobile is owned by TPG Telecom, which is publicly listed on the Australian Stock Exchange.

While it's fair to say that the former is an Australian company, the opaque realities of stock markets mean that calling it an Australian-owned company might be a bit misleading.