Streaming search engine Justwatch has published its Q3 report, showing a dip in interest for Stan and Disney Plus, and increasing popularity for Prime Video in Australia. 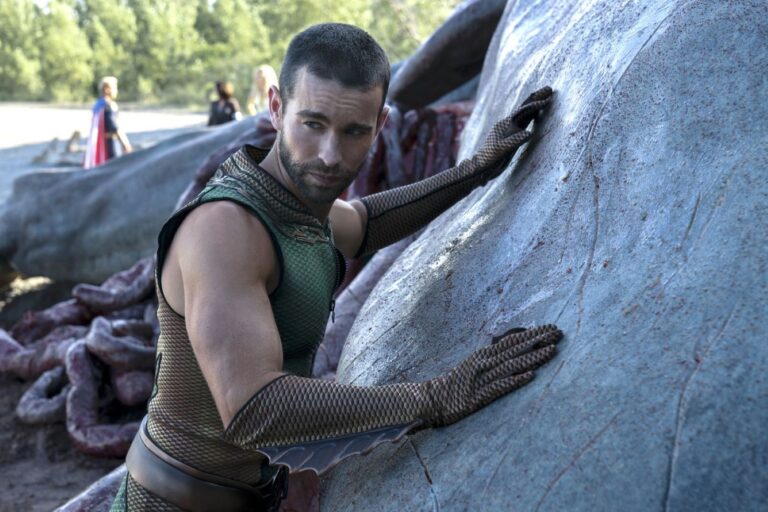 Amazon Prime Video got off on the wrong foot when it first launched in Australia. Much like its online shopping ancestor, Amazon's streaming video-on-demand service failed to deliver an experience comparable to its U.S. counterpart, with only a handful of originals, a scaled-down streaming library, and a subpar user interface, Prime Video Australia was a bit of a dud at launch. But over the last four years Bezos and his Boys have amassed not only one of the most impressive collections of exclusive TV shows, but a sizeable collection of third-party films and series too.

Now, in the rear-end of 2020, it appears the months of lockdown have worked in Prime Video's favour, as streaming search engine Justwatch.com is reporting significant growth for the streaming service in Australia. 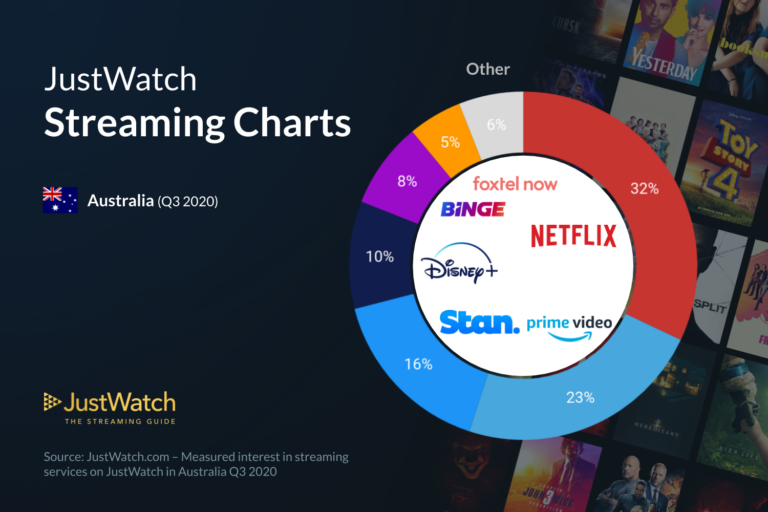 Between January and September 2020, Prime Video continued its uphill climb, rounding out Q3 (July to September) with 23% of the market share in Australia. Netflix Australia held steady throughout the year, keeping its lion's share of subscribers in Australia, but it also didn't experience any significant gains or losses.

Local streaming service Stan, on the other hand, has slowly dropped in popularity over the year, falling below 15% market share by the end of September. Likewise, Disney Plus has experienced a consistent downward trend since January, despite its massively popular Hamilton exclusive. The Mandalorian's highly-anticipated second season could be enough to pull Disney Plus from the maw of the subscriber Sarlacc pit but only time will tell.

Foxtel's Binge only launched in May of 2020 but its had a strong start, eclipsing Foxtel Now's popularity around July 2020. It's nice to see Binge do well. Most of its shortcomings feel like an internal effort to hamstring the service in favour of keeping Foxtel Now alive, but Justwatch's report shows Foxtel Now subscribers have continued to dwindle to no one's surprise. Hopefully that pushes Foxtel to offer more support for Binge, a more affordable service, in 2021. 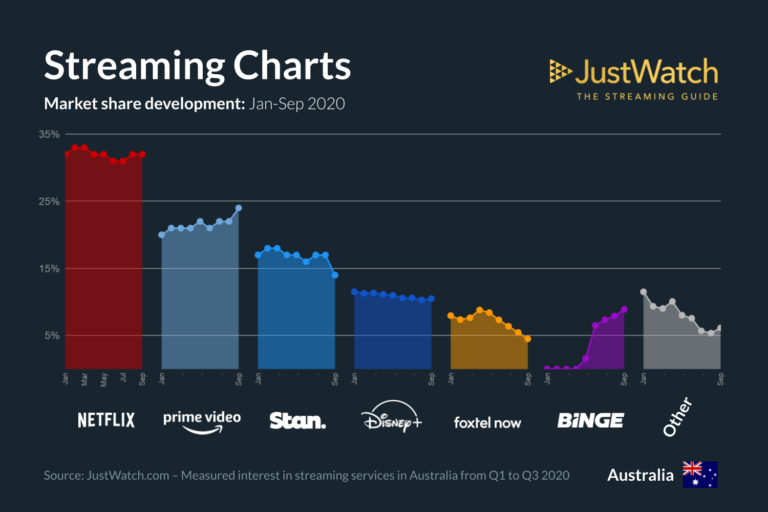 Justwatch's Q3 report uses date aggregated from user behaviour within its streaming search engine. Service popularity is based on a number of factors; services with the most clickthrough from Justwatch, how users interact with Justwatch filters, and more internal data on how users interact with each streaming service. It only represents Justwatch user behaviour, but with 900,000 to 1,050,000 Australian users per month on average,  it's a good indication of how we're  interacting with local streaming services.