Binge TV: Everything you need to know

Binge is Foxtel's first decent attempt at a Netflix competitor.

What is Foxtel's Binge streaming app?

In early 2019, Foxtel and Streamotion revealed Binge, a new Australian streaming service. Binge wasn't intended to be a replacement for Foxtel Now, but rather a second streaming option for those who were only interested in Foxtel's TV shows and movies. Since launch, Binge has gained momentum and has become an attractive and more affordable alternative to traditional Foxtel.

Built by the same team behind Kayo Sports, Foxtel's Binge is positioned as a true competitor for streaming stalwarts like Netflix and Prime Video. From its competitive pricing to its improved functionality and user experience, Binge is an answer to almost every criticism thrown at Foxtel Now over the few past years. For our full thoughts and impressions, check out our Binge app review.

Otherwise, if you just want to know more about Binge's price, plans and content here's everything you need to know.

Binge is already available on a decent number of devices (more on that below) but even if you don't have a compatible smart TV, you can cast Binge content from a smartphone or tablet to a streaming device like Chromecast or Apple TV. If you're interested in checking out Binge, your first step will be to sign up for a 2-week free trial via the website or download the Binge app on your smartphone or tablet via Google Play or the App Store. 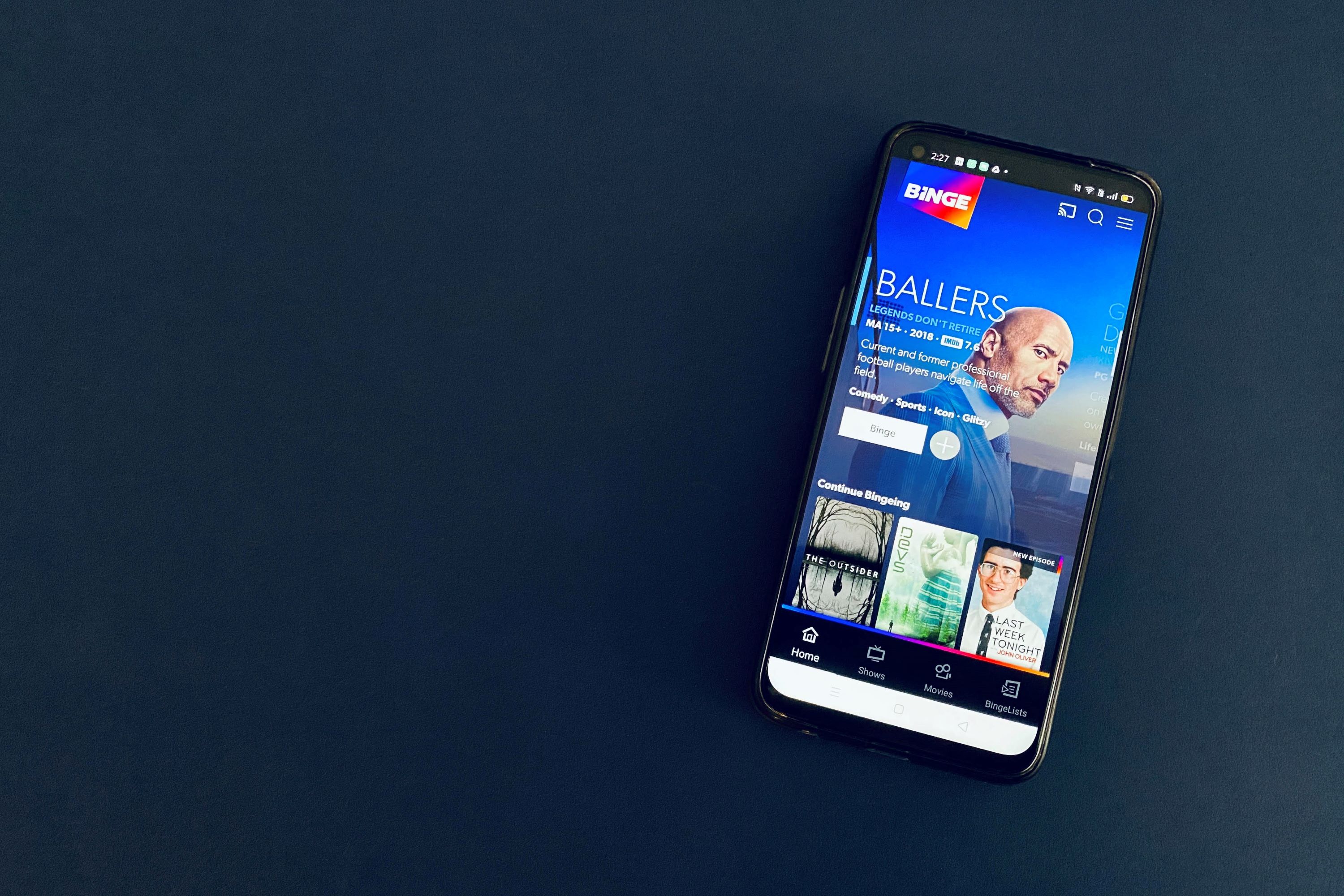 Binge price: How much does it cost?

That's almost exactly what Stan and Netflix charge, though Binge's top tier is a fraction cheaper. Stan currently costs $10, $14 and $19 per month for its Basic, Standard and Premium plans, and Netflix is not far off at $10.99, $16.99 and $22.99 for its tiered plans. The difference is, Stan and Netflix's top plans include 4K streaming, whereas Binge doesn't, which is probably why Foxtel decided to price Binge a little lower.

Foxtel says there are no "plans to offer 4K streaming for Binge."

There's also a 2-week free trial of Binge available. So if you give it a crack and  you don't fancy it, you can cancel without paying a cent.

Here are those plans again.

What TV shows can I watch on Binge?

The back catalogue of HBO classics, with a few HBO Max Originals, NBC comedies and more.

After duking it out with Stan 'till the eleventh hour, Foxtel secured the victory it desperately needed and locked down distribution rights for HBO content in Australia before the launch of Binge. It was a make-or-break deal for Binge because now Foxtel's streaming service can lay claim to some of the biggest and most popular TV shows in history.

Binge offers some of HBO's most popular series (like Game of Thrones, Succession, and Big Little Lies), as well as original productions for HBO Max like the Sex and the City reboot, And Just Like That.

Here's a quick look at some of the most popular TV shows currently streaming on Binge.

Some of the most popular TV shows on Binge 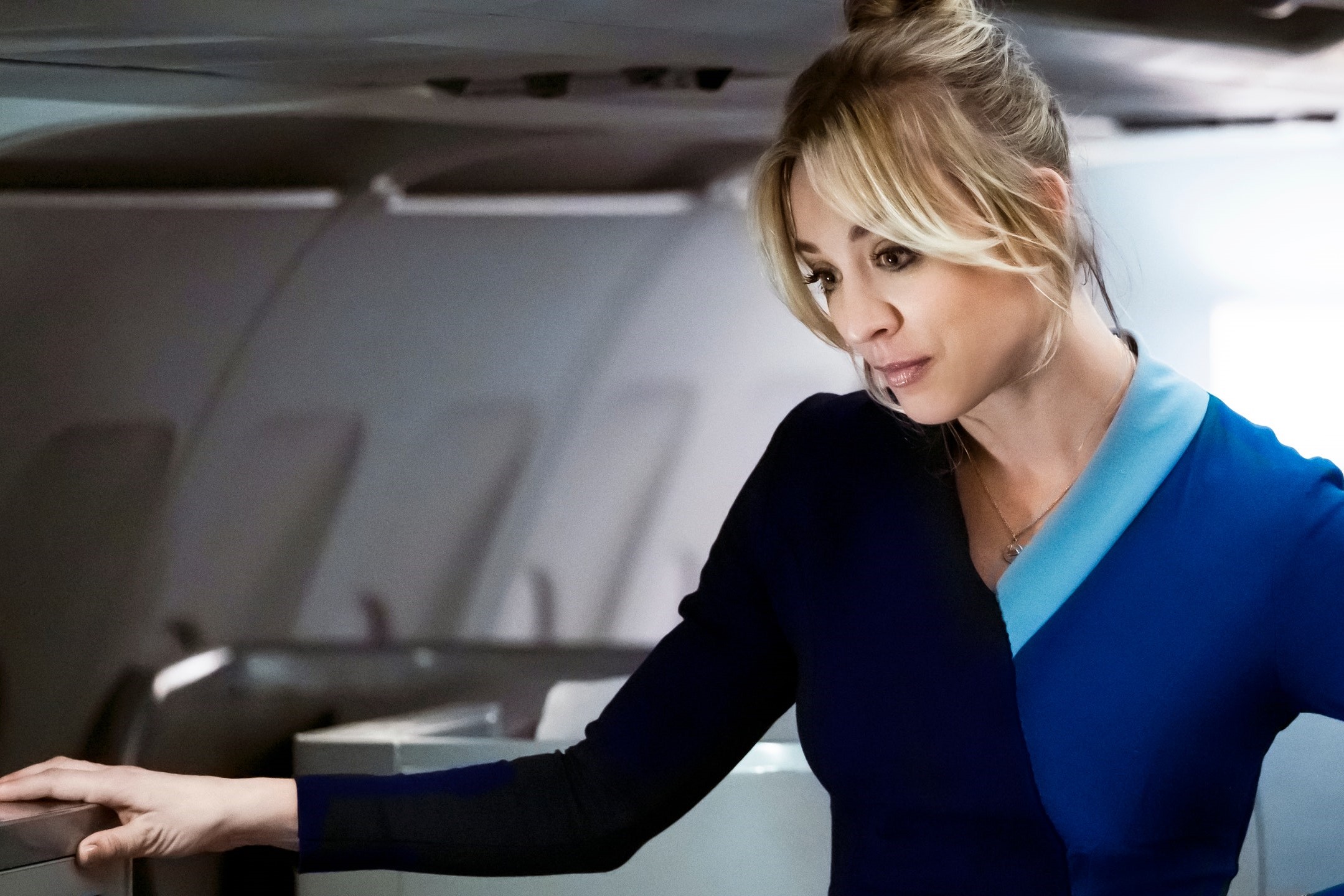 Binge has some of the latest HBO Max exclusives, like The Flight Attendant, and Raised by Wolves but a few originals are missing. As we pointed out in our review of Binge, the content distribution between Binge and Foxtel is a little messy. For example, both services have The Flight Attendant and Raised By Wolves but only Foxtel has Class Action Park, another HBO Max Original. Then there's J.G. Quintel's Close Enough, another HBO Max Original that's available on Netflix here in Australia and Made for Love, yet another HBO Max original that found its way to Stan here in Australia. As we said, it's messy. The point is, you can't guarantee that every new HBO Max original you've been waiting for will stream on Binge and Foxtel Now.

Back in 2019, Foxtel also signed a multi-year deal with NBCUniversal (NBCU). That deal would give Foxtel the rights to a slew of big movie franchises from Universal Pictures, like Fast and the Furious, and some of NBCU's most popular comedies, such as The Office, 30 Rock, and Parks and Recreation. But it's a similar confusing story for NBC comedies. For example, Community is only available on Netflix and Stan while The Good Place is a Netflix exclusive.  Superstore, 30 Rock and Parks and Recreation all both available Foxtel Now and Bingebut also available on Netflix, Stan and Prime Video in some capacity.

It's worth noting that NBCU's Peacock streaming service also released in 2020, bringing with it new originals like Brave New World, the Saved by the Bell and more, but those are available exclusively on Stan. 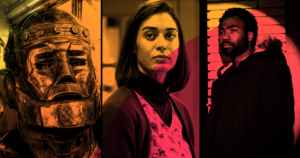 Looking for something new to watch? We've rounded up all of the best TV shows on Binge. Time to cancel those weekend plans.

What movies are on Binge?

When we first wrote this guide, we were led to believe that all HBO Max content would make its way to Binge but Close Enough on Netflix proves that's just not true. There's also the question about how Warner Bros. shift to HBO Max streaming for cinematic releases will work in Australia. We've reached out to Binge, Warner Bros., and Village Roadshow but still don't have an answer on whether the likes of Dune will appear on Binge at any stage.

Still, there's a healthy library of recent films already on Binge. Judas and the Black Messiah, Mortal Kombat and Knives Out get a look in, as do blockbuster movie series', like Jurassic Park, Fast and the Furious and more. Here's a quick glance at some of the most popular movies streaming on Binge.

Here are a few popular movies on Binge 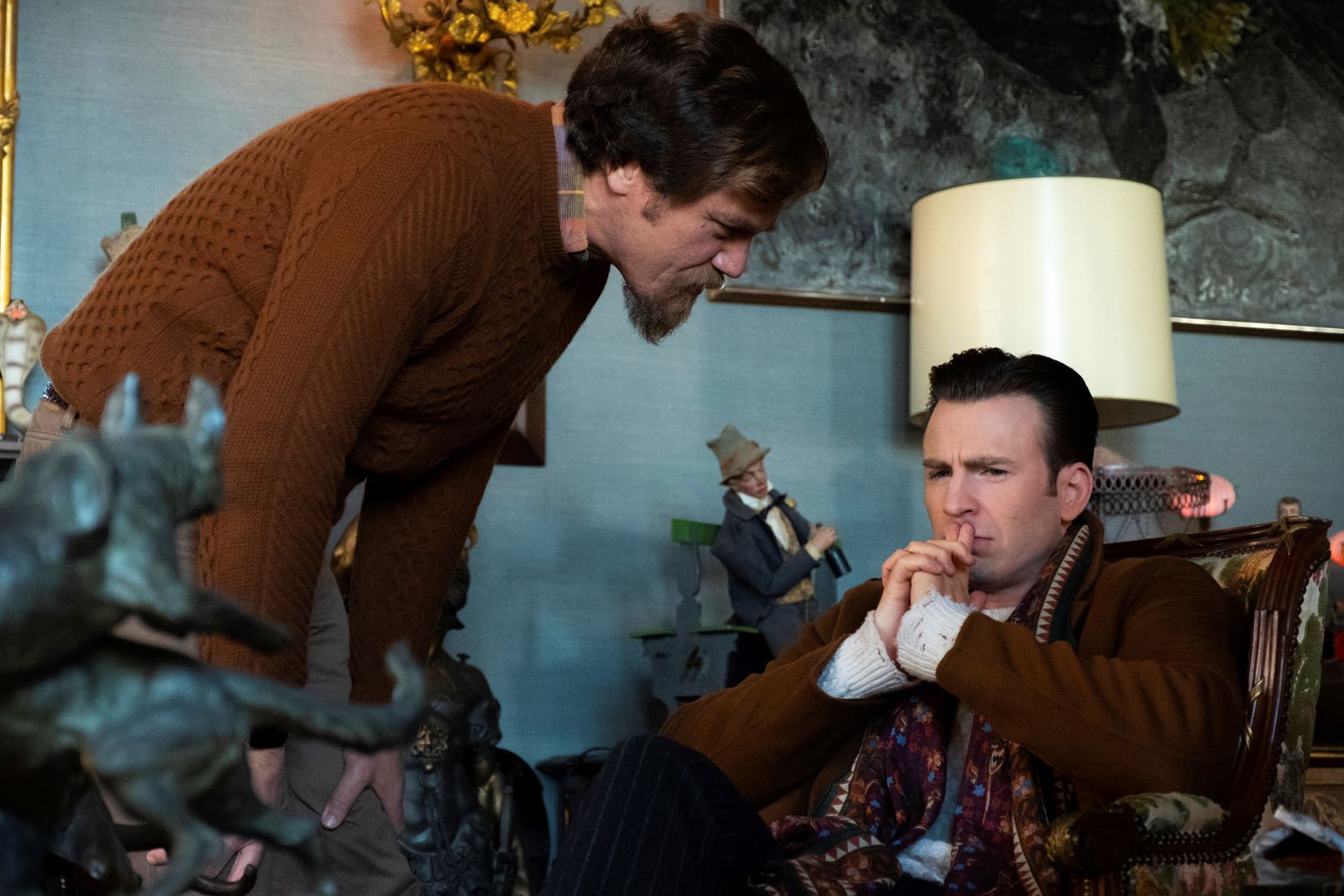 What devices is Binge available on?

There's plenty of options for streaming Binge, with experiences tailored separately for mobile and couch-based viewing. 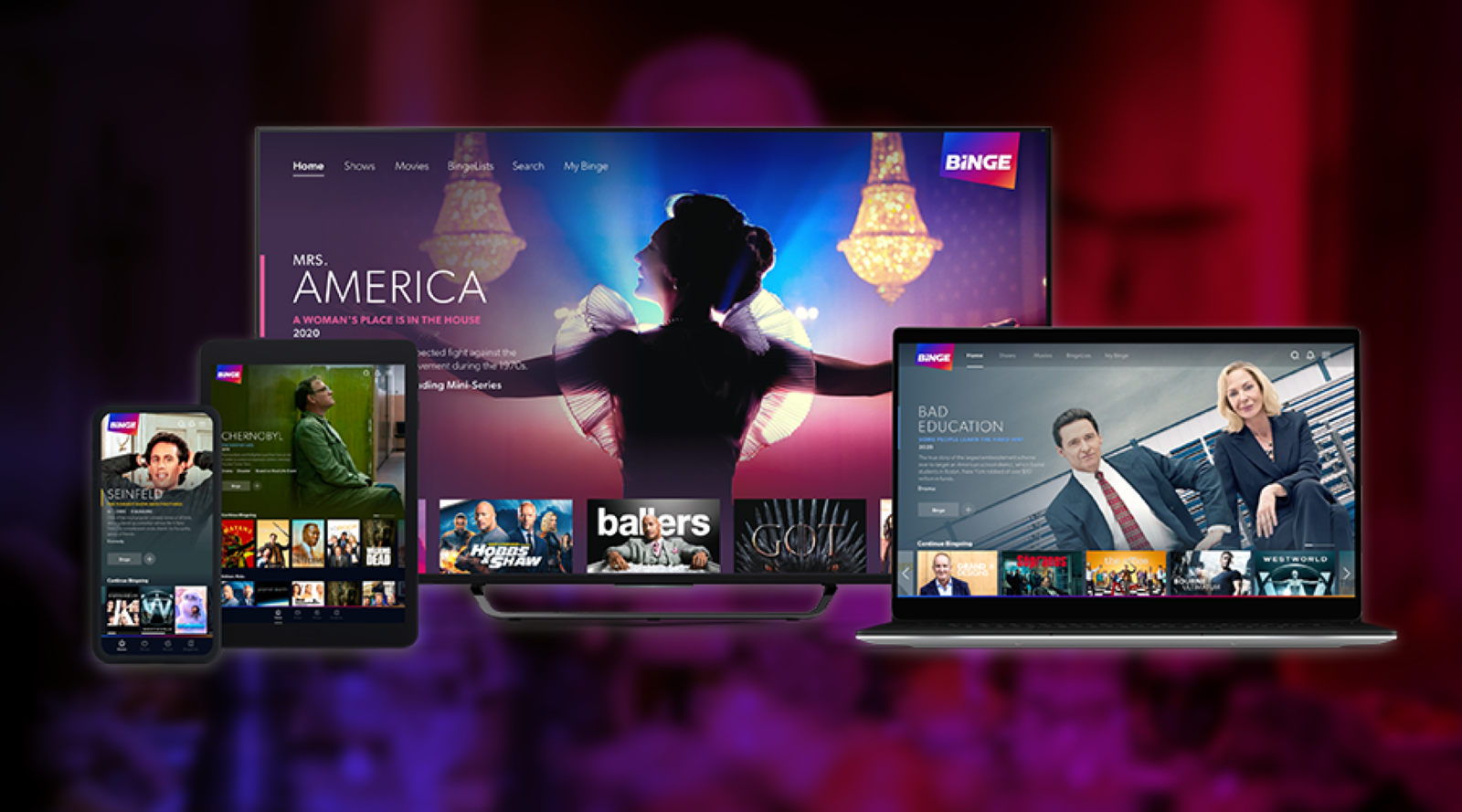 What alternatives are there to Binge?

How does Binge stack up against the competition?

You're probably wondering whether or not Binge is worth it, given the sheer number of streaming services now available in Australia. Is Binge better than Netflix? Better than Stan or Prime Video?

While it's definitely upped its game in the last year, whether or not it's worth it comes down to what you're willing to spend each month on streaming subscriptions. Its budget-friendly price tag and catalogue of buzz-worthy TV shows, in our opinion, makes it well worth your consideration. See how it compares below.

When did Binge release?

Binge launched in Australia on Monday, 25 May 2020 on a wide range of devices, including web browsers, smartphones, tablets, Android TV and more. Releasing just a few months before HBO Max in the U.S., Binge was first marketed as a streaming destination for original Warner productions created for HBO Max.

We spoke to Foxtel at Binge's launch, confirming that Binge would offer "Warner productions made for HBO Max" when released. And while Binge has delivered on that promise with some of the bigger HBO Max releases, there's still a big disconnect between American and Australian release dates when it comes to certain HBO content.

A couple of years after launch, there are still a few unanswered questions around Binge. Will it have 4K? Will it ever come to Xbox? This is where you'll find the answers to those questions as soon as we know.

Is Binge the same as Foxtel?

While Binge and Foxtel are both owned by the same company, they are two very different services.

While Foxtel is a traditional pay TV service with a streaming spin-off (Foxtel Now), Binge is exclusively a streaming platform like Netflix. As such, they share a lot of the same content but there are exclusives reserved for Binge and some that can only be found on Foxtel. Binge is a service dedicated to TV shows and movies and doesn't offer any of the news or sports channels offered by Foxtel.

Unlike Foxtel Go, being a Foxtel customer doesn't automatically give you access to Binge. If you already pay for Foxtel, you'll have to pay extra to use Binge (or consider switching entirely).

Offline viewing is not available on Binge at launch.

There are no plans to offer 4K on Binge.

We also asked Foxtel about a potential 4K streaming option for Binge.  Foxtel stated that there are "no current plans to offer 4K streaming for Binge."

Is Binge available on PlayStation or Xbox?

Binge is now available on PlayStation 4 and 5, but still no Xbox support.

Does Binge have subtitles and closed captions?

Is Binge owned by Foxtel?

Just like Kayo Sports, Binge is owned by Streamotion, a subsidiary of Foxtel. Despite seeming like a direct competitor to Foxtel Now, both apps are in fact owned by the same company. They are just run by different teams.

Binge and Telstra: Are there deals for bundling?

Not at the moment.

Telstra used to offer 3 months of Binge Standard for free with eligible mobile and broadband plans, but that deal is no longer available at the time of writing.