The ultimate shield for streamer devotees. 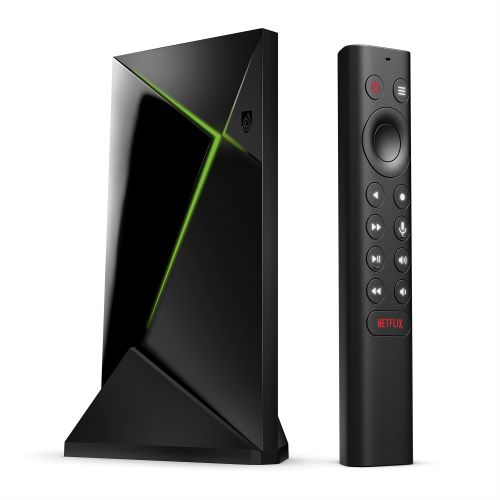 At its T-800-like core, the newly released Nvidia Shield TV Pro is a streaming media player. But with a $349.95 asking price, you might be fooled into thinking it’s an overpriced Chromecast or Fire TV Stick equivalent. For starters, it effectively has a Chromecast Ultra built into it (with 4K streaming potential), but this revamped Shield is so much more.

The green powered-on hue of the Shield may make it look like a slimline Xbox console of yesteryear, but the power this device is packing beneath the hood has to be experienced to be appreciated, even if the Pro’s form factor is identical to the older Shield. While owners of that particular still-impressive device may find it tough to justify the price of the upgrade, those who missed the boat on the original Shield are in for a treat.

The beating green heart of this new-model Shield is a beefier Tegra X1+ processor that has some important edges over its older sibling. First and most noticeable is responsiveness. No matter what you’re opening, navigating or the apps you’re flicking between, this Shield never feels like it’s lagging.

More importantly for those seeking a fidelity boost for their streaming apps, Tegra X1+ translates to better audio to the tune of Dolby Vision and Dolby Atmos for compatible streaming apps (like Netflix, Prime Video and Disney+). Even without the requisite surround sound setup to appreciate those audio gains, there’s still the impressive eye candy boost to factor in.

Nvidia uses cutting-edge AI upscaling to boost HD-quality content (720p or 1080p), in real-time, to 4K fidelity levels for the many homes that, these days, have a 4K screen as their main entertainment hub. In my tests across a range of streaming content, the results are consistently impressive. Lighting is subtly boosted, pixelated edges are smoothed out, and overall detail is improved. There was only one instance of a 720p animated TV show where the AI upscaling aggressively added too much light to a dark scene that felt off in comparisons, even if the overall quality was noticeably cleaner.

It may be a cognitive bias after a lot of comparisons, but even regular 4K streamed content (which isn’t upscaled) looks crisper when played on Shield compared to default 4K TV apps. The trick for appreciating the differences is you want to jump straight into the settings to push the AI upscaling to full, then use the quality slider in demo mode to properly appreciate the extra detail in a paused scene. 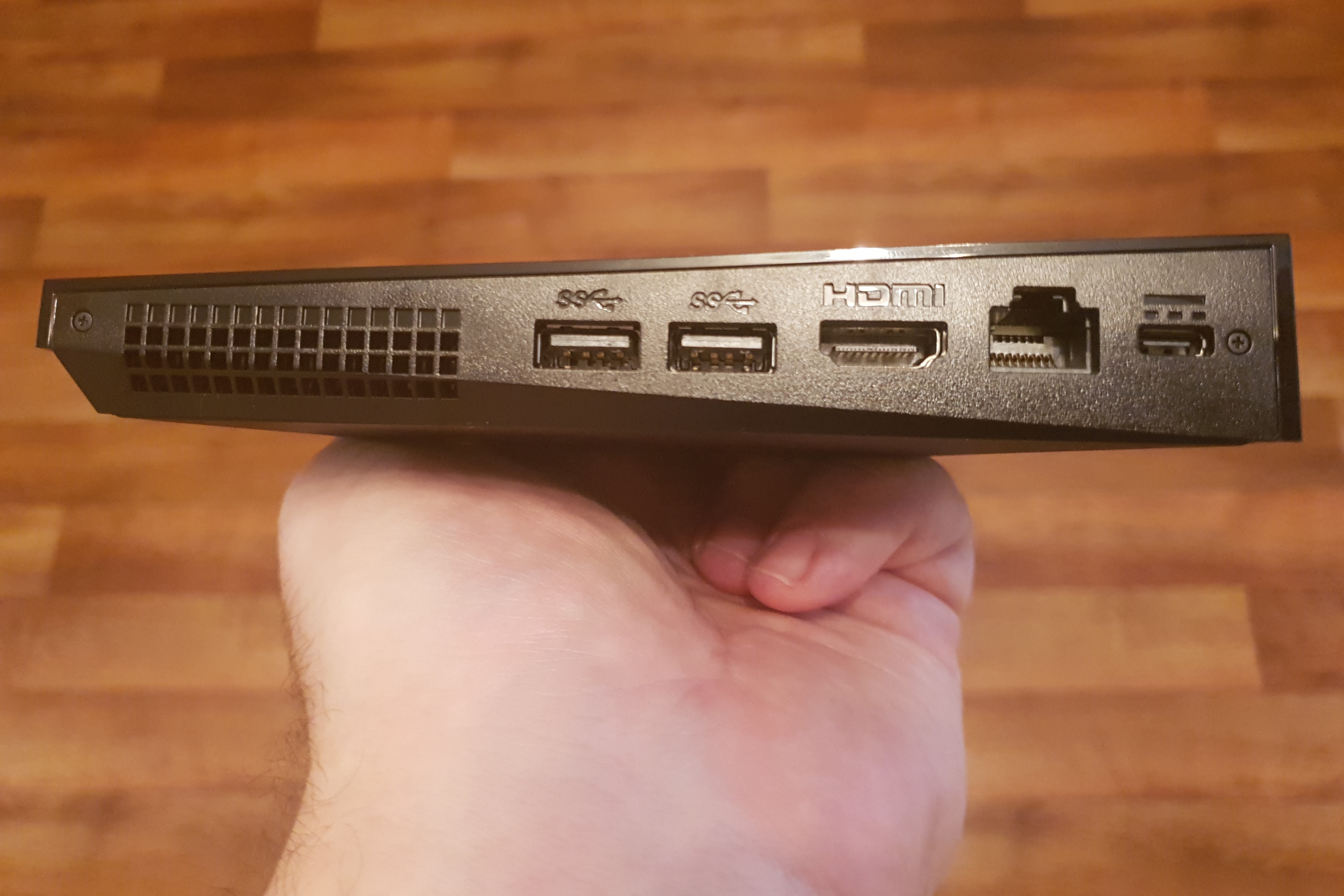 For those with a library of their own digital content, the Shield plays very nicely with popular third-party streaming app Plex and can even act as a server if you connect a USB hard drive or two. Even connecting hard drives with 4K digital files work a treat on Shield.

All of this media playback is complemented by a markedly improved Shield Remote. Where the last one felt like a slimline afterthought, this newbie has reportedly evolved from customer feedback. And it shows. It boasts motion-activated backlights for easy lights-out navigation, some essential dedicated buttons (power, volume and playback controls), as well as a prominently placed programmable button for pretty much whatever function you fancy. There’s even an option to locate your remote if it’s slipped down the side of the couch.

Mercifully, Nvidia has also shifted to AAA batteries, which are included so you can use this bad boy out of the box. What could use more work from customer feedback is the user interface, which is still a bit on the clunky side. The core basics of what you need are on the homepage, but navigating to all apps, a sometimes buggy Google Play Store (especially its search function), and straightforward options for resetting default choices feel at ends with the otherwise user-friendly presentation.

The flipside of these frustrations is that it strongly incentivises you to become more reliant on voice control, which the Shield Remote handles beautifully care of a dedicated button. I appreciate that even when the Shield can’t fully do what I ask it to do, it takes me to a closer approximation of what I was after (rather than just shutting me down). It’s a nice touch that subtly teaches you the best voice commands for getting the most streamlined results. 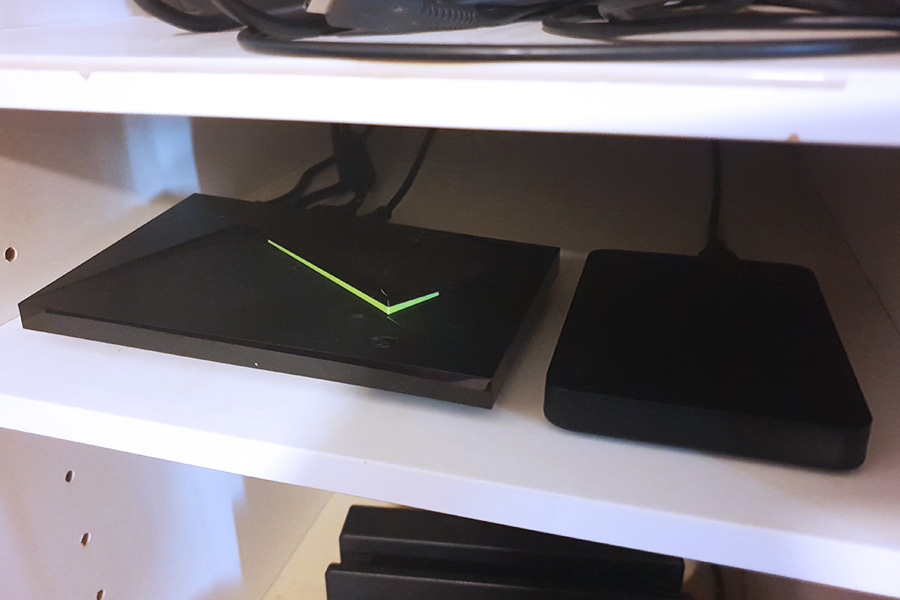 While streaming enthusiasts will certainly appreciate all of the above, it’s the combo of impressive 4K game streaming that edges the Shield closer to must-buy territory for high-end PC gamers. Nvidia is, after all, a brand that dominates the graphics card space on PC.

With a compatible Nvidia graphics card in your gaming device and a recommended Ethernet connection to PC and to the Shield, you’re ready for low-latency PC gaming on the couch. This means you can tap into fidelity perks like 4K resolutions and HDR even if your computer doesn’t have a 4K screen. As a gamer who invested in a high-refresh-rate (HFR) monitor for responsive online gaming, I absolutely appreciate that I can use that screen for online gaming and reserve 4K gaming from the TV I already own, without having to fork out for an expensive additional monitor (or stupidly priced HFR screen that supports 4K and HDR), all from the comfort of my couch.

As long as you flick your TV into gaming mode, the latency results are barely noticeable, which means whether you’re playing on a compatible controller (a number of Android, Xbox One and PlayStation 4 controllers are supported) or keyboard and mouse (either via USB or Bluetooth), the Shield becomes an ad hoc console whose power is only limited by the hardware you have in your gaming PC. It’s just a shame that Nvidia didn’t include its own decent Shield Controller with the Pro model this time around.

The 2020 update to the Nvidia Shield TV Pro is a fully featured streaming solution built for fidelity-loving streamers, high-end PC gaming and anybody looking for an all-in-one 4K media solution. There are some significant issues with the user interface that make operation a little clunky but it just takes some getting used to. While it’s by no means an essential purchase, this revamped Nvidia Shield TV Pro is an investment in greater streaming quality for fidelity fiends and a fantastic companion for PC gamers who want to play seamlessly from the comfort of their couches