Just because you’re away from home, doesn’t mean you need to be away from connectivity.

5
Offer
Four roaming packs starting at $7 for one day
Usage
150MB to 4GB, depending on pack
Go to site
Read more

Heading overseas isn’t cheap, no matter the destination. But one of the costs that can really start to stack up if you don’t plan for it is international data roaming. While it’s possible to stay disconnected or reliant on public WiFi for your data needs while abroad, data roaming helps to keep the connectivity smart options of your phone alive as you travel.

These are the best data-roaming deals in Australia 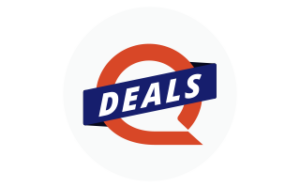 What is data roaming?

Data roaming is a term that you may know as either international roaming or global roaming. Whichever roaming term you prefer, they all mean the same thing: the ability to use your phone for calls, texts and/or data when you’re not in Australia. Depending on the telco, you may have to pay an upfront fee or be mindful of ongoing pay-as-you-go (PAYG) rates to use your phone while abroad.

Types of data-roaming telcos in Australia

There are two main types of data roaming (three if you’re cynical and count ‘no data roaming’ as an option): PAYG and data-roaming packs. For the most part, neither is particularly attractive as far as Australian mobile plans are concerned (except for Vodafone’s offering), but PAYG is definitely best avoided as it can quickly lead to bill shock, particularly when combining data with potential call and text costs.

If you want a telco from our database that offers PAYG roaming rates, you can sign up for a plan from Amaysim, Circles.Life, Dodo Mobile, Moose Mobile, Aldi Mobile, TPG, Exetel, Internode or iPrimus. At the time of writing, Southern Phone, Boost Mobile and Numobile had announced plans to introduce some form of international roaming for their customers.

Before we take a look at the best data-roaming packs from telcos in our comparison engine, below is a daily updating list of popular plans from these data-roaming telcos:

Vodafone, by far, has the best international roaming as far as Australian telcos are concerned. Instead of buying travel packs or worrying about potentially massive PAYG costs, Vodafone simplifies things. Pay $5 a day for a Vodafone SIM Only plan and use your phone as you would back home in Australia, with support for more than 100 countries.

Here's a look at Vodafone’s SIM Only plans that support $5 roaming (and, yes, unlimited max-speed data roaming applies to the SIM Only Ultra+ Plan):

Below is a look at some Vodafone Prepaid plans from our comparison engine:

Optus SIM Only plans have two options for its international roaming pass. Spending $10 gets you 1GB of data for 24 hours, plus unlimited talk and text in a Zone 1 destination or to Australia. Up the budget to $50 to nab 5GB of data for seven days with the same call/text inclusions. Those Zone 1 countries cover more than 90 destinations.

Check out Optus SIM Only plans from our comparison engine below:

Alternatively, Optus Prepaid users can spend $20 for 10GB of data with 14-day expiry that covers 10 destinations. And below is a look at some Optus Prepaid plans from our database:

If you’re a Felix Mobile customer, you can also take advantage of its Roaming Pack when you’re overseas for 40 selected destinations. For $20, you’ve got 365 days to use 4GB of data (speeds up to 20Mbps), 100 standard minutes of calls and 100 standard texts to Australia or to the eligible country you’re in. When is Australia, Felix customers get 'endless' data (basically unlimited data but capped at 20Mbps).

Woolworths Mobile has a handful of international roaming packs, which are made all the sweeter by the reality that you can receive SMS while travelling without paying for the pleasure. The 1 Day Roaming Add-on costs $7 and comes with 150MB of data, 30 minutes of voice calls and 30 SMS, which covers 30 countries.

All other Woolworths Mobile data-roaming packs cover 67 countries. The 5 Day Roaming Add-on costs $30 for 1GB of data, 60 minutes of calls and 60 SMS. Both the five-day and one-day packs are eligible for Woolworths Mobile Prepaid (including long-expiry plans), SIM Only and Postpaid phone plans.

Below is a daily updating list of Woolworths Mobile’s SIM Only plans:

Telstra Upfront users can pay $10 with Telstra for 24 hours of international roaming. You’ll get 500MB of data, plus unlimited standard talk and text. At the time of writing, Telstra had phased out international roaming for Prepaid, but was planning to introduce something new in 2022.

Below is a look at all of Telstra’s Upfront SIM Only plans from our comparison engine:

Kogan Mobile simplifies things by offering one international roaming pack. It costs $15 and lasts for 24 hours, which includes 1GB of data, 100 standard texts and 30 minutes of calls to 30 selected countries. You can stack up to five vouchers if you need more data, texts or minutes.

Like most other providers, Pennytel has one pack for international roaming. The $10 Roaming Day Pack can be used in 57 countries and comes with 200MB of data per day, alongside unlimited standard talk and text from any of those 57 destinations.

You can see Pennytel’s SIM Only plans below:

Lebara Mobile takes a leaf out of Optus’ book for data roaming by offering a couple of different options for 51 destinations. The Economy Roaming pack costs $15 and offers 500MB of data, 15 minutes of standard talk and 50 SMS/MMS with two-day expiry. For five-day expiry, there’s the First Class Roaming pack, which costs $50 for 2GB of data, 90 minutes of standard talk, plus 200 SMS/MMS.

Check out all of Lebara’s Prepaid plans below:

If you’re a Tangerine mobile customer looking to roam, call the telco before heading overseas to activate global roaming. For $12 a day, the Global Roaming Travel pack comes with 200MB of roaming data as well as unlimited standard calls to Australia and within whichever of the 60 countries you’re visiting.

Below is a daily updating list of Tangerine’s SIM Only plans from our comparison engine:

By
Fergus Halliday
Google I/O 2022: What should you expect
Google I/O 2022 might bring with it a few hardware-related reveals, according to the rumors. 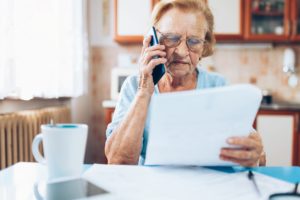 By
Nathan Lawrence
What’s the difference between postpaid and prepaid phone plans?
Prepaid tends to be cheaper, while postpaid tends to bundle better overall value into its... 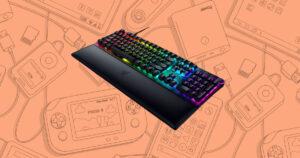 By
Kate Reynolds
Daily Deals: Save on Bluetooth earbuds, karaoke mics and more
Your daily dose of the best tech deals available in Australia.