Everything you need to know about the Vodafone 5G rollout, compatible 5G phones and 5G plans.

Telstra has the biggest 5G network. Optus was the first to offer unlimited-data plans for 5G home broadband . And now Vodafone has entered the fray, offering 5G across all its mobile plans and expanding into the 5G home internet arena.

While this is great news if you’re in an area with Vodafone 5G signal, it's hard to overlook the reality that the Vodafone 5G network is likely to be the smallest of the three in Australia for the foreseeable future. 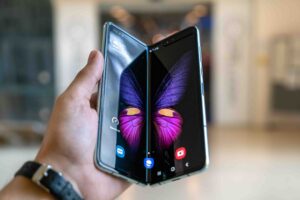 As of December 2021, Vodafone has launched 5G in over 1,000 suburbs across Australia. Most of the coverage is concentrated in major metropolitan and some regional hubs across New South Wales, Victoria, Queensland, Western Australia, South Australia, and the ACT.

Activate the map below to check Vodafone 5G availability by location (use the drop-down menu to switch to Optus or Telstra 5G).

It’s worth reiterating that Vodafone’s plans are for the smallest 5G network compared to Optus and Telstra, with the Vodafone 5G network focused predominantly on these areas:

You can track the ongoing progress of the rollout on this Vodafone 5G support page.

Vodafone includes 5G access with all its SIM Only, Postpaid mobile and Prepaid plans. You can see the most popular Vodafone SIM plans below.

And below is a list of Vodafone’s most popular Prepaid plans.

Vodafone now offers its own suite of low-cost 5G home internet plans, though with the current state of its rollout, it's not as widely available as Optus' or Telstra's offering.

There are two options to choose from here. The first of these is the Vodafone Ultimate 5G Internet Plan. This 5G Home Internet plan is priced at $75/month.

In contrast to Telstra, Vodafone's 5G Home Internet plan comes with unlimited data. Of course, the catch here is that your speeds are capped out at 100Mbps whereas the Telstra 5G network can reach far higher.

The other option on the table is the Vodafone Ultimate 5G Home internet plan. For an extra $10/month, you'll be able to ditch the throttling found on Vodafone's $75 5G Home Internet plan.

Of course, being able to realise those faster speeds remains contingent on having decent 5G connectivity to begin with. Still, Vodafone do throw in the first month and a Nokia FastMile 5G Gateway modem-router for free and will strike out the price of the latter if you stick with them for the full 36-months.

If you're already on a mobile plan with Vodafone, the telco will knock $5 off the monthly cost of a 5G Home Internet plan as a thank you for your brand loyalty.

If you do want to stick to Vodafone when it comes to mobile broadband plans, check out the popular picks from its four 4G plans below. 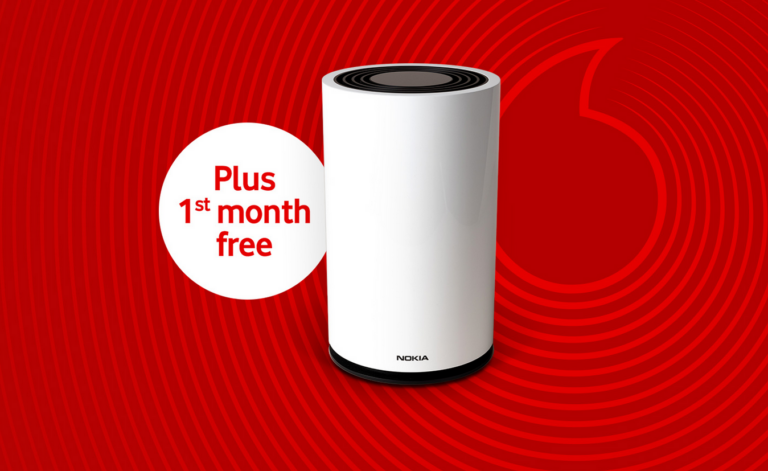 At the time of writing, signing up for either of Vodafone's 5G home internet plans will net you the Nokia FastMile 5G Gateway modem-router. This cylindrical modem could easily be confused for an office paper bin, but it's actually critical for accessing those faster speeds offered by Australia's growing 5G networks.

When you first plug in the modem and connect to a 5G signal, an LED ring will flash in the direction where the signal is strongest, helping you find the optimal spot in your home or apartment and get the most stable 5G signal you can.

The modem also has 4G/LTE back-up for when the 5G reception isn’t too crash hot, which is an important inclusion this early in the 5G rollout.

At the time of writing, no Vodafone MVNOs are offering plans on the Vodafone 5G mobile network. That may change in the future as the network expands and the market situation changes.

In the meantime, you can use the widget below to see the most popular plans on the Vodafone network below (across SIM Only and Prepaid plans).

The promise of faster mobile download speeds has been the biggest selling point for 5G in Australia for good reason. It's easy for anyone to identify with. However, this isn't the only benefit worth considering when comparing Australia's 5G and 4G networks.

If you're after the short version, here's a list of the major differences between 4G and 5G:

Even this early on in the 5G rollout, the next-generation mobile network has provided much faster speeds on average than the existing 4G network.

Of course, when it comes to 5G speeds, the biggest factor isn't what kind of plan you have so much as where you are physically located.

Regardless of whether you're going with Vodafone or another 5G-capable provider, your location relative to the reach of their respective network and the strength of your connection is going to have a clear impact on the speeds you can reach.

Another key detail is the plan you're on. At the time of writing, mobile 5G plans tend to come with more speed caps and caveats than their 5G home internet counterparts.

For a deeper comparison of the two network technologies and a further breakdown of real-world speed improvements, head over to our 5G vs 4G guide.