How to get Superfast NBN 250 internet in Australia

Looking to speeds things up at home? Here's how you can boost your NBN speed beyond 100Mbps if you live at an eligible address.

While many are still constrained by the limits of the NBN's weakest technology type, FTTN (Fibre-to-Node), a growing number of Australians are now eligible for download speeds well beyond that of the old premium of 100Mbps. Since late 2019, Australian ISPs (Internet Service Providers) have been slowly rolling out offers for new NBN speed tiers: Superfast 250 and Ultrafast 1000.

There is one catch, though, and it's a big one:  You need to be one of the select few Australians with an eligible FTTP (Fibre-to-the-Premises) or HFC (Hybrid-Fibre Coaxial) connection to sign up for Superfast NBN 250 or gigabit internet speeds with Ultrafast NBN. If you count yourself as one of those lucky few (or you're on the FTTP upgrade roadmap), then read on for more information on getting connected to Superfast NBN and some of the best deals currently available.

In the meantime, let's take a look at some of the most popular Superfast NBN 250 plans available on the market:

What is Superfast NBN?

Superfast NBN is what the nbnco calls NBN 250 (plans with a theoretical max speed of 250Mbps).

Our top picks for NBN 250 in Australia.

If you're in the market for a Superfast NBN plan, it might be safe to assume you value speed over all else. If that's you, and money is no concern, then you've got two options. Telstra's discounted Superfast Speed+ Unlimited Data plan ($140 per month) is the only NBN 250 plan so far to offer typical evening speeds of 250Mbps. But if you work from home and upload speeds are almost just as important as download speeds, Aussie Broadband is offering its 250/100 Unlimited plan with typical evening download speeds of 243Mbps and upload speeds up to 100Mbps for the premium price of $209 per month. Otherwise, the same plan from Aussie with a capped 25Mbps for uploads only costs $129 per month. Here's a snapshot of those three plans.

Maybe you want to take your relationship with Superfast broadband to the next level but your wallet wants to take things slow. Well, you don't have to spend over $100 to experience NBN 250. Mate NBN's Elite Mates Home Superfast plan is permanently priced at a decent $99 per month. Mate is only promising 208Mbps, which is average at this tier but it's still more than twice as fast as the old premium NBN 100 tier. That plan is capped at 25Mbps for uploads too.

Even though MyRepublic’s plan is discounted to $89 per month for the first six months, our preference is still Mate NBN. Those plans are above but you can find a list of the cheapest NBN 250 plans below.

At the time of writing,  there are over 17 broadband providers that offer Superfast NBN 250 speeds in Australia. Typical evening speeds vary signficantly between providers and only a few offer the option for 100Mbps upload speeds but Superfast choices are growing more competitive by the day, driving the average price down. Telstra currently has the fastest Superfast plan, delivering 250Mbps evening speeds on average, whereas Mate and MyRepublic currently offer some of the cheapest options. Below is a complete list of Superfast NBN providers in Australia:

How fast is Superfast NBN 250?

Expect anywhere between 200Mbps and 250Mbps.

Historically speaking, actual NBN speeds have been clear as mud to the average consumer. For example, just because you pay for NBN 100 doesn't necessarily mean you can expect a consistent 100Mbps (in some cases, providers have been caught out supplying speeds far slower than what customers paid for).

Thanks to a series of crackdowns by the ACCC (Australian Competition & Consumer Commission), providers are a little more upfront about the speeds their plans reach on average and have strived to deliver as close to theoretical potential as possible. This has resulted in a large number of providers improving their speeds to the point that they can, on average, deliver the theoretical maximum speed for their advertised plans. At least, that's how it is for Fast NBN 100 and below. As comparatively new plans and offers, providers are more conservative with their estimated typical evening speeds. That's why you will see some providers, like TPG, iiNet and Kogan advertise a modest 200Mbps typical evening speeds on an NBN 250 plan, while Telstra, Aussie Broadband and Superloop advertise over 240Mbps.

Truth be told, most providers err on the side of caution and it's entirely possible for you to achieve speeds faster than 200Mbps from a provider like TPG or iiNet. Below is a list of Superfast providers, their advertised typical evening download speeds and the starting price for their Superfast plans. 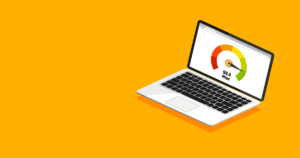 What NBN speed tier do you need?

Your guide to all things NBN speed tiers.

Check your address to see if you're eligible.

Both Superfast NBN 250 and Ultrafast NBN 1000 are available exclusively to a select number of FTTP and HFC customers, unfortunately. There are options for Australians to upgrade to an FTTP connection early (detailed below) but it's an expensive process and the nbnco is slowly upgrading more and more properties to FTTP anyway.

How to upgrade to FTTP

NBN Co has commited to rolling out new fibre (FTTP) connections to over 2 million premises by the end of 2023. If you don't already have an FTTP or HFC connection, we'd recommend checking to see if your suburb is one of the few listed for the FTTN-to-FTTP upgrade plan.

If your suburb didn't make the cut, you can technically apply for an upgrade at your address. NBN Co’s Technology Choice Program has been recently upgraded to include the option for free quotes (instead of the $330 fee of more recent times) but the actually cost to upgrade varies between expensive and astronomical.

We have a more detailed guide on getting your free online FTTP upgrade quote here but be warned, it's not cheap. The complexity of the upgrade will dictate the final quote price but most people can expect to pay well into the thousands. A quick check of this writer's address returned a quote for over $30,000 to upgrade to FTTP.

A full fibre connection is important because this is how gigabit (and the, fingers crossed, multi-gigabit realities of the future) internet can reliably be provided to homes.

Not eligible? 5G Home could save your slow speeds.

It can be quite crushing to realise your address isn't on the FTTP upgrade roadmap, particularly if you're already dealing with super slow broadband speeds. But there is hope in an increasingly reliable alternative: 5G Home Broadband.

5G Home or Home Wireless Broadband has become a popular choice for Australians who aren't getting the speeds they need on the NBN. Providers like Telstra, Superloop, Exetel, Aussie Broadband and Optus offer reliable home broadband options that rely on one of the three growing 5G networks to deliver speeds between 50Mbps and 300Mbps on average (with the potential to reach speeds much higher). Select providers, like Optus, even offer a 50Mbps speed guarantee that promises to deliver 50Mbps or your money back.

Even if you don't have an ideal level of 5G coverage, these plans will still revert to a 4G connection in the event of a 5G dropout. So it's a risk-free way to experiment with improving the speeds in your home. ​

Below is a list of the most popular 5G Home Broadband plans currently available in Australia.