Optus 5G explained: Everything you need to know

Everything you need to know about the Optus 5G rollout, phones and plans.

If you’re an Optus customer with an eligible handset, you might find yourself the lucky recipient of some superfast 5G speeds.

Telstra might have the most-developed 5G network in Australia, but Optus is no slouch (and actually boasts a wider suite of 5G plan offers).

Optus 5G rollout has accelerated over the last twelve months, but it's still early days. There are a few criteria you need to meet before connecting to the carrier's next-gen 5G network, but the bar isn't as high as you might think. Plenty of Australians using the Optus network already have access to the faster speeds offered by 5G.

Whether you’re already an Optus customer or not, read on for more information on the Optus 5G rollout, and the 5G phone and home internet plans currently available.

Use the map below to find out whether you currently have Optus 5G available in your area. If you’d like to compare Optus 5G coverage with Telstra and Vodafone, use the dropdown box to switch providers.

Optus offers 5G on its entire suite of mobile plans. Here’s a quick look at the most popular month-to-month Optus plans available.

Even if Optus was the first Australian provider to offer an out-and-out 5G home broadband plan, they're no longer the only game in town. Still, if you’re interested in trading in your NBN connection for a 5G one, Optus is a good place to start your search.

At a glance, the two different 5G internet plans offered by Optus might not seem all that different, but there are a few crucial differences: Speed, price and inclusions.

The Optus 5G Internet Everyday plan comes in at $79 per month. It comes with one month free, unlimited downloads, Optus Sport + Optus Sport Fitness, and the included Nokia 5G modem. The key difference with the Everyday plan is that download speeds are capped at a 100Mbps maximum. Optus claims Internet Everyday customers can expect around 85Mbps typical evening speeds (7 pm - 11 pm).

The Optus 5G Internet Entertainer bundle typically costs $99 per month. It comes with all the benefits of 5G Internet Everyday with a few extras. Firstly, its speeds are uncapped (though Optus says to expect around 210Mbps for typical evening speeds). Secondly, it comes with an included Fetch Mighty PVR streaming box, one month of the Ultimate Channel Pack free, and included one Premium Channel Pack for the life of the plan.

Both plans come with a $200 setup fee on the month-to-month option ($0 if you sign up for 24 months) and a 50Mbps speed guarantee.

Each month you stay with Optus, the carrier will knock $16 off the total price of the Optus 5G modem.  If you leave either plan before your 36 months are up, you'll have to pay off whatever remains of the $576 the device is valued at.

Optus are currently running an introductory offer for the Optus 5G Internet Entertainer bundle that reduces the monthly cost from $99/month to $89/month for the first six months.

Both Optus 5G Internet plans come with a bundled Nokia FastMile 5G Gateway. It’s a cylindrical modem that could easily be confused for an office paper bin. 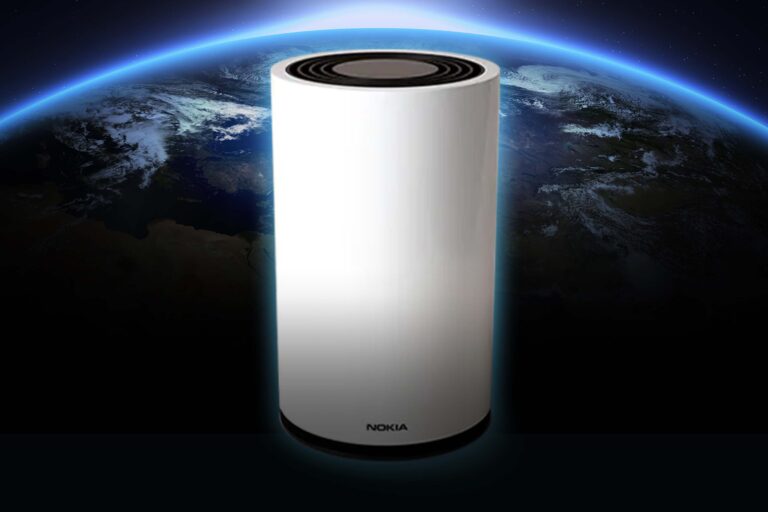 The Optus 5G modem has a unique feature to aid with the set-up. When you first plug in the modem and connect to a 5G signal, an LED ring will flash in the direction where the signal is strongest, guiding you to the optimal spot in your house/apartment to receive a stable 5G signal. It also has 4G/LTE back-up for when the 5G reception isn’t too crash hot; an important inclusion this early in the 5G rollout.

The Optus 5G modem can also be set up and monitored in the new-and-improved My Optus app.

The full lineup of Optus' 5G home internet plans can be seen using the widget below:

Optus has amassed a decent range of 5G phones. While Android users have had 5G access for a while now, there are now plenty of 5G-capable iPhones to choose from.

Which offers the faster 5G experience?

When it comes to 5G speeds, the biggest factor isn't what kind of plan you have so much as where you are physically located. Regardless of whether you're going with Optus or another 5G-capable provider, your position relative to the reach of their respective network and the strength of your connection is going to have a clear impact on the speeds you can reach.

That said, 5G mobile plans are more likely to reach higher speeds for a number of reasons. The first is that some NBN alternatives come with a speed limit. For example, the Optus 5G Internet Everyday plan is capped at 100Mbps.

That put them more or less on par with an NBN100 connection, though Optus does say that 5G home broadband customers on this plan should expect around typical evening speeds of 85Mbps.

Other 5G home internet options like the Optus 5G Internet Entertainer bundle aren't speed capped, so it's possible to get higher speeds. However, Optus does advise potential customers to expect typical evening speeds of around around 239Mbps.

In comparison, 5G mobile plan connections in Australia can reach speeds of as high as 1Gbps. While that figure isn't unusual, it's not universal either.

As with its home broadband counterpart, the speed of a 5G mobile connection is subject to a ton of different variables. Testing done by WhistleOut found that both the Telstra and Optus 5G mobile networks offered average speeds of around 500Mbps, which exceeds the typical evening speeds found across Optus' 5G-enabled home internet offering.

If you're not satisfied with what Optus' 5G home internet plans have to offer, you can see a list of other popular 5G home broadband plans using the widget below: