Is it worth getting a 5G iPhone in Australia?

Apple's flagship 5G phone has finally been revealed but is Australia up to speed? 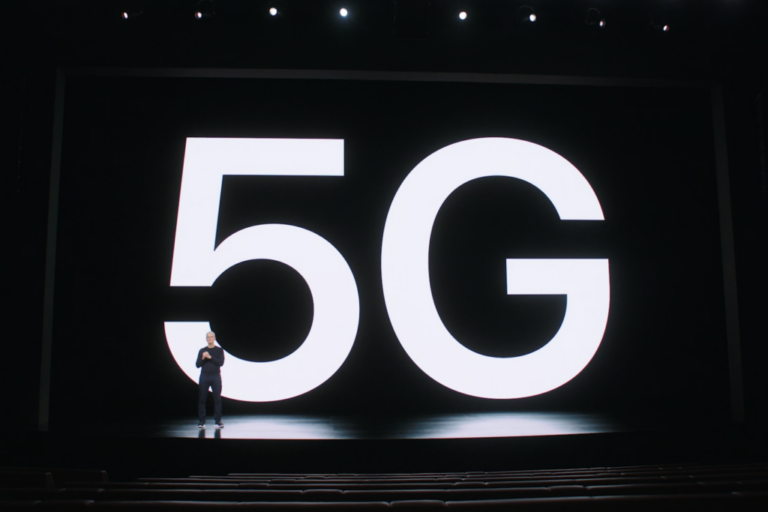 By virtue of its delayed announcement, the Apple community left no stone unturned when it came to uncovering the iPhone 12. Over the space of a few months, the pressure built, and the leaky ship cracked at the seams, releasing almost all there was to know about the next-gen iPhone handsets before they were officially revealed. One tidbit of info that was always a given was that the 2020 generation of iPhones would receive a 5G upgrade after the iPhone 11 missed the boat. Now that it's confirmed, we've been wondering if Australia is ready for a 5G iPhone? Or should you save your cash (or plan upgrade) for a more 5G-ready future?

To our surprise, Apple shelved the current trend of offering 5G as a premium by including the next-gen network tech on every model announced; the iPhone 12 Mini, iPhone 12, iPhone 12 Pro, and iPhone 12 Pro Max will all have the same 5G connectivity. This move might seem like a no-brainer to anyone who doesn't keep tabs on annual Android releases, but quite recently, both Samsung and Google decided to offer 5G phones as a premium variant, an upgrade that you forked out extra for if you wanted to take advantage of it.

The problem is, Australians can't take advantage of it yet. The Australian 5G rollout is still in its infancy. If you looked at a coverage map, you'd see there are healthy pockets of Telstra, Optus, and Vodafone coverage in a few metropolitan hubs but, it's still got a way to go. Even in areas with coverage, it's not entirely reliable (at least in our experience). 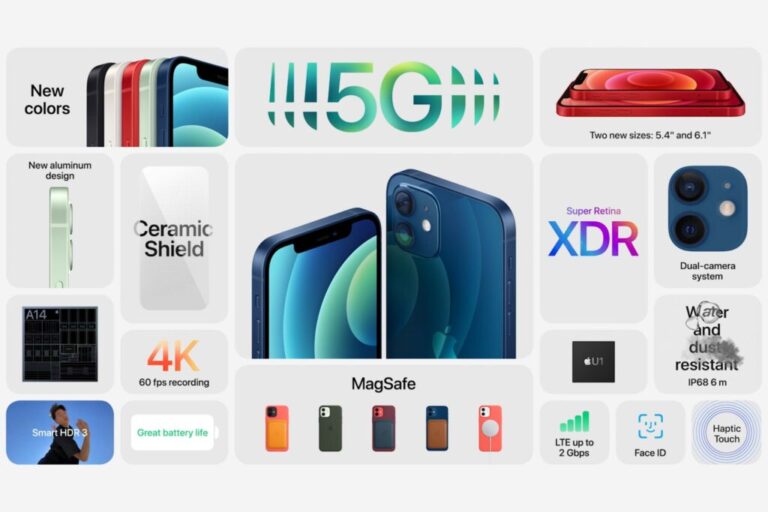 When one less choice is a good thing

If the title of this article were "Is it worth paying extra for the 5G Galaxy Note 20?" the answer would be "No," and it would be a very short article. But Apple doesn't do things in halves, and it's fully committed to 5G.

No cheaper 4G option could be seen as anti-consumer if the new iPhone 12 pricing wasn't almost entirely in line with what Apple charged the same time last year for its iPhone 11 range. (Side note: Apple also announced a modestly priced HomePod Mini at the same event). And while there's still no place for the term 'cheap' in the same sentence as 'iPhone', Apple has held off on requesting a literal arm and leg for another year.

All of this is to say, if you're upgrading your iPhone this year, you're getting 5G, whether you like it or not.

But there is one small (mm) difference for Australians

When Tim Cook first stepped on stage to introduce the iPhone 12, he auto-locked focus on 5G almost immediately. Speed was the theme of the night, and while 5G was only part of that narrative, it's the one on everyone's tin-foil-covered minds. Cook revealed that, while every iPhone 12 would be 5G compatible, not every iPhone would get the same 5G technology. iPhone 12 models sold in the U.S. will pack in more 5G bands than models sold in any other country. So iPhone 12 models sold in Australia (and the rest of the world outside of the U.S.) still get fast 5G speeds, just not as fast as the U.S.

But does it matter? Not really. Actually, not at all. We're talking about a difference between 3.5Gbps (stupid fast) in Australia and 4Gbps in the U.S. (slightly more stupid and fast). If you manage to crack even 3Gbps on your 5G iPhone over the next three years, hats off to you. As our friends over at WhistleOut have pointed out, that's already 30 times as fast as the maximum speed of an NBN 100 connection (and three times as fast as gigabit NBN 1000, which is only available to a select few Australians).

There's also the fact that there's no use for an mmWave 5G iPhone in Australia yet. There aren't any Australian 5G networks that use mmWave as it stands, and it's not likely there will be for another one, two, maybe three, years. Telcos like Telstra and Optus will begin bidding on access to mmWave technology at the start of 2021 but once the agreements are in place and the cashola has traded hands, it'll still take time to get the upgraded network up and running. Remember when Optus announced 4G Plus, and Telstra 4GX? Yeah, you can probably expect the same marketing cycle to land once the next step in 5G technology lands. 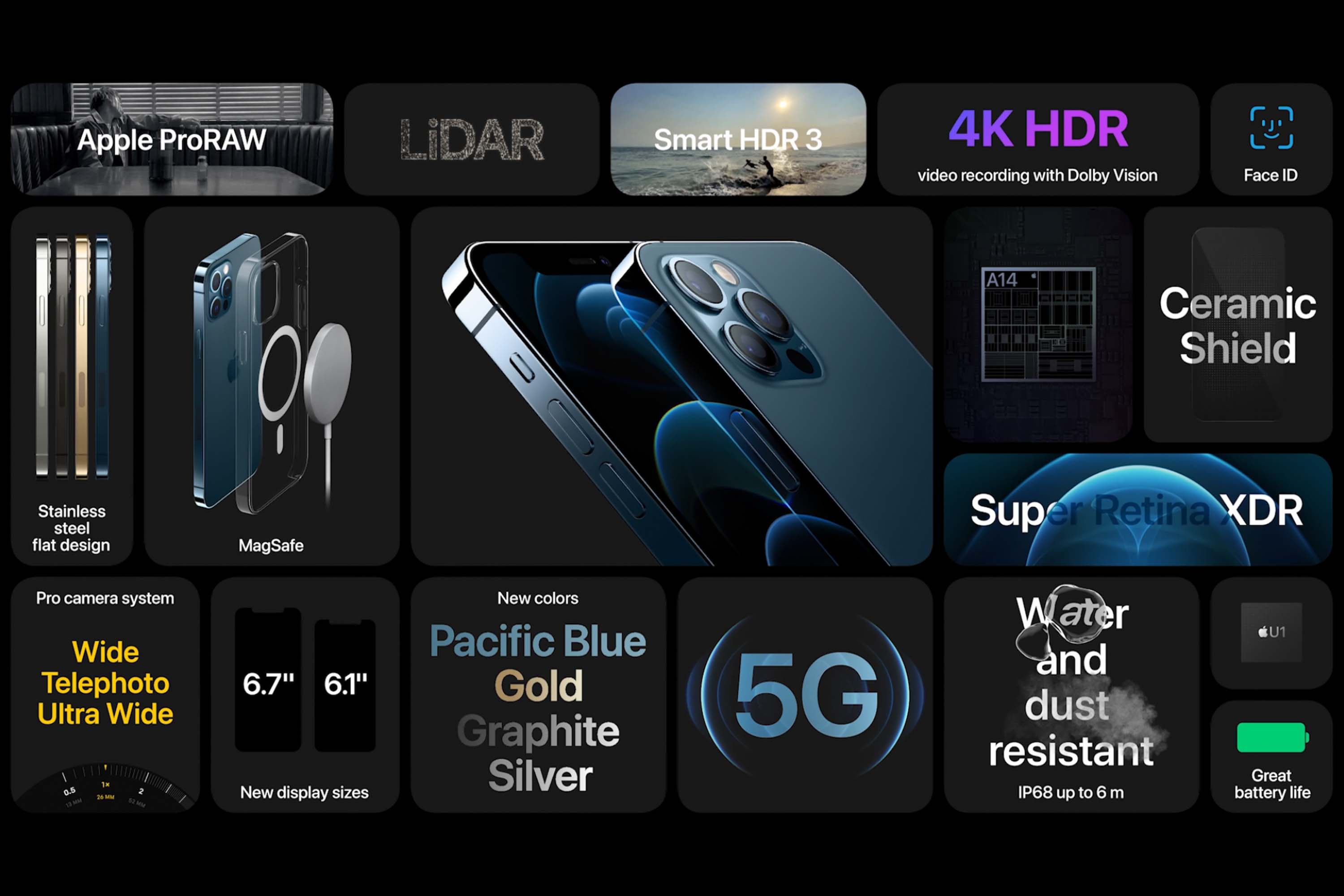 Enough! Should I upgrade to the iPhone 12 or not?

Look, if you're due for an upgrade, there's plenty of reasons to pick up the iPhone 12. Firstly, it's durable as all get out. If your iPhone 8 is held together with Sellotape, you'll be happy to hear the iPhone 12 range is sporting a ceramic-infused Corning display that's supposedly four times less likely to break from a drop. It can also take a dip, which will be handy for Australians making a beeline for the closest pool this Summer. It has an improved IP68 water resistance rating and can be submerged in six metres of water for up to 30 minutes at a time. You don't want to make a habit out getting it wet, but it won't be the end of the world when the urge to do a bomb takes over.

Then there's the upgraded A14 Bionic processing chip, which Apple calls the fastest smartphone chip on the market. And the software boons that chip allows for, like computational photography and better battery optimisation (which will be essential for 5G use). There's also some sweet kit available thanks to the MagSafe tech each iPhone 12 has. Essentially, it lets you attach wireless chargers and accessories (like phone wallets and cases) magnetically.

Lastly, and most importantly, the iPhone 12 has something called 'Smart Data' mode, which allows the iPhone 12 to analyse the phone's tasks and behaviours so it only uses 5G when necessary. If the task you're performing doesn't require a super-fast 5G connection, the iPhone 12 will shut it down, prioritising battery over performance. Smart Data mode is like the Starfleet captain that redirects power to the necessary resources only where they're needed, balancing priorities to optimise speed, power, and battery life. Our early experiences with 5G have been an almost unworkable drain on battery life, so 'Smart Data' could be the key to feasible 5G if it does what it says on the tin.

The iPhone 12 is not a tough sell  if you're rocking the iPhone 8 or below, and its pricing makes the iPhone 11 a less-than-ideal proposition. There's an argument to be made for the cheaper 4G iPhone SE, but if you plan on keeping your handset past the typical three-year cycle, it's probably best to be 5G ready. How else are you going to download "dope skins" in League of Legends: Wild Rift?

Telstra, Optus and Vodafone all offer (limited) 5G in Australia. It's worth checking out each provider's 5G coverage if you're thinking of upgrading to the iPhone 12 but if you've got ample coverage in your area, and no further questions, take a look at the most popular iPhone 12 plans offered by each provider.

And if you're looking to go Pro, you can peruse the most popular iPhone 12 Pro plan options in the table below.