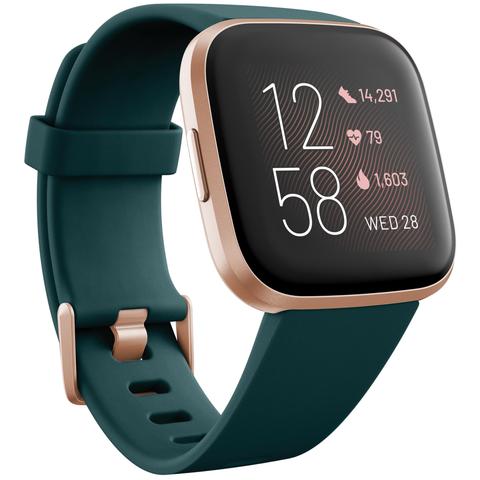 I've been asking these questions to friends and family a lot lately, trying to collect a variety of opinions from the people I know who use smartwatches and fitness trackers. Strangely, most of these people said something completely different. For some, the fitness tracking aspect is now an indispensable part of their daily routine. In fact, it could be argued that their watch was now calling the shots having established a pattern of guilt, shame and obligation to fitness that the watch now demands though its daily goals.

The Versa 2 may lack a few of the tech features of an Apple or Samsung device, but it covers most of what anyone will need from a device like this. Plus, it has far better battery life than most smartwatches.
Check Price

Others use their device to escape their smartphones. Most smartwatches delivered message and email notifications with just a snapshot of the message, like the subject line of an email. This kept my friends feeling connected and up-to-date without feeling like zombies staring at screens all day.

For me, I feel like all of these things are important but there are a few things that separate the great devices from the pack; namely comfort and battery life. I also quite like wearing a watch to see the time.

Let's take a look at what we love and hate about the Fitbit Versa 2 and see how it stacks up against an Apple Watch.

So what is the Fitbit Versa 2? A watch, a fitness tracker or both? 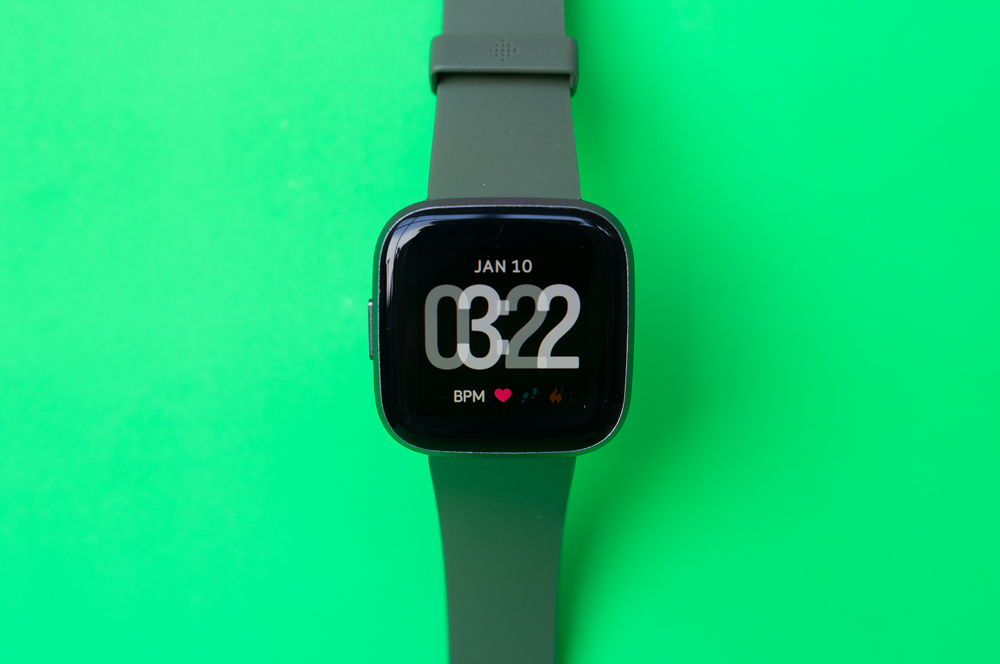 The Versa 2 in a nutshell

The Fitbit brand is synonymous with fitness tracking so it would be an easy mistake to assume that the Versa 2 didn't have smartwatch features. But it actually has more in common with an Apple Watch than it does with a stand-alone fitness tracker, like the Fitbit Charge 3.

You connect the Versa 2 to your phone using the Fitbit app and can see when someone is calling, messaging you or when you receive an email. You can select to see notifications on the Versa 2 from a long list of apps, like WhatsApp and Slack. At the same time, the Versa 2 is keeping constant watch on every step you take and has exercise modes that you can use to manually keep a record of your workouts.

The big difference between the Versa 2 and a number of other smartwatches is that you can't use it to make and receive calls. Smartwatches like the Apple Watch 5 can support eSIM technology which can be linked to your watch as well as your regular mobile phone account. This means you can leave the house without your phone and rely solely on your watch. This is cool, but expect to pay a lot more than the price of a Versa 2 for the privilege.

What do we love about the Fitbit Versa 2?

There is plenty to like about this smartwatch, but the standout feature is its week-long battery life. While most competing devices need to be charged every day, I found I would routinely get between 6 and 7 days battery life which is phenomenal. In a world when everything from headphones, to cars, to toothbrushes needs to recharge, it is really nice to have one less device to think about too often.

It's remarkable when you think about it. Apple estimates you will need to recharge its Apple Watch every 18 hours which barely covers someone's regular waking hours. Samsung's new Galaxy Watch Active is supposed to last for about 60 hours, or two-and-a-half days. The Versa 2, by comparison, should stay awake for over 120 hours; longer in my personal experience.

The secret here probably boils down to the Fitbit's lack of connectivity and lower resolution display. It's definitely a trade-off, but one that I think is more positive in a device like this. 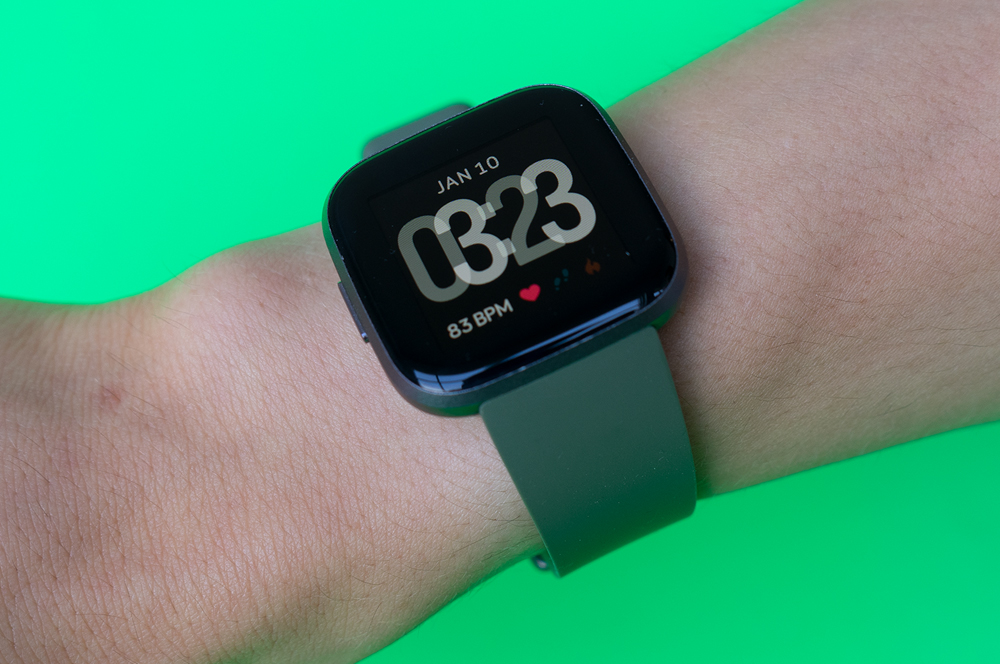 The design of the Fitbit Versa 2 is also a big tick in my books, though this is largely thanks to how liberally Fitbit borrow from Apple's watch design. The screen on the Versa 2 is the right shape and size, and importantly the watch is quite lightweight. You'll especially notice this last point if you've worn a Samsung Galaxy Wear watch which tends to be thick and heavy.

The AMOLED display is bright and clear, but definitely a lower quality compared to an Apple Watch Series 5. There is a visible bezel around the display that you don't see on other smartwatches, but I can't say this has ever bothered me while wearing it.

One feature I've found more useful than I expected is the built-in support for Amazon Alexa. I have some smart home gadgets set up at home and use Alexa as a way of controlling them, and being able to send the commands with a whisper towards my wrist rather than bellowing at a speaker has been a nice change of pace.

How does it compare to an Apple Watch?

On paper, the Fitbit Versa 2 has a lot in common with the older Apple Watch Series 3, which you can still get through Apple, though it is now superseded by the newer, and more expensive, Series 5.

Both watches tell the time, track exercises and heart beats, notify you when you get a call or a message and let you control some apps on your phone, like Spotify.

You can speak into both the Fitbit and Apple watches via built-in microphones, but only Apple devices have speakers to speak back.

But as mentioned above, the really notable difference is battery life. Apple estimates that you should get 18 hours of use between charges, though this could be even less depending on how often the screen is on. Fitbit estimate 5 days between charges for the Versa 2. In other words, it is 18 hours versus 120 hours.

The Apple Watch app ecosystem is definitely more robust, meaning there is more you can do with an Apple Watch if you dig around for third-party apps for functionality. But ultimately the question boils down to how much do you want to do with your watch? This question may be the deciding factor if you are tossing up between a Fitbit or an Apple Watch.

Drawbacks: it's not really an 'appy place 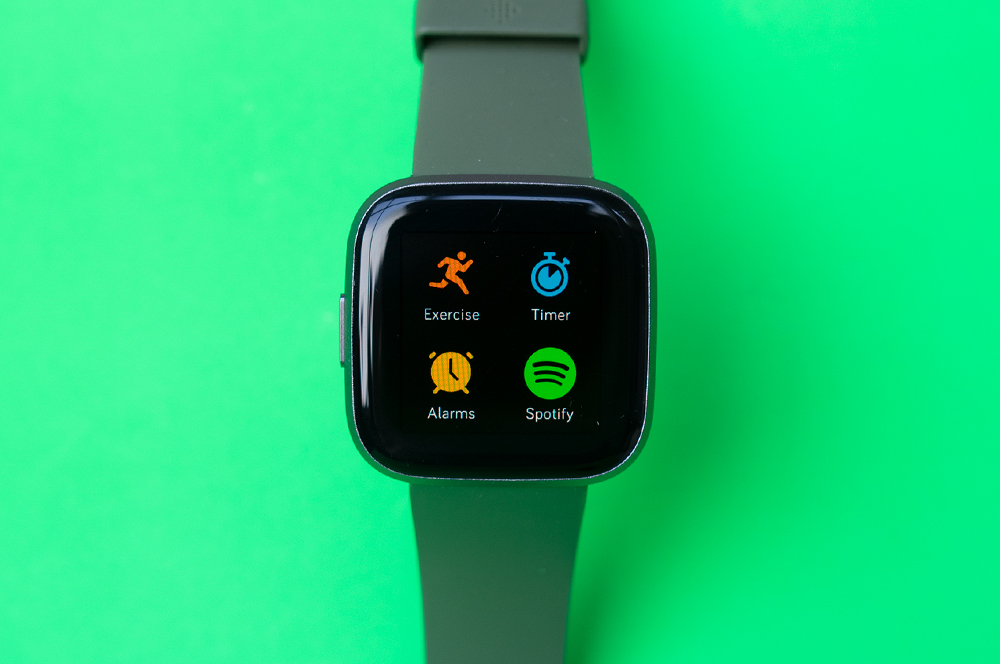 Unlike many smart devices you'll buy these days, the best bits of the Fitbit Versa 2 come straight out of the box. Which is to say that if you're hoping to supplement missing functionality with a third-party app, you'll find there isn't much to download through the Fitbit app.

For starters, there are a few things I think should be part of the basic suite of apps developed by Fitbit. A major part of using Fitbit as a service is monitoring your weight, and by extension your food and water intake. There really should be ways of using the Versa 2 to push this info to your account, but there's not.

Third-party solutions exist for some of these tasks, but don't expect a smooth, elegant experience. I found apps to manually input current weight, and another to plug in the amount of water I drink and both were really rudimentary.