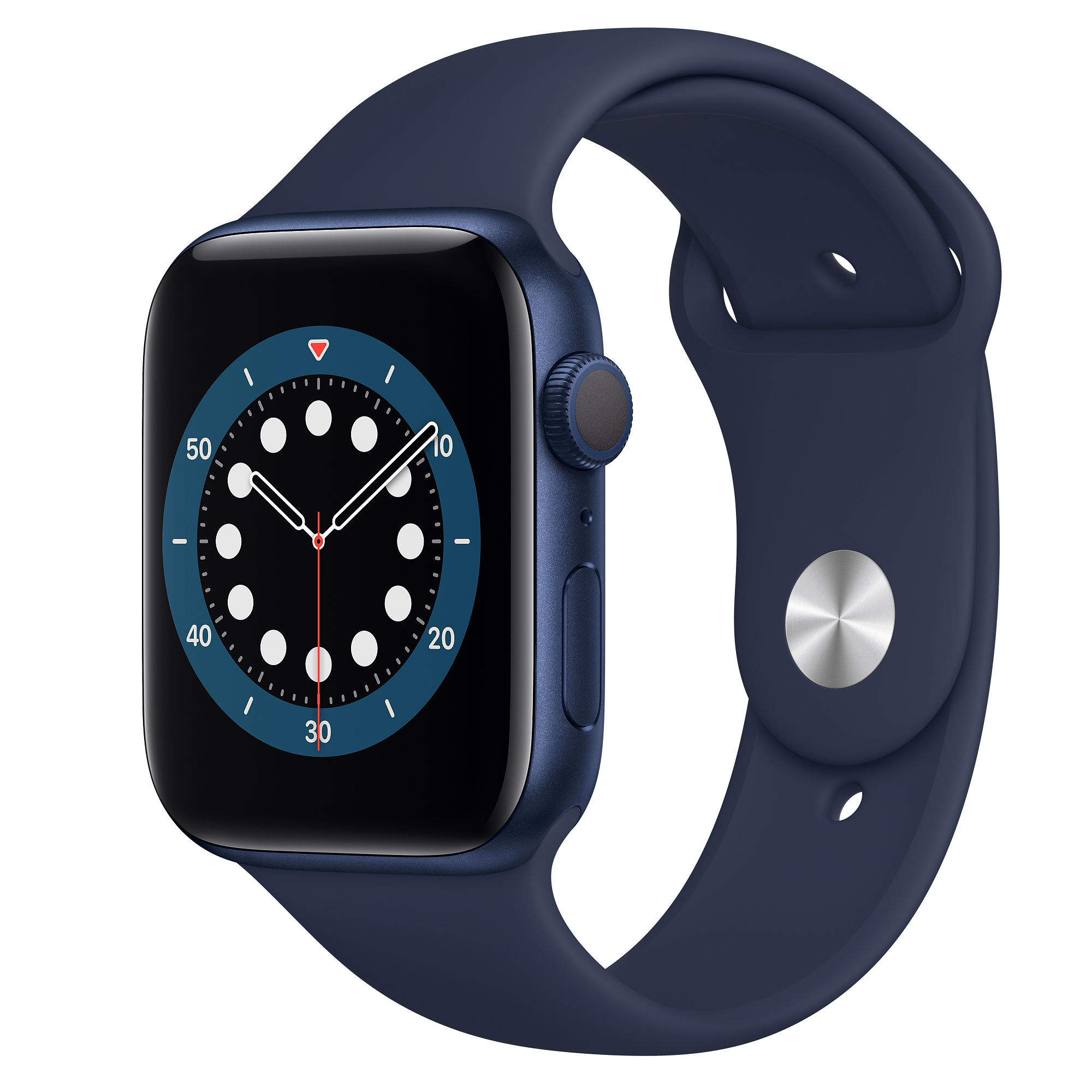 The Apple Watch Series 6 is, undoubtedly, the best smartwatch currently available. It’s good looking, zippy, packed with great health features and unmatched iPhone integration. Some features are still unavailable in Australia, and we’d love to see better battery life, but fast charging just about makes up for it.

The good stuff
The bad stuff
From $599 at Kogan

Though it certainly wasn’t the first smartwatch to hit the market, the Apple Watch changed the game when it landed in 2015, and tech manufacturers have been playing catch-up ever since. The Series 6, released in September 2020, isn’t vastly different from its predecessor, but the new features it does bring only affirm its position at the top of the smartwatch pyramid.

The best comes at a price.

Apple isn’t exactly known for producing the most budget-friendly products in the world, and as their flagship smartwatch, the Apple Watch Series 6 certainly ain’t cheap. Prices start at $599 for the base GPS-only, 40mm model, and the most expensive variant (the 44mm titanium cellular model) will set you back anywhere between $1,269 and over $2,000, depending on your choice of band.

If $599 is a little beyond reach but you’re still set on an Apple Watch, the tech giant has two cheaper alternatives. First, there’s the newly-released Apple Watch SE (from $429), which looks essentially identical to the Series 6 but has no always-on display, no ECG, no SpO2 sensor, an older-gen processor and a less advanced optical heart sensor. If you’re keen to save even more cash, the Series 3 is still available, and with prices from $289, it’s a much more palatable option. Read on to see how the three models compare.

The Apple Watch’s appearance has barely changed since its first incarnation. Sure, the screen is bigger and brighter nowadays, but Apple has stuck with the same design (rounded rectangular case, digital crown and multifunction button) for five years now. I like change as much as the next person, but in the case of the Apple Watch 6, I very much get the vibe of, “if it ain’t broke, don’t fix it.”

That said, Apple has added a couple of new finishes to the Series 6. In aluminium, there's the usual Silver, Space Grey and Gold colours, plus a new Blue and (PRODUCT)red hue. For those who opt for stainless steel, there's the usual Silver, Graphite and Gold, while titanium comes in the originally-named Titanium colour or Space Black. All colours are available in a 40 or 44mm case size, with dozens of watch bands to choose from. 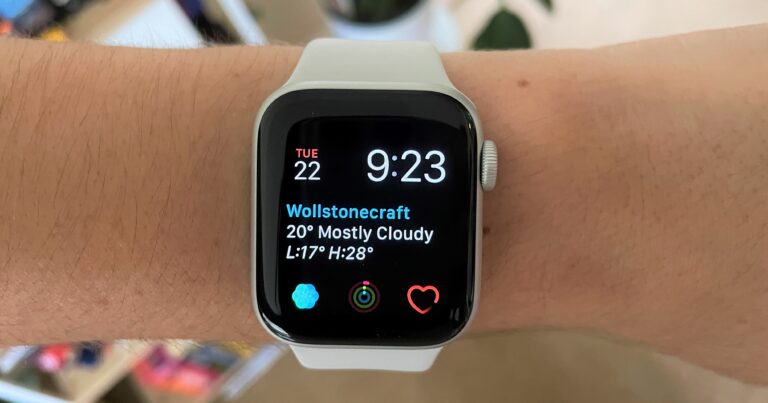 The design is simple and practical, but it’s also quite beautiful, too. Series 6 also introduced a larger range of watch bands, which make the Apple Watch more versatile than ever. I tried the 40mm model with the sport band and the sport loop band, both of which felt comfortable and secure. This year, Apple also dropped the new “solo loop” band, a clasp-free, ultra-stretchy band available in nine wrist sizes. 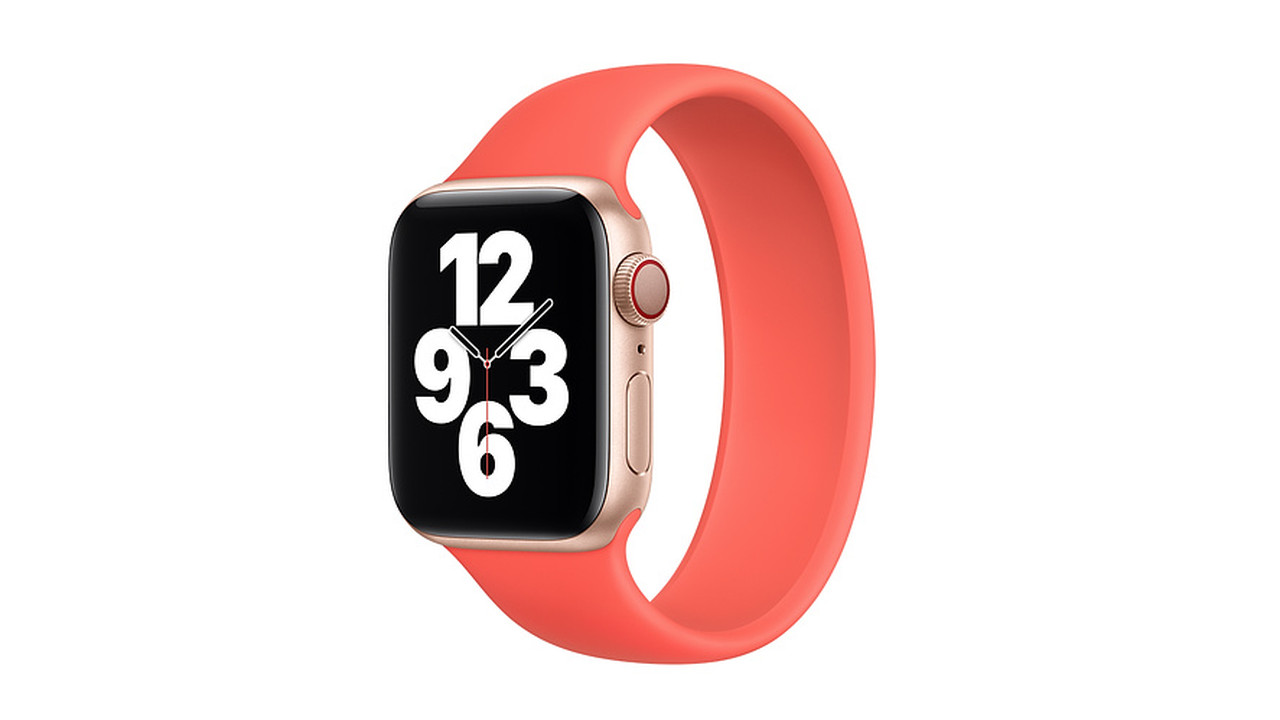 For the last couple of years, I’ve been a Fitbit Versa devotee, but a few weeks with the Apple Watch later, I’m officially a convert. I’ve tried a decent handful of smartwatches now, and none have been nearly as enjoyable to use as the Series 6.

I’ve tested Google WearOS watches as well as watches with their own proprietary software, and not one has come near the Apple Watch when it comes to phone integration. It’s flawless. Responding to calls and texts is easy as pie, notifications are done perfectly, and almost every third-party Apple Watch app I tried was equally as smooth as Apple’s own.

Typical smartwatch features aside, it’s the health features that really make the Series 6 stand out. Where many fitness trackers focus on steps, metres climbed and kilometres walked, Apple’s watchOS gives you three simple goals to hit every day - an activity goal (how many calories you’ve burned), a move goal (how many minutes a day you’ve exercised) and a stand goal (how many hours of the day you’ve gotten up and moved around). I found these goals far easier - albeit still challenging - to hit than those given to me by other smartwatches. If there’s one thing the Apple Watch does well, it’s motivating me to get off my lazy butt.

The Series 6 has also introduced an SpO2 sensor, which monitors the saturation of oxygen in your blood. A reading of more than 95 per cent is considered “normal”, but 92 per cent and below may indicate an underlying health issue, such as sleep apnea. It’s not a feature you’ll use every day, but it’s welcome nonetheless.

On the downside, watchOS’ sleep tracking feature could definitely use some work, as it’s pretty rudimentary in its current state - especially when compared to the likes of Fitbit. Another big minus is the Apple Watch’s ECG function (found in Series 4 and newer) and irregular heart rhythm notifications, both of which have finally been approved by the TGA but haven't made their way onto the device just yet.

Look, the Apple Watch Series 6 battery life isn’t going to blow you away. It’s not the worst I’ve ever seen in a smartwatch, but not the best either - the most you could hope to get out of a single charge is two days, and much less if you’re a frequent user. It’s a slight improvement from previous gens, but given the Apple Watch Series 6 price point, we’d expect more.

That said, the Series 6 does come with one important addition: fast charging. If you actually want to use the sleep tracking feature, you don’t have to leave your watch charging overnight - an hour or so before or after work should be enough to give you a full day (and then some) of battery.

How does the big bro of the Apple Watch family stack up?

Not sure which Apple Watch is right for you? Check out the table below to see how the Series 6, SE and Series 3 differ in features, pricing and more.

Simply put, if you’re an iPhone user in the market for a smartwatch, you can’t do better than the Apple Watch Series 6. It’s stylish, versatile, packed with features and boasts by far the best operating system and some of the most advanced hardware you’ll find on a smartwatch. In the end, the battery life is really the only thing dragging Series 6 down, but if you’re happy to charge your watch every other day, you’ll have no complaints.