Apple Watch... is that you? 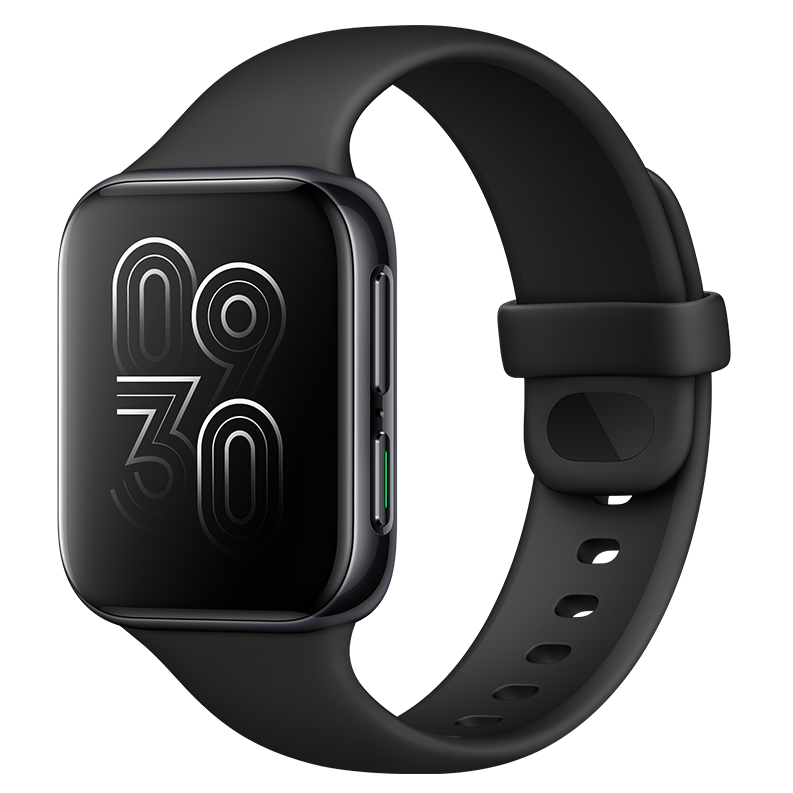 Its Apple Watch-esque appearance, imperfect sleep tracking and average battery life aside, the OPPO Watch is a great first step by the manufacturer into the world of wearables, with a gorgeous screen and solid smartwatch features.

Is it a bird? Is it a plane? Is it an Apple Watch? You’d be forgiven for the latter, but no, it’s the OPPO Watch. The popular Chinese manufacturer has taken its first confident steps into the smartwatch world, and what a stylish debut it is. But does the OPPO Watch’s performance match its sleek (if extremely familiar) appearance? Let’s find out.

Giving Apple a run for its money.

The OPPO Watch comes in two sizes: 41mm, which retails for $449, and 46mm, which has an RRP of $549. They’re priced pretty much on par with the new Apple Watch SE, which is fair given the similarities in features.

Unlike the Apple Watch, however, there are differences between the two OPPO Watch models beyond their sizes and prices. The smaller 41mm model (what I tested) has a flat screen, up to 24 hours of battery life and comes in three colours: black, pink gold and silver mist. The 46mm model, on the other hand, has a more immersive curved screen, has slightly better waterproofing (5 ATM vs the 41mm’s 3), an extra 12 hours of battery life and comes in two colours: black and glossy gold.

No, the OPPO Watch hasn’t got the most groundbreaking design we’ve ever seen. Yes, it’s uncannily similar to another certain very popular smartwatch. That said, OPPO clearly chose this design for a reason: it’s beautiful. And hey, the bands are at least different enough. 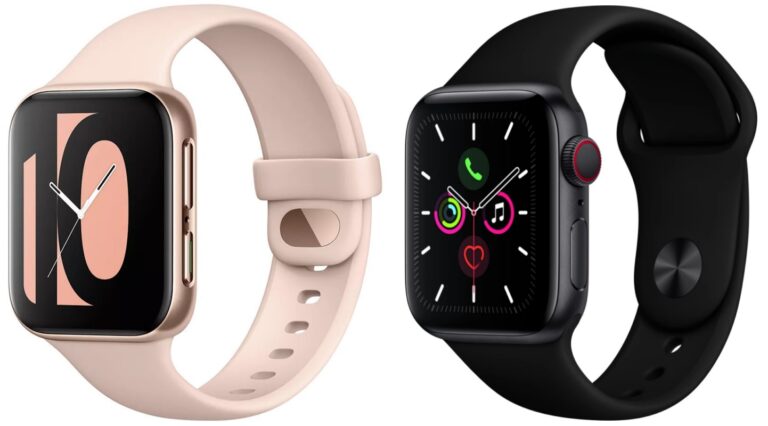 I tested the pink gold 41mm variant and found it to be a comfortable and surprisingly chic addition to whatever I threw on that day. It’s quite lightweight at just over 30g, and the 1.6-inch AMOLED display is bright, vibrant and responsive. 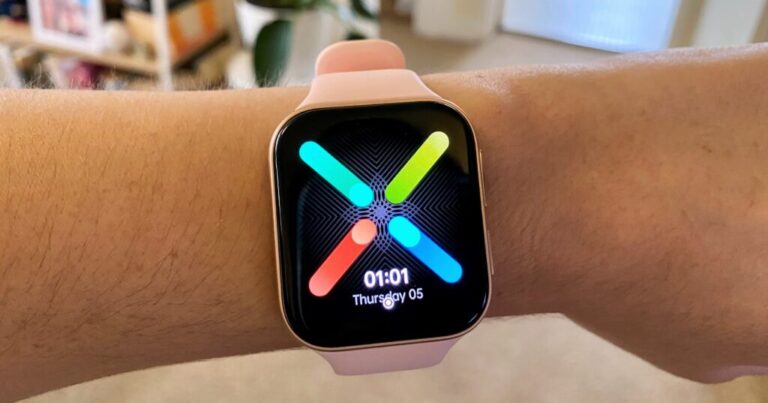 On the left side of the watch, you’ll find a microphone and speaker side by side. On the right, there are two buttons. The top button will take you back and forth between the home and app screens, while the green-lined bottom multifunction button can be programmed to open the app of your choice. 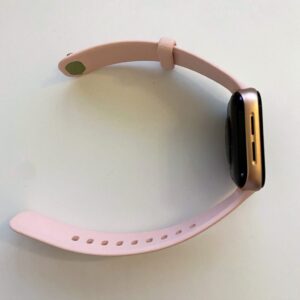 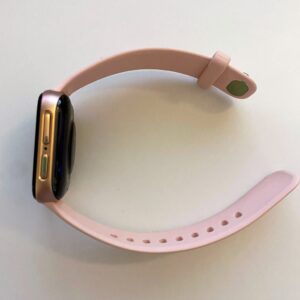 Where the Versa 3 is a fitness tracker first and smartwatch second, the OPPO Watch is the opposite. In terms of its smartwatch features, it’s about as close as Android users could hope to get to the kind of connectivity Apple Watch and iPhone users experience.

You can make and take calls, reply to messages and emails, record voice memos, set reminders, translate speech, check Google Maps, and use your watch to make tap-and-go purchases with Google Pay. It’s all good.

However, the OPPO Watch doesn’t quite hold up in the health and fitness tracking game. I wore it at the same time as my Fitbit Versa 3 (which I have found to be consistently accurate in tracking sleep, exercise and heart rate) and the results were, at times, vastly different on the two devices.

After a half-hour jog, both logged roughly the same stats when it came to tracking heart rate, but there was a difference of about 17 calories and 9 metres respectively when recording calorie burn and elevation. Still, they were close enough to get a general idea of my workout.

It’s at night where the true differences really come out. Fitbit has long held the gold standard for sleep tracking, breaking your Zs into light, deep and REM sleep, as well as time awake. The OPPO Watch tracks all but REM and tended towards overestimating how long I had actually slept. In fact, on a few days, there were discrepancies of over an hour.

But it’s not all doom and gloom - the OPPO Watch actually has something over Fitbit. With your Fitbit, you can set it to vibrate every hour to remind you to get up and walk for at least 250 steps. The OPPO Watch goes one better, giving you a short workout (well, mostly stretching) to get yourself moving if you’ve been sitting for an hour. Turns out being shamed by a tiny computer on my wrist actually works. Who knew? 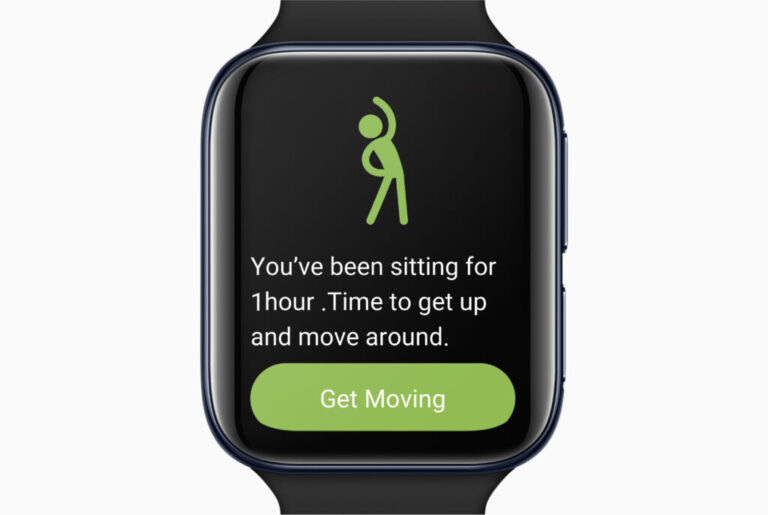 To be honest, I found it quite difficult to get the 41mm to the 24-hour mark with moderate use. It’s not ideal, but it’s also pretty standard stacked up against smartwatches from the likes of Apple and Samsung. Yes, we’re still in the early days of wearables, but having to charge something as essential as a watch every single day just doesn’t cut it. Here’s hoping our tech overlords start shifting the focus towards longer battery life in the coming years.

One thing that almost makes up for the OPPO Watch’s mediocre battery life is how fast it charges. With a 15-minute blast, you can top up the 41mm model by 30 per cent and the 46mm model by 46 per cent. Both can fully charge in 75 minutes.

Yes, if you're an Android user.

I can’t see why an iPhone user would opt for the OPPO Watch over Apple’s offerings, but for Android devotees, it’s one of the better WatchOS devices currently available. It’s lovely to look at, comfortable to wear, easy to use and makes simple everyday tasks a whole lot more convenient. For a first go, OPPO has done a great job, but I’d love to see an extra day (or at least half-day) of battery life for each model and improved sleep tracking in the next gen. If health fitness tracking is more important to you, go with a Fitbit. If not, you'll be very happy with the OPPO Watch.