Everything announced in the Apple Event 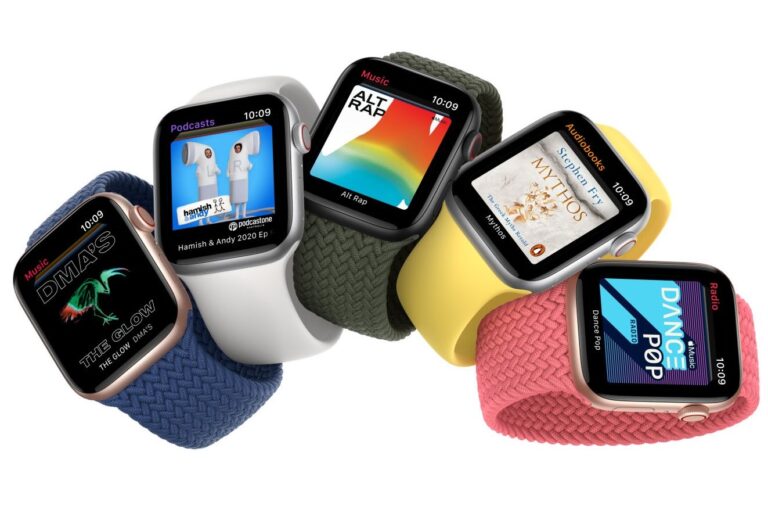 Apple tends to do things a certain way, and not even a global pandemic was going to stop them from delivering their annual September announcements - albeit with one glaring omission.

Bright and early at 3am AEST this morning, the Cupertino-based tech giant unleashed a bevy of new devices (along with an eagerly awaited iOS update). However, for the first time in eight years, Apple’s September event has not included the announcement of a new iPhone lineup (expected this year to include the iPhone 12, 12 Max, 12 Pro and 12 Pro Max). Instead, they’ve launched the Apple Watch Series 6 and SE (as expected), the iPad Air 4, and iOS 14.

On the smartwatch to fitness and health tracker spectrum, Apple has always tended more towards the former, however, the Series 6 may just be the equaliser they needed to stay competitive with the more health-focused Fitbit and Garmin.

The Series 6 introduces a blood oxygen sensor, which, along with the new and improved heart rate app, can alert the user to potentially life-threatening irregularities. With the new watchOS 7-powered wearable, Apple has also finally released a new Sleep app, better fitness metrics, as well as what we’ve dubbed the most 2020 feature of all time - a handwashing timer.

If you struggled with the display of your older-gen Apple watch, you’ll be happy to hear the Series 6 comes with an always-on Retina display, which is now ‘significantly brighter’ outdoors.

For possibly the first time in Apple history, the next-gen lineup will actually be cheaper than its predecessor. Upon launch, the Series 5 ranged from $649 to $1,399. We’re pleasantly surprised to see that Apple has shaved a minimum of $50 off each model across the lineup, which ranges from $599 to $1,269.

Those keen to get their hands on the Apple Watch Series 6 can start ordering today or purchase in-store from Friday.

Apple fans on a budget can now join their bougie brothers with the Apple Watch SE, which the company has taglined ‘Heavy on features. Light on price.’

Replacing the still-popular Series 3, the SE shares many of the same features as its exxy sibling (including the S5 processor, accelerometer, gyroscope, always-on altimeter, sleep tracking, fall detection and handwashing monitor), however, it does come with a few caveats. You can wave goodbye to the 6’s always-on display, ECG functionality and blood oxygen sensor.

If those are sacrifices you’re willing to make, you can pick up the watchOS 7-powered SE from $429 from Friday.

Not only does the iPad Air 4 blow its predecessor out of the water, but with it, Apple appears to have unintentionally created an iPad Pro for several hundred dollars less. The new model comes with the same screen as the Pro, but an even better processor (the A14 Bionic). Tech insiders are now questioning why you’d even consider buying a Pro when the Air 4 boasts all the same features, except for a higher 120Hz refresh rate and Face ID.

Designwise, the iPad Air 4 has had quite the makeover. With its 10.9-inch, bezel-free, edge-to-edge display, flat edges, improved rear camera and USB-C port in lieu of Lightning, it’s a far cry from the Air 3. It also supports the Magic Keyboard and Apple Pencil.

The iPad Air 4 comes in five chic colours (Silver, Space Grey, Rose Gold, Green and Sky Blue) and starts from $899. The wait is a little longer than that of the new Watch lineup, with a vague release date of ‘October’.

Don’t have a spare few hundred bucks to splash on a new watch or iPad? No worries - your iPhone is set to get some juicy new features with the release of iOS 14 today.

With its new update, Apple has taken a leaf out of Android’s book, introducing homepage widgets. They’ve also implemented the new ‘App Library’, which automatically arranges your apps into categories.

Calls no longer take up the whole screen, and even FaceTime calls (and videos) can be shifted to picture-in-picture so you can multitask like a pro.

The Messages app has had a much-needed refresh, including the addition of pinned conversations, group photos, mentions and inline replies. Siri has had a revamp too, with a new compact design, greater knowledge, and the ability to send audio messages.

Apple is also going after Google with its massive Maps update (which now includes local guides) and, interestingly, their own Translate app.

The iOS 14 update will be available sometime today (likely this afternoon or evening), so keep your eyes peeled!