The Apple Watch SE isn't essential, but it's got the credentials. 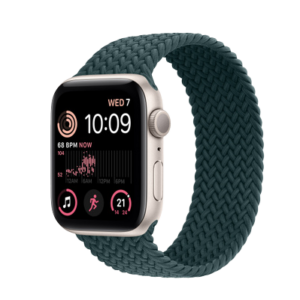 The new Apple Watch SE isn't as stacked when it comes to features as the alternatives, but it doesn't fuss around when it comes to the fundamentals. It's a cheaper Apple Watch that's a perfect fit for first-timers, buyers on a budget and those who don't need quite so many bells and whistles.

Perched at the bottom-most end of the latest Apple Watch lineup, the new Apple Watch SE serves the same purpose as that of Apple's original budget-friendly smartwatch. It's the Apple Watch for those who aren't sure whether they need an Apple Watch, or at least unsure enough to balk at the idea of dropping $629 on the flagship Apple Watch Series 8.

With a significantly more affordable price point than that of the Series 8 and the new Apple Watch Ultra, the Apple Watch SE is the obvious option for those who want to see just how much having a companion to their smartwatch adds to the overall experience. It's not quite try-before-you-buy, but it's capable enough that it's easy to recommend to those who want to see what all the buzz is about without fully buying in. 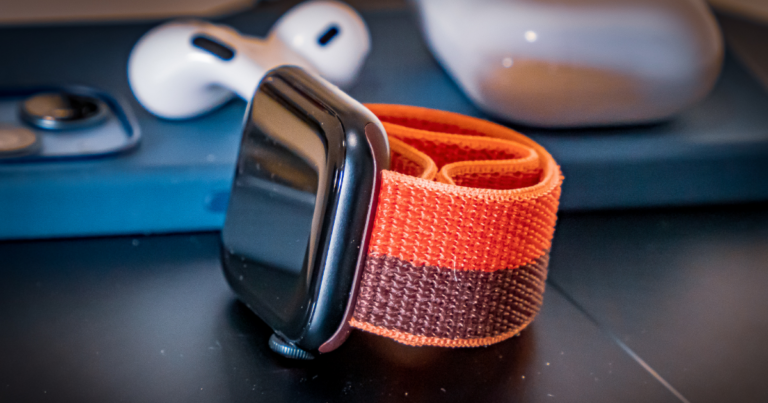 How much does Apple Watch SE cost in Australia?

It's not cheap, but it is a lot cheaper than the Series 8

In Australia, pricing for the Apple Watch SE starts at $399. That sum gets you the 40mm model with GPS connectivity.

Even if the Apple Watch SE is a standout option for those seeking the cheapest Apple-made wearable, it's still significantly more expensive than many other fitness-tracking alternatives. Still, consumers can save if they shop smart. Be sure to check out the table below for a round-up of Australian pricing for the new Apple Watch SE. 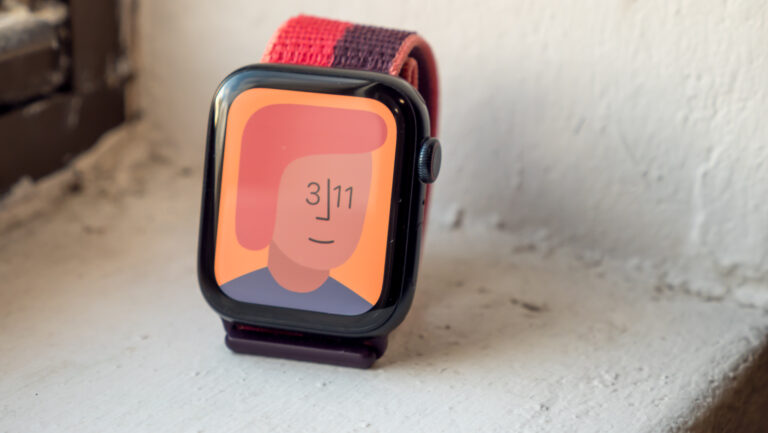 The new Apple Watch SE doesn't mess with the formula where it can get away with leaving it as is. As a result, the most significant differences between this year's wallet-friendly Apple smartwatch and its 2020 counterpart are going to be all but invisible to most.

Even by its own conservative tilt, Apple has opted for the lightest of light touches here. Regardless of whether you're talking about the design, display, battery, bells and whistles, I think most people would struggle to tell the difference between this budget-friendly smartwatch and its predecessors.

As with other Apple Watches, the layout is simple and consists of two buttons. There's the Digital Crown, which is a nifty multipurpose dial, and a secondary key. The control scheme is intuitive from the get-go, though it's no different from the one found in other Apple-made wearables.

The display on the Apple Watch SE is something of a different story. The bezel on the LTPO OLED screen is a bit thicker than the ones you'll find on the more expensive models, but this doesn't really impact all that much on the functionality or comfort associated with the device.

If you have any watchbands for an older Apple Watch, they'll work just as well with this thing as they did the last. That's nice to know if you're upgrading from an older model, but even nicer for newcomers as it means they have access to a huge amount of choice when it comes to kitting out this particular smartwatch.

Like all other Apple Watches, the new SE is designed to be worn as an accessory and treated like a companion to your iPhone. The fact that you can't use this device with an Android device is hardly new, but it still irks me because if Apple gave me the option I'd probably take them up on it in a heartbeat.

As it stands, you'll need to connect it to an Apple Watch to set it up and all the juicy data it collects can be viewed using the Apple Health and Apple Fitness apps. Buyers of the new Apple Watch SE will also nab themselves three complimentary months of Apple's Fitness+ subscription service, which is a thrifty freebie valued at around $45 all told but entirely incomparable to the free months of Fitbit Premium that Google's Pixel Watch includes.

In terms of what you're missing out on here relative to the Series 8 and beyond, it's worth noting that the Apple Watch SE doesn't come with the option of sapphire crystal screen protection or dust resistance. It also lacks the U1 connectivity found in more recent Apple Watch models (for more accurate location tracking), an always-on display and support for faster charging.

This year's Apple Watch SE also omits a few of the newer health-tracking sensors found in the Series 8 and Ultra, including the dual-frequency GPS and support for ECG and blood oxygen tracking. While these exclusions represent something of a compromise, I'm not utterly convinced that all that many users (and especially first-time Apple Watch buyers) will tangibly miss their presence. They would have been nice to have, but they do little to diminish what works about the Apple Watch SE.

With a body made of aluminium and a material design that keeps things feeling sleek, the cheapest Apple Watch has no problems feeling expensive. Unless blood oxygen tracking is something you know you want or need for a specific reason, it feels like the kind of additional health-tracking sensor you can probably make do without it.

The new Apple Watch SE isn't as stacked when it comes to features as the alternatives, but it doesn't mess with the fundamentals. That's kinda the whole story, not to mention most of the appeal.

The same silicon with a single shortcoming 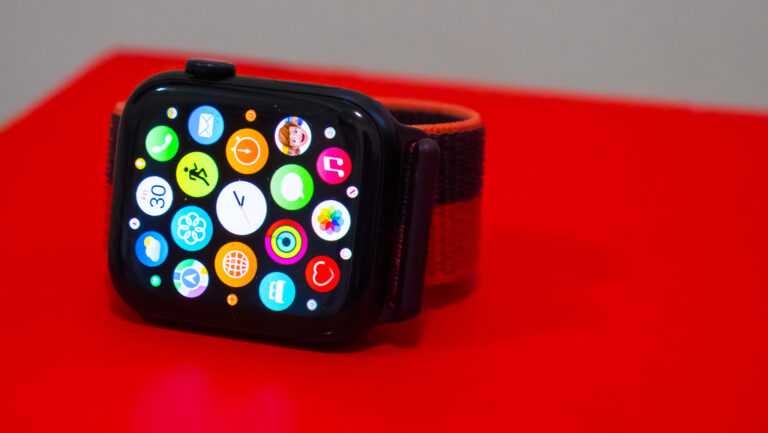 Moment to moment, the Apple Watch SE feels snappy and responsive to use and nice to wear. If you come in expecting the cheapest Apple Watch to compromise when it comes to performance, you're like to be as pleasantly surprised as you will with the design of the thing.

Aside from the predictable absence of an ECG and Blood Oxygen app, the software experience here is a dead-ringer for the one offered by the Series 8 and its predecessors. The hardware deviations are a short list, but the performance is even shorter.

Apple's official estimates say to expect around 18 hours of regular usage on a single charge. In my experience, I'd usually be able to make it through between a day and a day and a half before I'd need to charge it up again. Granted, I'd expect that figure to vary considerably if you opt for the cellular model and if you're more aggressive about making use of the GPS tracking.

All told,  the battery life here is more good than great. It's always easy to wish for a few more hours, but if you're the approaching idea of buying a smartwatch from a place where you're already considering something with the compromises that the Apple Watch SE involves, it feels like you'll be able to get away with it.

Is Apple Watch SE worth buying? 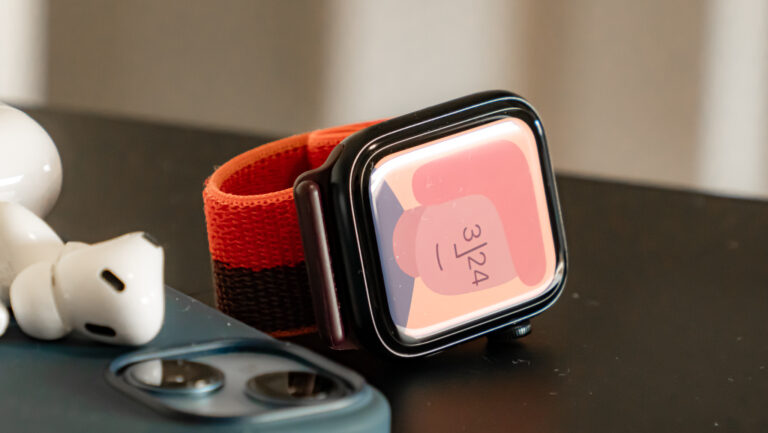 If you're uncertain about whether or by how much your iPhone experience might be improved by connecting it to one of Apple's pricey health-tracking wearables, then I wouldn't hesitate to recommend giving the Apple Watch SE a crack.

Battery life aside, most of the compromises involved with picking the new Apple Watch SE over the Series 8 feel skin-deep. Unless ECG or Blood Oxygen tracking is something you already know you can't live without, chances are that you can survive skipping out on it here.

Even if you're ultimately unsatisfied with what the new Watch SE has to offer, you're spending a fair bit less upfront and coming away with most of what Apple's spin on smartwatches has to offer. If that experience awakens an appetite for something with more bells, whistles and battery life, then you're in a better position to take the next step.

For now though and for the uncertain especially, save the money and get yourself an SE.

How does Apple Watch SE compare? 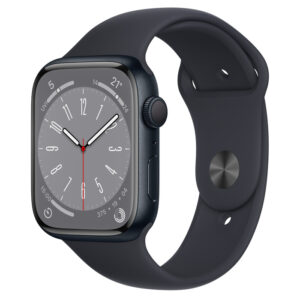 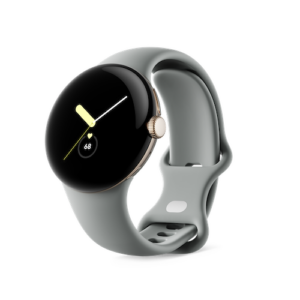 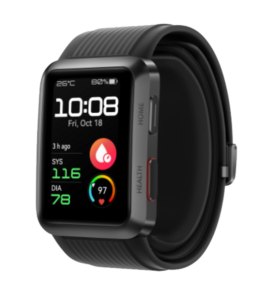 Here are the most frequently asked questions about Apple Watch SE

The latest Apple Watch SE was only released a few months ago, so it wouldn't be fair to say that it's outdated. However, the differences in design and health-tracking between it and the Apple Watch Series 8 and Apple Watch Ultra do leave it somewhat outgunned.

Like other smartwatches, the Apple Watch is a gadget that you wear on your wrist. Passively, it collects health-tracking data using several sensors. In addition, it also supports a number of apps that offer functionality like notification management, music control, and more.

The Apple Watch SE does not have a built-in camera. However, it can be used to remotely control the camera on a connected iPhone.