The $1,299 Apple Watch Ultra is an overpowered outdoor companion 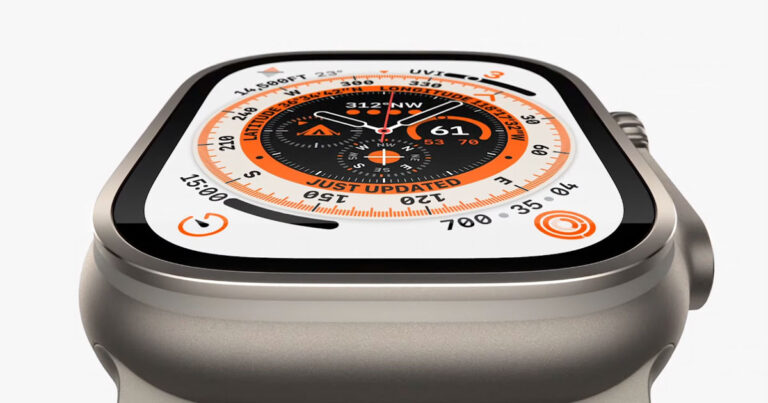 Revealed at this morning's iPhone 14 keynote, the Apple Watch Ultra is a premium addition to the company's smartwatch lineup that starts at $1,299 and releases on the 23rd of September, 2022.

The Apple Watch Ultra looks to be the biggest upgrade the market-leading smartwatch has seen in years, promising unique features designed to meet the challenges of extreme sports, rugged outdoor adventures and other endurance activities.

While the increased durability is clearly designed to catch the attention of a very specific market segment, the Apple Watch Ultra's improved battery life has a more mainstream appeal. Whether you're the outdoorsy type or not, the promise of better battery life is hard to turn down.

Apple also revealed the fancy new Wayfinder watch face (pictured above,) which features a compass built into the dial and a low-light mode that can be toggled on and off with the digital crown.

The Apple Watch Ultra will, of course, release with the latest version of watchOS9, which itself includes a whole new suite of running and performance tracking options. Thanks to the larger display, the Watch Ultra is also capable of displaying six workout metrics at once, offering more information at a glance than its Series 8 siblings.

Lastly, the Apple Watch UItra also introduces L1 and L5 GPS frequencies, as well as new positioning algorithms. Combined, these features allow for Backtrack, a feature that maps a trail of where the user has been, allowing them to retrace their steps. This sounds like it has the makings of an incredibly useful feature for people on long or unfamiliar hikes. 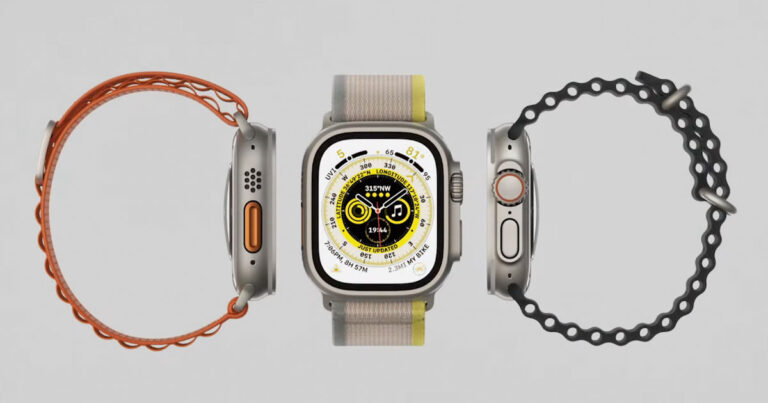 With the all-new Apple Watch Ultra comes a trio of bands that have been specifically designed to appeal to the ultra-active audiences that Apple are looking to court with the wearable.

The Alpine Track band features a "high-strength" loop and titanium G-hook fastener, whereas the Ocean Band is made from a "flexible fluoroelastomer" which is specifically designed to stretch over a wetsuit. The third, Trail Loop, is a little more run-of-the-mill, with a simple lightweight woven textile band.

How much does the Apple Watch Ultra cost in Australia?

The Apple Watch Ultra costs $1,299 in Australia and releases on the 23rd of September 2022. Preorders will be available today, Thursday the 8th of September, ahead of release later this month.

Unlike other Apple Watch models, the Apple Watch Ultra is only available in a single variant with both GPS and cellular connectivity as opposed to there being a cheaper GPS-only option alongside a more expensive model.