Mobvoi Ticwatch GTH Pro review: An Apple alternative with a worse screen and a better price

A wearable you can get away with. 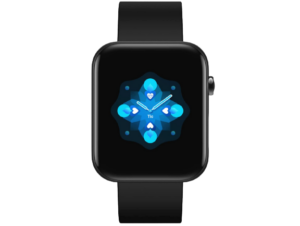 If your smartwatch needs are more modest, then Mobvoi’s TicWatch GTH feels like a wearable you can get away with.

If you like the look, feel and squared-off screen of the Apple Watch and live outside the walled gardens of iOS, your options have always been frustratingly limited.

When it comes to Android-friendly wearables, the premium end of the market has been dominated by glitzy gear like the Samsung Galaxy Watch while the mid-tier has typically been the stomping ground for more health-centric brands like Garmin and Fitbit. Across both of these segments, a circular screen is the rule rather than exception.

In contrast, the Ticwatch GTH Pro is pitching itself as the natural choice of those who want the broader benefits of a smartwatch, but don’t necessarily want to pay extra for premium materials and design. Essentially, it’s an alternative for people who don't really want to buy an Apple Watch, but still kinda want an Apple Watch. 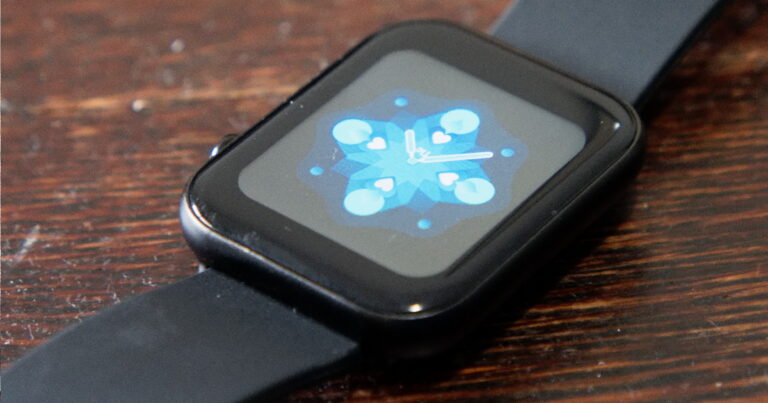 How much does the Mobvoi Ticwatch GTH Pro cost in Australia?

An Apple Watch for those on an allowance

The Moboi Ticwatch GTH Pro costs $139.99 in Australia if you buy it directly via the Mobvoi website. Picking up the wearable through a reseller like Amazon may cost you slightly more or less, depending on the supplier and whether or not there’s a sale happening.

The table below shows how local pricing for the Moboi Ticwatch GTH Pro varies.

Copying from the best 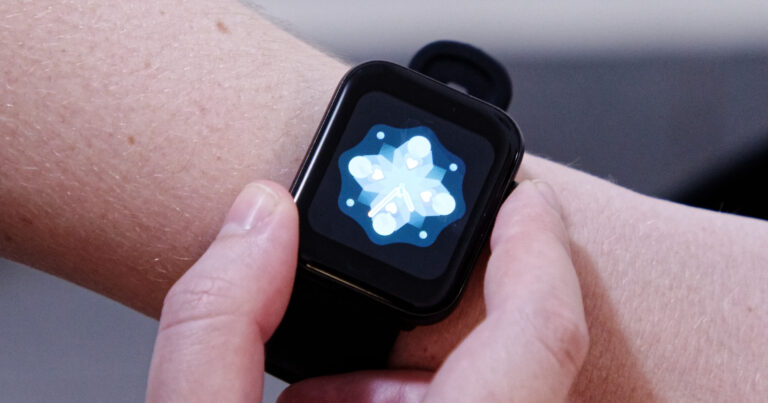 Where wearables like the Fitbit Versa or Samsung Galaxy Watch opt to try and deliver a smarter or technology-led twist on traditional timepieces, the Ticwatch GTH Pro has more humble ambitions. Rather than shy away from comparisons with its biggest and most obvious inspiration, the Ticwatch GTH embraces an unapologetic shamelessness when it comes to its imitation of the Apple Watch.

To the naked eye, most of the similarities are obvious. Just like the Apple's flagship wearable, the Ticwatch GTH Pro is built around a squared-off 1.55-inch display. As with Apple’s wearable, it’s also water resistance to 5ATM - which means you can safety take it out for a swim, just not to the beach.

When it comes to the differences, a closer look yields ample results. If you’ve spent any time with any of the various Apple Watches out there, you’ll pretty quickly pick up on the chunky and uneven bezels here, plus the difference in material quality and design here.

I wouldn’t say that the Ticwatch GTH Pro feels as cheap as something like the Amazfit GTS, but it definitely comes across as cheaper in feel-factor than Apple’s flagship wearable. The difference between the dimmer LCD screen here and the OLED one on the Apple Watch is also particularly pronounced.

Still, if you’re spending this much on a smartwatch, those design-centric drawbacks aren’t necessarily going to be dealbreakers.

The Ticwatch GTH Pro gets most of the way there when it comes to looking like an Apple Watch, even if it fumbles things when it comes to feeling like one. And to be fair,  dispensability has its upsides.

Where I sometimes worried about taking nicer wearables to rock climbing due to the coarseness of the surfaces involved, the fact that the Ticwatch GTH Pro doesn’t have that premium price-tag or luxury tech feel meant that I wasn’t that worried about unexpected and everyday wear-and-tear that sometimes came with wearing it.

Mobvoi’s mimicry even extends to the details like the Apple Watch’s digital crown, with Ticwatch GTH Pro boasting a dial of its own mounted on the right-most edge. This interface is a lightly more nub-like that its design, but it comes complemented by a secondary fingerprint sensor that’s used for more precise arterial health tracking.

As for the rest of the health-tracking hardware involved, the Ticwatch GTH Pro boasts 24-hour heart tracking, SpO2 sleep tracking, an accelerator, a skin temperature sensor and fourteen dedicated workout modes. This includes the following:

Are two-heart rate sensors really better than one? 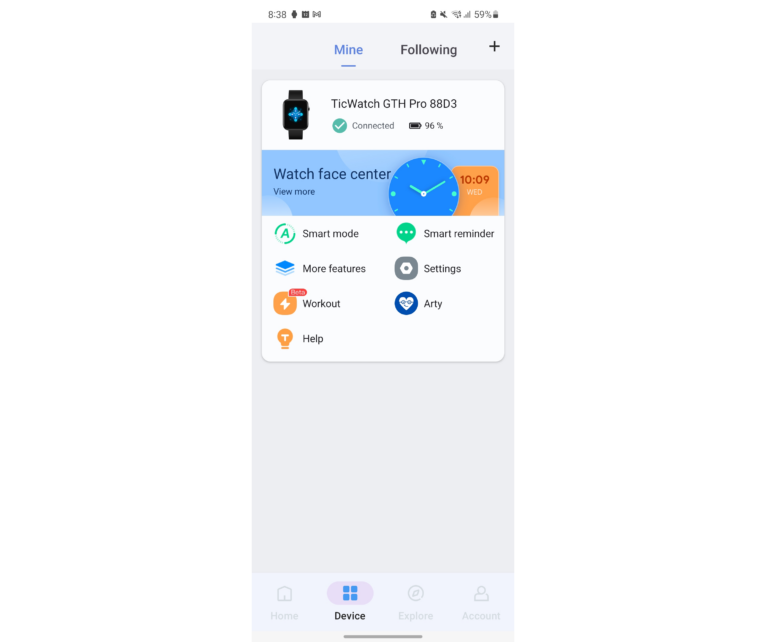 Even if the number of dedicated workout modes feels small compared to some of the other fitness-focused wearables out there, the TicWatch GTH Pro is the first Apple Watch alternative I’ve tried where the humble hardware feels elevated by the software side of the equation rather than hobbled by it.

Not only does the companion app for the Ticwatch GTH Pro provide you with plenty of health and fitness insights, but it does so without pushing you towards any sort of premium subscription service. There are no caveats, special exceptions or hidden terms and conditions aside from having to attach your data to a Mobvoi account. Once you’ve done that, the Mobvoi app gives you solid at-a-glance insights based on the heart rate, activity and sleep tracking data that the Ticwatch GTH Pro ambiently attracts.

What’s more, most of this data is only ever a swipe away on the smartwatch’s interface if you don’t feel like opening the app on your phone. While it doesn’t support third party applications of digital payments via NFC, the Ticwatch GTH Pro does support remote music control and notification previews for a connected Android smartphone, plus the setting of timers, a stopwatch and dedicated weather app. It’s not a huge library of functionality, but all the basics you'd expect are here.

The Mobvoi app also provides you with a ton of alternative watch faces. None of these is particularly standout, but the range itself is diverse enough that most people will probably be able to find something they like and customize it accordingly.

While I enjoyed my time with the Ticwatch GTH Pro for the most part, there were a few software-related issues that occasionally made themselves known.

For instance, I could never quite get the weather widget on the smartwatch to display anything and the temperature sensor that prompts you to start recording your workout would often trigger at times when I wasn’t doing anything particularly strenuous and fail to trigger in situations where I might actually want it to.

How good is the battery life on the Ticwatch GTH Pro?

Better than the norm, less than you might expect

According to the manufacturer, a fully-charged Ticwatch GTH Pro should be good for around ten days at a time.

In practice, I often ended up getting around 7 or 8 days on a single charge. That's still plenty of battery life, and enough that I rarely found that shortfall to be an issue. However, it still represented something of a broken promise by the manufacturer so it's worth noting.

The other caveat here is that recharging the Ticwatch GTH Pro via the proprietary magnetic USB charger is frustratingly finicky. It usually took me a few tries to get it right, since the magnets that hold the connectors in place are very easy to pull apart or otherwise become misaligned.

Is the Mobvoi Ticwatch GTH Pro worth buying?

An affordable alternative that cuts corners 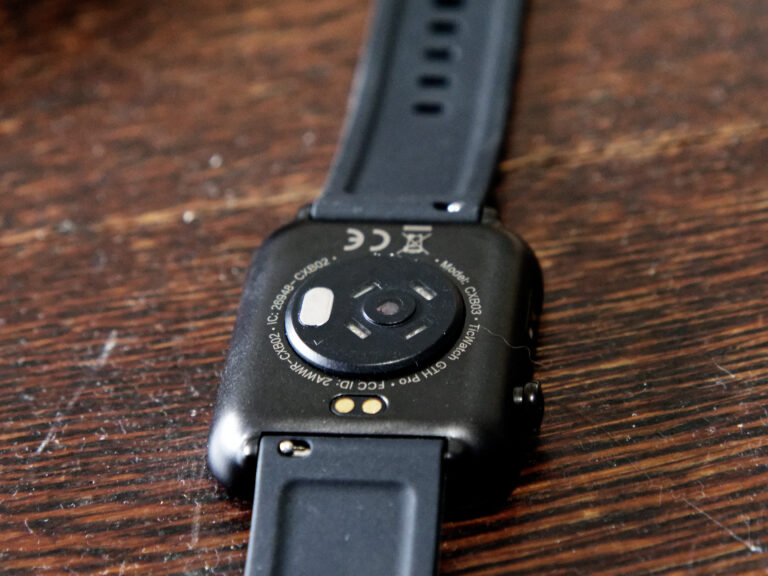 Whether or not the Mobvoi Ticwatch will work for you largely depends on why you’re looking at it in the first place. If you’re looking for a rival or an alternative to the Apple Watch, the hardware here is a little on the humble side. If your needs are more modest though, there’s a lot to latch onto here.

If you’re looking for an affordable wearable that apes the aesthetics and functionality of the Apple Watch at a discount, the Ticwatch GTH Pro will you get most of the way there. It’s not as good as the real thing, but if you're looking at buying this particular piece of tech, I suspect that maybe that isn't what you're after anyway.

The Ticwatch GTH Pro looks to carve out a new niche for itself. It isn't trying to have it all. Instead, Mobvoi are trying to focus on the things that their target audience actually care about at the expense of everything else. If that's a trade-off you're willing to make, you'll probably be plenty happy with what the Ticwatch GTH Pro has to offer.

How does the Mobvoi Ticwatch GTH Pro compare?

While the differences in hardware and software between the Ticwatch GTH Pro and more premium wearables like the Samsung Galaxy Watch and the most recent Apple Watch aren't really something that a simple spec-sheet comparison can convey.

Neverthless, the table below lays out some of the key differences between Mobvoi's latest budget friendly smartwatch and the competition.