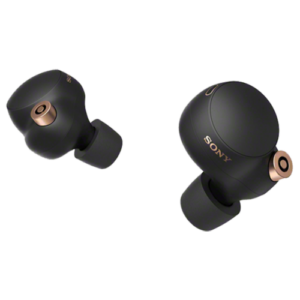 The Sony WF-1000 XM4s offer best-in-class sound, a comfy (if occasionally weird) fit, a discrete form factor (and case), and still manage to take out the noise-cancelling throne for wireless earbuds. Even against competition that's stronger than ever. 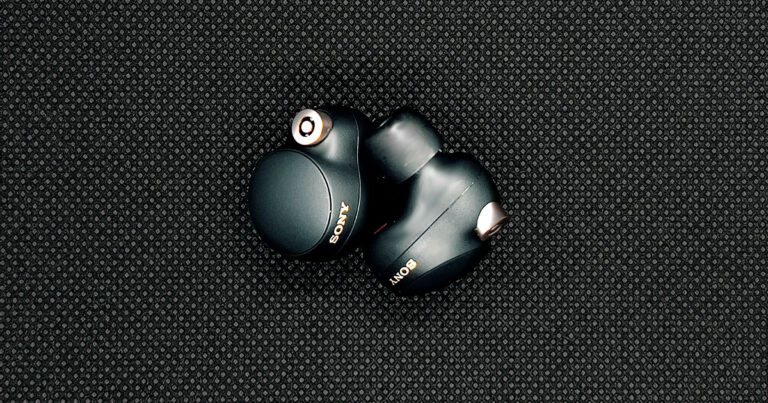 Woe is me and all but working from home has made reviewing noise-cancelling earbuds a little tricky. It’s a shame because I’d been looking forward to pitting the din of public transport up against Sony’s powerful WF-1000 XM4 wireless earbuds all year.

I haven’t had too many chances to test the ANC (Active Noise Cancelling) against the pervasive hum of public transport but for better or worse, I have witnessed the raw potential of Sony's XM4 earbuds.

See, this week I booked a tiler to inspect a leaky shower situated next to my spare room/home office. The tiler promised to show up anywhere between 1 pm and 5 pm, as they do and I told them to let themselves in when they arrived. At roughly 1:15 pm, I left a Zoom meeting and began enthusiastically singing along to a random funk playlist on Spotify. When the song ended, I heard the whir of electric power tools beyond the impenetrable wall of Sony’s ANC. The tiler had arrived on time and was punished for their punctuality with one of the saddest, loneliest, renditions of "Super Freak" you could imagine.

It was then that I realised Sony had gone and done it again, beating its personal best with a smarter and slimmer pair of premium noise-cancelling buds.

How much do the Sony XM4 earbuds cost in Australia?

$349 RRP with even better deals available.

Since the Sony WF-1000 XM4 earbuds were first released, they've seen a significant $100 price drop from $449 to $349. And that's just the recommended retail price, you can find them even cheaper through the usual retailers, such as Amazon and The Good Guys.

The GOAT of ANC 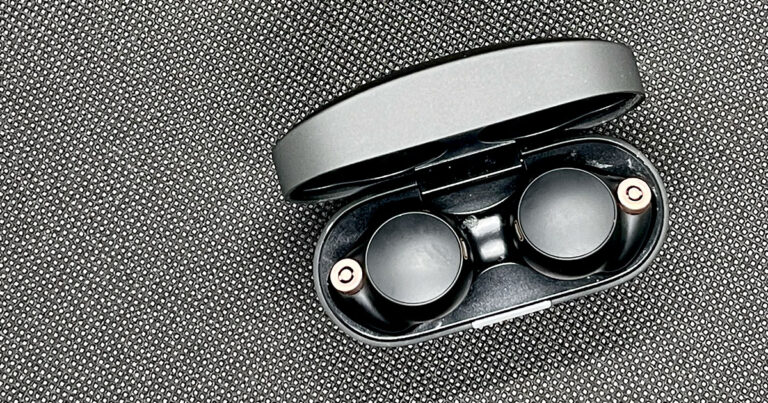 Sony has once again found itself perched atop the ANC throne with the WF-1000 XM4 earbuds.

When compared side-by-side with the previous generation (but still excellent) WF-1000 XM3, the ANC upgrade of the WF-1000 XM4s is crystal clear. It’s better at blocking out low rumbling sounds (like bus engines) and just a little better at reducing ambient everyday sounds. The loud clatter from my mechanical keyboard is reduced to the faintest tippy-tappy when I’m using the WF-1000 XM4 earbuds, even at 50 to 70% volume.

Even a year on from release, I'm yet to experience noise-cancelling quite like this in a pair of wireless earbuds. If noise-cancelling is your key consideration, the WF-1000 XM4s are the buds to beat.

How comfortable are the Sony XM4 earbuds?

You’ll either love or hate the XM4s' spongey tips. Instead of the silicone tips typically found on wireless earbuds, Sony has crafted a tip made from foam.

These have quite a bit of elasticity to them and are designed to be pinched before inserting. When done right, the tip will expand and fill out your ear canal. creating a seal that acts as the first defence against ambient noise. But it can take a few attempts to get the fit right you will know when it doesn't feel right.

The XM4 buds can become uncomfortable fast and are more prone to slipping out of your ears if they haven’t been inserted properly.

You get used to it but I still wouldn’t call the WF-1000 XM4s a comfortable fit. Long listening sessions can begin to feel a bit claustrophobic and I’ve found myself switching out to my over-ear Sony headphones more often than I would need to with other wireless buds.

Sony claims that the new foam tips help to achieve the XM4’s superior noise cancelling but I don’t think that’s true. I replaced Sony’s foam tips with the standard silicon tips of the Sennheiser CX-400BT and the noise-cancelling was just as good, if not better (not to mention more comfortable).

The foam buds are just the tip of the iceberg when it comes to design changes. One unquestionable improvement the WF-1000 XM4s have over the XM3s is their trimmed-down form factor.

The sheer bulk of the XM3 buds and charging case were the only things holding them back when they were first released. Sony has taken note and reduced the size of both the buds and the case, quite dramatically. The Sony XM4 buds are smaller and lighter than the XM3s, and the charging case is a whopping 47% lighter, weighing it at 41g (compared to the XM3’s chunky 77g case).

The case’s edges have also been smoothed off and the black matte finish offers just enough grip but most importantly, you can carry them in your pocket without an unsightly bulge. I’m also a sucker for the little things, like the satisfying magnetic snap when you return the buds to the case and close the lid.

The smaller buds are now closer in size to something like the Jabra Elite 3 rather than the elongated paddle of the XM3 buds. The WF-1000 XM4s are just a little more discrete, sitting slightly closer to your noggin than the previous generation. This, combined with the lighter weight, gives them a more secure fit when out on runs.

Sony's XM3s were heavy, prone to falling out, and didn’t offer an iota of water protection. The XM4 earbuds offer a more secure fit but also IPX4 splash and sweat resistance, meaning you can confidently wear them on your morning run without the fear of voiding your warranty with some water damage.

For simple functions (pause, play, etc.,), the XM4 touch controls are intuitive and responsive. There’s no volume control, which is a bit of a letdown considering the array of alternative options available, but there is Quick Attention mode in its place. When you touch and hold the left earbud, the music dims and the external mic kicks in, granting you quick access to the outside world without pausing whatever you’re listening to. Unlike most Ambient Noise modes, Quick Attention Mode isn’t meant for holding a conversation with your earbuds in, but rather a quick return to reality when you think you hear someone calling your name, or a knock at the door. I ended up using it far more than I’d anticipated.

How do the Sony XM4 earbuds perform? 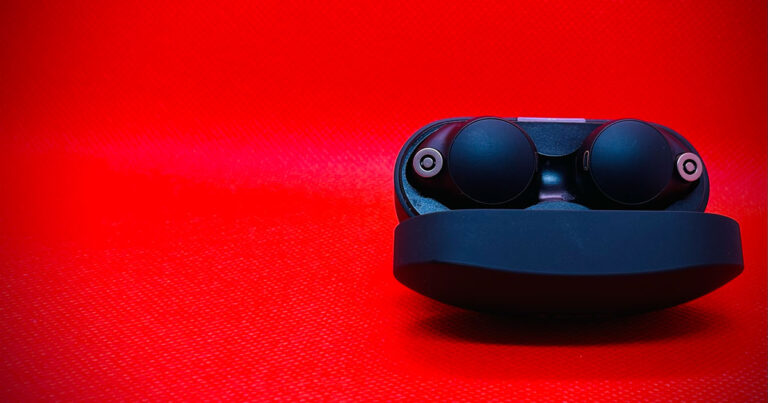 Like its over-ear Sony siblings, the overall audio performance is boosted by the superior noise-cancelling but unlike some ANC buds, it doesn’t use it as a crutch. Sony is clearly just as invested in perfecting in-ear audio as it is improving fandangle tech like ANC or the speak-to-chat function (which admittedly still needs some work).

Sony's warm, bass-forward audio profile is present here in the XM4 earbuds. The bass profile can't be compared to Sony's over-ear XM5s but it's still safe to say you'll feel right at home with the XM4 earbuds if you're already a fan of the over-ear range.

The standout track from the Reviews.org Audio Testing Playlist was "3005" by Childish Gambino. The moment the sub-bass kicks in during the first verse, it feels like you're sitting front row, the bass absolutely erupts without losing any clarity.

The Weeknd's "Blinding Lights" is similarly effective and battering your senses, transporting you to another place. The thick, burbling bass that reverberates throughout the track is deep and satisfying and when flashy synths enter, there's a directionality that will send a shiver down your spine.

Despite the bass-forward profile, it almost never overpowers or muddies any of the finer details. It's not as balanced as the Apple AirPods Pro but the warmer bass will speak to a certain crowd. Different strokes for different folks.

With a recent discount, the best true wireless earbuds available are even better value. 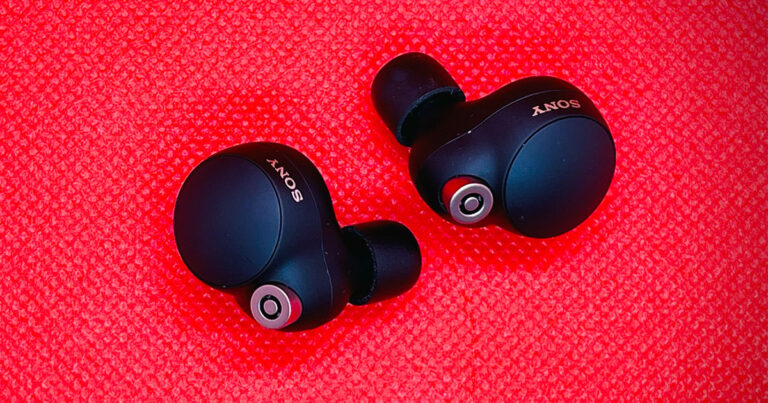 Nearly one year after their initial release, the Sony WF-1000 XM4 Wireless Earbuds remain the best choice for those looking to cut the wire on their daily buds. Particularly if you're after the best in-ear noise-cancelling money can buy. The XM4s are closely followed by the iconic Apple AirPods Pro but a new, cheaper retail price ($349.95), makes the case for Sony's show-stopping noise-cancelling buds even stronger.

See how Sony's buds stack up against the likes of Jabra, Sennheiser, Beats and Apple AirPods Pro in the table below.

How we review headphones and earbuds

When reviewing headphones and earbuds, we assess three key elements:

Outside of those core three questions, we also like to challenge any unique selling points that brands boast about in their marketing materials. If a manufacturer says it's selling the longest-lasting wireless earbuds on the market, we'll be putting that to the test. Ultimately, value for money is the lens we evaluate earbuds through. It's rarely a question of whether a pair of earbuds are good, it's whether they're good enough for the price consumers are expected to pay.

Here are the most frequently asked questions about Sony's in-ear headphones.
How do I turn off speak-to-chat on the XM4s?

Disabling Speak-to-Chat is as simple as clicking the toggle underneath the Ambient Sound Control section in the 'Sound' tab on the main Headphones page.

How do I connect the XM4s to PC and Mac?

Connecting your Sony XM4 earbuds to any PC or Mac is as simple as any other Bluetooth device. Wearing the XM4 earbuds, hold your fingers on both the left and right earbuds for about five seconds until you here a beep and the voice assistant say "Bluetooth pairing".

Now head to your Bluetooth settings or preferences on your PC or Mac. In the list of available Bluetooth device, you will see 'WF-1000XM4,' click that device to connect.

Through your earbuds, you should hear confirmation via the voice assistant which will say "Connected."

What does DSEE Extreme do with the Sony XM4s?

DSEE Extreme is an audio technology that is used to upscale compressed tracks using AI technology. It's kind of like 4K-upscaling for music. DSEE works by increasing the sampling frequency and bitrate of the compressed file. This is especially useful for improving the fidelity of high-compression audio formats like MP3. Like any AI solution, DSEE Extreme isn't perfect and some people will prefer to hear the the raw MP3 file without any further processing. That's why Sony allows users to turn DSEE Extreme off in the Sony Headphones Connect app for iOS and Android.