Cute as a button. 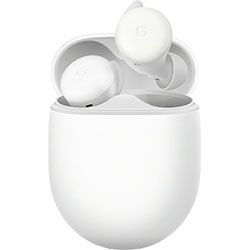 Quick verdict: Excellent entry level earbuds
Google’s Pixel A series wireless earbuds don’t try to be something they’re not. They don’t need fanfare and fireworks, they’re not promising to be a swiss army knife for your ears, or wow you with a whirlwind of features that you (probably) don’t really need. They are good quality wireless earbuds, available at an affordable price, and look hella cute doing it. Practical, or chic? Now you can be both.

Cute as a button

No volume control on buds 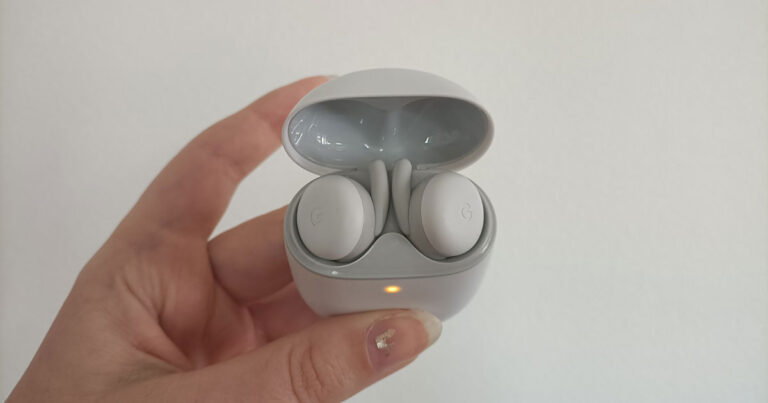 These bad boys are set at a very respectable $159. Given that many earbuds on the market have prices that are skywards of $200, nabbing a good quality pair for less than $160 is hard to argue against.

In a similar vein are the Huawei FreeBuds 4i, also sliding in at $159. The Huawei buds have Active Noise Cancellation though, which the Pixel Buds A do not. They do have passive noise reduction though, and a feature called Adaptive Sound, which reacts to the noises around you...
Honestly though, you’re probably better off just manually turning down the volume when you need to. The Adaptive Sound means you lose control of the volume, which is a bit annoying more than anything else. You'll get a surge of volume whenever a car goes past, which is just unnecessary, really.

If your dream is to quieten the world around you as you zone out to your music, noise cancelling might be on your non-negotiable list. If you’d prefer to hear that truck coming around the corner as you step onto the road… well, this reviewer quietly thinks Passive Noise Reduction suffices. 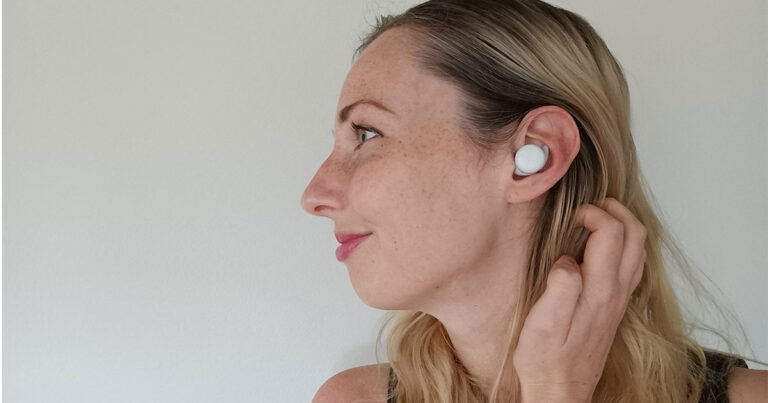 Are you an audiophile who wishes to hear the intricate details of the symphony cascading in your ears? Do you demand the bass pummels your very soul as you blast your favourite tunes? The Google Pixel Buds A are not for you.

Do you want to enjoy crisp, clear audio while you work (or work out)? Now we’re talking.

Pop songs sound a little hollow and unbalanced, it’s true, but this can be rectified by turning on the Bass Boost to balance out top-heavy sounding tunes.

Switching on the Bass Boost to Halsey’s The Tradition added depth to the song and helped balance out the high piano notes. Likewise, Olivia Rodrigo’s Brutal was sounding top-heavy until the Bass Boost was enabled to add a rich bass sound. And Only Love Can Save Me Now by The Pretty Reckless needed the added boost to really amplify the song’s depth. Long story short, boosting the bass is strongly recommended to enjoy songs at their best and to balance them out. Songs that are already very bass heavy, like Queen’s Another One Bites The Dust didn’t have as noticeable a change when the boost was enabled.

Disclaimer - I’m yet to try these out on a windy day. The A-series do not have wind reduction capabilities, so chatting to your mum during a gale could be a struggle. 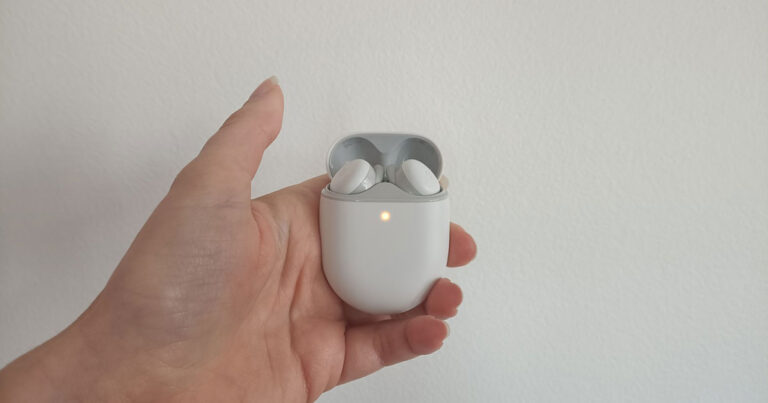 As someone who’s never been a fan of the AirPod design, the sleek, button-like look of the Google Pixel Buds A series is a refreshing change. They look like a Mentos, nestled in your ear without too much protrusion. The little arm helps them sit comfortably so the actual headphone isn’t sitting too deep in your ear (ie feeling like someone’s putting a Q-tip in your ear, yuk).

And the case! The sweet, egg-like case that houses your headphones like a little nest. The case gives me strong Tamagotchi vibes - and while I love the soft white colour, once we’re back out in the real world, it’ll only be a matter of time before some combination of coffee, foundation and a pen I’ve forgotten to put the lid back onto ends up dulling the colour. It’s small and compact and sits comfortably in your pocket or bag.

But no doubt, the Pixel Buds A are an attractive set of headphones. More wireless headphones that look like lollies and 90s paraphernalia, please.

Google says these Pixel Buds A are sweat and water resistant (IPX4), and while they definitely stayed put in my ears during a workout (unlike some other wireless headphones I’ve tried when I work up a sweat) I definitely noticed they began to feel a little bit slippery after a few laps around the park. The case however is not waterproof, so keep it separated from your water bottle. Regular Pixel Buds for instance do have a water-resistant case, so if you’re prone to spilling, keep that in mind.

PSA: don’t try to take your jumper off while wearing them (I tested this for you, you’re welcome) - akin to trying to take off your pants without removing your shoes, it’s not going to work. I was bamboozled by their petite size, convinced my jumper would effortlessly slide over my ears without fuss. Instead I did the frantic catch-before-they-fall dance as my precious earbuds slipped out of my ears. So watch out if you’re jogging (or undressing) as despite their small size, they still do catch on things.

They also don’t have physical buttons, but touch sensors (as do many earbuds these days) and while some declare their preference for actual buttons, the Pixel Bud A were pretty spot-on with identifying my taps. Only occasionally did they mistake my double-tap (skip song) for a single tap (turn off music). There’s no way to adjust the volume though - you need to do this through your phone. 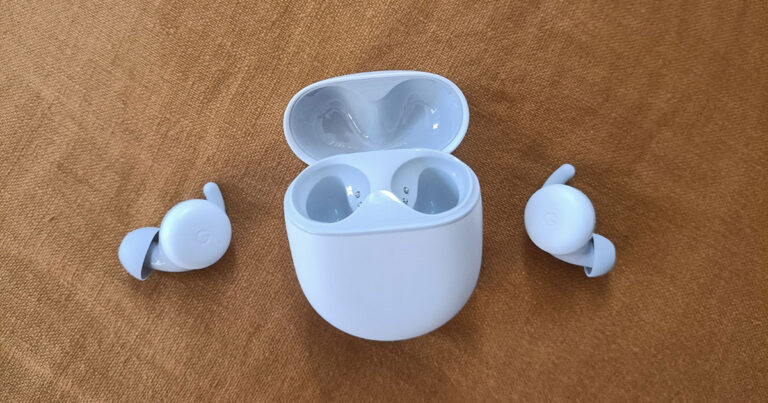 Google claims you can enjoy five hours of listening to music, and that checked out for me. After one hour they dropped to 76% (the app will tell you how much juice each bud has left) and after two hours, down to 63%. The charging case gives an additional 24 hours of charge.

One thing I do forget with earbuds is to put them back into their case when not in use. I left these buds overnight on my desk with 50% battery life, and by morning they were well and truly depleted.

There’s also no wireless charging like there is with the regular Google Pixel Buds but plugging in the case via its USB-C port for 15 minutes will give you three hours of juice.

Google Pixel Buds A series - are they worth it?

For $159, the Google Pixel Buds A-series do what they say on the box. They’re not going to give you the power of larger, wired headphones. They don’t have active noise cancellation, or wireless charging. There’s no wind resistance or volume control, and they’re better suited to Android users. If these things are important to you, then yeah, maybe the Google Pixel A-series aren’t worth it for you. There are similarly-priced earbuds that will get you some (or all) of these features, for instance the Huawei FreeBuds 4i will give you Active Noise Cancellation, or nab the BlueAnt Pump Air 2 earbuds for less than $100.

But if you just want wireless earbuds that feel comfortable, play music and sound good? Then yeah, for just shy of $160, they’re worth it.