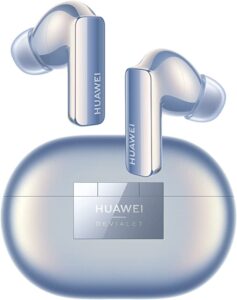 The Huawei FreeBuds Pro 2 are priced to compete with the biggest consumer tech players, but without an ecosystem to play into they've got to fight harder.

Where other manufacturers can rest on their laurels and their brand name, Huawei had to truly earn the "Pro" title for these buds. A title that they live up to.

Huawei is charging Apple prices for the Huawei Freebuds Pro 2, but there are far less Huawei diehards in Australia than there are iFans. Pitting itself against the biggest players in consumer tech with a $350 price tag, Huawei was either dense, or incredibly confident in the Freebuds Pro 2.

While Apple (and Samsung) stans have proven they will pay the premium for a seamless user experience within the ecosystem, it is hard to expect the remaining Australian Huawei users will be that loyal. All which means Huawei needs to attract new customers. Customers that can have the full experience regardless of which device they’re pairing these Freebuds with.

This leaves little room for error for Huawei to justify the cost of these buds. They can’t just be as good as the competitors, they have to be better. Better sound quality, better battery, more comfortable, just more. And it looks like Huawei’s confidence may just have paid off. 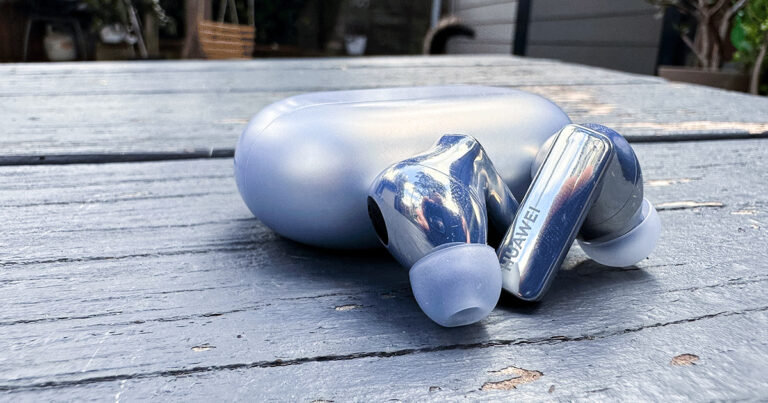 How much do Huawei Freebuds Pro 2 cost in Australia?

The Huawei Freebuds Pro 2 retail for $349 in Australia, but you can pick them up for a couple of dollars cheaper from a range of online retailers.

For your ears only

If you’re looking for the best earbuds, your first consideration should always be sound quality. How a set of buds is balanced can mean the difference between enjoying your favourite tunes, or your listening experience feeling askew. Out of the box, the Freebuds Pro 2 have stellar audio quality and a satisfying balance even if the microphone is a little worse for wear.

When testing headphones and earbuds we use a standardised playlist to test for clarity, sound balance, and to ascertain how a set of buds stacks up against competitors. Running through this playlist on the Freebuds Pro 2, they fare nicely against every aspect. The treble is well-balanced across the spectrum, with crisp clarity even with multiple instruments operating within those same higher tones. The same can be said for the midtones. Even when there is a lot going on in a piece, the vocals never sound distant or overpowered.

Down at the other end of the spectrum, the bass also holds its own. On songs like Carly Rae Jepsen’s “I Didn’t Just Come Here To Dance” which has three levels of bass, you can make out each layer. Same can be said about Childish Gambino’s “3005”, where the sub-bass has a deep resonance to it. However, these buds certainly aren’t as bass-heavy as others, and as a personal preference, I would have liked a touch more depth.

In saying that, the Huawei Freebuds Pro 2 come with fully customisable EQ through the Huawei AI Life app. Within the app there are a few preset sound balance options; Bass boost, Treble boost, and Voices. Each of these will bring the respective tones a little bit closer to the front of the soundscape, but it is most noticeable on the Voices effect. From here you can add custom sound effects tailored to suit your listening preferences. I was able to amp up (or down) that bass with a couple of slides.

The microphone is clear enough, but voices can have a staticky sound. I expected better clarity overall, so it is a bit disappointing.

Out of the box, Huawei’s Freebuds Pro 2 have some of the best audio-quality we’ve seen, outscoring the original AirPods Pro in our testing. Adding in the customisable EQ - which is available across any device - means that users have the power to create a bespoke sound experience. Where many earbuds (the Freebuds Pro 2 included) have adaptive EQ which tailors the sound based on your ear canal, there isn’t a huge amount that lets users pick their own adventure. In this case, the Freebuds Pro 2 gives users the best of both worlds: an impressive automatic sound balance, and the power to personalise the sound if that doesn’t suit.

How the battery fares on the Huawei Freebuds Pro 2 entirely depends on how you’re using them. According to Huawei, the buds will last about four hours with ANC on or six-and-a-half with it off, with the charging case giving you an additional 30 or 18 hours respectively. These numbers seem about right according to our testing.

Four hours of use is a little bit below average across the earbuds we’ve tested, but it does put the Huawei Freebuds Pro 2 on par with the original AirPods Pro that have a 4.5 hour battery life. The second-generation are able to six hours per charge, however.

The noise canceling itself has multiple levels, ranging from Awareness Mode through to Ultra Noise Canceling for extremely noisy situations. Toggling through these on the AI Life app, there is a palatable difference between each setting. Using Ultra Noise Canceling, even the loudest of traffic on the road as I walked was drowned out, while using Voice mode on Awareness I could make out conversations happening around me but other ambient noise stayed relatively muted.

Of all the ANC options, the Dynamic mode was the least impressive. Dynamic mode is the default setting that picks up on the noise in your current setting. The difference between this and Awareness mode was negligible, but once again the customisation within these buds stepped them up a notch.

There were also a few issues with the pairing reliability. After initially setting up the earbuds, I needed to reconnect them a couple of times to get them working with the Huawei AI Life app. For the most part, they have connected to my phone automatically, apart from a few instances where I needed to pair them again. The pairing process is a bit slower than other headphones, which makes switching between devices a bit tedious. Multi-point would have been an excellent solution, but we’ll need to wait and see if that comes to the Freebuds Pro 3 instead.

No one is reinventing the wheel when it comes to earbud design - the Freebuds Pro 2 have a sturdy stem and an elongated oval bud that nestles into the shape of your ear. They’re comfortable, but the gesture controls are counterintuitive making using them a chore.

Despite the controls not being user-friendly, the design is. The buds are light, compact, comfortable for long-term wear, and incredibly secure. Whenever I popped the Freebuds Pro 2 into my ears, it felt like they were going to fall out but they never did. Even through stress-testing starting from running, to headbanging, and ending with handstands, the Huawei Freebuds Pro 2 held firm.

After an hour or so of use the buds didn’t cause any irritation of discomfort in my ears. While for me the default tip size was perfect, there are a range of other tip sizes in the box for different shaped ears. You can even check if the tip fit is correct through a test on the app which gives recommendations for whether you’re using the right size. 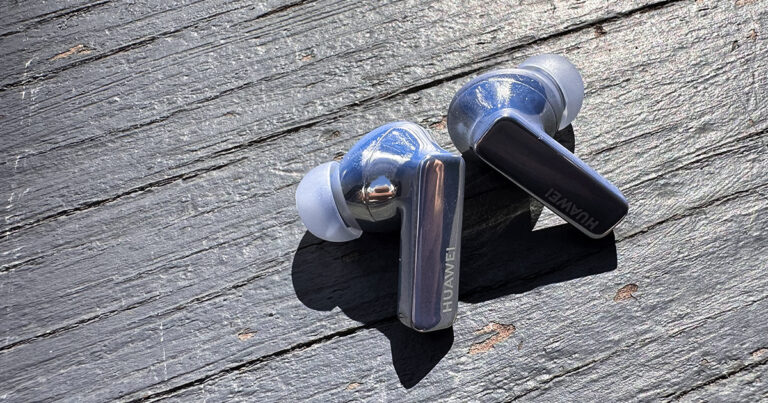 For on-ear controls, Huawei uses a pinch style gesture, rather than the tap that we see in most other earbuds. Instead of tapping on the bud to switch tracks or answer calls, you’ll need to pinch a spot on the stem of the bud. The pinch needs to be quite firm, and in the right spot to trigger the command, which generally took a few goes to get right. By the time I was able to get the earbud to do what I wanted it to, I might as well have just taken my phone out. This was especially problemsome when it comes to adjusting the volume, which you can do with a pinch and a slide either up or down. I love the concept, but because of how firmly you need to pinch the stem, I found myself pulling the earbud out when all I wanted was to turn down the volume.

On-ear controls are supposed to stop you from needing to take out your phone and in this instance, the Freebuds Pro 2 failed. The issue could be fixed by allowing you to adjust the sensitivity of the controls - a less firm pinch would make it easier to trigger the command. While you can change the commands in the AI Life app, you can’t change the way you trigger them. It will always be a pinch, or a double pinch. I’m all here for originality but why fix what isn’t broken? The tap gesture is commonplace because it is simple, it is easy, and it is effective.

Are the Huawei Freebuds Pro 2 worth buying?

If you’ve got $350 to spend on earbuds, the Huawei Freebuds Pro 2 are entirely worth considering. Sitting at a similar price to the first-generation Apple AirPods Pro, you’ll get better sound quality, fully customisable EQ, solid battery life, and functionality across a range of devices.

The controls will take some getting used to, and you’ll likely need to spend a bit of time on your phone setting these buds up to be personally suited to you. But, the Huawei Freebuds Pro 2 are an excellent set of earbuds that won’t ask you to make compromises for the device that you use.

How do the Huawei FreeBuds Pro 2 compare?