Samsung Galaxy Buds 2 Pro review: Not quite the default

A great choice, but not your only choice.

The Galaxy Buds 2 Pro don't quite reach the status of being the default for Samsung owners, but they're nonetheless a great pair of earbuds that won't disappoint.

We're spoiled for choice when it comes to high-end wireless earbuds these days. Samsung has got a formidable contender on its hands with the Galaxy Buds 2 Pro, but it's competing in a crowded market where even being great isn't always good enough. The Galaxy Buds 2 Pro are undeniably great earbuds, but there's still the question of whether they stand out enough for the competition to get your dollars. 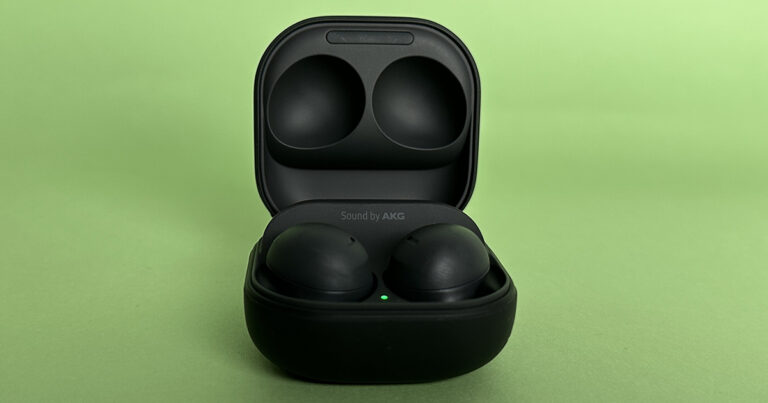 How much do Galaxy Buds 2 Pro cost in Australia? 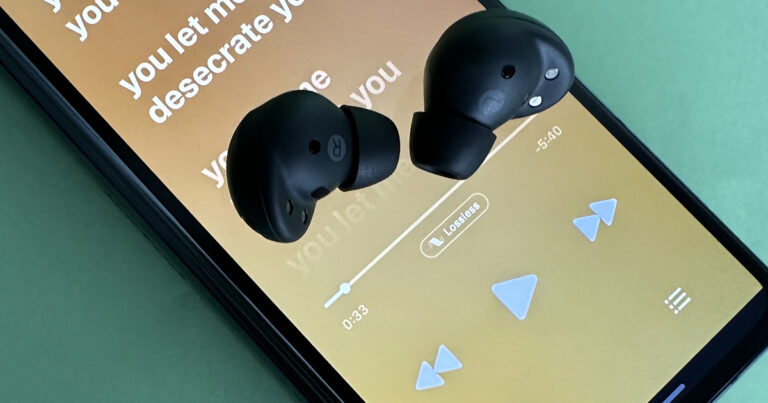 The Galaxy Buds 2 Pro genuinely sound great. They have surprisingly deep bass that doesn't come at the expense of clarity, and for the most part, a fairly balanced sound. When putting them through the paces with our audio testing playlist, I was surprised by just how big the sub-bass in Childish Gambino's "3005" felt.

The pair do however have an ever-so-slightly heightened high-end. While not sibilant, it made the treble-heavy "Humming" by Portishead a little too sharp. It was the same case with the brass in Radiohead's "The National Anthem".

Despite these quirks, the Galaxy Buds 2 Pro are some of the best-sounding earbuds we've tested, rivalling the Sony WF-1000XM4s.

Microphone quality isn't bad, but quite as clean as what you get from a pair of AirPods.

The Galaxy Buds 2 Pro also have pretty decent noise-cancellation but fall short of the best of the best - the 2nd generation AirPods Pro, the Sony WF-1000XM4s, and the Bose QuietComfort Earbuds II. If you're looking for earbuds that block out as much sound as possible, the Buds 2 Pro aren't it, but they're great if you just want to dampen the world around you.

Noise cancelling is paired with a transparency mode that lets you filter in the world around you. It works well enough, but doesn't quite sound as natural as what Apple's achieved in its earbuds and headphones.

If you own a Samsung phone or tablet, you also get a couple of exclusive features. Those with a Galaxy device running One UI 4 or higher can listen to music in 24-bit high resolution using the Buds 2 Pro. Streaming services including Apple Music and TIDAL offer this to their customers, but it's not exactly widely available.

In my test, I honestly couldn't hear much of a difference going back and forth between 24-bit versions of tracks and the standard quality option in Apple Music. I'm sure some can, but any improvement in sound is hard to perceive on the Buds 2 Pro. It's not like jumping between standard definition and high definition.

The Buds 2 Pro also support 360-degree spatial audio in apps that support Dolby Atmos. This can be neat in movies, but a bit gimmick when it comes to music. I have heard some damn good Atmos mixes, however - A-Ha's "Take On Me", for example.

Both of these are nice to have, just unlikely to be the features that define the Galaxy Buds 2. 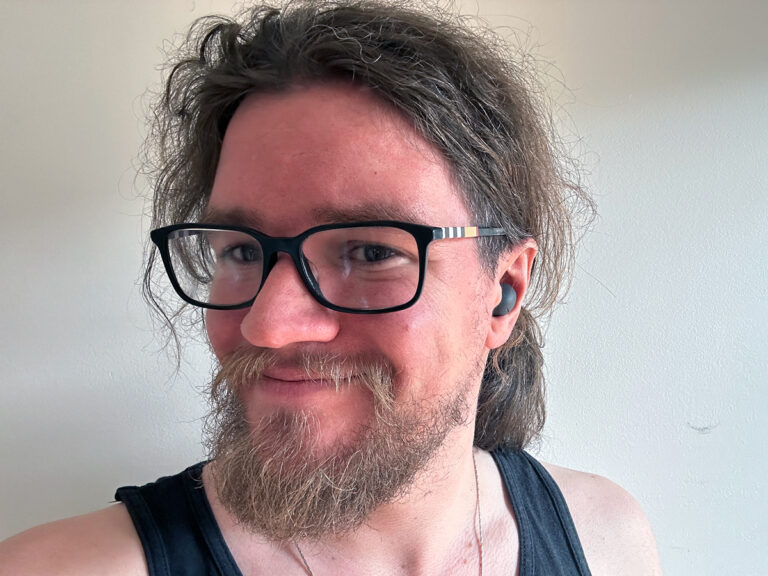 Even if you don't get quite as much battery life as some competitors, this has resulted in a teeny-tiny charging case. It's one of the smallest charging cases I've seen on a pair of wireless earbuds, which is great for saving pocket space.

From a design perspective, the Galaxy Buds Pro 2 are 15% smaller than their predecessors and weigh in at just 5.5g. It's hard to call them subtle - especially if you opt for the white or purple colourways - but they're very comfortable, even with extended usage. Samsung has also moved to a matte aesthetic, which is a welcome change. It makes them fairly fingerprint resistant.

The Galaxy Buds 2 Pro fall down when it comes to the on-bud controls. Every action is activated by a series of taps, which can sometimes press the earbud further into your ear - especially on a triple tap. They're also a little too easy to trigger if you're just trying to adjust an earbud. You can't customise the gestures used for touch controls, but you can disable them entirely - on Android, at the least. Unlike some previous Samsung earbuds, the Buds 2 Pro don't have an iOS companion app.

One key omission is multi-point. While you can easily swap the Buds 2 Pro between other Samsung devices, there's no true multi-point support here.

Are Galaxy Buds 2 Pro worth buying? 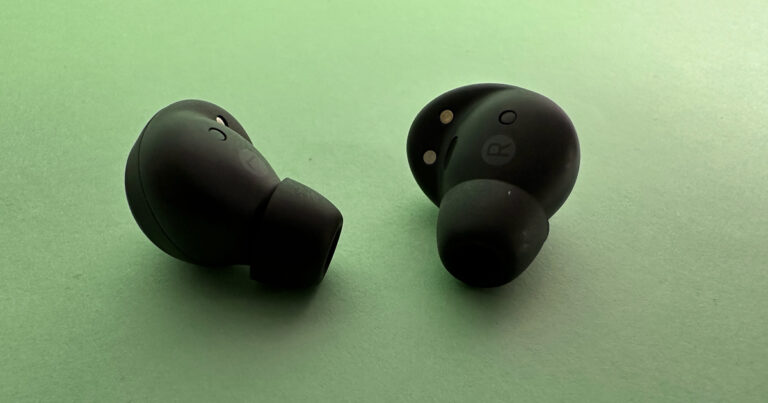 Samsung's Galaxy Buds 2 Pro tick a lot of boxes. They sound great, the noise cancelling is pretty good, they're comfortable, and they have a super compact case. They nail most of what you'd want in a pair of high-end earbuds.

Of course, there are plenty of those available these days. The Galaxy Buds 2 Pro aren't quite the default for Samsung owners, but they should definitely be in the mix.

They're a no-brainer if you have multiple Galaxy devices, whether they're phones, tablets, or watches. Similarly, the Buds 2 Pro are excellent if you can get them as a bonus or discounted when you're buying another Samsung product, as often tends to be the case. You're not going to feel like you're compromising by picking the Buds 2 Pro over any other pair of earbuds.

If you're less wedded to Samsung, you might want to think about the Sony WF-1000XM4s or the Bose QuietComfort Earbuds II if you want better noise-cancelling. The Buds 2 Pro do however edge the XM4s for comfort, and they look a lot sleeker than Bose's alternative (and the case is far less intrusive). The Pixel Buds Pro are also a solid option if you want true multi-point, a longer battery, and a slightly more affordable price tag.

But if you decide to pick the Galaxy Buds 2 Pro, you're not going to be disappointed.

How do Galaxy Buds 2 Pro compare?

How we review wireless earbuds

While audio products can be quite subjective for many reasons, we have standardised testing procedures across the team designed to help us look at the category in a consistent way. You can read more about how we review wireless earbuds here.