Sony continue to rule the roost when it comes to making noise cans that feel and look as good as they sound. 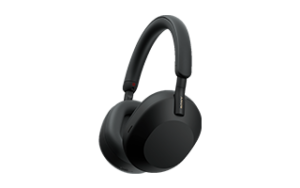 Sony's latest set of premium noise canceling headphones make a few smart sacrifices, but emerge better for it. The WH-1000XM5 recover ground lost to rivals and issue a fresh reminder of why Sony continue to rule the roost when it comes to making noise cans that feel and look as good as they sound.

Sony has spent a good few years coasting at the top of the noise-cancelling audio category, but rivals like Sennheiser and Apple have offered up some compelling competition in recent times. However, what goes around comes around and it hasn't taken long for Sony to strike back with the new Sony WH-1000XM5.

Where previous revisions of the product have tended to focus on internal improvements, Sony's replacement for the previous WH-1000XM4s represents the most visible design revision in years. But is it a worthy successor to the throne, or an attempt to reinvent the wheel that backfires? 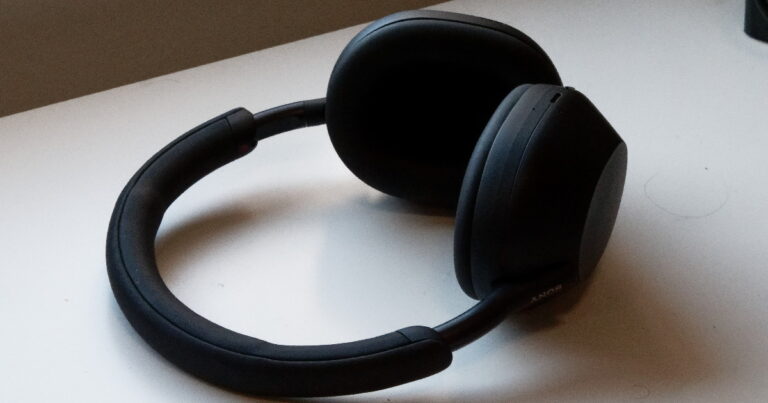 How much do the Sony WH-1000XM5 cost in Australia?

In Australia, the Sony  WH-1000XM5 headphones have a recommended retail price of $649.99. That's not quite as expensive as Apple's AirPods Max, but it's not far off and it's still a $100 increase over the previous Sony WH1000XM4s.

With a price that puts Sony's latest set of noise cans above the closest alternatives you can find from audio brands like Bose and Sennheiser, the Sony WH1000XM5s are far from cheap. However, that's not to say you can't save some cash by choosing the right retailer. Check out the table below for a breakdown of how Australia's various retailers compare when it comes to Sony WH1000XM5 pricing. 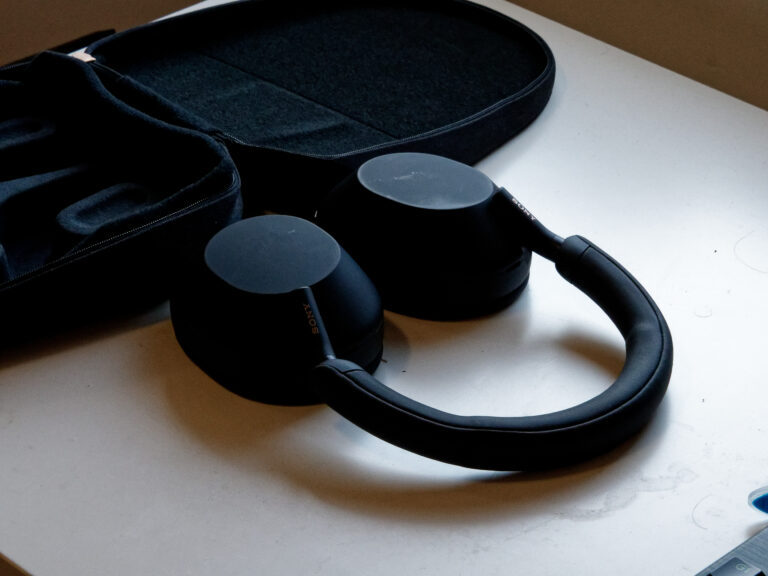 Let's get the boring box-ticking ]out of the way first.

Like the last few models, the new Sony WH-1000XM5 feature touch controls, Google Assistant and Alexa integration and an Adaptive Sound Control feature that adjusts the noise cancelling to suit the ambient environment. The new headphones support playback of LDAC, DSEE Extreme, 360 Reality Audio and High-Resolution audio, and come with both Fast Pair for Android devices and Swift Pair for Windows-based ones.

For the most part, the overall look here is fairly consistent with that of the WH-1000XM4s. However, the new headphones work to distinguish themselves through a thinner headband made of synthetic leather and ear-cups with a more oval-shaped profile. At a glance, the most obvious inspiration here is Apple's AirPods Max. That said, the WH-1000XM5 still manage to look and feel distinct enough to stand out on their own merits. The most tangible of these is the weight.

While the new headphones are only 4g or so lighter than their predecessors, that difference is something you can feel from the moment you get the WH-1000XM5s in your hands. What's more, this isn't the only big design change worth unpacking here.

In contrast to the previous models, the new Sony WH-1000XM5 headphones don't fold up when not in use. Instead, the headband here elegantly bends to fit inside the carry-case. While I found missed the tactile flexibility of previous models, I did found the practical benefits worthy of the sacrifice in overall utility. The clicks and clacks associated with the earlier models were never something that specifically bothered me, but the shift to not having them was an unexpected boon.

These obvious-in-retrospect revisions add up quickly, and while the final product might be described as defined by new looks, it's better framed as the byproduct of smarter ones. Change can sometimes be messy, but the Sony WH-1000XM5 mostly comes away better for it. Little that matters has been lost in the process, and after a few weeks it's all but impossible to imagine going back. 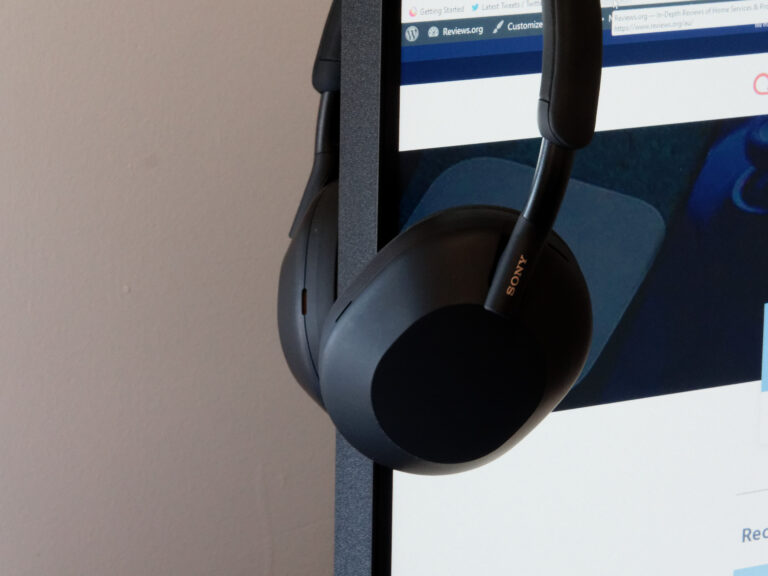 For those who care more about the way their $649 headphones sound than the way they look, the most consequential detail here is likely to be the shift by Sony to leaner 30mm drivers. Although smaller than the 40mm drivers found in the WH1000XM4s, Sony claims that this on-paper downgrade will deliver better high frequency sensitive and a more natural sound quality.

Sans a spare set of 2020's best noise cancelling headphones to compare the WH-1000XM5 against, all I can really say is they felt like a significant step up on my current WH-1000XM3s. Anarchic glitchcore like Dylan Brady's "Coming Down" and synth-pop like Glass Animals "I Don't Want To Talk (I Just Want To Dance)" sounded great, and the noise cancelling was consistent enough that I hardly ever felt like I had to tinker with it.

Part of this is down to the hardware changes. As with its predecessor, the WH-1000XM5 pairs up Sony's HD Noise Canceling Processor QN1 chip with the Integrated Processor V1. However, the number of noise-cancelling microphones involved found in the new Sony WH-1000XM5s has been bumped up from 4 to 8.

The rest of it probably has to do with the Sony's new Auto NC Optimizer. Exclusive to the WH-1000XM5s for the time being, this new feature adjusts the level noise cancelling to suit the environment around you.

If you do want to take a more hands-on approach to managing your sound, you'll want to be using the WH-1000XM5s with Sony's official Headphones app. This app lets you monitor the level of sound pressure, tinker with the sound signature via an equiliser, set up 360 Reality Audio, toggle DSEE Extreme audio and customise the quick access shortcuts for the headphone. None of the options listed above are really new, but they remain compelling value adds for those who want to make fully use of what the hardware and software inside the WH-1000XM5 can do.

With noise-cancelling enabled, the Sony WH-1000XM5 match their predecessors with deliver thirty hours of playback on a full charge. If you opt to turn that signature feature off, you'll be able to get another ten hours out of the new noise cans. This works out to an impressive total of 40 hours of listening time per charge.

The new Sony WH-1000XM5s also benefit from the inclusion of fast-charging that's a step above their predecessors' promise of 5 hours of playback from 10 minutes. Just 3 minutes of charging the new headphones via USB Type-C will net you 3 hours of playback.

Everything, the kitchen sink and better noise-canceling 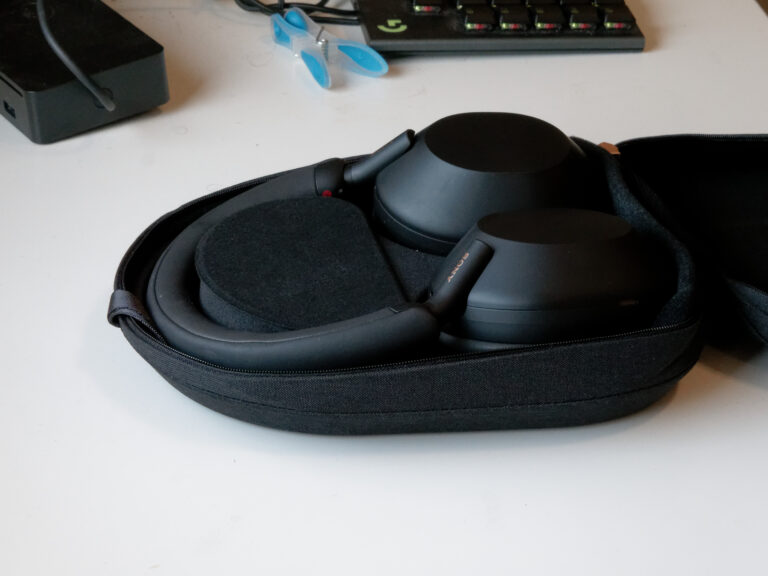 The Sony WH-1000XM5 are Sony's most expensive set of noise canceling headphones yet, but it's hard to think of anything else the manufacturer could have done to justify that higher price. The new noise cans are the most significant redesign in the history of the series since the WH1000XM3s, with key changes found on the inside and outside of the new headphones that culminate in Sony's best effort in the wireless headphones arena to date.

Simply put, the Sony WH-1000XM5 finally look as good as they sound. 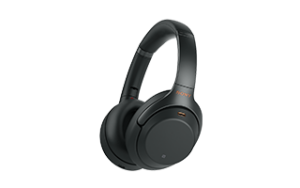 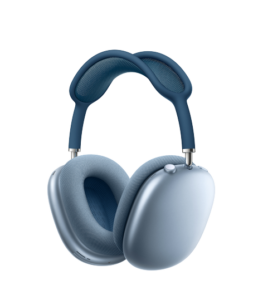 Here are the most frequently asked questions about Sony WH-1000XM5