Private Internet Access is great for basic use but falls short when it comes to streaming services.

Private Internet Access is a solid VPN for basic use but doesn’t offer the versatility of its bigger-name competitors.

Private Internet Access is the thirteenth VPN we’ve reviewed on this site, and it’s absolutely worth considering if you’re after a VPN service that ticks most of the right boxes. While it doesn’t topple the dominance of our current top three—all-rounder NordVPN, user-friendly ExpressVPN or speedster Hotspot Shield—it’s a well-priced contender that supports a great number of simultaneous connections and boasts solid connection speeds. 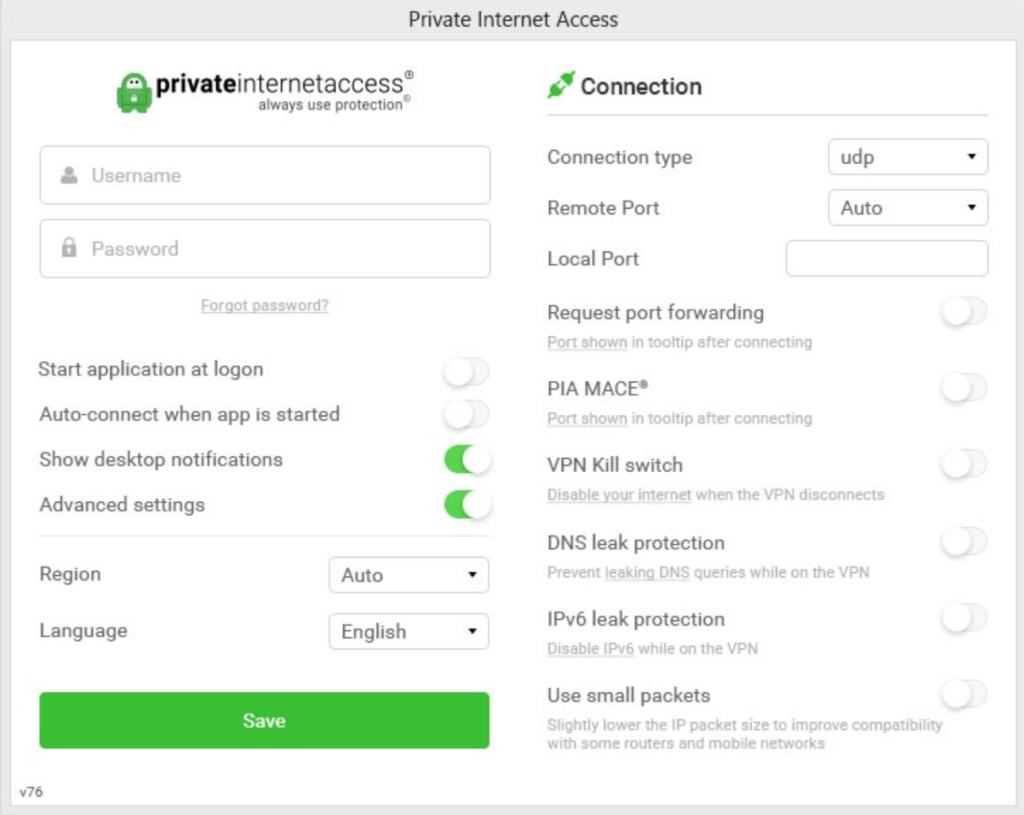 Private Internet Access offers three different pricing options: monthly, yearly and, at the time of updating this review, a biennial option that came with a bonus two months. Refreshingly, prices are also offered in Australian dollars when purchasing from an Australian IP address. You can even pay with gift cards if you want to stay truly anonymous. Check out how the costs stack up for all three options in the table below.

In terms of ongoing monthly costs, Private Internet Access doesn’t crack the top three but does take out the top spot for annual pricing when compared to the other VPNs that we’ve reviewed. To nab that special pricing, you do have to pay upfront (the trend with VPN services), but you can also net an even cheaper annual cost if you opt for the biennial option which, for the VPNs we’ve reviewed, is beaten only by VPN Unlimited’s lifetime subscription and Surfshark’s low-cost biennial subscription.

From the get-go, Private Internet Access does things a little differently by assigning a username and password, which emphasises anonymity from the get-go. There’s a quick-tour option for PC users after installing the PIA VPN software, but this is an incredibly easy VPN to use so it’s not essential.

Strangely, when I first loaded PIA VPN, the auto-detected nearest server was in New Zealand rather than Sydney (where I’m based). Eventually, Private Internet Access corrected to prioritising an Australian server, but that server was in Melbourne. In fairness, connecting to the Sydney server wouldn’t have been ideal as, on that first day and throughout my testing period, the Sydney server had consistently high latency.

It’s a great touch that PIA VPN offers latency values, colour coding them either green for good (anything below 150ms) or orange for less great. For context, the Sydney latency initially claimed to be at 137ms but was actually at 232ms when I tested my connection; on later days, the latency was listed more accurately in the 230+ range but never dropped to acceptable green levels. It’s a shame because PIA VPN is a speedy connector (about four seconds) and disconnector (two seconds), with a few seconds of breathing space to allow for your internet to catch up. Also add a couple of extra seconds for connections to the US or UK.

I’m labouring the point on the Sydney server for two reasons. First, this has never happened before with my VPN tests. Second, Private Internet Access claims to have 28,000+ VPN and proxy servers in 104 locations across 78 countries (77 countries by my count from the ones available). That country and location count is decent, but the server count blows every other VPN we’ve reviewed out of the water, with the closest contender being the 7,000+ from CyberGhost VPN. While that server count is impressive, it’s strange that the Sydney servers are consistently slow and, additionally, that Australia only warrants connection options for Melbourne, Perth and Sydney.

PIA VPN’s user interface is incredibly straightforward across Windows and Android (for my tests). It’s a little cleaner on Android but, whichever you’re using, connecting or disconnecting is as simple as tapping the big green connection button, while switching servers is as easy as bringing up the server list and connecting to a new server with another tap. Unlike other VPNs, PIA VPN plays nice with all of my day-to-day online software, including peer-to-peer tools like Slack and, yes, it performed admirably in my torrent tests. 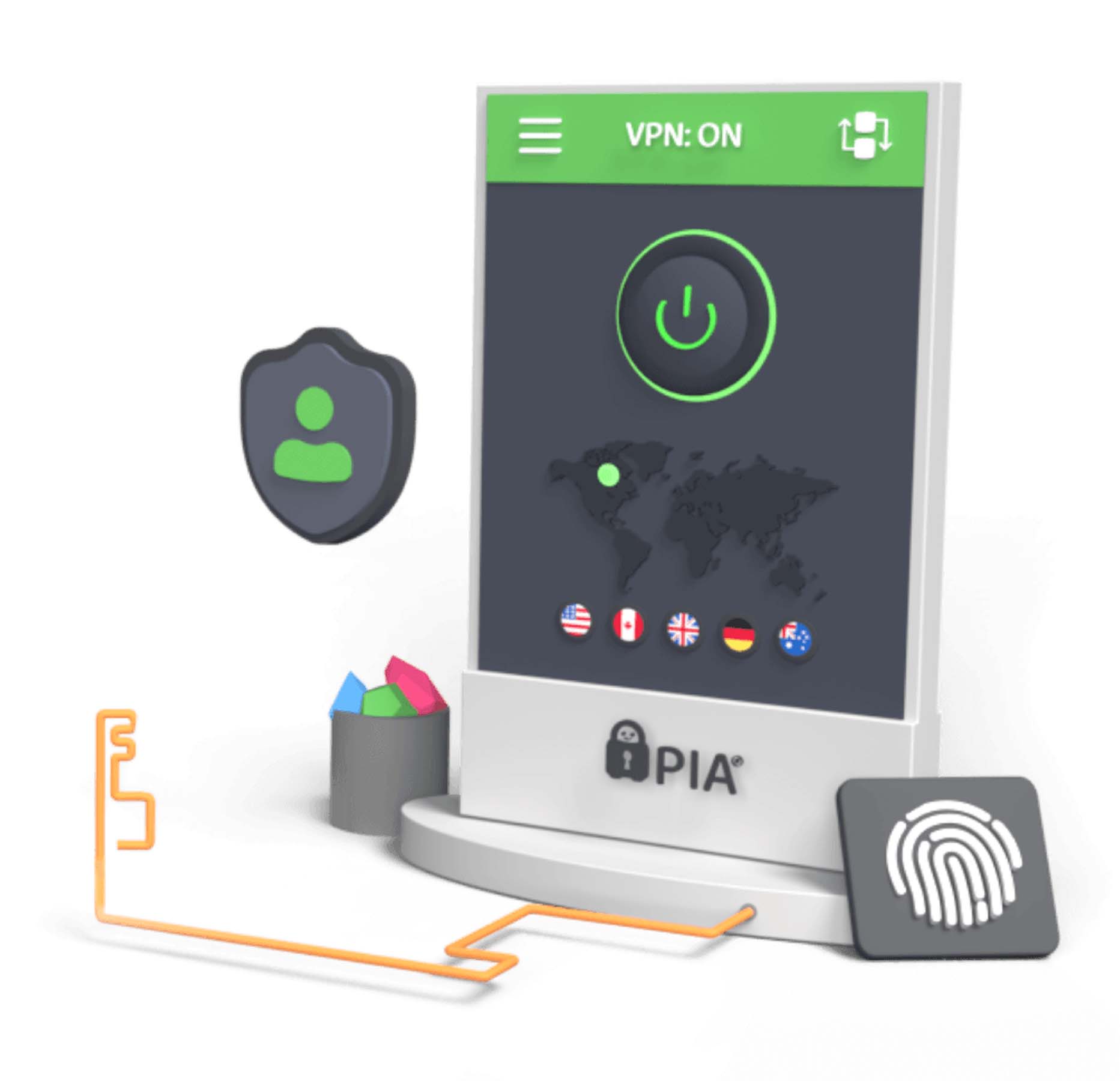 A single Private Internet Access subscription can be used for 10 simultaneous connections, which is enough to cover all of your supported devices with a few to spare for others in your home. While this number can’t compete with the unlimited simultaneous connections on offer from Windscribe VPN, IPVanish and Surfshark, it’s equal with PureVPN and better than the five-count standard.

PIA VPN also has a decent range of supported devices, which you can see below:

That range of supported devices ticks the main boxes for PC, mobile and browsers, but other VPN services support and/or offer guides for other devices, including smart TVs, streaming boxes and gaming consoles. You can dig around and find limited router support for PIA VPN, though.

Regardless of the VPN provider, whenever you connect to a VPN server, your internet connection will be slowed down. In theory, connecting to a nearby server should result in minimal impact to your internet speeds, while there are acceptable speed changes when connecting to international servers. The better the server infrastructure of a VPN service, the better speeds you can expect when connected.

To test all of this with PIA VPN, I use my Superloop NBN 100/40Mbps Fibre-to-the-Curb home internet connection. The table below highlights how Private Internet Access handles server connections in Australia, the US and the UK. For context, my NBN connection is capable of max download speeds of 99.02Mbps and upload speeds of 44.34Mbps (though the copper cabling in my building stops me from achieving these speeds).

As you might expect from my points above, the Sydney speeds are bad with a noticeable impact to my connection that brings it closer to NBN 50 speeds. Connecting to Melbourne reaped much better download and upload speeds. The speeds to the Silicon Valley server in the US are great with comparatively decent speeds to the UK, too.

One of the more common uses for a VPN service is to access geoblocked streaming content from around the world. While people who do this do run the risk of violating user agreements for these services, it does open up a greater breadth of streaming options. Here’s how PIA VPN fares when attempting to streaming with one UK service, two Australian alternatives and four popular US options, all of which have a knack for detecting VPNs.

Private Internet Access was inconsistent in my tests, with only US streaming service Peacock proving to reliably work, albeit with moderate to fast buffering speeds depending on the server. The Netflix US library is basically an easy win these days for most VPNs, but PIA VPN only worked when connected to certain US servers and was incredibly slow to load the library and had slow buffering results. BBC iPlayer and Kayo detected PIA VPN, and Stan only worked on the slower Sydney server.

Normally, this is where I introduce a table that gives an idea of how Private Internet Access should work with different NBN speed tiers. But given it doesn’t work at all with BBC iPlayer while Netflix US and Hulu only have partial support (with slow buffering speed for Netflix), it doesn’t feel like an accurate indication of real-world use. If you’re after a VPN service for streaming, don’t go with Private Internet Access.

One of the unique features of Private Internet Access is its open-source transparency, meaning the VPN code can be scrutinised and improved by the community. PIA VPN has an admirable zero-log policy to ensure your anonymity, while there’s a DNS-based ad blocker to protect against malware, trackers and ads. PIA VPN also has split tunnelling, so you can select which apps or websites are covered by the VPN, a Smart DNS service, and an internet kill switch if PIA VPN unexpectedly disconnects.

For comparison, here’s how Private Internet Access compares to our current VPN gold medallist NordVPN. PIA VPN has the wood on NordVPN in terms of pricing, with cheaper monthly, annual and biennial costs.

PIA VPN scores another easy win in terms of some basic numbers, with more servers (28,000+ vs 5,400) in more countries (78 vs 59) and with more simultaneous device connections (10 vs six). Both VPN services have zero-log policies, Smart DNS options, split tunnelling and browser extensions as well as anti-malware inclusions. Both VPN services also have high levels of encryption, 24/7 tech support and a 30-day money-back guarantee.

With so many wins and draws between the two, it makes Private Internet Access seem like a no-brainer victor, but things start to fall apart for PIA VPN when it comes to other comparisons. NordVPN has a faster connection to Australian servers with better percentage changes for download (4% vs 6%) and upload (3% vs 6%), plus faster overall download speeds to international servers. It’s worth noting that if upload speed is more important to you, PIA VPN is the better choice because NordVPN has slow upload speeds, particularly to US servers.

When it comes to streaming, NordVPN is hands down the better choice, which also carries over to my recommendation between the two VPN services: go with NordVPN.

Unless you want to connect to the Sydney server, Private Internet Access has great Australian speeds to Melbourne and Perth, and it works well as a background companion that doesn’t get in the way of your daily internet goings-on. Still, the high server count and simultaneous connections allowed are curbed by a lack of versatility when it comes to streaming services. PIA is a solid and affordable VPN, but there are better options out there. 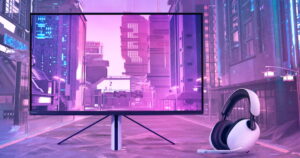