The latest version of Windows is here, but while it’s pretty, it’s far from an essential upgrade. 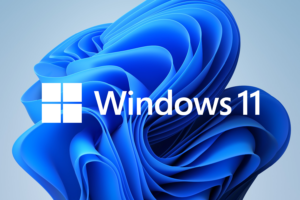 4
The latest version of Windows is here, but while it’s pretty, it’s far from an essential upgrade.
Free upgrade

By Nathan Lawrence
Editor-at-large
Read More
5 min read
Share Article
Quick verdict
Windows 11 is the most seamless operating system (OS) upgrade, to date. While the jump from Windows 7 or 8 to Windows 10 involved a longwinded upgrade process, the step from Windows 10 to Windows 11 is more like a major Windows update than anything else. But it is, ultimately, just a step. Despite being a (mostly) responsive system that’ll be very familiar to Windows 10 users without too many quirks, there’s no real reason to rush out and upgrade to Windows 11 at this stage. And that includes people who can get it for free. If you are impatient, though, Windows 11 you should feel right at home.
Pros
Incredibly easy upgrade process
Mostly familiar to Windows 10 users
Microsoft Store overhaul
Future-proofed features
Cons
Delay when folder browsing via keyboard
Default changes to right-click menu
Some oddly limiting upgrade requirements
Far from an essential upgrade

Windows 11 is out now after officially releasing on 5 October 2021. Microsoft chose to roll out the free upgrade between Windows 10 and Windows 11 in a tiered approach, meaning you may not yet have been prompted to upgrade even though your PC may be compatible. Feeling impatience? You can force the upgrade on a compatible PC by downloading and running the Windows 11 Installation Assistant.

As mentioned above, a lot of people in the world will be eligible for a free upgrade from Windows 10 to Windows 11. For those users, there is no cost to upgrade to Windows 11. For anyone else, the main way to get Windows 11 right now is to buy it preinstalled on a laptop or prebuilt desktop. Alternatively, you can purchase an original equipment manufacturer (OEM) version from participating retailers either alongside a new PC or with compatible parts.

Below is a pricing breakdown of the cheapest OEM versions of Windows 11 available at the time of writing this review:

At first glance, the minimum PC requirements for Windows 11 are quite reasonable. Check them out in the table below:

Memory, graphics card and storage requirements are all very reasonable, and would feasibly cover most Windows 10 PCs. If it was just up to those components alone, Windows 11 would be incredibly generous with its seamless upgrade potential; but those seemingly low CPU requirements aren’t as low as they first appear. The catch is that Trusted Platform Module (TPM) version needs to be at 2.0 before Windows 11 will even register as being eligible to install on your Windows 10 PC.

In my experience, this wasn’t an issue with the Microsoft Surface Laptop 4, which is no surprise given how recent it is and it’s built by the same people that make Windows 11. My ageing XPS 13 (9350 model, released in late 2015) wasn’t so fortunate, and despite there being a firmware update available to supposedly bump it from TPM 1.1 to TPM 2.0, it wouldn’t let me upgrade from Windows 10 to Windows 11.

It was initially a similar story with my desktop PC, which has a more recent CPU released at the end of 2017 (i7-8700K) and is, these days, bolstered by an Nvidia GeForce 3070 Ti. That was a much easier firmware upgrade process, and I was able to finally score the compatibility tick that meant I could upgrade from Windows 10 to Windows 11. The trick for the XPS 13 and custom desktop was that firmware updates, while less confronting than they used to be, are still something that requires a degree of tech proficiency (or at least confidence) to perform.

How to install Windows 11

Assuming you’ve got the Windows 11 requirements sorted (including TPM 2.0), the installation process for Microsoft’s latest OS is a breeze. It’s even easier if offered as a single-click button as part of Windows 10’s update screen, but you can also force it with the Windows 11 Installation Assistant. For both the Surface Laptop 4 and custom PC upgrades, I was both surprised and impressed with the speed and painlessness of the upgrade process.

It just works. As you’d hope, I didn’t lose any software, files or even personalisation settings during the Windows 11, either.

Windows 11 for work and play

When I first shifted from Windows 8 to Windows 10, there were teething problems, most notably some frustrating out-of-the-blue(screen) crashes. I’ve had none of that with the step up from Windows 10 to Windows 11, and that’s after hundreds of hours of everyday use across laptop and desktop.

As a work-from-home writer, I’m very reliant on my tech to work without interruptions or slowdowns, and Windows 11 makes for a mostly seamless transition between OS versions. There are a few quirks, though. For starters, I’ve realised I’m very reliant on using a mouse-and-keyboard combo to quickly navigate through folders. While I took for granted how good Windows 10 is at keeping up with this speedy navigation, Windows 11 has a short delay for navigation keystrokes. I don’t know whether it’s a deliberate design decision or system lag but, either way, it slows me down for a fraction of a second per subfolder, which frustrates the deeper you have to navigate.

Outside of that, the other big detractor for my day-to-day was how Windows 11 handles its right-click menus. You can’t right-click anywhere on the taskbar to get meaningful menu options; instead, you have to right-click on the Windows button. That’s in the centre now, by the way, and while I thought I’d end up reverting to its traditional home in the left corner of the screen, the central placement is very easy to get used to.

Back to right-click gripes, though, and the abridged right-click menu for files and folders leaves a lot to be desired. I was almost always having to navigate into additional sub-menu options just to find what I wanted, so I ended up doing a registry hack to bring back the full right-click menu from Windows 10. The only other annoyance was that the taskbar on the two monitors that flank my main screen didn’t have the time displayed, but I tweaked this with a handy ElevenClock app (even if that has its own oddities, particularly when it shows up during full-screen videos).

While some of these workarounds are more advanced, it’s great to see that Windows 11 is still customisable, even if I haven’t really found much use for the touted widgets feature. What I was more interested in was proper Android app integration, but that was still in a beta phase at the time of writing this review, so it’s not practical to talk about that just yet.

By far the biggest improvement is to the Microsoft Store, which was an ugly hub that was painful to navigate in Windows 10. The Windows 11 version sports a clean design, it’s easy to use and has working quality-of-life features like the option to install apps to different locations. Yes, this was in Windows 10, but it missed more than it hit for me.

This works in unison with the integrated Xbox app, which also lets you determine where you’d like to install games on a case-by-case basis. Unlike the Windows 10 version, I haven’t had any dramas with installing games to different storage locations, though I wish it was easier to throttle download speeds within the Xbox app and Microsoft Store without having to delve into Windows settings (even then, throttling only works some of the time).

As an avid gamer, it’s great to see that Microsoft hasn’t overlooked this important function in Windows 11, either. Any performance gains in games between Windows 10 and Windows 11 are minor at this stage, but I expect that to change as future updates roll out. Speaking of updates, the Windows 11 updates released thus far have been smaller, which makes them easier to manage, especially when it comes to restart requirements.

Is it worth the upgrade?

At this stage, there’s no real reason to rush out and upgrade from Windows 10 to Windows 11. Unless extended, Microsoft plans to end support for Windows 10 on 14 October 2025, which leaves plenty of breathing space. Still, if you get the Windows 11 upgrade itch sooner rather than later, as long as your PC meets the requirements, it’s a painless update on a user-friendly OS that’s a good-looking and faithful background companion the overwhelming majority of the time. 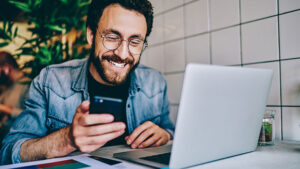