What you see is what you get with the latest Dell XPS 13. 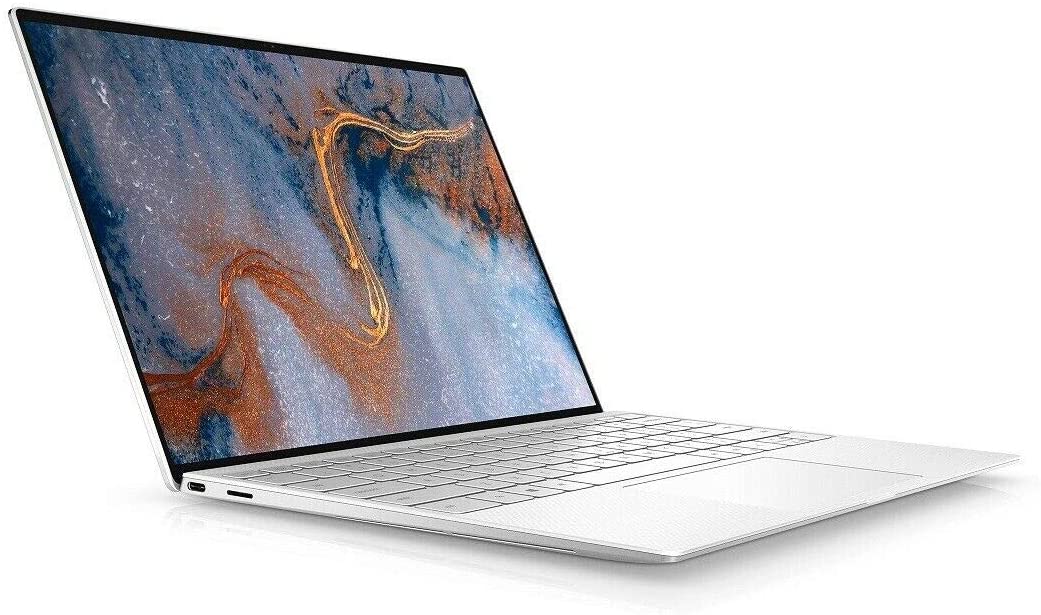 The latest XPS 13 sees Dell hold onto their throne when it comes to premium Windows-based laptops.

See at Dell
See at Amazon

What you see is what you get with the latest Dell XPS 13. It elevates the strong foundations of last year’s model with a smart spec bump that leaves it both better prepared for tomorrow and ready to give consumers additional bang for their buck today.

It might not be made by Microsoft, but the latest XPS 13 sees Dell hold onto their throne when it comes to premium Windows-based laptops. With top-notch specs, a sleek design, a gorgeous screen and a somewhat reasonable price, the Dell XPS 13 has it all.

The Dell XPS 13 (9310) arrives in simple but elegant packaging that contains the laptop itself, a USB Type-C to USB Type-A converter dongle plus a USB Type-C charger cable and power brick.

There are no real freebies or bonus inclusions here. Just the expected essentials.

As with many house-name laptop brands, a lot of the story around the new Dell XPS 13 (9310) can be understood by bringing it into conversation with its predecessor.

The previous model, the Dell XPS 13 (9300), was a relatively-significantly redesign that incorporated a better screen with thinner bezels, a larger trackpad, a bigger and a larger keyboard.

By comparison, the innovations and iteration found in the latest Dell XPS 13 is more subdued. Or, at the very least, less visible. The biggest changes here are located under the hood.

To that end, the Dell XPS 13 (9310) comes kitted out with Intel’s latest 11th Gen Core processors, which bring new possibilities to the premium laptop niche through inclusions like support for Thunderbolt 4-enabled USB ports and Intel’s Xe Iris integrated graphics.

There are two colour options available here. One of these is silver on the outside and black on the side. The alternative has a more frosted look to it, opting for a lighter tone when it comes to the interior of the Dell XPS 13. 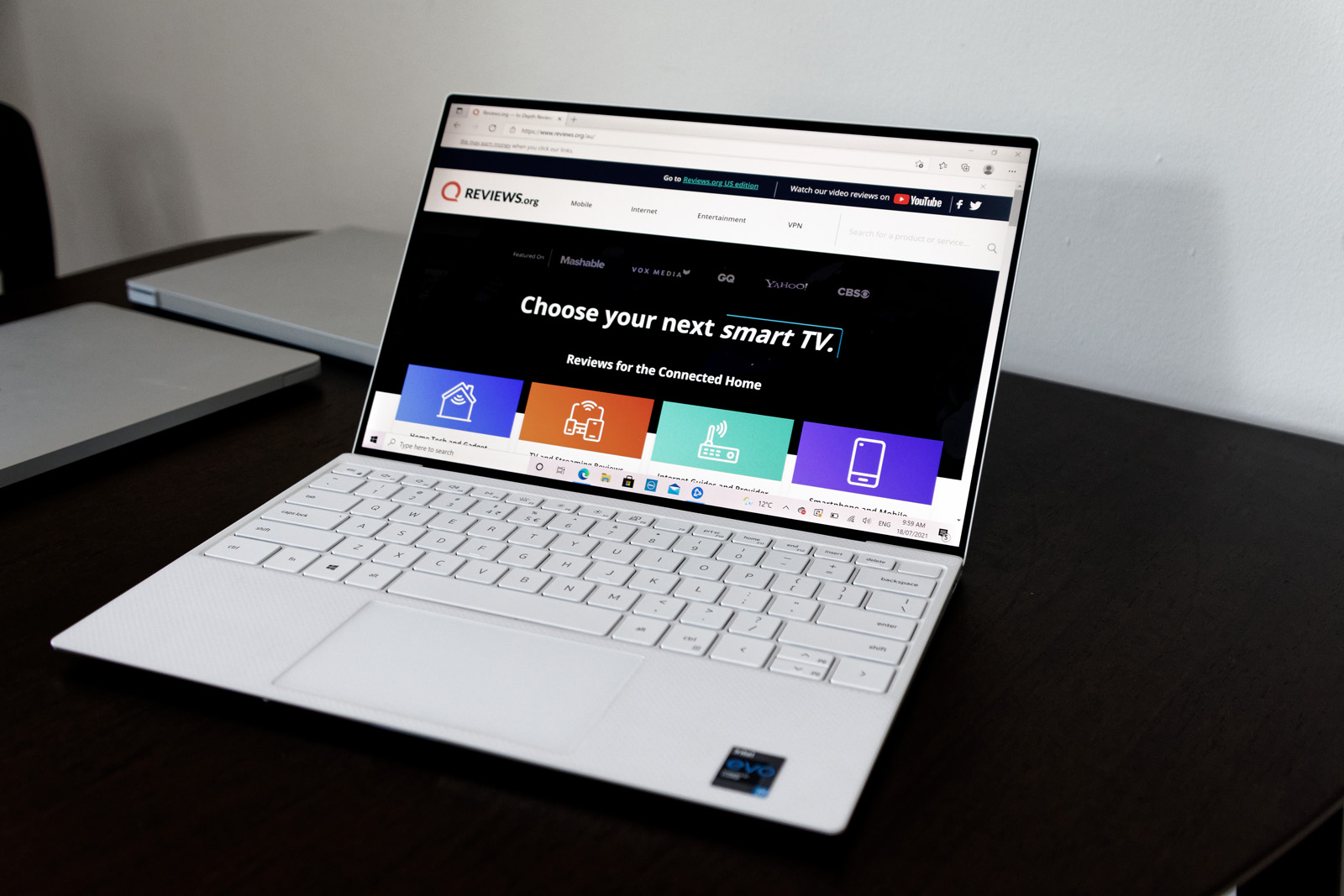 Still, if you’re coming to things afresh, there’s a lot to like here about Dell’s take on premium laptops. Even if the latest version of the Dell XPS 13 doesn’t tinker with the blueprint all that much, it remains a strong foundation for most everyday computing scenarios.

Like previous models, the Dell XPS 13 (9310) is built around a 13.4-inch display with super-thin bezels. The screen pushes right up to the edge of the device in a way that older models, and many of the XPS 13’s competitors, can’t quite match. It’s a small thing, but it improves your everyday mileage with the hardware.

Dell gives you the option of kitting the Dell XPS 13 (9310) you choose between either a touch sensitive display or not. You also have the option of bumping things from FHD resolution up to UHD. However, this can negatively affect the battery life and might not necessarily provide the extra value you’d hope for. Having a laptop with a 4K screen might be prettier, but it’s not necessarily more useful.

Either way, the dimensions of the screen on the latest Dell XPS 13 remain the same. It’s just as bright, supports HDR content that uses the Dolby Vision standard, and is just as protected by Gorilla Glass 6 when it comes to every scratch resistance and durability.

When it comes to the overall form-factor, though, this version of the Dell XPS 13 isn’t that different to previous efforts. You still get a crisply refined aluminum chassis on the outside, You still get a neatly textured and somewhat rubberised palm rest on the inside. 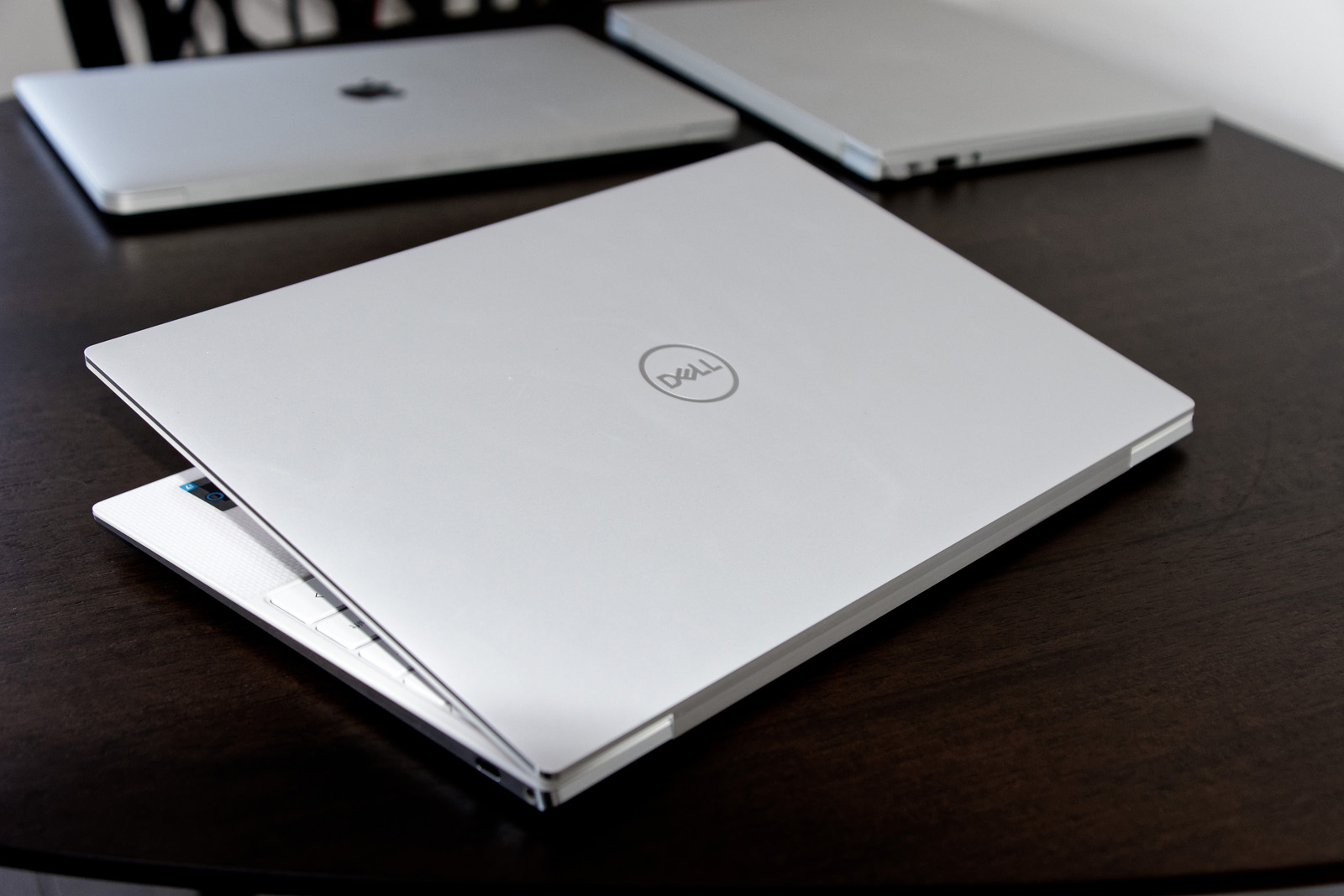 Dell says that the black version of the laptop uses carbon fibre materials, while the arctic one uses white woven glass fibres. Both are stain resistant. Compared to previous models, the new XPS 13 (9310) is about 6 percent thinner. The trackpad is also 17 per cent larger and the edge-to-edge backlit keyboard here is about the same size, though the larger key caps do make it a little more ergonomic to rely on in a pinch.

The last things worth touching on here are the details. The 720p webcam wedged at the top-most bezel. The stereo speakers housed on the light and right edges and the USB Type-C located not too far from them.

These USB-C ports come Thunderbolt 4-enabled, which is still a relatively rare inclusion among even premium laptops like the Dell XPS 13 (9310).

The short version here is that Thunderbolt 4 means more than just faster charging via USB Type-C. It means support for up to two 4K displays at once and data transfer speeds of up to 32GBs per second, which is double that of what could be done with Thunderbolt 3.

Like many laptops of this class, the Dell XPS 13 (9310) incorporates Intel’s 11th Gen Core processors, all the way up to the top of the line i7-1185G7 processor. There are a bunch of small but meaningful technical improvements here.

For example, while the new Dell XPS 13 (9310) supports many of the same RAM configurations as its predecessors, it’s important to note that it also boasts faster RAM with speeds of up to 4267Mhz.

The other big benefit of the 11th Gen Intel processor here over the 10th Gen one found in last year’s XPS processor is the new Iris Xe integrated graphics.

Even if Intel has only recently gotten into the integrated graphics space, the year-on-year improvements are substantial and tangible. Gains relative to alternative integrated graphics tech from AMD are more modest, but they still leave this year’s Dell XPS 13 far ahead of last year’s when it comes to gaming at FHD resolutions.

While more dedicated enthusiast gamers are going to be better served by a proper gaming laptop, the Dell XPS 13 managed to run Overwatch at a respectable 50 or so frames-per-second at 1080p resolution with the in-game settings set toggled all the way down. That kind of performance can’t hold a candle to a proper gaming rig, but it’s much more playable than what you’d get on an integrated GPU only a year or two ago.

All this is to say that this year’s Dell XPS 13 (9310) is on stronger ground than predecessors when it comes to future-proofing, thanks to the above and the incorporation of Wi-Fi 6, high-refresh-rate monitors and new AI-based optimisation tech that promises to stretch the battery life of this particular XPS 13 further than previous efforts.

Burned down via streaming video content on YouTube, the 52Whr battery inside the Dell XPS 13 lasted 7 hours and 47 minutes.

The Dell XPS 13 (9310) supports not just charging via USB Type-C, but also fast-charging via both the Dell-branded charger the machine comes bundled with and other high-performance USB type-C chargers.

While the under-the-hood improvements that separate this year’s Dell XPS 13 from its predecessors can be found in similar step-upgrades available from competitors, the robust design that’s recycled from last year’s model remains a point of difference.

While there are plenty of other great options available when it comes to laptops and 2-in-1 PCs, Dell’s spin on what a premium laptop should look and feel like remains compelling and well priced.

When Dell’s best thin and light laptop costs as much as it does, it feels foolish to try and save a buck with something a little less sharply drawn than the Dell XPS 13 (9310).