The new MacBook Air is more than enough Mac for most.

If you're in the market for a new Mac, the new MacBook Air with M2 will be the best option for most thanks to how it balances performance with price.

The new MacBook Air with M2 is the new default. If you're after a new Mac and unsure of which to buy, it's pretty likely that this is the one. Sure, some will need the power offered by the higher-end Pro models, but honestly, most will do just fine with the M2 MacBook Air. It pulls off a fine balancing act between price and performance, and looks super sleek at the same time. 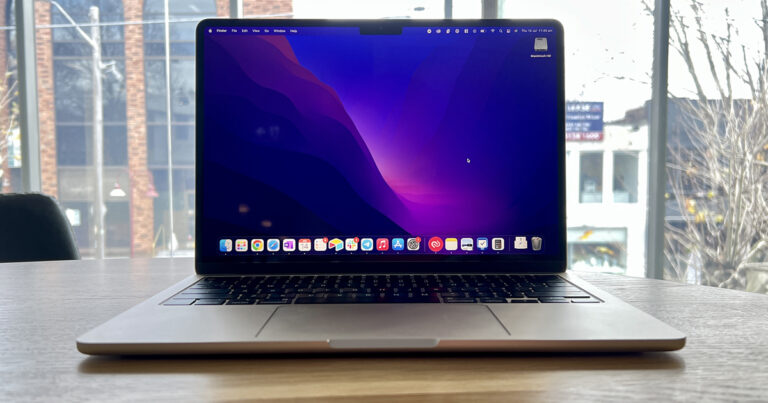 How much does the MacBook Air M2 cost in Australia? 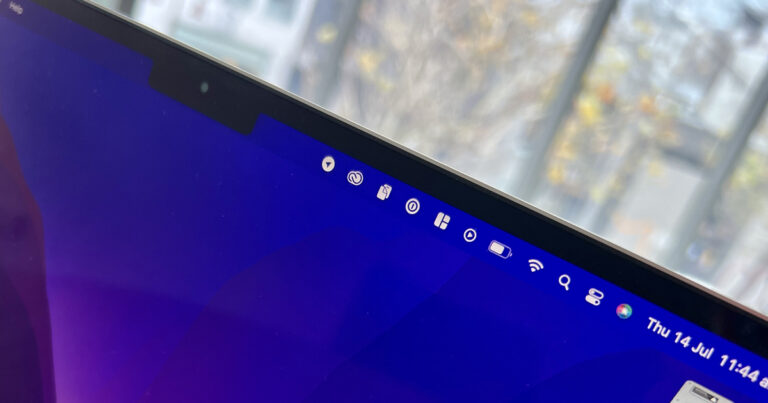 The M2 MacBook Air is arguably the MacBook Air's biggest redesign since 2010. Apple has done away with the wedged aesthetic that defined the machine opting for a flat base as seen on the rest of the laptops. The display has also been stretched out from 13.3-inch to 13.6-inch inch, cutting down the amount of bezel surrounding it.

This definitely makes the MacBook Air M2 feel more modern, but it has resulted in Apple adding a notch to house the webcam and other sensors. While the notch is pretty obvious when you're looking at the M2 MacBook Air in photos, you tend to forget about it when you're actually using it. The only time it can become a genuine issue is if you have too many icons in your menu bar.

Apple has also reintroduced MagSafe charging to the MacBook Air M2, which is very welcome. Not only does the cable elegantly snap in and out, it frees up the two scarce USB-C ports for other uses. (You can still charge over USB-C in a pinch, however.) It is however a shame that these are your only input and output options when Apple has reintroduced the SD card reader and HDMI port on the 14-inch and 16-inch MacBook Pro. After all, Apple managed to include an SD card reader in previous MacBook Air generations, before it decided Ports Were A Bad Thing.

Speaker quality has received a boost, to the point where it doesn't necessarily sound like you're listening to laptop speakers. They're not going to replace the need for headphones or actual speakers, but they'll do in a pinch.

The webcam is the other upgrade worth noting, with the MacBook Air M2 now featuring a 1080p front-facing camera. Unfortunately, while the webcam has received a bump in resolution, the improvement in quality is minor. It's a little better than the 720p model you'll find in the MacBook Pro M2, but a far cry from the 1080p webcam in the 14-inch and 16-inch MacBook Pro. There's a slight haze to the camera, and in dim lighting, you begin to look like an impressionist painting. It's not good.

Of course, some things haven't changed. The M2 MacBook Air's build quality is still excellent, and the keyboard and trackpad continue to be best in class. In addition to the traditional silver and space grey finishes, the M2 MacBook Air also comes in starlight - a very subtle gold, and midnight - a deep blue. Both are a nice change from the standard colours, but midnight is especially hot. 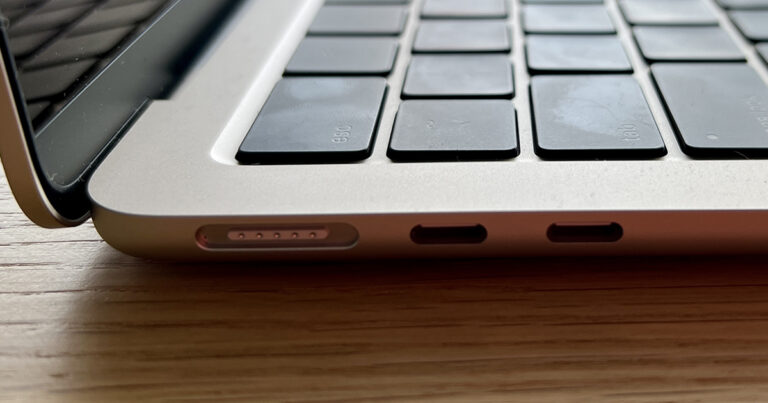 Apple says the MacBook Air M2 can get up to 15 hours of wireless web access per charge, at least on paper. The reality is a little bit different. In my testing, I averaged a bit over ten hours per charge of real world usage. That included having Chrome and Slack constantly open, daily Zoom calls, and a bit of Photoshop work. While that falls short of the M2 MacBook Pro and the M1 Pro MacBook Pro, I didn't have any trouble getting through a full work day on a single charge. The M2 MacBook Air isn't the kind of laptop where you'll be concerned about battery, even if it isn't best in class.

In addition to the aforementioned MagSafe port, the M2 MacBook Air also supports fast charging - if you opt for the 67W power adapter at checkout (or already have one). When using a compatible charger, you can take the M2 MacBook Air from flat to about 50% in half an hour.

If you're considering the base model M2 MacBook Air, opting for the 67W power adapter is a $30 upgrade. If you're opting for the model with the 10-Core GPU, you can upgrade to it for free. This does however mean missing out on the slightly more versatile power adapter with two USB-C ports. It's a tricky choice and it's a shame Apple didn't just add a second port to the 67W version too. 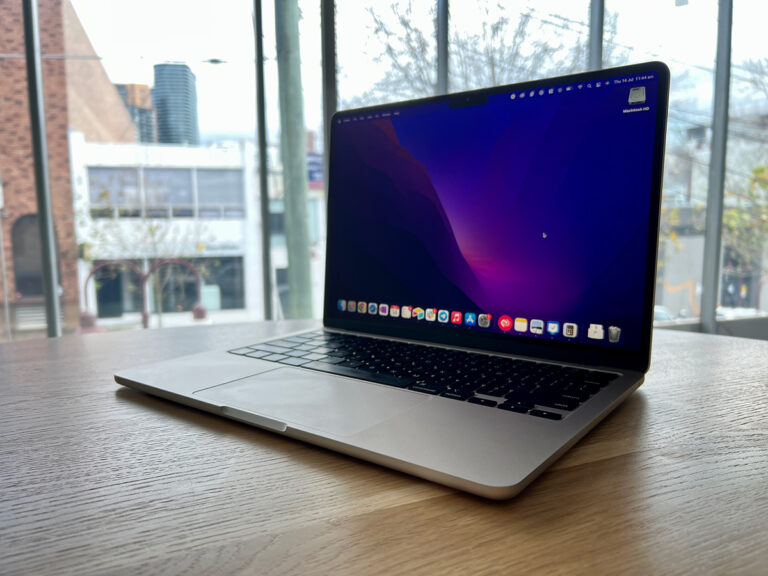 The M2 MacBook Air isn't designed to be a workhorse in the same way the M1 Pro and M1 Max MacBooks are, but there's still a good amount of grunt here. It's hard to complain about the overall experience.

For the sake of this review, I tested the 10-Core GPU model with 8GB of RAM and a 512GB SSD. I found that editing 4K video in Premiere was still smooth enough, although I had to drop the video preview to half resolution. Final Cut Pro offers a more reliable experience, and even 8K footage was workable. It wasn't quite as seamless as on one of Apple's beefier machines, but it's an impressive feat nonetheless.

I'd still spring for a 16GB RAM upgrade. 8GB of RAM isn’t quite enough in 2022, and I experienced a bit of slowdown every now and again until I restarted more demanding apps like Chrome. Going from 8GB to 16GB is a $300 upgrade, and I’d say it's definitely worth it - especially because memory and storage aren’t user upgradeable. You're stuck with the configuration you buy, so a bit of extra RAM is a good way to futureproof your purchase.

Performance-wise, my only real complaint is that the M2 MacBook Air can only natively output to a single external display. Given the M2 chip's increased graphics performance, it's odd Apple is limiting this functionality to its Pro and up chips.

Is the MacBook Air M2 worth buying? 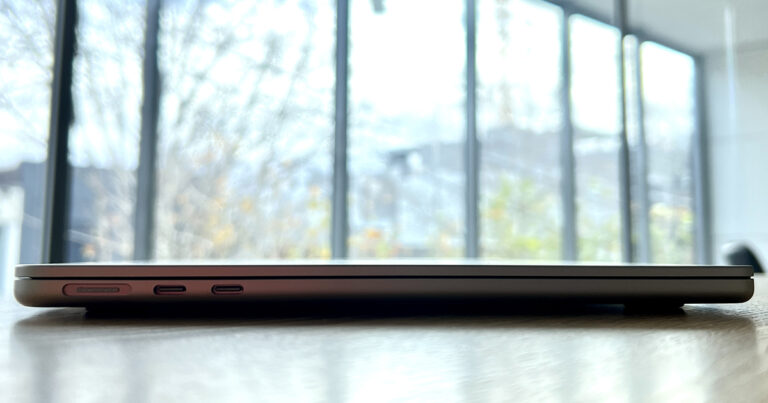 If you’re in the market for a new Mac, the MacBook Air M2 will likely more than meet your needs. It’s a great laptop with very few flaws.

Those who need more battery life may want to consider the MacBook Pro M2, but the trade-off is a dated design and no MagSafe. If you need more performance, ports, or need to output to multiple external displays, the MacBook Pro with M1 Pro is a natural upgrade, even if it costs over $1,000 more. And if you want to save a bit of money, the M1 MacBook Air is still a respectable choice at $1,499.

How does the MacBook Air M2 compare?

The table below breaks down how the MacBook Air M2 to some of the other MacBooks we've reviewed. 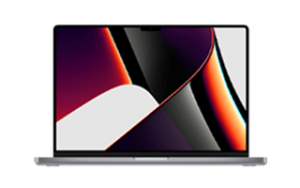