It's no MacBook Pro, but the M1 MacBook Air is still a capable tool for most jobs. 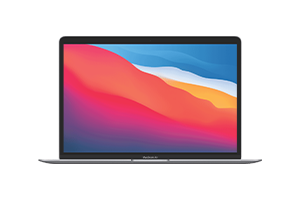 4
See at Amazon
See at Officeworks

The latest MacBook Air is light on visible changes or design revisions, but still manages to feel like a significant step up thanks to the integration of Apple’s own house-brand M1 processor.

For the less tech-savvy or the more budget conscious, an Intel-based MacBook Air is probably still an option you can get away with. However, for those who want a great laptop that runs on the latest version of macOS and hardware that’s designed to run it like a dream, this is the laptop you’re looking for.

Even if it lacks the extra grunt or screen estate found in the latest MacBook Pro, the new M1 MacBook Air is the right tool for most jobs most of the time.

The Apple M1 MacBook Air arrives in clean and simple Apple packaging that’s much in line with what you’ll find across the company’s range of devices and accessories. In addition to the laptop itself, it houses a USB Type-C cable and power brick used to charge the laptop.

When it comes to the latest incarnation of the popular MacBook Air, Apple is sticking close to the idiom that you shouldn’t try to fix what isn’t broken.

From the outside, at least, the story here isn’t all that different to the one told by their last update to the MacBook Air. Like that laptop, the new MacBook Air touts a 13.3-inch retina display, a 720p webcam, Dolby Atmos speakers, Touch ID fingerprint sensor and a force touch trackpad and Apple’s Magic Keyboard - which replaces the infamous ‘butterfly’ keyboard from a few years back. 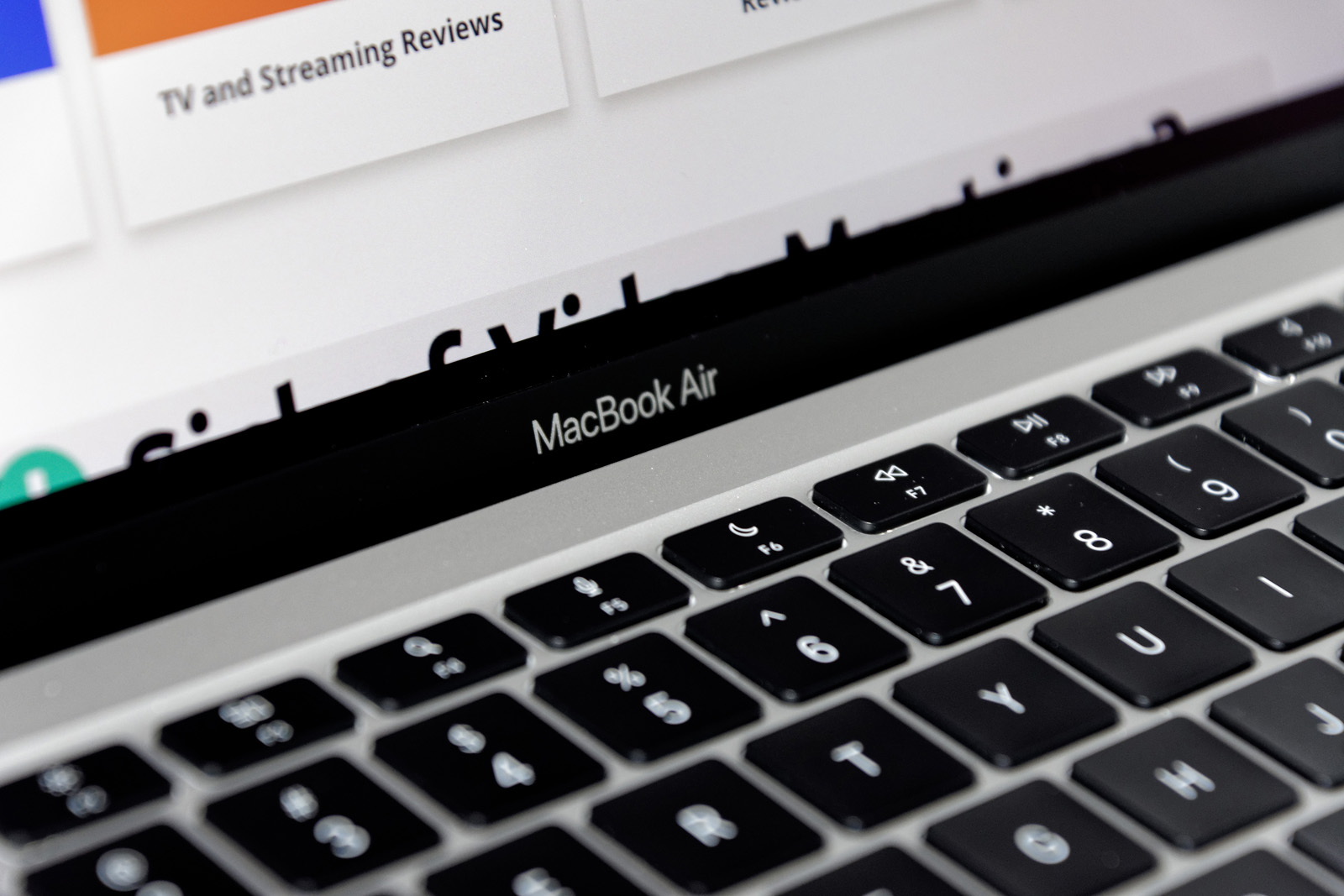 None of the above feel particularly new, but they do provide plenty of creature comforts when it comes to actually using the M1 MacBook Air. The keyboard, trackpad and display on offer come across as familiar and premium, even if they’re not quite cutting edge.

Beyond those details, though, the broad-strokes appeal and moment to moment experience here isn’t all that different to what any of Apple’s MacBook laptops gets you. Even if it feels a little snappier than usual, the new MacBook Air does still run on the same version of macOS. 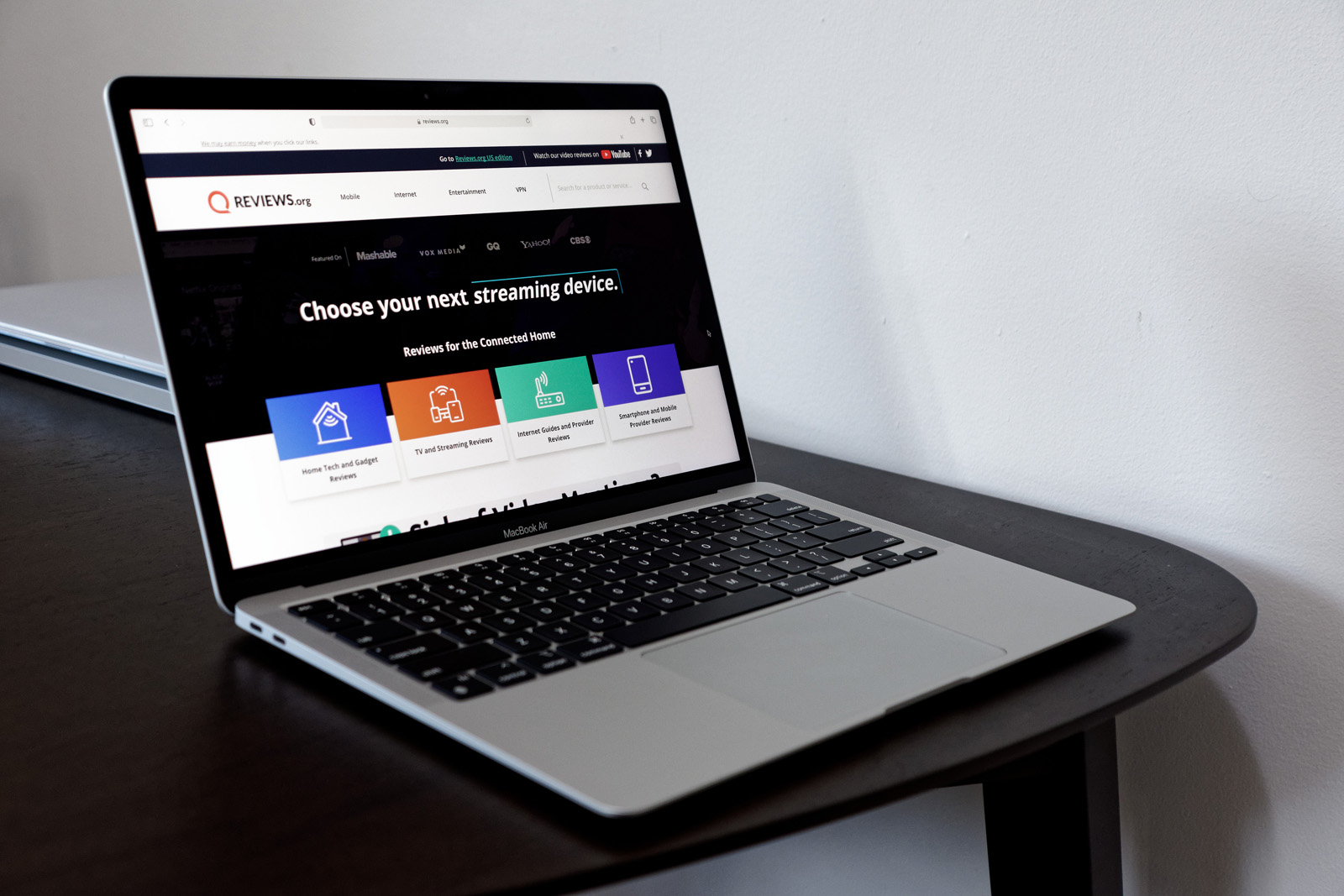 This shared foundation yields obvious benefits. As you might expect, the new MacBook Air integrates really nicely with Apple’s ecosystem of apps and services like iCloud.

As opposed to what you get when you buy a Windows-based laptops, there’s also a ton of additional included software here like GarageBand and iMovie. Even if enthusiasts are better off finding something more advanced, these bonuses do make the baseline Mac experience a little more generous for entry-level creatives or those just looking to dabble.

The baseline specs for the Apple M1 MacBook Air are as follows.

For many Apple fans, the big drawcard here is going to be the M1 chip processor inside the new MacBook Air. Even if Apple has since transplanted the M1 into other Apple devices like the new iPad Pro, the new MacBook Air still acts as a promising showcase for what Apple’s home brand hardware can do.

And the results here really are impressive. Across all the major benchmarks, Apple’s M1 chip managed to not just edge out the best that Intel’s 11th Gen Mobile processors can do, but beat it by a confident margin.

Part of the story here is in the way that the Apple M1 MacBook Air uses unified RAM rather than a more traditional configuration. Through what it calls unified memory architecture, Apple treats RAM as a shared resource rather than a siloed one. This ethos of working smarter rather than harder yields increased efficiency, less power consumption and better performance.

That being said, it does make it really hard to compare what Apple is doing here to Windows or Chrome OS laptops. Is 8 GB of unified memory equivalent or better than 16 GB or 32 GB of traditional RAM? It’s hard to say.

For what it’s worth, we came away plenty impressed with what the Apple M1 MacBook Air could do with just 8 GB of RAM. Apps were snappy to load, and we could juggle plenty of tabs in Safari without any noticeable slowdown.

It’s worth noting here that Novabench isn’t even optimised for ARM processors. Despite running through Apple’s Rosetta emulation layer, Apple’s M1 chip managed to come away with a higher score than Intel’s Core i7-1165G7.

For the company’s first attempt at laptop processors, Apple’s M1 chip is an incredible showpiece. What’s more, once you start to factor in the price difference between the new MacBook Air and Windows laptops running on Intel’s latest silicon, it looks even better.

Still, it’s always worth acknowledging that benchmarks don’t tell the full story. The fact that M1-based devices like the latest MacBook Air, MacBook Pro and Mac Mini do outpace Intel in these specific areas is one thing, but it does little to allay the traditional limits of the macOS experience.

Right now, there’s not a ton of software that can full use of those capabilities, and a lot of what there is comes from Apple’s own catalogue. Yes, Apple’s Rosetta emulation tech helps alleviate some of this. The same goes for the fact that the M1 can run sideloaded and compatible iOS apps.

There’s a lot of potential in both of the above, but the reality is that neither is particularly intuitive nor comprehensive. While Apple and a number of major third-party software vendors have acted quickly to implement M1 and ARM-friendly versions of things like Photoshop, the reality is that most haven’t. That may change, but buying an M1 MacBook Air right now means living with that variable.

Even if Apple’s M1 gets much closer to solving the lingering questions around software and compatibility than something like Microsoft’s Surface Pro X, it doesn’t resolve things completely. It’s still something you have to worry about, or at least consider, if you’re opting for this laptop over an Intel or AMD-based alternative.

Burned down via streaming video content on YouTube, the 49Whr battery inside the Apple M1 MacBook Air lasted 13 hours and 41 minutes.

The Apple M1 MacBook Air supports not just charging via USB Type-C but also fast-charging via both the charger the machine comes bundled with and other high-performance USB type-C chargers.

Apple’s new MacBook Air breaks through the traditional barriers for performance for both macOS-based laptops and ARM-based hardware. However, that’s not to say it doesn’t have limits.

The M1 chip inside the new MacBook Air delivers incredible performance, but the best it can do is often only found within specific situations or applications. In some ways, it’s the same story as ARM processors writ large.

Like many Apple products, the niche that the new MacBook Air looks to tap only really makes sense in a world where Windows laptops aren’t part of the conversation. Because when it comes to diversity of software, and especially for gaming, Windows PCs still rule the roost.

If you can live within those limits, you’ll probably get a lot of mileage out of the performance offered by the MacBook Air. However, if your workflow extends beyond them, you might chafe before long.

Regardless, at a starting price of $1499, Apple’s new MacBook Air delivers a stunning round of bang for your buck. Everything that’s been optimised to run on the M1 chip runs like a dream, and the material design and form-factor on display remain top-notch.