The MacBook Air is getting an iMac-ified makeover.

A week rarely goes by without some sort of new Apple rumour floating around, and while many of them aren't exactly on the money, today's leak is a pretty damn trustworthy one.

A video posted by noted Apple leaker Jon Prosser features renders of the new MacBook Air, which appears to be taking its design cues from the recently overhauled iMac.

If the renders are anything to go by, the new MacBook Air will be available in the same range of colours as the iMac, also swapping the usual black bezels for white ones - another nod to the iMac. However, the size of those bezels is only an estimate, and we don't know much about the display itself or even what ports the MacBook Air will come with.

Interestingly, it appears Apple has opted for full-sized function keys, resulting in a slightly smaller trackpad. The keys will also be completely white, compared to the standard black keys we've become accustomed to over the years. 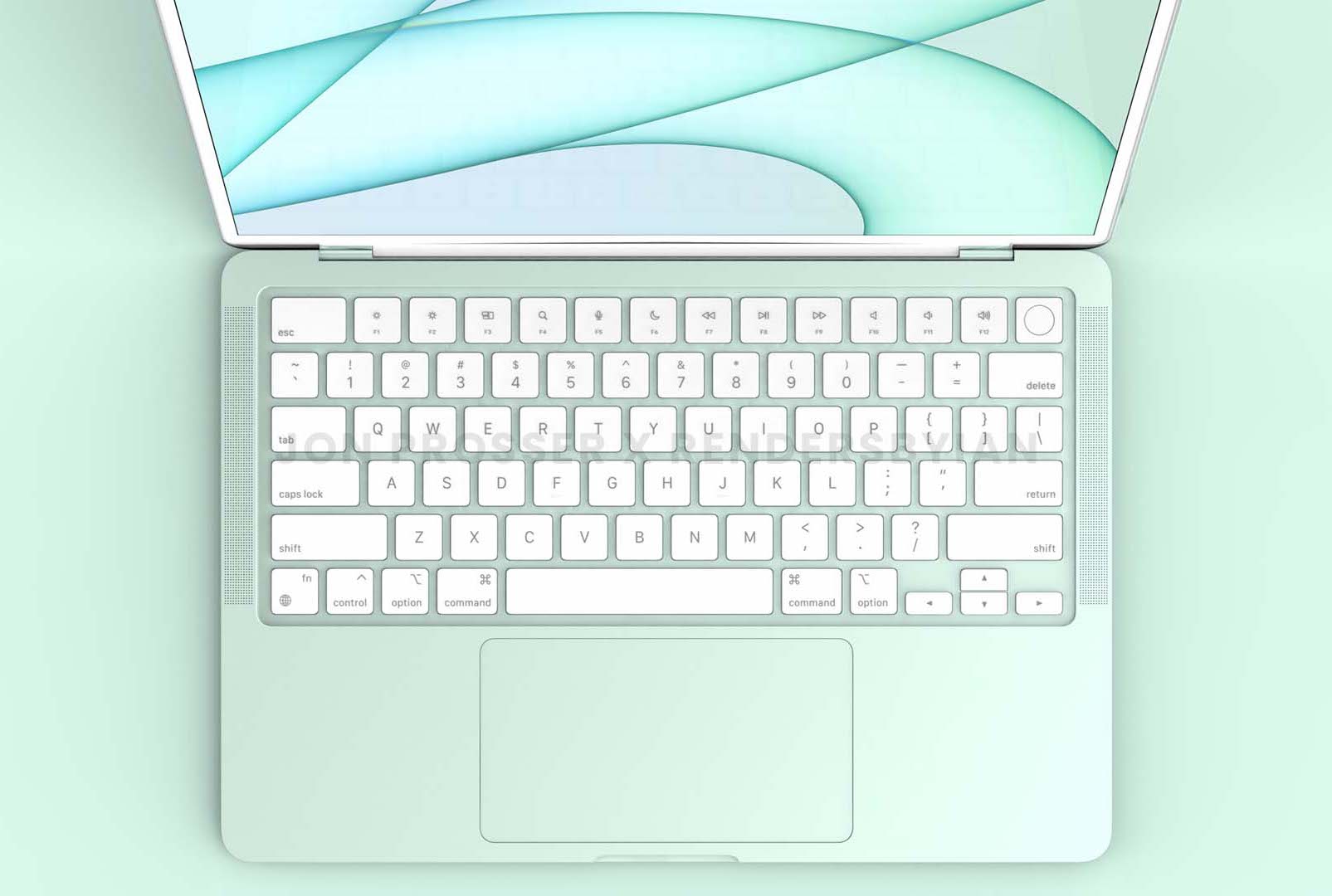 As for the specs, it's mostly SPEC-ulation right now (sorry, couldn't resist). One thing we're expecting to see, though, is an M2 chip - an updated version of Apple's first-ever silicon chip. It's also likely that we'll see a return to the MagSafe charging port found in pre-USB-C Macbooks.

If you're keen to get your hands on one of Apple's pastel notebooks, you'll have to be a little patient. According to Prosser, the new MacBook Air won't be hitting shelves until late 2021 at the earliest.

As for the price, it's too early to know exactly how much it'll cost, but when it comes to their laptops, Apple tends to keep pricing pretty consistent between generations. If we had to bet on it, we'd say it'll start at around $1,499 for the base model.