What’s the difference between 2-in-1 PCs, laptops and tablets?

Laptop or tablet? Why not both? 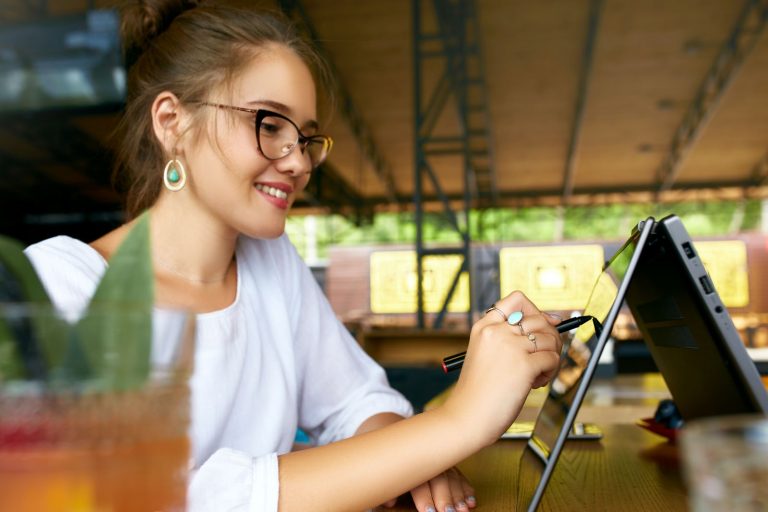 Sometimes called convertibles or convertible PCs, 2-in-1 laptops walk the line between the portability of a tablet and the productivity of a conventional clamshell laptop.

The combination of flexible form-factor and performance represented by 2-in-1 PCs has become especially appealing as more consumers and business have shifted to hybrid workplaces during the pandemic. According to IDC, “Notebooks and Detachables recorded an unprecedented growth in the pandemic situation as digitisation, mobility and flexibility are key drivers in the market, and consequently, the already declining desktop category saw a further decline.”

For a long time, laptops and desktops PC were the only two options available to everyday consumers. Then, following the arrival of tablets like the Apple iPad, 2-in-1s arrived to shake things up. Nowadays, most major OEMs include some 2-in-1 PCs in their product mix.

If you’re finding it difficult to determine whether a 2-in-1 PC will be a better fit for your needs than a pure laptop or tablet, here are five things you should keep in mind.

Not every brand shares the same definition of portability when it comes to 2-in-1 PCs. However, what both unites and divides laptop, 2-in-1 and tablet makers is the question of how portable your PC should be and what can or should be sacrificed in exchange for it.

Tablets like the Apple iPad are much lighter than other kinds of portable computers, but they do come with some serious limitations. For example, iPads can only run iOS and iOS apps, don’t have many ports and lack a physical keyboard.

In contrast, Convertible 2-in-1 PCs like the Dell Inspirion 14 2-in-1 run on Windows 10 and boast a laptop-like keyboard that can be folded away when not in use, allowing the device to transform between being a tablet and being a laptop. The form-factor is a little closer to the latter than the former, but that often comes accompanied by gains in performance.

Meanwhile, Detachable 2-in-1 PCs such as the Microsoft Surface try to find a middle ground between tablets and convertibles by using a detachable design where the keyboard can be removed at a moment’s notice. There’s a little more portable than convertibles, but they’re also often a little less powerful.

Since they’re designed around mobility and flexibility, 2-in-1 laptops often boast cellular connectivity. This is something they have in common with premium tablets and something that separates them from more conventional laptops. Mobile data can make on-the-go work situations a little more frictionless, even if it’s hardly a must-have feature.

If you’re only ever really using your PC at home or the office, maybe cellular data isn’t that a big deal. Tend to work from cafés or need to present to a client? Then having reliable and consistent connectivity can be a decent value-add that gives 2-in-1 PCs a slight edge over other more conventional laptops.

Just like a smartphone, 2-in-1 laptops with cellular connectivity have a SIM-card slot that accepts either a Micro or Nano SIM card. Check out some of the most popular data-only SIM plans in our guide to the best.

Due to their unique design and smaller form-factors, many tablets and 2-in-1 PCs rely on a kind of processor called ARM. This detail can dramatically affect what you can and can’t do with a given device.

ARM-based PCs can sometimes load faster and last longer than their x86 counterparts. However, they’re limited in a practical sense because most legacy Windows software isn’t optimised or compatible with ARM processors.

Processor type is crucial if you plan to attempt any gaming on your 2-in-1 laptop or tablet for many similar reasons. It’s possible that some less demanding or older titles might play nice with an integrated GPU. However, going into buying a 2-in-1 laptop, it’s probably going to be worth considering whether the ability to game on the go is something you care about or are willing to live without.

While some high-end convertible can provide some surprisingly decent performance, the reality is that most 2-in-1s can’t match the capabilities of a dedicated gaming laptop or desktop PC since they aren’t large enough to accommodate a dedicated GPU or cooling system.

Screen size is a pretty important detail to consider when choosing between tablets, detachable 2-in-1s, convertibles and laptops, as it directly shapes your comfort level with the device. As with so many consumer tech categories, the screen sizes for tablets and 2-in-1s has trended upwards over time.

Tablets like the Apple iPad Pro now go up to around 12-inches in screen size. Meanwhile, 2-in-1 laptop PCs tend to cap out around 15-inches. Since traditional laptops can go all the way up to around 17-inches, that’s going to make them the best option for those who want a big-screen experience.

2-in-1 laptops will also always feature a touchscreen since they have to be able to double up as a tablet from time to time.

Ports are one of the most critical yet underrated details of any PC. They’re not as exciting to talk about as screens or processors, but they directly shape how you use any piece of tech. For instance, Apple’s slow transition away from the headphone jack has forced many consumers to embrace Bluetooth and other wireless headphones.

Most tablets only feature 1-2 ports and some laptops tout up to a dozen, 2-in-1 laptops tend to fall somewhere in the middle. Unless you’re willing to invest in expanding your setup with dongles or docking solutions, this can limit your options when it comes to how much you can and can’t do with a 2-in-1 laptop at any given moment.