Windows 11 vs Windows 10: Should you upgrade?

Windows 11 has been out in the wild for a while now, which you might already know if your Windows 10 PC has been prompting you to upgrade. Microsoft is sagely rolling out the Windows 11 update to compatible Windows 10 PCs in a tiered approach, which means that even if you haven’t been prompted to make the upgrade leap yet, your computer might still be eligible for the upgrade.

So whether you’re on a Microsoft Surface device, a gaming laptop or any number of other compatible Windows 10 PCs, here’s what you need to know about making the leap to Windows 11.

So whether you’re a day-one operating system updater or curious to know what the hullabaloo is all about, here’s how Windows 11 stacks up next to Windows 10. 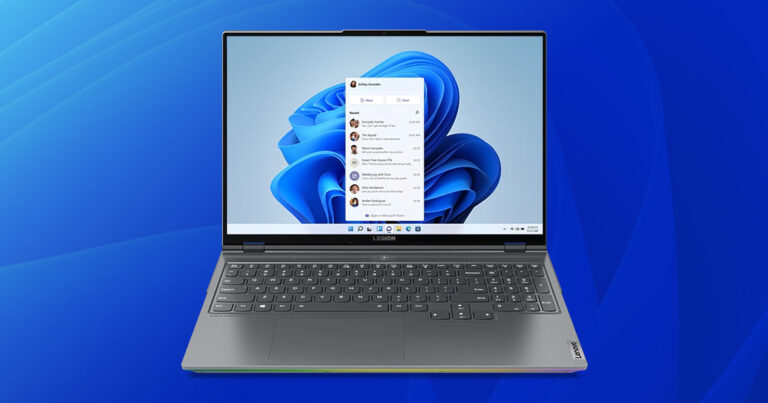 Wait. Wasn’t Windows 10 supposed to be the last Windows release?

With the shift towards software-as-a-service subscriptions, there was a time when Microsoft devs were saying that Windows 10 would be the last release, assumedly treating Windows 10 as a service that would be updated and monetised in other ways outside of core OS updates. After all, for the first year of release, Microsoft was giving Windows 10 away for free to get users into the latest OS ecosystem.

If the incredibly popular gaming digital platform Steam is any indication, there are still lots of Windows 10 users out there, with close to 90% of users on Windows 10 PCs.

So, the idea of Windows 10 as the last Windows is no longer part of the plan, but while it looks different on the surface, Windows 10 devotees can still mercifully configure some of Windows 11’s bigger changes to have a user interface that looks familiar. 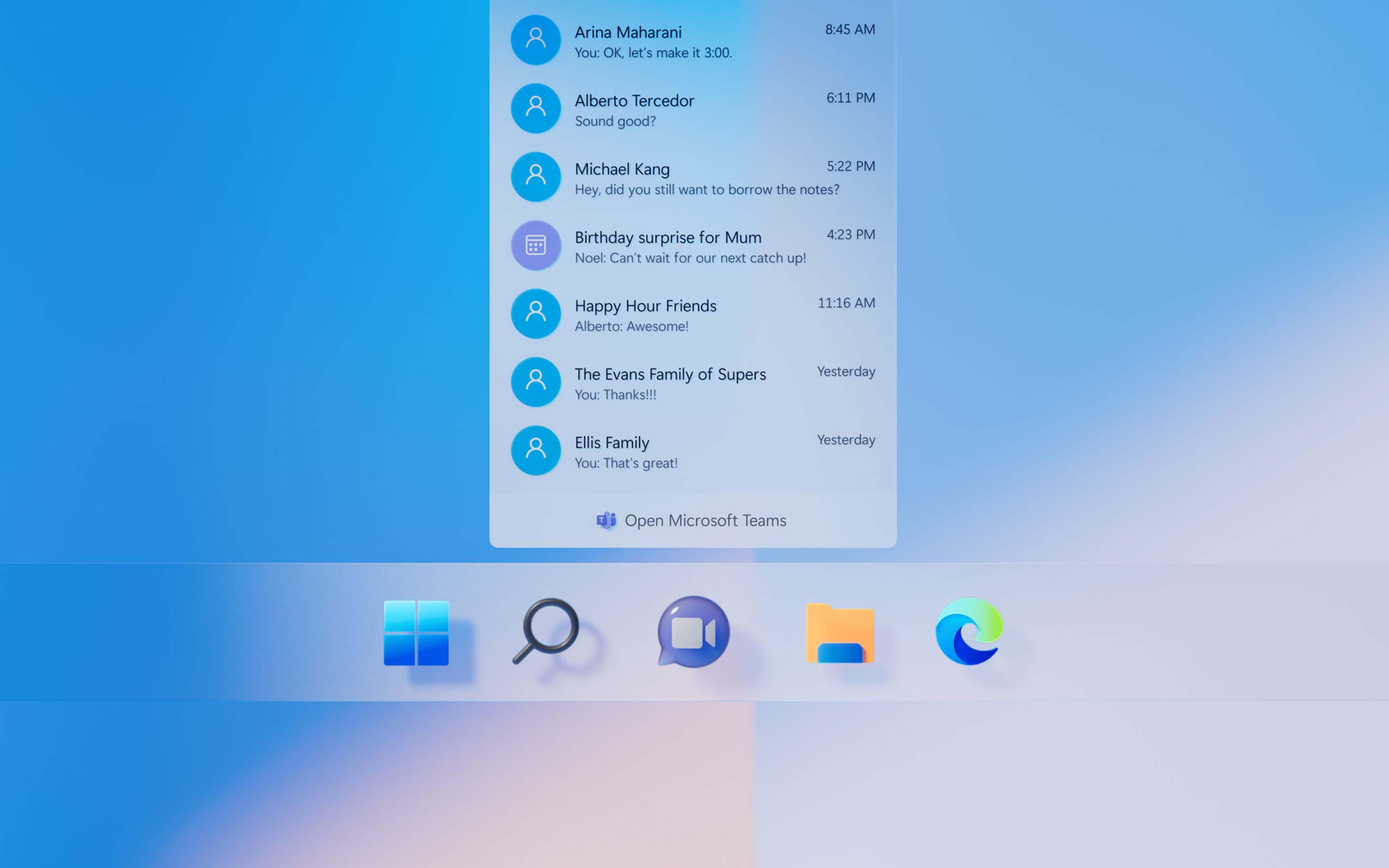 Windows 11 officially released on 5 October 2021, which means anyone with an eligible Windows 10 PC can now upgrade to Windows 11. But before you do that, there’s plenty more to consider as to whether you should do it.

At the time of updating this article, Windows 11 was only available for purchase via two ways. First, by purchasing a new laptop or desktop PC with Windows 11 preinstalled and, second, by purchasing an original equipment manufacturer (OEM) version of Windows 11. The latter option may mean you have to purchase additional computer hardware to qualify for the OEM purchase.

(We’ve reached out to Microsoft for confirmation of pricing and availability, and will update this article when we hear back.)

Like Windows 10, there are two core versions of Windows 11: Home and Pro. The main differences between the two versions is that Pro offers BitLocker device encryption and Windows Information Protection (WIP), whereas the Home version does not. Check out the full list of Windows 11 features in the table below. At the time of updating this article, Windows 11 was only available for purchase via two ways. First, by purchasing a new laptop or desktop PC with Windows 11 preinstalled and, second, by purchasing an original equipment manufacturer (OEM) version of Windows 11. The latter option may mean you have to purchase additional computer hardware to qualify for the OEM purchase.

(We’ve reached out to Microsoft for confirmation of pricing and availability, and will update this article when we hear back.)

And below is how Windows 10 stacks up next to Windows 11 (according to Microsoft’s breakdown).

For what feels like the longest time, Windows operating systems have had a taskbar down the bottom that has a Start button on the left. Not anymore. Windows 11 takes a MacOS-like approach to its position with a Start button in the middle of the screen and apps around it. Initially, this design logic was intended for the cancelled Windows 10X, meant to make the interface easier to navigate for dual-screen devices. It also cleans up the entire tray area, removing the toolbar items in the far right.

Live Tiles are gone in favour of a snapshot view of pinned apps, recently accessed files as well as the option to restart or shutdown. Dark mode is also part of Windows 11 (and it feels incredibly easy on the eyes). The good news is if a Start button in the centre is too much to handle, you can shift it back to the left-hand traditional view. What likely won’t bother Windows traditionalists is that app corners, menus and File Explorer windows have been rounded off in Windows 11 rather than the typical square look of Windows 10.

Apart from that, Windows 11 looks very similar to Windows 10 in a good, familiar way. The only major gripe is how the right-click is handled, both for context-sensitive menus (the menu options are far too limited) and convenience factors, like being able to right-click anywhere on the taskbar in Windows 10 for a big list of options. In Windows 11, you need to right click on the Windows button to do this. 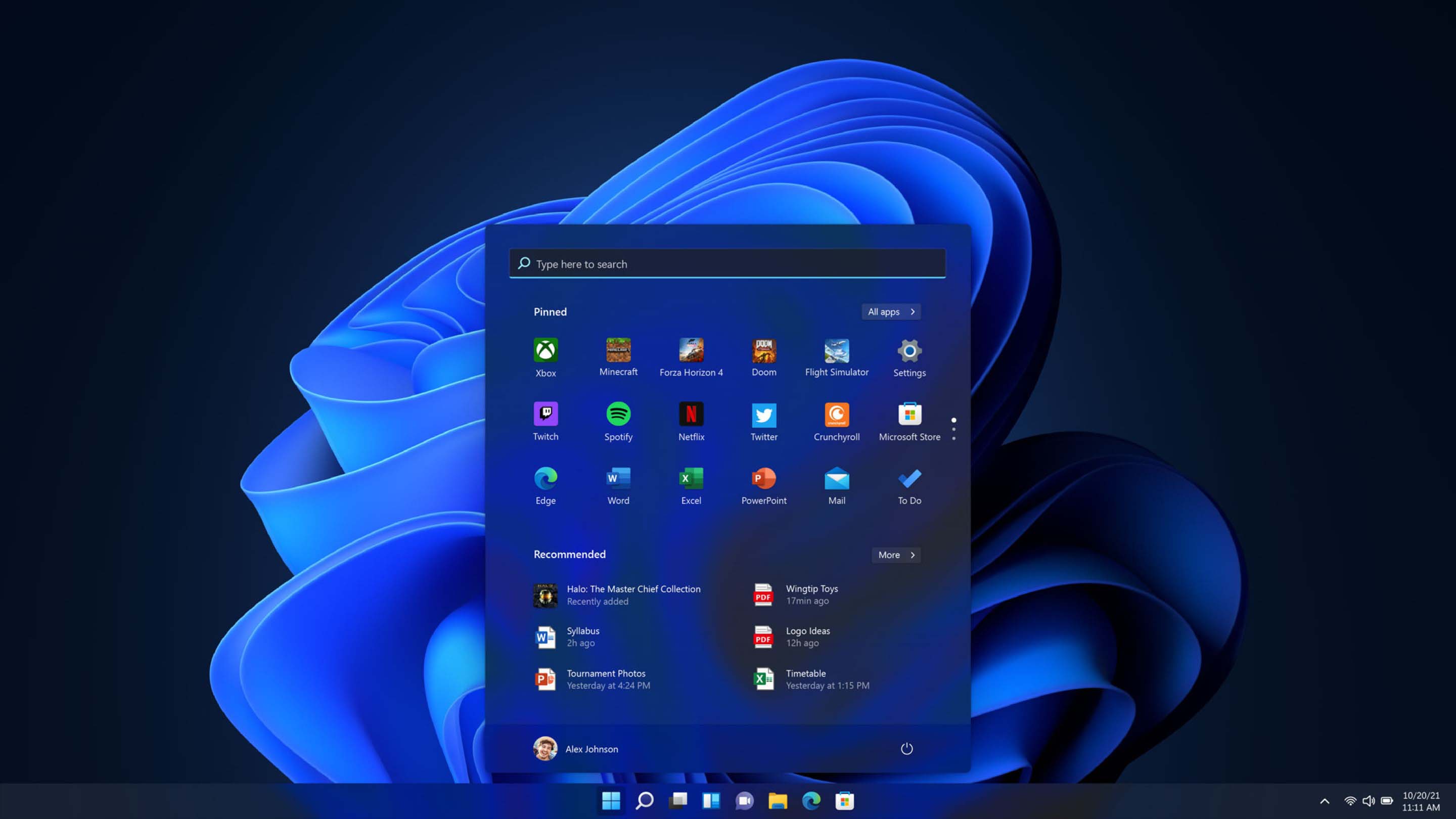 Windows 10 gamers have enjoyed decent OS love care of a bigger focus on games in the Windows Store, the DirectX 12 graphics API (which is capable of some high frame rates), the Xbox Console Companion app for streaming from an in-home Xbox One (or above) console, and the downloadable Xbox app. Windows 11 builds on this for future-focused gamers.

For starters, there’s DirectX 12 Ultimate, which has the potential to make games even prettier with higher frame rates. Meanwhile, DirectStorage is designed to get you into games faster with speedier loading times (as long as you’re playing games from a supported NVMe SSD), while Auto HDR increases colour vividness (for games on DirectX 11 or higher) as long as you have a compatible HDR monitor. This latter point is a step up from the default SDR approach of older versions of Windows.

As you’d hope, Microsoft is continuing its wide-reaching peripheral support for Windows 11, meaning you should safely expect compatibility for your existing gaming headsets, gaming mice, gaming keyboards as well as Xbox Wireless Controllers and beyond.

Unlike Windows 10, the Xbox app is built into Windows 11, so it’s more streamlined and easier to access than before. For those subscribed to Xbox Game Pass for PC or Xbox Game Pass Ultimate, you can access a library of fixed first-party and rotating third-party PC games, some of which can be preloaded months in advance of when a game is releasing.

Xbox Game Pass Ultimate also lets you access Xbox Cloud Gaming via a browser or within the Xbox app, so even an entry-level laptop or desktop can play new releases. Xbox Game Pass still supports cross-play and cross-save for compatible games, meaning you can pick up and play across PC and Xbox devices. 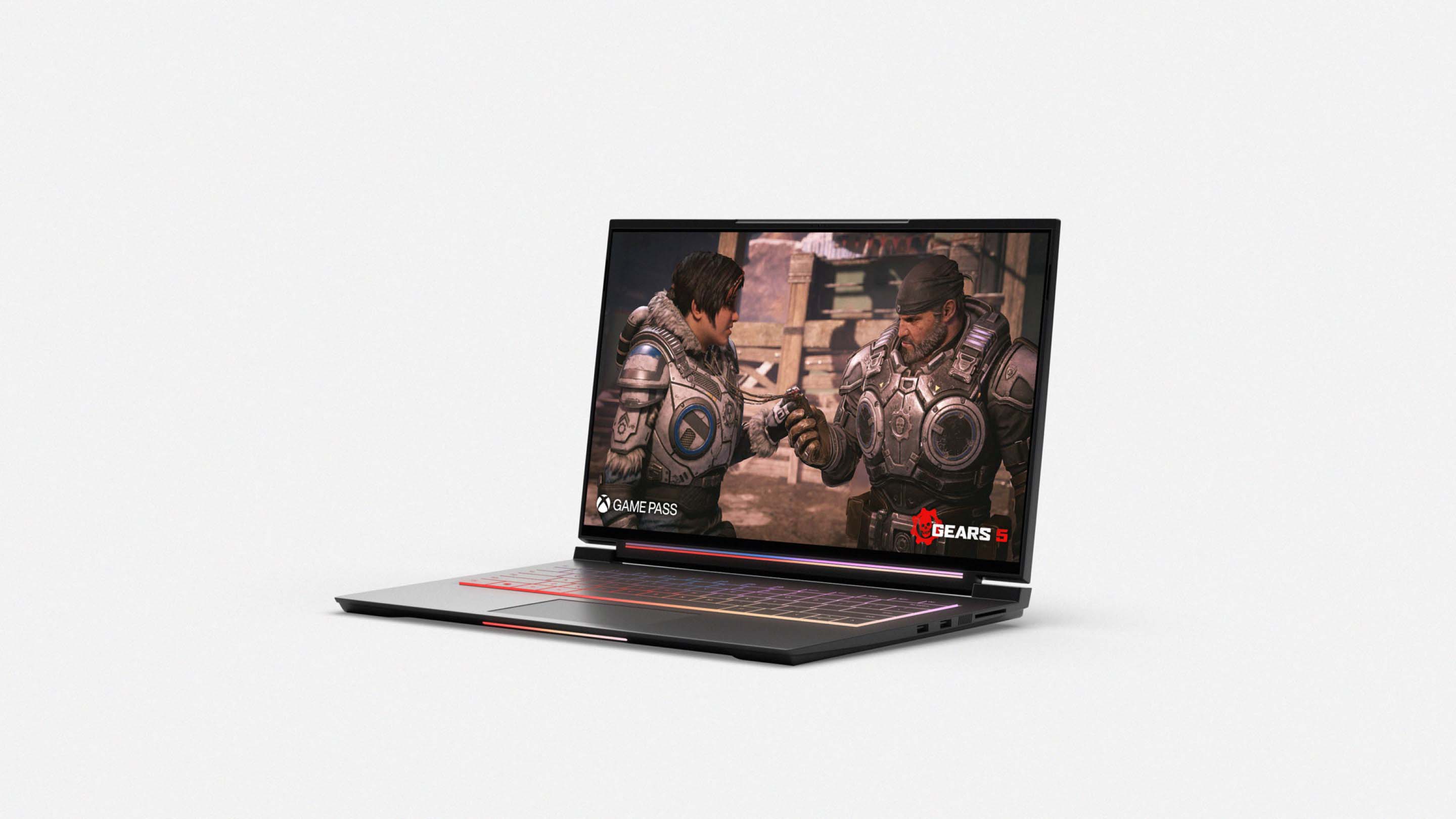 Microsoft is pitching it as a single location for apps, streaming services as well as work, play and productivity tools. The redesign pledge is that it’s easy to use and easy on the eye, and that’s certainly true of my experience. Use it to find more apps than ever (all tested for security and family safety) which, refreshingly, are easier to find. Some of the bigger apps you can find in the Windows 11 Microsoft Store Disney Plus, Visual Studio, Creative Cloud, Zoom and Canva. 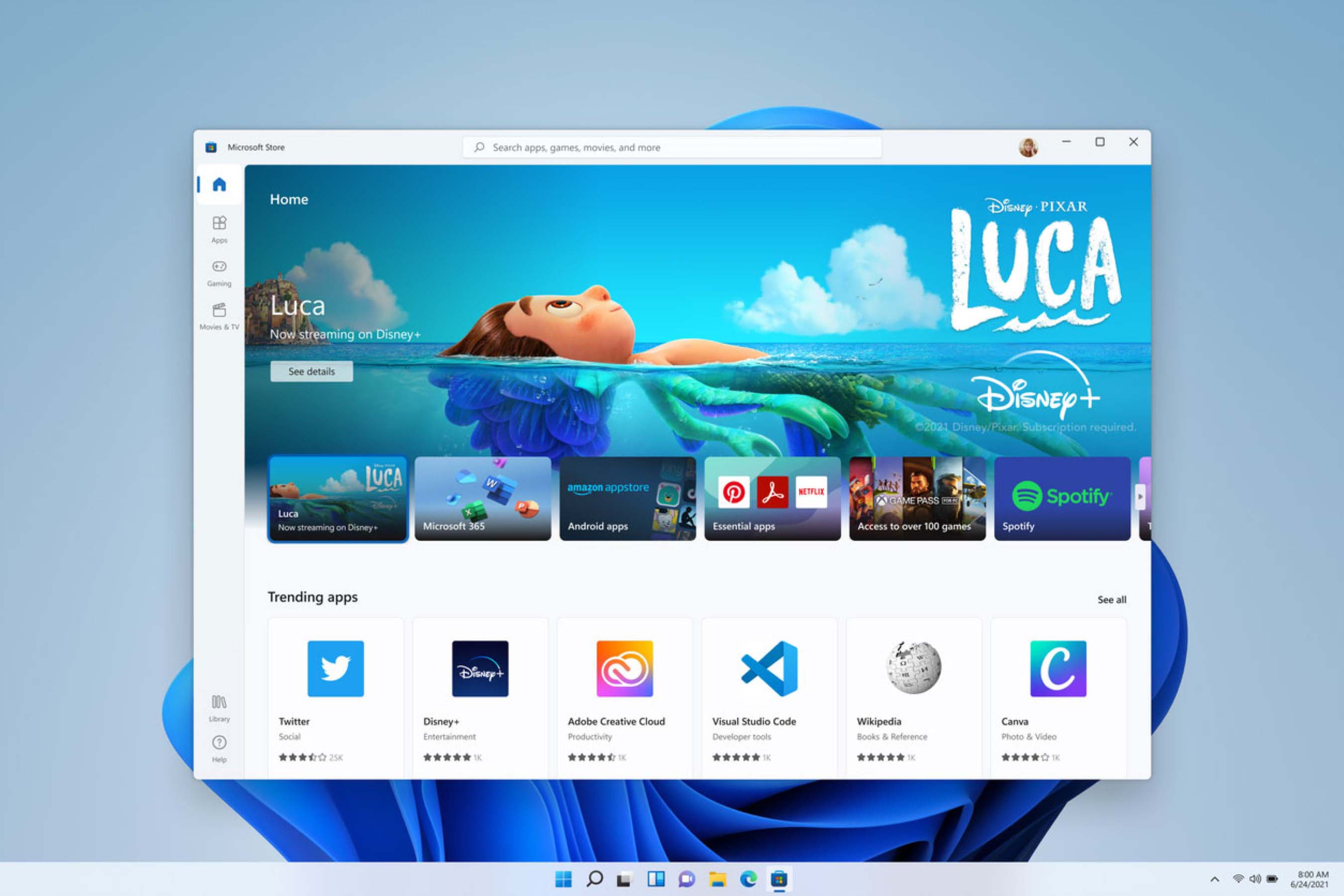 One of the great things about Windows 10 was the offer to upgrade for free from compatible versions of Windows 7 or greater. Despite being free, it still involved an upgrade process that felt more like a fresh installation rather than a straightforward upgrade. That’s more streamlined with the jump between Windows 10 and Windows 11.

Like Windows 10, Windows 11 is a free upgrade for eligible PCs, but that’s restricted to Windows 10 PCs, and the compatibility requirements may be a bit finicky, depending on your device. To check your Windows 10 PC, download the Windows PC Health Check tool, which will then let you check if your computer is Windows 11 compatible (scroll down to the ‘Get Windows 11’ button). For context, my desktop PC has innards that are mostly a few years old with a new Nvidia GeForce RTX 3070 Ti graphics card, and it didn’t initially meet the minimum system requirements for Windows 11.

It was a similar story for my longer-in-the-tooth Dell XPS 13, which also failed eligibility test. Conversely, the recently released Microsoft Surface Laptop 4 received a green compatibility tick, meaning it’s eligible for a free Windows 11 upgrade. The main compatibility requirement holding the XPS 13 and my desktop PC back was TPM 2.0, which needed to be enabled within computer BIOS or firmware updated to pass the test.

For reference, here are the Windows 11 system minimum requirements:

Microsoft has detailed other key feature-specific requirements as well as feature deprecations and removals on the Windows 11 specifications page.

Because Microsoft is doing a tiered Windows 11 update rollout for compatible Windows 10 PCs, keep an eye on Windows Update to see if your device is ready to upgrade. 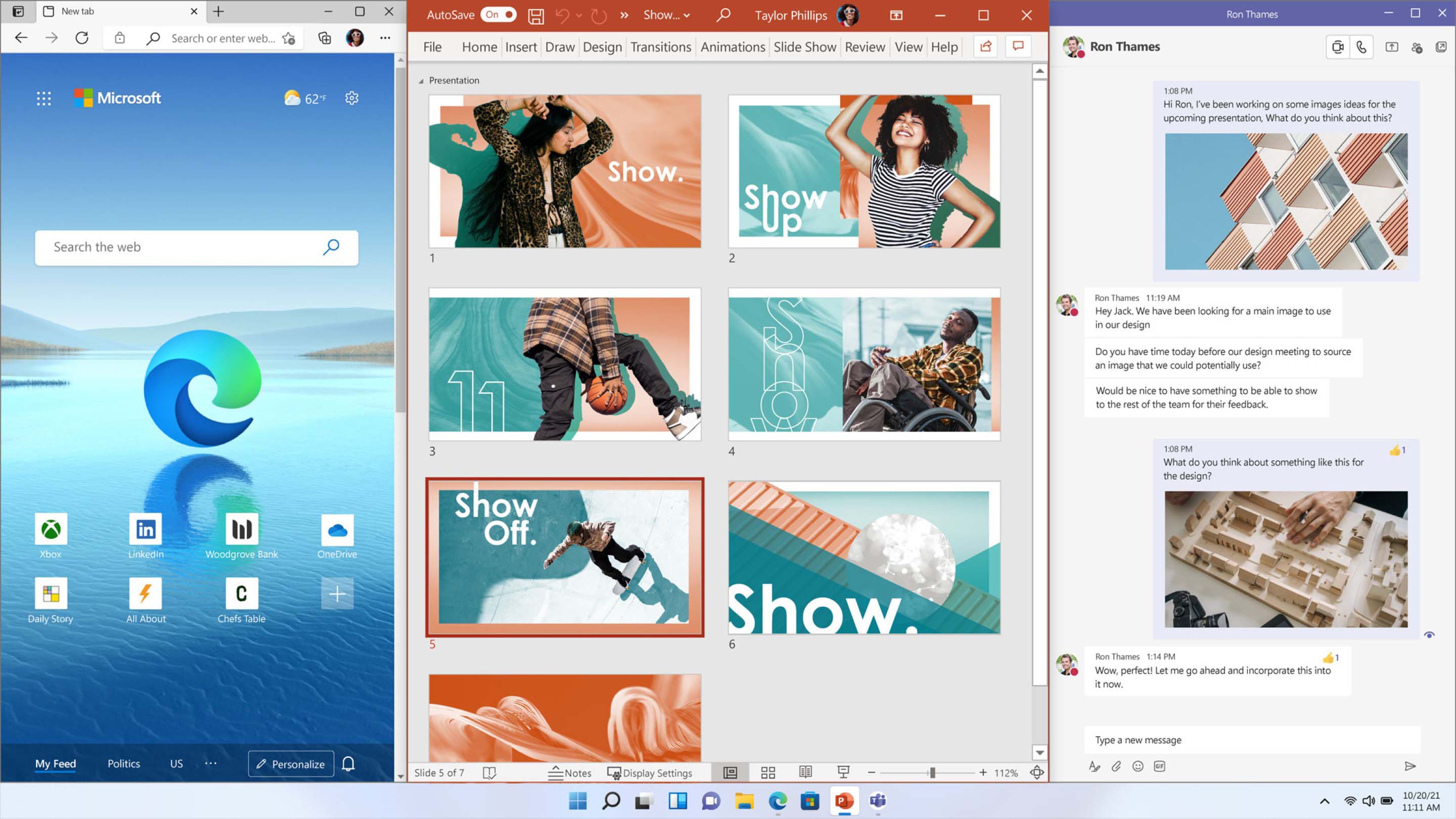 Should I upgrade from Windows 10 to Windows 11?

After a couple of months of testing across a laptop and desktop PC, Windows 11 still isn’t an essential upgrade. That said, it’s been an incredibly smooth launch and I haven’t had any major issues on either device. It took a while to get used to the central Windows button and the absence of time and date info for multiple monitors was annoying (though easily fixed with the ElevenClock app), and I had to revert back to the old right-click menu structure, but everything else just works.

The best part of the Windows 11 upgrade is that it acts more like a major Windows update than a new OS installation. If you are keen, the only thing you really stand to lose is hard drive space, as upgrading to Windows 11 will also retain your Windows 11 installation (in case you change your mind and want to revert). As someone who spends most of his day in front of a Windows 11 computer, Microsoft’s latest OS feels more like a refinement than a top-to-bottom redesign, but the best part is it’s as easy to use for work as it is for play.