While not yet a viable replacement for a dedicated gaming platform, xCloud is a great step forward for showcasing the potential of cloud gaming. 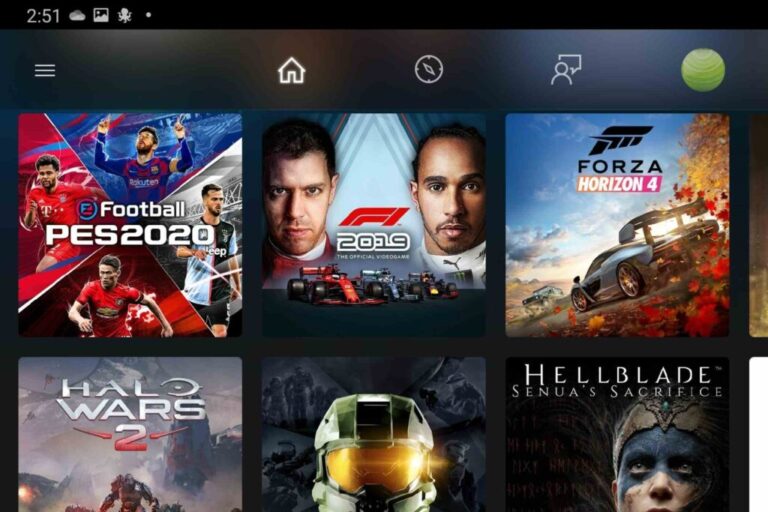 I wasn’t impressed with xCloud at E3 2019, but the tech has improved since then. While it’s not particularly viable for competitive gaming and your device’s screen brightness will determine visibility of darker scenes, the potential is absolutely there. Couple that with the nature of Xbox’s interconnected saves and how well it plays on 4G, and xCloud is definitely worth a taking for a spin.

When it was first announced, the biggest concern I had with xCloud – and any other cloud-gaming service for that matter – is how much latency factors into the experience. While the concept of playing console-fidelity games on a mobile device is an enticing pitch, the latency concerns are fourfold: wireless internet connectivity, Bluetooth latency with the controller, inherent system latency, and then the latency of the technology powering xCloud.

After all, unlike streaming from something like Netflix, player input has to be sent to the server that’s running the game you’re playing, then that input has to be accepted and relayed back to you as quickly as possible so you don’t notice it. It’s even more important because you’re likely looking at a small tablet screen or an even smaller Android smartphone screen.

On the surface, xCloud is an odd pitch in light of Microsoft’s new consoles. Microsoft has just released the Xbox Series X and Xbox Series S: two next-gen consoles that have a big emphasis on low-latency gaming. While that may sound like technical jargon, the lower the latency – whether you’re talking about online, system, controller, or game latency – the smoother and more responsive a game feels, which makes it a better experience for the player.

While latency can never be fully eliminated, it can be mitigated on dedicated gaming devices to the point that it’s negligible. The same cannot be said for cloud gaming, which has a lot of variables that aren’t always easy to control. At home, you can stay in the same spot and use the 5GHz frequency of a compatible router or modem-router. Move too far away from your router, though, and you’re dealing with a 2.4GHz signal, which isn’t ideal.

While out and about, 5G mobile internet is the gold standard for cloud gaming, but it’s not available everywhere. In fairness, my 4G tests of xCloud reaped admirable results in terms of streaming fidelity and responsiveness (there was an ever-so-slight input delay but it was still very playable). Still, how well it will work when on public transport and shifting signal strengths is yet to be seen.

A momentary drop in visual quality is understandable and even preferable, but a loss of responsiveness or the introduction of changing input delays can completely throw your timing and potentially ruin your game experience.

The other catch with cloud gaming is it’s built to play full game experiences rather than games that have been built with the input limitations of a touchscreen device in mind. This means you need to lug a compatible Bluetooth controller around with you and, as the loading text constantly reminds you, ideally one that you can snap to your smartphone so you’re not playing with a phone precariously balanced on your lap.

This is a lot easier to control at home, and easier still when playing on a tablet with a case that allows you to prop up your screen. Most of my xCloud testing was done with an Xbox One S wireless controller, which has Bluetooth support. It’s a great controller, but it’s not one I’d want to carry around to play games while I’m out and about.

In terms of data usage, Telstra estimates (via Kotaku) that xCloud uses between 2.5GB and 3.5GB every hour, which means you’re going to want a phone plan with plenty of data if xCloud is something you plan on using regularly with mobile data.

To Microsoft’s credit, there’s a range of games to showcase the tech, some of which play better than others. Bloodstained: Curse of the Moon for instance, is a retro-style game that doesn’t have to worry about looking good, and it feels great in terms of responsiveness. On the other end of the spectrum, Forza Horizon 4 is a show-stopper when it’s firing on all cylinders, but the high-speed nature of the gameplay means you’ll notice momentary streaming hiccups.

The millisecond music skips are the cue that something ain’t right, but there’s also a feeling that you have to anticipate steering rather than react to what the road is doing. And Gears 5 has what amounts to an inbuilt latency tester care of the active-reload system. For those unaware, the Gears games have a tradition of letting you press the reload button once for a regular reload, but then you can tap reload again for an active reload.

With perfect timing, you get extra bullet damage. With imperfect timing, you get a faster reload. With botched timing, your gun jams and the reload takes even longer. It’s a fantastic risk/reward gameplay system, but also one that’s sensitive to input delays. You absolutely need to anticipate an active reload when playing Gears 5 via xCloud, which will mess with your muscle memory if you’re shifting from console or PC to xCloud.

And while that’s frustrating for an example like Gears 5, it also helps to underscore the true potential of xCloud: playing the games you love on a variety of platforms. As long as you’re signed into the same Xbox account and have an Xbox Game Pass Ultimate subscription, you can feasibly start playing a game on Windows 10 PC, continue on an Xbox Series X connected to your main 4K TV, pick up where you left off on an Xbox One connected to another screen in a bedroom or spare room, then keep going via xCloud when you’re out and about on an Android device.

While xCloud isn’t yet particularly viable for competitive multiplayer, the prospect of being able to play across a wider range of platforms is definitely appealing. Sticking to games you’re already playing also means you ditch the obligatory initial game cutscenes (which are sometimes frustratingly unskippable), and the main waiting time then is the 30-odd seconds it takes for xCloud to load the game.

Is xCloud worth it?

Billed as a separate service, xCloud would have a lot more disclaimers. But as part of an Xbox Game Pass Ultimate subscription ($176.45 for the first year), you’re basically obligated to try it out of curiosity if you have a compatible Android device. I’d still like to see the option for a proper controller menu – you currently have to tap the screen to quit a game – and it’d be great to have some bandwidth settings to tweak frame rate and fidelity preferences.

It’s reportedly streaming at a fixed 30 frames per second and 720p resolution on Xbox One S hardware, but that will likely change as Microsoft upgrades to Xbox Series X streaming hardware in 2021. Higher frame rates should make it feel even more responsive while a resolution bump will help (at least a bit) with visibility in darker areas.

Still, xCloud is designed to get you up and gaming in a tap and a few button presses, and it achieves that admirably. Overall brightness is a concern, as default settings (even adaptive ones) can leave you struggling to see details in shadows on a smaller screen – and turning up the brightness means a bigger battery drain – but xCloud in preview form has shown its potential as a complementary gaming companion.

Assuming Microsoft’s purchase of Bethesda is approved, the prospect of uniting Bethesda’s low-latency Orion middleware with xCloud should lead to even lower-latency gaming that uses even less bandwidth. If anything, xCloud has shown that cloud gaming can absolutely work in Australia (at least in places close to Microsoft’s cloud server infrastructure).