A timely reminder of just how far Google’s ambition to displace the Windows and MacOS ecosystems has come. 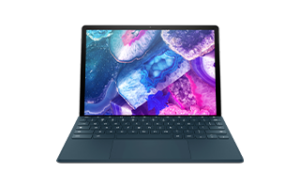 If you’re looking at picking up HP’s Chromebook x2 11 as your next portable 2-in-1 PC, chances are you’re either already a convert when it comes to Chromebooks. Either that, or you’re right on the precipice of becoming one.

In any case, the HP Chromebook x2 11 is a timely reminder of just how far Google’s ambition to displace the Windows and MacOS ecosystems has come. Unfortunately, it also highlights how much ground yet remains.

A premium price erodes some of the affordability that usually comes with buying a Chromebooks, while little has been done to tackle the usual weaknesses of Google’s bid to upset the Apple-Microsoft duopoly.

Our verdict on the HP Chromebook x2 11

The HP Chromebook x2 11 is designed to get the most out of what ChromeOS is right now, rather than deliver what those who see it as a Windows-killer want or envision it could become tomorrow. It doesn’t magically resolve any of the usual shortcomings that come part-and-parcel with ChromeOS, but it does leverage solid specs and design smarts to elevate the areas where Google’s operating system typically shines.

If you’re already sold on ChromeOS and would prefer a detachable tablet to a traditional clamshell, the HP Chromebook x2 11 feels like the obvious choice. 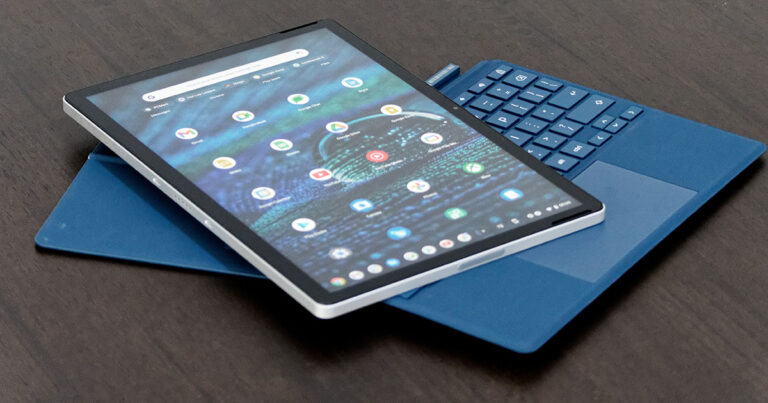 The HP Chromebook x2 11 comes in a rectangular box that contains the device itself, plus a 45W USB Type-C power adapter and a detachable keyboard and kickstand.

When it comes to design, the HP Chromebook x2 11 zig where the past of the pack tends to zag. The 2-in-1’s bigger inspirations are hardly subtle, but a willingness to embrace a more premium strain material design gives it a flavor that sets it apart from many of the other options.

The screen is something of a centerpiece here. With 2.5K resolution, it isn’t quite as nice to behold as one of Apple’s fancier iPads with their OLED panels, but it’s plenty nice for the price.

Held horizontally, all the ports and buttons that you’re going to be relying on with any regularity can be found on the left-most edge of the device. Portwise, the HP Chromebook x2 11 has more to offer than most tablets of this class typically do. All the same, with two USB Type-C inputs, you’re hardly spoiled for choice once you factor in the charger. 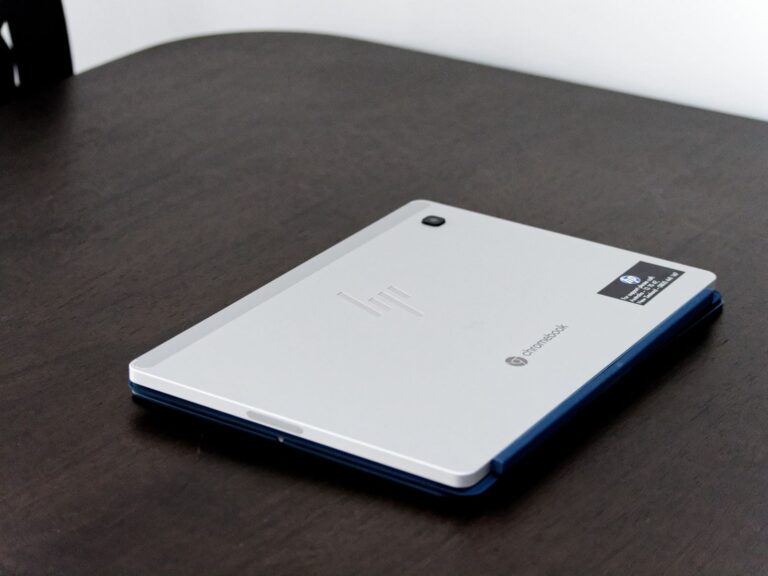 As with Microsoft’s house-brand tablet PCs, the appeal of the HP Chromebook x2 11 isn’t what it offers on its own, but in the ease with which it can be modified to match your needs.

The bundled keyboard and kickstand accessory mean that you can use the HP Chromebook x2 11 as either a tablet or a more traditional portable PC. If you’re looking to use it as a deskbound or cafe-friendly workhorse, you simply need to snap on the relevant accessory and you’re good to go. If you want to use it to consume content on the go, it only takes a second to subtract those same add-ons and go pure tablet.

This kind of flexibility isn’t something you’ll use all the time, but it’s usually something to be happy about when you do need it. It’s also something you might not find with more conventional or rigid Chromebooks.

Unfortunately, despite the ambitiously versatile design, the HP Chromebook x2 11 largely serves up most of the same pros and cons as cheaper Chromebooks do. It only runs ChromeOS (or Android) apps, you’re working with a scant 128GB of on-board storage and just 8GB of RAM. There’s a chance your smartphone might be rocking beefier specs than this thing.

In addition, the build quality on the keyboard attachment doesn’t quite live up to the rest of the package. It’s large enough, but it can’t escape the flimsy feeling that often comes hand-in-hand with detachable form-actors.It’ll work in a pinch, but it doesn’t take long for it to feel gimmicky. 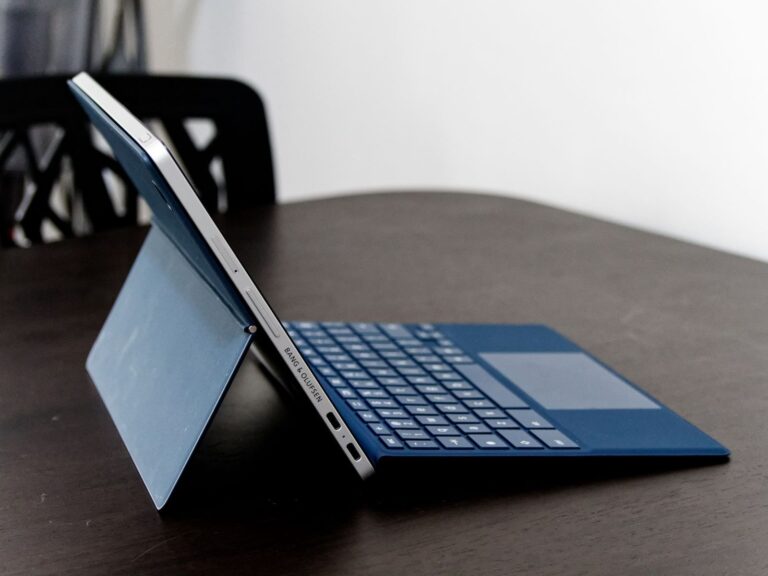 Relying on this setup during a recent trip away from home, I found I had even less patience for the trackpad - which felt just plain bad to use.

The Bang & Olufsen speakers on the HP Chromebook x2 11 are also something of a misfire. At the very least, they fail to live up to the hype that the brand brings to the table. They sounded fine, but they struggled to compete with other ambient noise even at max volume.

That being said, it’s still the case that a premium Chromebook like this one costs about as much as a mid-tier or even budget–friendly Windows machine does. Even once you factor in those shortcomings, HP’s latest Chromebook likely comes ahead when it comes to packing in features and giving you plenty of bang-for-your-buck.

Of course, that argument does rest on one crucial detail that’s going to vary wildly from person to person: whether or not ChromeOS can offer you everything you need or hold you back.

The baseline specs for the HP Chromebook x2 11 are as follows.

On-par with a decent, though not exceptional, Android tablet

The question of performance when it comes to Chromebooks is inevitably a tricky one to tackle.

The short version is that the HP Chromebook x2 rarely impressed me with its speed and responsiveness when it came to juggling apps and browser tabs. It wasn’t plagued by hitches or anything, but the realities of the software and hardware here often served to steer me away from situations where the device’s shortcomings might make themselves known.

The 11-inch display feels a little too cramped for multitasking, so I didn’t. Most Android apps aren’t optimized for a mouse and keyboard, which means you have to interact with them via the touchscreen. Games and video content looked good, but the larger form-factor made holding and using the HP Chromebook x2 11 as I would my iPad a little less viable over longer stretches.

Overall, the performance here felt on-par with a decent, though not exceptional, Android tablet.

For that reason, the HP Chromebook x2 11 is going to struggle when it comes to heavier workloads or more demanding software like games. Then again, ChromeOS itself doesn’t usually support those kinds of applications to begin with. A lack of graphical grunt isn’t holding back the version of Photoshop available on the HP Chromebook x2 11 nearly as much as the fact that it is a more limited version of the original application to begin with.

When you’re at the stage where you’re looking at buying any Chromebook, you’re likely already thinking about whether or not your daily workflow can fit within these limitations. If it can, then the relative advantages or disadvantages of a Chromebook running on an ARM chipset like the Snapdragon 7C or something closer to x86 architecture don’t really matter as much as they would in a Windows or MacOS context.

That said, it’s unfortunate that the usual advantages that come with such a hardware choice don’t hit as hard this time around.

Burned down via streaming video content on YouTube, the 32Wh battery inside the HP Chromebook x2 11 lasted 7 hours and 42 minutes. 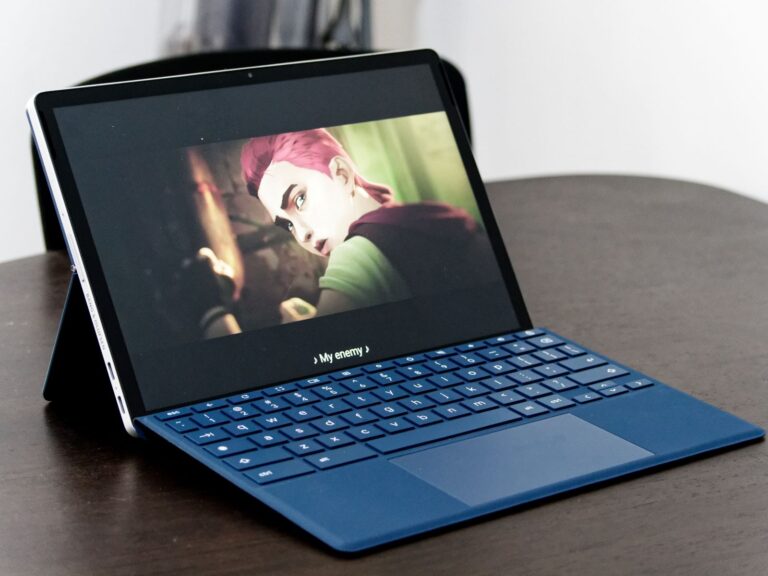 Given that HP themselves tout a battery life of around 11 hours, this is something of a disappointing result. I found that the device fared a little better when it came to infrequent regular usage, but I wouldn’t say I was particularly impressed on the whole by the battery-life benefits of the hardware choices made by HP.

It doesn’t help that the broader advantages that ChromeOS typically enjoy when it comes to battery life have been largely eroded by improvements among Windows and MacOS PCs in recent years. It used to be the case that a device running ChromeOS could consistently offer fast boot times and better battery life than the alternative. Nowadays, that’s not always the case - and the argument for the HP Chromebook x2 11 sometimes feels a little hamstrung by that reality.

Is the HP Chromebook x2 11 worth the price? 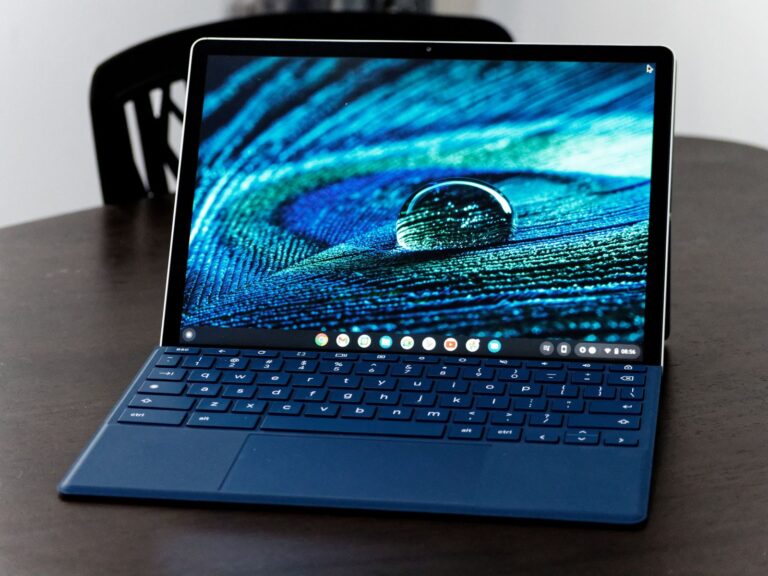 Premium parts can only do so much to hide familiar faults. When it’s not preaching to the converted, the HP Chromebook x2 11 feels primed to make those already considering jumping into the world of Chromebooks more willing to pull the trigger. If you’re going to buy a Chromebook anyway, there’s plenty to like about this particular one.

If you’re already looking at spending this much money on your next PC, you probably aren’t looking to run Cyberpunk 2077 on it.

$999 might not get you everything, but if you’re happy to work within the lines of what Chromebooks are good at and steer clear of the things they’re bad at, then the HP Chromebook x2 11 may do exactly what you need it to at a competitive price. If your daily workflow can play nice with the Google ecosystem, then there’s a good chance it will work with ChromeOS.

Unfortunately, that argument probably won’t land as convincingly for those who aren’t already on the ledge. For them, HP Chromebook x2 11’s attachment to the usual compromises may leave it feeling like more of a tired bargain than a faustian one.