A 2-in-1 laptop that screams practicality. 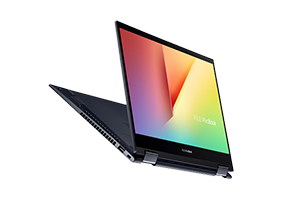 If you're after a 2-in-1 laptop on a budget, the ASUS VivoBook Flip 14 touts compelling specs and cutting edge design without costing a fortune. For a certain class of 2-in-1 shopper, that’s a combination that wins out every time.

The latest ASUS VivoBook Flip 14 is light on luxuries but big on value. It harnesses most of the benefits of a 2-in-1 form-factor and cuts down on the drawbacks where it matters. It’s not as pretty or portable as some other options, but it’s every bit as capable and a fair bit more affordable. 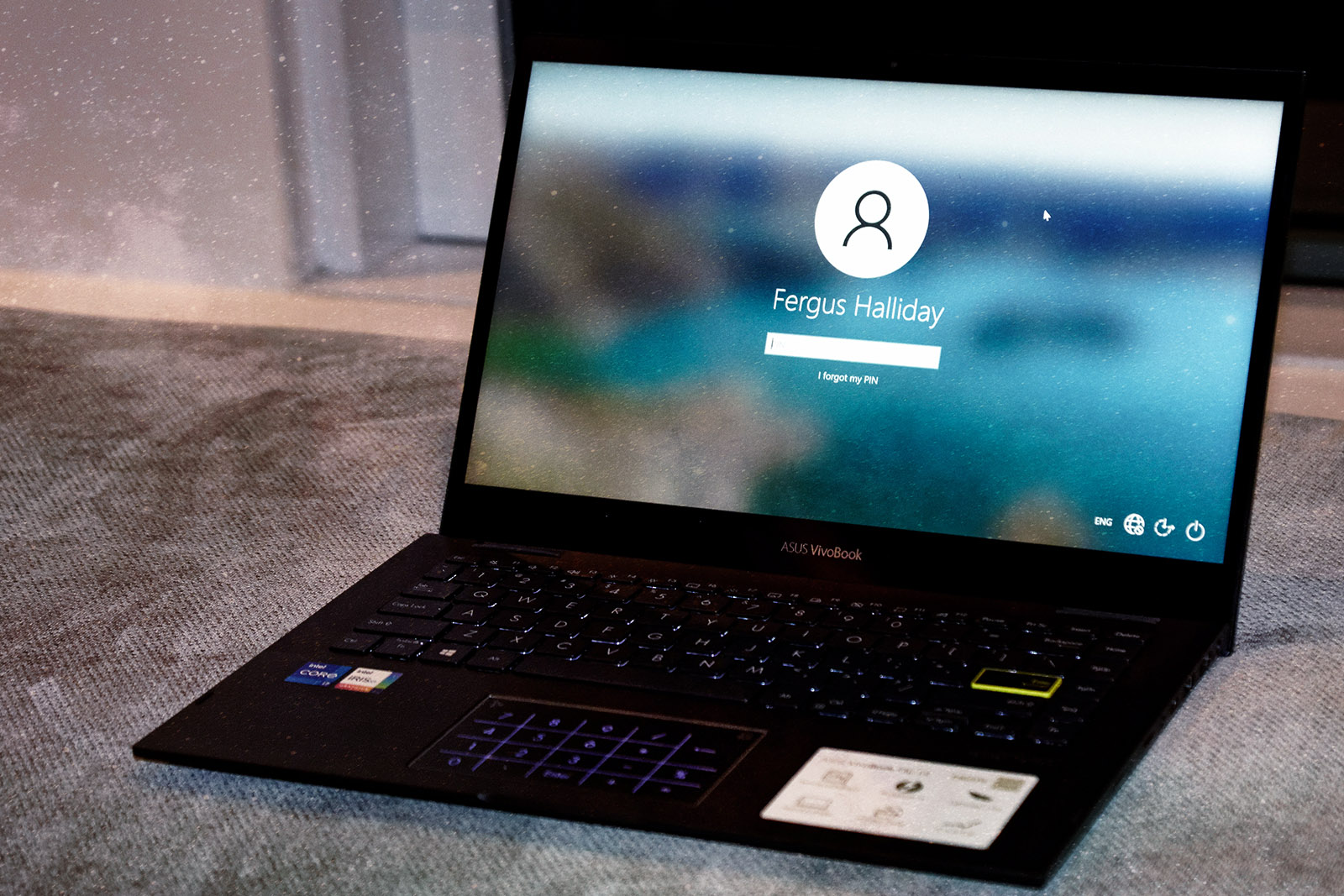 Many retailers are still stocking the 2020 version of the ASUS VivoBook Flip 14, it features 10th Gen Intel Core processor hardware rather than the most recent 11th Gen processors but is otherwise identical to the model covered by this review. If you’re looking to save some cash, this may be a good option to consider.

In addition to the laptop itself, the packaging for the ASUS VivoBook Flip 14 includes an AC-DC charging brick and power cable plus a ASUS Pen stylus and stylus pen holder.

You also get a handful of stickers - hooray! 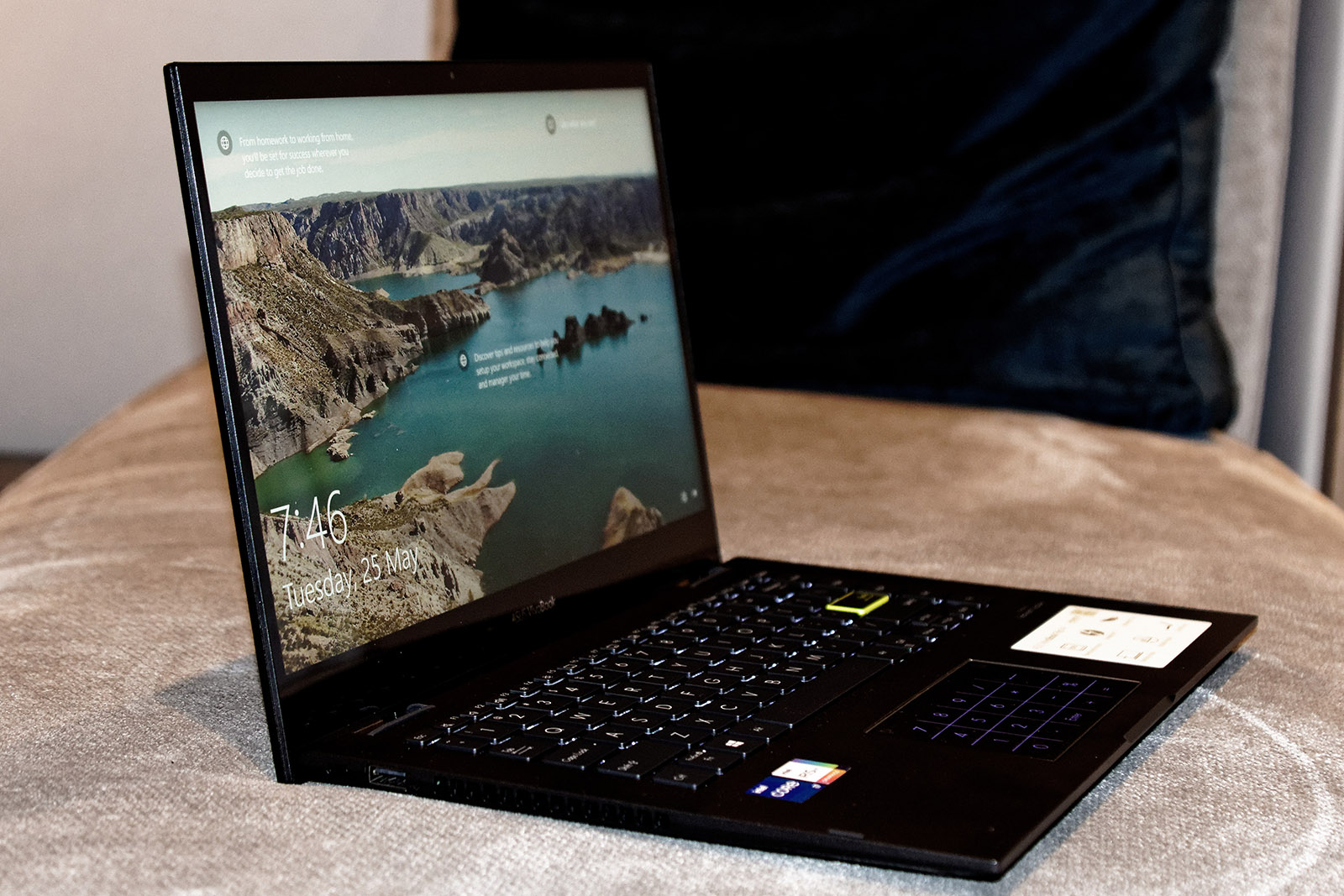 As the name might suggest, ASUS’ VivoBook Flip 14 is a convertible 2-in-1 PC built around a 14-inch display.

You can’t detach the keyboard as you can with machines such as the Microsoft Surface Pro 7, but you can flip it around to the reverse side. This means you can use it as a pseudo-tablet in a pinch.

On the iPad-to-Alienware scale, the VivoBook Flip 14 sits a little closer to the latter than the former. It’s slim enough that you can stuff in a bag, but there’s a heftiness here you won’t get with thin and light laptops like the new MacBook Air or Samsung’s Galaxy Book S. It’s lighter than some other options but not quite as lightweight as it could be.

Of course, what you lose in portability, you gain in performance and capability. The VivoBook Flip 14 might not have the premium flair of ASUS’ ZenBook line, but it does give you a lot to work with here in terms of ports, performance and potential. You get the latest in 11th Gen Intel Core processors, Intel’s new Xe Iris integrated graphics and up to 1 TB of SSD storage. 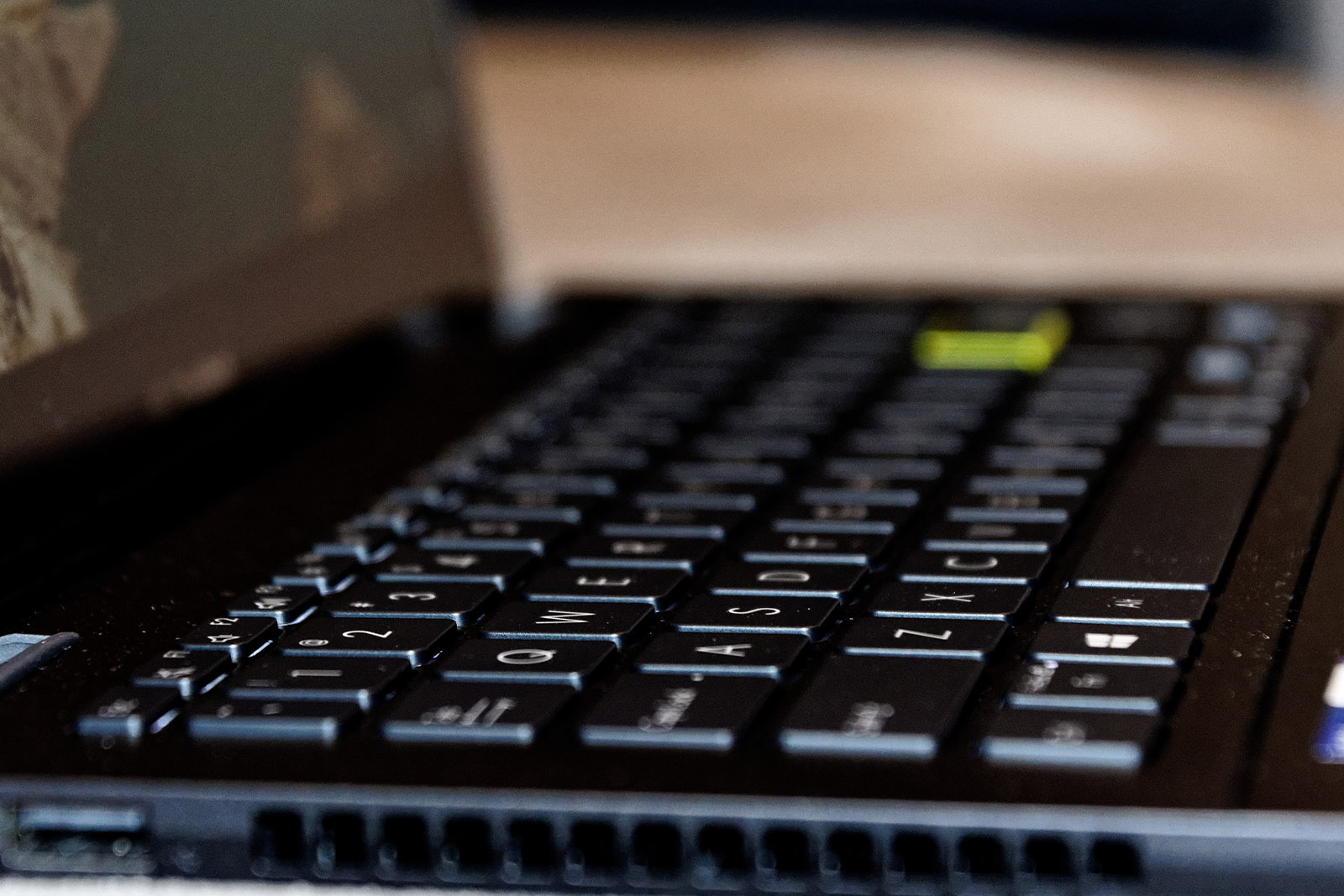 The whole affair is built around a 14-inch FHD touchscreen display. Even if it’s only 1080p, the screen on the ASUS VivoBook Flip 14 manages to do the trick when it comes to everyday usage. It’s got 100% sRGB colour accuracy and thin “NanoEdge” bezels that leave it with a modestly impressive 82% screen to body ratio.

ASUS says the 360-degree hinge on the VivoBook Flip 14 has undergone a 20,000 cycle durability test. The hinge also incorporates the same ergo-lift design you’ll find in other ASUS laptops, which translates into superior thermal management and a more comfortable screen viewing angles.

The other hardware-based get here comes in the form of Harman Kardon speakers. Compared to the speakers on an iPad or a laptop like the Samsung Galaxy Book, the speakers on the VivoBook Flip 14 sounded a little more rounded. The difference isn’t huge, but it’s still a nice bonus on a machine at this price point.

Alongside a tactile keyboard with 1.8 mm of press, the VivoBook Flip 14 also comes enhanced by ASUS’ NumberPad 2.0 tech. Tapping the touchpad icon on the trackpad will enable this feature, temporarily turning the trackpad on the convertible into a digital number pad when needed.

Last but not least, the ASUS VivoBook Flip 14 comes bundled with the ASUS Pen Stylus. This accessory works with the 2-in-1 right out of the box and touts 1024 levels of pressure sensitivity plus 10 months of battery life per charge. 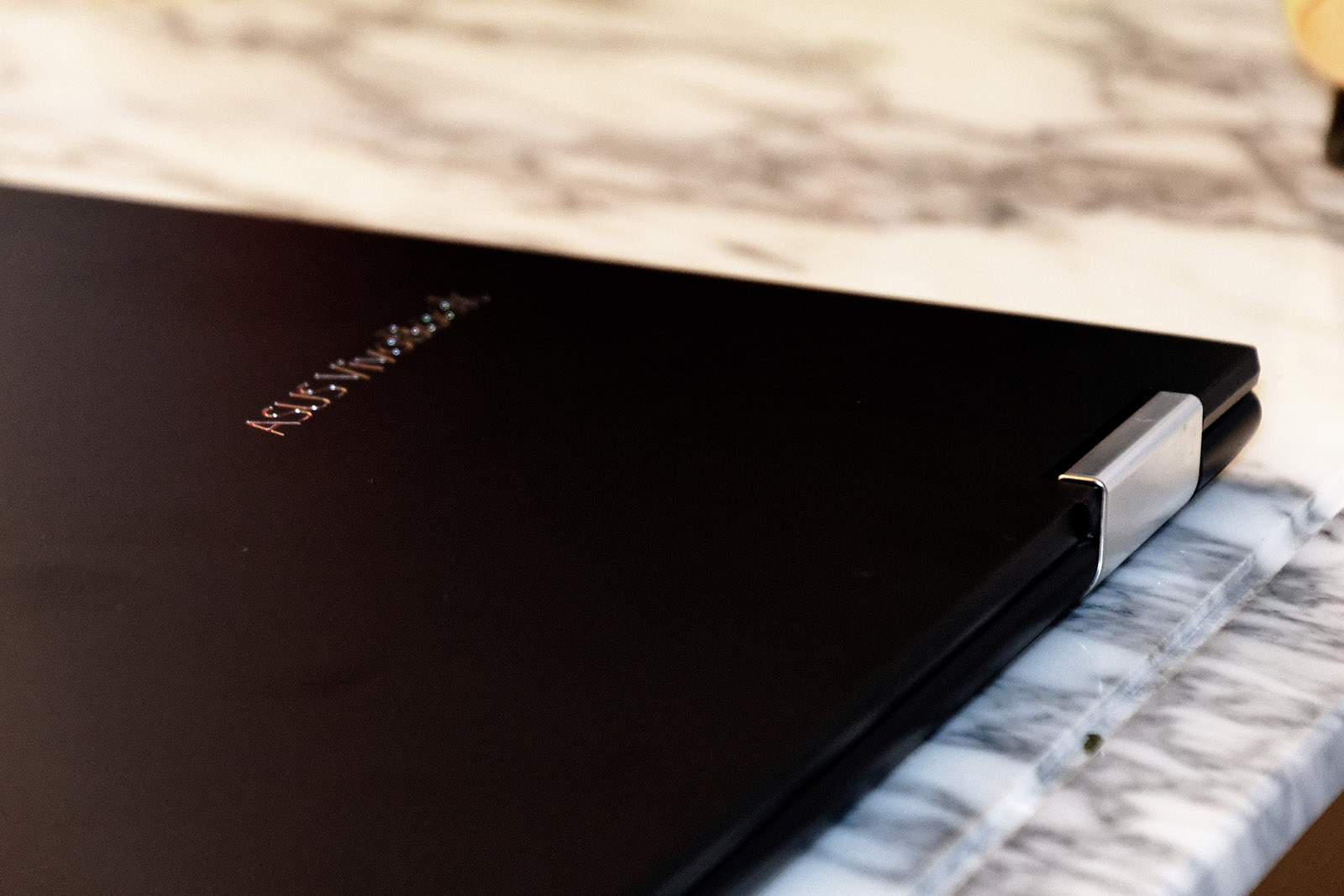 The specs for the ASUS VivoBook Flip 14 are as follows: 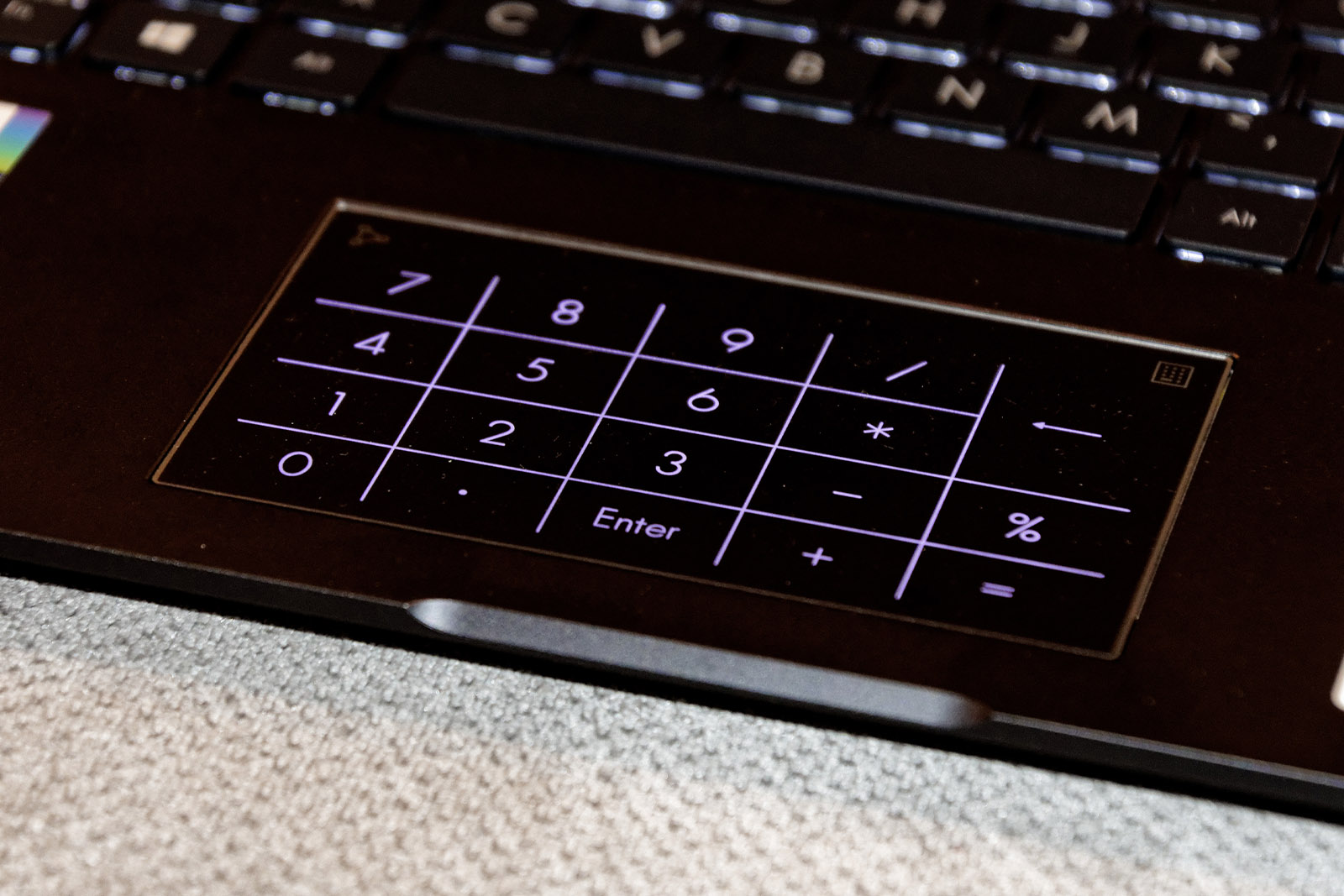 In terms of performance, the ASUS VivoBook Flip 14 features a lot of the same hardware you’ll find in most 2-in-1 laptop PCs. Specs aren’t everything but the Intel Core i7-1165G7 processor here is the same one you can find in fare like Dell’s new Inspiron 2-in-1 laptop and the latest HP Envy x360.

Our testing involved the version of the machine that runs on Intel’s latest Core i7 processors. However, there’s also a version of the VivoBook Flip 14 that opts for the AMD’s Ryzen processors that looks like a promising alternative.

Burned down via streaming video content on YouTube, the 42Whr battery inside the ASUS VivoBook Flip 14 lasted 6 hours and 12 minutes.

Although it comes bundled with an AC-DC power brick that lets you fast-charge the VivoBook Flip 14 from 0 to 60 per cent in under an hour, the ASUS VivoBook Flip 14 also supports charging via the Thunderbolt 4-grade USB Type-C port on the right-most edge of the machi

Conclusion: Is the VivoBook Flip 14 worth the price?

Every part of the VivoBook Flip 14 screams practicality. It ticks all the boxes you’d want a convertible to tick but leans towards giving you more instead of less. There are ports on this unit that you won’t find on more pricey or premium convertibles. It’s less of a showpiece PC and more interested in giving you the tools to get the job done.

The ASUS VivoBook Flip 14 isn't pushing boundaries, but it is a clear master of its own domain