The best mobile providers in Australia

While there are ‘only’ three mobile networks in Australia, we’re not short of telcos that use those networks. There are dozens of telcos, and we track more than 30 in our comparison engine across SIM Only and Prepaid plan types.

But with hundreds of plans from those telcos, it’s tricky to pick just one overall. That’s why we’ve used meaningful categories outside of our top pick—cheap, coverage, speed and data—to help guide your next telco provider if you’re in the market for someone new.

We’ll get into the nitty-gritty of each of the best mobile providers below. But first, here’s a quick look at how each provider’s plans compare. To provide an easy comparison, we’ve chosen plans across SIM Only and Prepaid (where available) with at least 10GB of data.

Woolworths Mobile is a great all-rounder when it comes to most key metrics. In terms of coverage, this telco operates on the Telstra wholesale network, which is second only in reach to the main Telstra network used by Telstra and Boost Mobile. There are SIM Only and Prepaid options depending on preferences, and there are loads of perks.

For alternatives, you’d have to jump around between providers. Either Telstra or Boost Mobile for coverage, Optus for perks and Vodafone for data-related benefits.

Below is a daily updating list of some of the most popular SIM Only and Prepaid plans from Woolworths Mobile, Telstra, Boost Mobile, Optus and Vodafone. 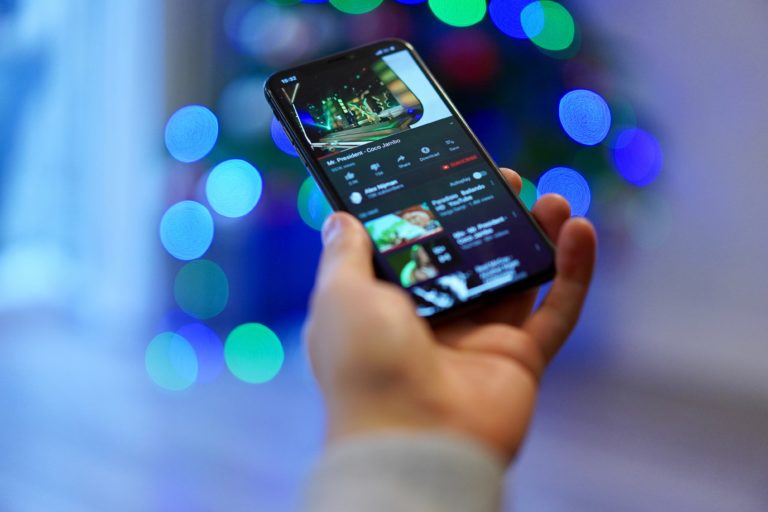 The ultimate guide to choosing a mobile plan

The reality is, when you start to look at the best cheap mobile providers and their plans, you’re not going to find plans with lots of perks. Still, Moose Mobile does sporadically offer a gift-card promotion. The real appeal, though, is if you’re after great dollar-for-data value and competitive first-year pricing, it’s worth looking at a Moose Mobile Plan.

Sure, Moose’s plans are limited to SIM Only options, but 12 months of discounted pricing is great for a decent chunk of data on the Optus 4G network. Admittedly, the dollar-for-data value does drop after the first year, but Moose’s cheaper plans are regular winners and contenders for our cheaper category SIM Only monthly picks.

For cheap SIM Only alternatives, consider plans from Circles.Life (particularly during specials and flash sales) or the regular six-month discounts from iiNet, Internode and Spintel. Below is a daily updating list of popular SIM Only plans from these providers.

If you want the best mobile coverage in Australia, you want to be on the main Telstra network. Unfortunately, that limits dozens of telco choices to two: Telstra or Boost Mobile. You can go with Telstra, but you’ll find better dollar-for-dollar value from Boost Mobile. The catch is you’ll have to be okay with a Prepaid mobile plan.

Additionally, Boost Mobile follows that somewhat frustrating trend of 28-day recharge cycles instead of 30 days or a month, so expect to pay extra for monthly prepaid recharges. Still, Boost tends to offer bonus data for the first three recharges, plus there are international call inclusions. For the best overall value, opt for a Boost Mobile 12-month long-expiry Prepaid plan.

Outside of Telstra, it’s also worth considering plans on the Optus network, whose coverage reach is only a few fractions of a percent behind the Telstra wholesale network. In the same breath, Vodafone may have the smallest network in Australia, but it’s a great value choice where coverage is available for the vast majority of the population.

Below is a daily updating list of popular Prepaid plans from our database with at least 10GB of data.

If you want loads of data, it’s worth having a look at Vodafone’s list of plans. The cheapest Prepaid option (admittedly, a starter pack) costs just over $10 for 15GB of base data and 25GB of bonus data. While there aren’t any budget SIM Only plans and the dollar-to-data value isn’t great for Vodafone’s cheapest SIM Only plan, you do have limitless data care of 2Mbps post-cap speeds.

That’s not the best, but if you pay for pricier plans, that jumps to a respectable 10Mbps. Even paying a few bucks more a month than the cheapest SIM Only plan means more than 100GB of data. From there, Vodafone’s data-cap leaps up in hundreds of gigabytes thanks to huge helpings of bonus data. And if you’re the kind of mobile user who wants no data cap, Vodafone offers an unlimited max-speed data plan. It’s also great that all Vodafone plans include access to the Vodafone 5G network.

In terms of competition, Optus has a 500GB 5G plan, but that’s typically pricier than Vodafone’s unlimited data plan. Telstra, too, has introduced a 300GB plan but it’s comparatively pricy. Long-expiry plans from Kogan Mobile and Lebara Mobile offer plenty of data, while Felix Mobile’s only plan also offers unlimited data (albeit capped at 20Mbps).

For comparison, check out this daily updating list of popular SIM Only and Prepaid plans from our database that have at least 100GB of data.

If you want speed, you want Telstra. Not only does Telstra have the largest 4G and 5G networks in Australia, it tends to have the fastest 4G and 5G network speeds in Australia. According to Opensignal, Telstra had a clear lead over Vodafone and Optus for 4G speeds (48Mbps vs 39Mbps vs 37Mbps, respectively). And the 2021 tests from our sister site WhistleOut show that Telstra had the edge for download speeds and was just behind Optus for upload speeds (which are less important than download speeds for most internet tasks).

While Telstra plans don’t tend to have the best dollar-for-data value, that lack of data-cap breathing space is curbed by no excess data charges. If you go over your SIM Only cap, speeds are slowed to 1.5Mbps for the rest of the billing cycle. Telstra recently rejigged its entry-level SIM Only plan to offer 5G support (albeit capped at 250Mbps speeds), plus you can share data across 10 eligible services.

In terms of competition for speed, look at the Optus network and Optus MVNOs, followed by Vodafone and Vodafone MVNOs. The main disclaimer here is that you may live in an area that has better speeds from Vodafone than Optus (or, potentially, Telstra), depending on network coverage and mobile tower congestion.

Below is a daily updating list of popular SIM Only plans on the Telstra network.

The categories above are the five we feel are most important. There are others, though. If you want international talk and text with a lot of countries, Lebara, Amaysim and Coles Mobile are worth considering.

For Prepaid fans who like to really double down on prepayment, Optus lets you roll over Prepaid days if you pay in advance (and it has a 200GB data bank). If you want to pay off a handset with a mobile plan, Vodafone and Optus are worth considering. For cheaper smartphones, have a look at Woolworths Mobile and Southern Phone, or check out Numobile and Boost Mobile for refurbished handsets.

What to look for in a mobile provider

The best mobile provider will be determined by what’s best for your needs. If you’re after a great deal, look at MVNOs rather than the three network holders. MVNOs operate on the Telstra, Optus and Vodafone networks but they tend to offer cheaper comparative pricing.

We champion coverage as the biggest consideration. If a mobile provider has a patchy signal in the areas you tend to frequent, they’re not going to be of much use to you. Similarly, while Telstra has the largest network and is therefore the safest coverage bet for most Australians, that’s not the case for all Australians. Use the interactive coverage map below for an idea of how coverage looks in your area.

After coverage, data is usually the most important consideration. We treat 10GB as enough for everyday users and 30GB as sufficient for those with heavier data needs. Of course, if you’d burn through 30GB in a week, you’ll want to look at telcos that offer larger data caps. The final consideration should be the perks a telco offers, which can help separate contenders from the perfect plan for your needs.

How we choose the best mobile provider 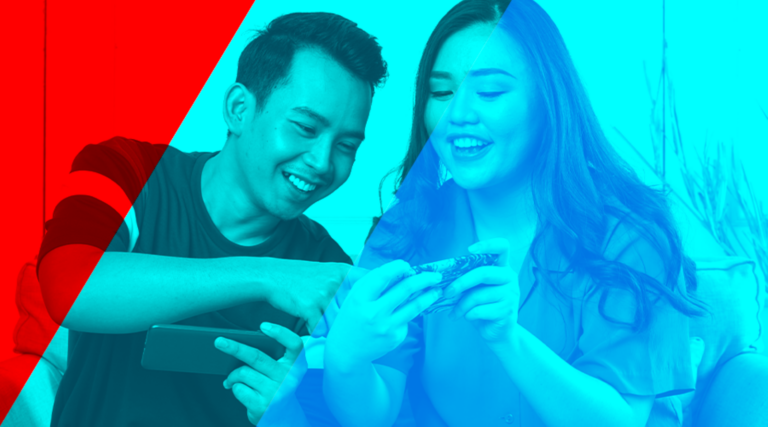 Every month, we appraise the hundreds of mobile plans in our comparison engine to determine the best picks for SIM Only, Prepaid and the best mobile plans overall. Basically, we prefer to point people towards plans rather than particular providers.

That said, it’s easier to cull the list of the dozens of telcos we track in our comparison engine when appraising them in terms of focused categories. The main and wholesale Telstra networks are objectively the largest, so they’re generally the best for coverage. The main Telstra network also tends to be the fastest.

Cheaper telcos tend to operate on the still-wide-reaching Optus and Vodafone networks. If you want lots of data, look for a telco that offers 50GB or more. When different plans compete around the same data limits, we factor in cost and perks to determine overall value. For those with insatiable data needs, it’s best to opt for a telco with massive data caps or one with unlimited data (like Vodafone or Felix Mobile).

What are the telco companies in Australia?

Telstra, Optus and Vodafone are the three biggest telcos in Australia because they own and operate respective mobile networks. There are dozens of other telcos that piggyback on their respective networks, though.

What is the best mobile provider in Australia?

For us, it’s Woolworths Mobile because of a great mix of Telstra network coverage and speeds, decent data caps and some consistently top-notch perks. For others, the best mobile provider is the one that meets your specific needs (either from our categories above or others).

Is Telstra better than Optus and Vodafone?