Yomojo offers a great discount on family plan bundles and a way to monitor your kids' phones. 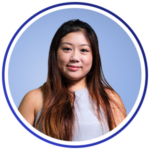 Yomojo is one of the newer mobile providers to jump into the Australian telco market, offering plans targeted at families with great bundling prices and extra parental control features.

The Optus MVNO's biggest selling feature to families though is that if you combine a bunch of different plans in one bundle, you can save up to 15% on your total bill each month. All of its plans are also month to month, so you’re never locked into anything.

Find out why Yomojo's family bundle discounts combined with its parental control features make the telco our top pick for the best value family provider in our Yomojo mobile review below.

For the sake of comparison, here are the most popular plans this week from the stable of Optus MVNOs.

If you’re looking at Yomojo plans, chances are you are searching for a cheap mobile plan for your kids or family plans. All Yomojo plans come with unlimited calls and text except its $9.90 plan, so it's the data inclusions that really separate what tier of plan you’re looking at.

For kids and teenagers, most of their usage will probably be on WiFi - with the majority of their time at home and school (where hopefully they aren’t on their phone), so you don’t need to break the bank too much to get them enough data.

Yomojo markets its $9.90 1GB plan as its kids' plan, but realistically, if you have a teenager who’s talking to their friends over Snapchat and browses Instagram on the regular, they’ll probably use a little more than that.

Our best pick would be the $15.90 plan, which includes 2GB of data as well as unlimited national calls and texts.

This is enough to handle up to 150 Snapchat messages, 15 hours of web browsing, and 1 hour of YouTube a month - which should be enough for most kids and teenagers when factoring in WiFi usage at home and school.

On top of that, if you want to help manage how your kids use their phone, you might want to consider adding Yomojo’s FamilyEye device monitoring app which costs $5 a month. So all up, you’re looking at $20.90 a month before any discounts if you bundle more plans together.

What are other options do I have?

For those looking for a budget plan with the flexibility of unlimited national calls and text that also has a data limit that's just enough to keep your kids entertained when out and about (but not too much for them to be glued to their phones 24/7), you can't go wrong with Telstra MVNO Belong's Small 1GB Plan.

Belong's no-contract, SIM-only Small Plan  is a sweet deal for your kids' phones. For $10 a month, you'll receive 1GB of data plus unlimited national calls and SMS. If you have unused data at the end of the month, you'll be able to roll it over to the following month's balance too. Alternatively, you can choose to gift your unused data in 1GB increments so no data will go wasted amongst your family members.

For an additional $5 a month, you can purchase an add-on for unlimited international calls and texts to 33 selected destinations. This is particularly handy for those who have relatives or friends overseas and want an easy option for making international calls without breaking the bank.

If having the option of making international calls and texts is not important to you, Spintel's $9.95 Mobile Plan is also a great steal. For $9.95 per month, you'll get 2GB of data as well as unlimited national calls and texts. Another bonus is that Spintel, at the time of writing, is currently offering a free waiver on its $10 SIM activation fee.

You’ve sorted out your plan for your kids, but to really take advantage of Yomojo’s savings, you’ll want to get yourself (and your hubby) signed up too.

Immediately forget about that 1GB plan, if you use your phone on your commute, you’ll probably blow through that data in 2 or 3 days - so we’ll look up the data tree here for you.

The sweet spot for most would be Yomojo’s $25.90 plan with 10GB data. This should be enough to cover you for 40 hours of web browsing, 20 hours on Facebook, 20 hours of Spotify streaming plus a bunch more to spread across emails, Instagram and some YouTube clips on the way to work.

This plan price comes down as you start to bundle more together, and if you have a family of four, the 10GB plan comes down to $23.31 a month.

How does this compare to my other options?

For average data users who don't want to worry about running out of talk minutes and texts in Australia, Spintel's next-tier, no-contract $15.95 plan offers a good mix of flexibility and reasonable data inclusions at an affordable price.

For $15.95 per month, you'll get 5GB of data, which should be sufficient for most people, as well as unlimited national calls and SMS. This $15.95 plan also comes with the current $10 SIM activation fee waiver.

And if you reckon you'll need more than 5GB of data per month, for those willing to fork out a little more for extra data inclusions, consider Circles.Life $28 for 40GB Monthly Plan.

If you refer a friend to sign up to Circles.Life as well, you'll even get an extra 20GB of data to burn for a month. This limited-time offer will end on 28 February 2020 though, so you'll have to get in quick.

How does a Yomojo Family Bundle work? To save yourself some extra bucks, for every additional mobile plan you purchase for family members, you'll earn an extra percentage discount off your total bill — with a total potential savings of 15% off. This bundle discount will be applied to all your plans in the Family Bundle and could seriously shave down your total phone expenses for the year.

The percentage you'll get off your total bill will depend on how many SIMs you bundle together as follows:

As part of Yomojo’s offerings for families, it has its own FamilyEye app. It’s an app you install on both yours and your children’s phones to monitor how they use it and make sure they aren’t browsing inappropriate content or talking to people they shouldn’t be.

FamilyEye is able to block certain features too, such as the use of the phone’s camera, as well as block apps and websites entirely — such as adult content and certain social media applications you might not want your kids to be on.

Outside of monitoring direct content on your kids’ devices, it also allows you to set time limits on their phone or specific apps as well as geo-fence alerts — so you can be notified if they leave certain safe places they’re meant to be such as school or a friend’s place.

FamilyEye itself costs an additional $5 a month for every child, but you can try it free for your first month to make sure it’s right for your family. The app itself is available on both iOS and Android devices, so it should work on all your phones with no issue. Yomojo plans to introduce a screen-usage monitoring feature as well as bedtime tracking soon.

What network does Yomojo use?

Yomojo is a mobile virtual network operator (MVNO), which means it uses another company’s mobile network to supply its connection. Yomojo uses the entire Optus 4G Plus network, which is the second-largest network in Australia based on population coverage, reaching 98.5% of the Australian population.

Optus has also been investing heavily in its regional network the last couple of years, adding more towers and network capacity across major regional centres, as well as taking part in the government’s Mobile Blackspot Program, co-investing in mobile towers in extremely remote areas that previously had no coverage.

One disadvantage of being an MVNO though, is that when Optus turns on its next-generation 5G network in the next 12 months, it will be exclusive to Optus customers and not MVNOs such as Yomojo. At first, there won’t be too much of a difference though, so Yomojo customers won’t be missing out on much — but it’s still worth considering if network speeds are of utmost importance to you.

Here's the network coverage you'll get with Yomojo:

While Yomojo doesn't offer any perks or extras on its plans, it does provide somewhat decent customer support if Product Reviews' 3.3 out of 5 star rating is anything to go by.

Alternatively, you can chat online with a customer service agent on Mondays to Fridays between 8am to 6pm and Saturdays between 10am to 6pm AEST. If your enquiry isn't urgent, you can also email them via support@yomojo.com.au or fill out their online contact form.

You can access your Yomojo account dashboard through the telco's web platform at www.yomojo.com.au/login or by clicking the Login button on the top right of the home page.

Tan uno manage your plan and account settings, download the Yomojo mobile app for iOS from the Apple App Store or for Android from the Google Play Store.

Where can you buy a Yomojo SIM?

The easiest place to buy a Yomojo SIM card is of course online, just pick your plan below and you’ll have a SIM delivered to your door in around 3 days.

But if you need a SIM card today, most major supermarket chains such as Woolworths and Coles sell Yomojo SIM cards at their front counter. You should also find Yomojo at most major petrol stations and newsagents.

If you’re worried about keeping your number, it doesn’t matter which option you take to order, you’ll be able to bring your existing mobile number over to Yomojo when you activate your SIM online.