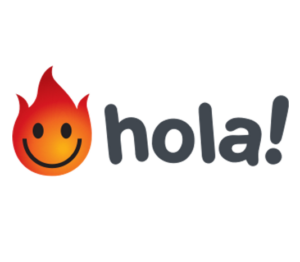 Hola VPN is a tough recommendation. The free version asks users to exchange no payment for use of “free” device resources. If you pay for a premium version, the best value comes from buying an expensive upfront three-year subscription. While Australian speeds were great in our tests, speeds were average for the US and UK. Meanwhile, streaming results missed as much as they hit. Hola may be easy to use and offers a respectable 10 simultaneous connections but, ultimately, there are better, cheaper VPN alternatives out there.

If you go searching for a free virtual private network (VPN), it won’t be long before you come across Hola VPN. The VPN provider made a name for itself with its free browser extension that’s still around today and has been reportedly downloaded more than 160 million times.

Fast-forward to more recent times, and Hola VPN is now offering a couple of premium versions. While Hola VPN gets some things right with its premium version, it leaves a lot to be desired in key areas, particularly in comparison to its peers.

Expensive no matter which way you cut it.

Of the 16 VPNs we’ve reviewed, Hola VPN is one of the priciest. Hola Basic is the restricted free version, but we’d strongly advise against using that as you have to sign off on Hola using your device’s resources in exchange for not paying. That hardly makes for a great invisible background protector, which is something better VPNs do admirably with a minimal impact on system and internet performance.

For this review, I used Hola Premium, which has the most expensive monthly pricing of all the VPNs I’ve reviewed. To find decent value, you basically have to opt for the three-year version. Alternatively, pay an even higher fee for monthly, annual or triennial options for Hola Ultra to access “Ultra Fast” speeds (useless for anyone in Australia with 100Mbps or slower), 20 simultaneous connections and, reportedly, the option to select specific server locations.

Price and plan information only valid as of last page update.

Compared to the other VPNs we’ve reviewed, there are lots of better options with higher scores. Look at Mullvad VPN or Windscribe VPN for cheap monthly pricing or PureVPN and CyberGhost VPN for cheaper annual fees. Meanwhile, Private Internet Access and Surfshark VPN offer better multi-year pricing if you want to save money on a long-term VPN subscription.

Easy to use, slow to connect.

For my testing on a Windows 11 PC, Hola VPN was easy to sign up for (a good choice of either AU or US pricing) and easy to install. Then the weirdness started. When I went to log in, I was greeted with a pop-up telling me I could exchange free system resources for the ‘free’ version or sign in for premium. The former option is incredibly icky, so I opted for the latter.

Signing into the Hola portal in a browser presents a diverse list of popular sites, supposedly the top ones in Australia. It’s not surprising to see Netflix there, but there are also other regions like Hulu and BBC, not to mention more nefarious sites like The Pirate Bay. Speaking of torrents, Hola VPN didn’t work at all with peer-to-peer software in my tests.

Clicking on one of these popular sites opens it and gives you a prompt to access it with a particular compatible VPN server, which is a nice touch. But you can just use the Windows software instead for greater control that’s not reliant on a Hola browser portal. By default, Hola VPN starts with Windows and, frustratingly, there’s no way to stop that in the settings, plus it requires both the software and Hola Background Services to run in your system tray.

Whether you’re connecting automatically or manually selecting servers, it takes around 15 seconds to connect. Comparatively, that’s a long time to wait, and it’s an absolute killer for real-time services, including music streaming. It was so bad in my tests that streaming music sometimes wouldn’t start playing again. Outside of visible server load, manually selecting servers is pointless, given Hola Premium doesn’t display regions.

Reportedly, you need to pay for Hola Ultra to connect to specific locations, which is a feature I’ve never seen paywalled in other premium VPNs. There’s also some confusion over how many servers and countries there are: the website claims there are 1,000+ servers in 218 countries, but my manual counts within Hola VPN were 399 and 42, respectively.

Not many devices to choose from.

Hola was primarily built to run on browsers, which is why you can find extensions for Chrome, Opera and Edge. There’s also Android (disappointingly, Huawei and Samsung only) and iOS apps, as well as Windows and Mac software. You can also use Hola on Fire TV, Apple TV, as well as smart TVs, but this is via a Smart DNS service rather than native VPN apps.

Smart DNS is also how Hola justifies device support for consoles, including the PlayStation 4, Xbox One and Nintendo Switch. But a Smart DNS isn’t the same as a native VPN app. Those with a Keenetic Ultra router can also configure it to work with Hola VPN. The only impressive thing Hola VPN has going on in terms of devices is the 10 simultaneous connections for Hola Premium and the 20 that come with Hola Ultra.

Decent latency but speeds drop noticeably outside of Australia.

Generally speaking, whenever you connect to a VPN, you can expect it to slow your overall connection speed. This includes latency as well as download and upload speeds. For reference, the table below outlines the daytime speeds I received in my Hola VPN tests with a Superloop NBN 100/40Mbps FTTC connection.

Because Hola Premium only lets you manually select servers with no locational information, all of these test results are from the server Hola automatically chose to connect to in each region. Things start off great with very minimal impacts to download and upload speeds in Australia, with no change in latency (great for a gaming VPN). For the US and UK tests, though, the speeds go from bad to incredible slow, even if the latency is still decent.

One of the popular uses for VPNs is to sidestep geoblocks on international streaming services, even if that’s typically a violation of a streaming service’s user agreement. If you want to use Hola VPN to bypass geoblocks, expect mixed results. Check out the table below to see how well Hola VPN performed in our tests of popular US, UK and Australian streaming services.

These Hola VPN streaming results are hit and miss. For hits, Hola offers fast streaming results for Netflix US, Peacock and BBC iPlayer and Stan, though I did have issues properly loading the Netflix US library. The same was true of Hulu, which had moderate streaming speeds. Meanwhile, Hola VPN didn’t work with HBO Max (usually an easy win) and failed to stream Kayo content on any of the available Australian servers. If you want a VPN for streaming, go with either Windscribe, ExpressVPN or NordVPN.

Meanwhile, the table below paints a picture of how Hola VPN should theoretically work with your NBN connection. By using the fastest available download speeds of the plans in our comparison engine, the table uses the best-case 19% and 65% hits to download speed (from my tests) for US and UK servers, respectively. The three right columns show the number of simultaneous streaming per connection.

Note that Hulu and BBC iPlayer have options for unlimited streams while Netflix maxes out at four. While it’s not practical to stream dozens of streams in a home, it does give an idea of how much a VPN can slow a connection.

Should I buy Hola VPN?

Okay in some areas but there are far superior alternatives.

Hola VPN asks you to pay something even if you opt for the free version. It’s got great Australian speeds and low latency, but those speeds start to suffer the farther out the server. I’m also not a fan of two premium versions that are expensive and don’t offer a whole lot of value when it comes to the service. While 10 or 20 simultaneous connections is respectable, there are better, cheaper VPNs more worthy of your investment.

We strongly advise avoiding the free version of Hola VPN as it isn’t a great VPN choice for all-important privacy and security. For a free VPN, consider PureVPN, PrivadoVPN, PureVPN, Hotspot Shield, Windscribe or TunnelBear.

Yes, there’s a free version of Hola for Chrome, which is how Hola was popularised initially. These days, though, there are premium versions of Hola VPN.

Like all VPNs, Hola VPN will change your IP address once you’re connected to a server, even if that server is in the same country.