For the price of a chilled latte, you can protect yourself online. 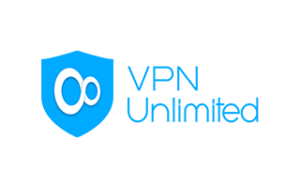 For those who have decided it’s time to use a VPN (virtual private network) to protect your IP address, the costs don’t have to be so prohibitive. While the monthly fees can run as high as $14 per month for a VPN with a few products, a handful of low-cost options where you pay by the year (or even for three years) can cost less than a latte at Starbucks.

With a price around $3 per month, these budget-minded VPN services are much more affordable than you might think. If you’re already paying $30+ per month for the Internet service itself, it can be hard to justify spending another $10-$15 per month. But picking an annual plan or a three-year plan for an additional service is a bit easier to justify when it’s a VPN.

For starters, the main function of a VPN service—keeping you safe online—makes it worth the additional cost.

Think of a VPN subscription more like a utility. You might see some changes in encryption technology, but it won’t evolve as fast as a streaming platform like Netflix or an Adobe creative product in a year, or even three. The plans will likely stay flat in terms of pricing.

And, even if you pick a VPN service and pay for one year or two years, your need for it—again, keeping yourself safe online—won’t change. But to truly get the best cheap VPN service, you’ll need to sign a longer-term agreement. That’s why we picked the best budget-minded VPNs that all offer low annual or three-year plans.

CyberGhost VPN is one of the best and most affordable VPN services.

For those who demand the best and also want an attractive price, CyberGhost is our top pick. We’ve consistently rated it as a top VPN that is fast, has a high number of servers, and meets the needs of most VPN users. It is also one of the lowest-priced options at only US$2.75 per month when you sign up for the three-year plan.

On the opposite end of the spectrum, CyberGhost is actually US$12.99 per month when you don’t pay for the annual or three-year plan, but that’s a testament to the value pricing. It’s normally expensive because it’s powerful and feature-rich.

Who is CyberGhost best for?

Who is VPN Unlimited best for?

Private Internet Access costs only US$2.85 when you sign-up for the annual plan. While both CyberGhost VPN and VPN Unlimited are technically more affordable per month when you pay for a three-year plan, if you are not ready to commit to a time period longer than a year, then Private Internet Access is a top pick. A unique feature with this VPN provider is that you can pay with a gift card from a shop like Starbucks or Target as a way to keep your personal information more confidential.

Another top pick for a VPN that is quite affordable by the month.

IPVanish is the low-cost leader if you decide to pay month-to-month—it’s only US$5 per month. That’s still higher than the top picks for budget-minded users out there, who can pick one of the other VPN services and pay for a three-year term to save more. And, VPN Unlimited offers the best price if you pay by the year. However, if you pay for one year, you can enjoy extreme savings as well with IPVanish at only US$3 per month.

While many VPN clients let you access the Internet with protection for up to five devices, IPVanish is also unique in that you can use up to 10 different gadgets—that’s a lot of phones and smart TVs.

Who is IPVanish best for?

A fun VPN service with a free ad blocker and low price.

At only $3.33 per month when you pay for a three-year plan, TunnelBear is one of the best and most affordable VPN services. If you sign up and pay by the month, it’s $9.99. A unique feature with TunnelBear is that you can use the free ad blocker in Google Chrome even if you don’t pay for the service at all. (You don’t even need an account.)

Who is TunnelBear best for?

Why a VPN provider is worth the money, even when you’re on a budget.

A VPN doesn’t have to set you back each month. Our top picks for best budget VPN services can protect your Internet connection and keep you safe online for the price of a coffee and less than a Netflix or Stan subscription. You can access your streaming platforms from any location by selecting the server you want, add encryption to ward off hackers, and benefit from the anonymity and privacy of a VPN without the high-ticket price.

The cheapest VPN prices come with the three-year subscriptions.

We think it’s worth it to step up and pay for three years worth up front and save over the long haul—it’s kinda like using a coupon at the grocery store.

You may need to evaluate all of the features first (quick tip that CyberGhost is one of our top picks overall and has the most servers of any VPN provider). Once you do, you can pay for the entire three-year term, which works out to about US$3 per month in most cases. In fact, the highest-priced VPN on our list is US$3.33 per month (TunnelBear) and the lowest-priced VPN service is only US$2.75 (CyberGhost).

These “cheap” VPN picks are budget-minded but not bottom-barrel picks. In fact, the most affordable VPNs happen to also be the best we have found. We mentioned that CyberGhost has the most proxy servers of any VPN, but TunnelBear is another top VPN service for cost savings and has one of the best interfaces we’ve used and a free ad blocker included.

If you pay by the year, the best option is Private Internet Access at only US$2.85 per month. In terms of paying a monthly fee and not annually or for three years, IPVanish costs only $5 per month—the best monthly plan we’ve found.

If you keep digging, you can find even more great values. Right now, USCyberGhost is running a special for a one-year plan that works out to $2.75 (and they add another six months at that rate), but we’re not sure if this discount will last.

Private Internet Access offers a unique way to pay for your VPN plan. You can use a gift card from Starbucks, Target, and other retailers (which you may have received as a gift or employee perk). If you do pay for the service that way, you can maintain your anonymity throughout the registration process.

For starters, a VPN connection is a necessity in the age of data breaches, hacking wireless feeds, stealing your identity, and even government agencies snooping on which sites you use and your download queue. The only thing that might give you pause is the added price.

Some of the premium VPN options such as ExpressVPN and NordVPN tend to cost more than $10 per month. It can be hard to justify if you are already paying for Internet and television service. That’s where a cheap VPN comes in.

At the $3 per month price point (when you pay by the year), it’s easier to justify the added price tag. And yet, here’s an overall tip.

Think seriously about a VPN service provider even if you decide to skip the annual or three-year plans. It’s important to add up the cost of a data breach or identity theft, as well. It might not seem like a threat right now, and many of us might escape notice by hackers and thieves, but it is better to be safe and protected.

A longer-term plan also protects you into the future as the threats increase. One example of this is during the coronavirus pandemic. Phishing scams, viruses (the kind that infect your computer), and malware attacks are now on the rise.

We’d suggest taking a serious look at CyberGhost VPN. Not only does CyberGhost have the best deal and most affordable pricing when you pay for three years, it’s one of the fastest VPNs for gaming.

A VPN doesn’t have to be expensive. As we discovered, when you pay for a three-year term, you can expect prices to work out to less than $3 per month—quite affordable considering many VPN providers cost north of $10 per month normally. 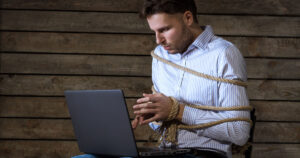 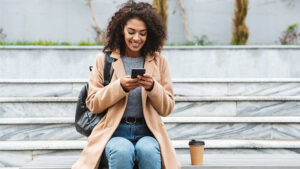 By
Nathan Lawrence
Mobile data rollover vs data bank: What’s the difference?
Roll that data into the bank. 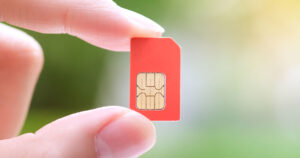 By
Nathan Lawrence
How to activate your Vodafone SIM
Scored a new Vodafone SIM card? Here’s everything you need to know about activating it... 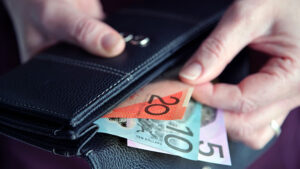 By
Kate Reynolds
Want to save money? Aussies spend $3.85 billion a month to stay connected—Start there
Do you know how much your internet, phone bill and streaming costs are when you...