How to get American Netflix in Australia

Just because you can’t travel to the US of A, doesn’t mean you can’t check out some local Netflix content. 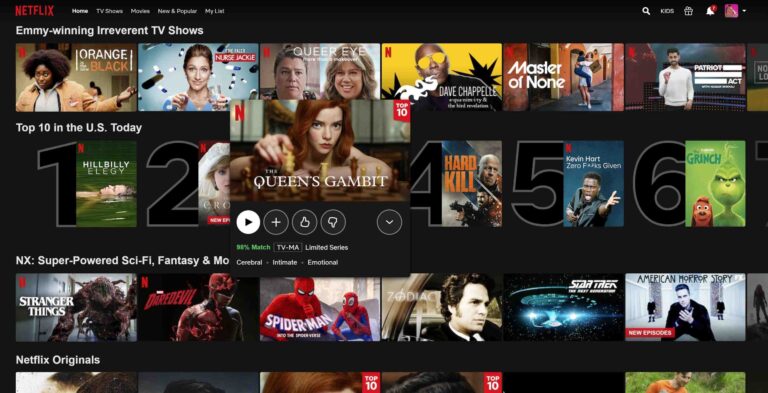 When it first launched in Australia, the local library of the best Netflix movies and best Netflix TV shows was dwarfed by the title count on offer for American Netflix. In fairness, over the years that has changed and, as of April 2020, Ireland, the UK, and Canada take out the top spots for biggest Netflix libraries, with the US in fourth, according to Comparitech.

While there are shared titles, most notably Netflix Originals, there are some big differences in the American Netflix and Australian Netflix libraries, which may inspire curious Aussie Netflixers to have a peek at the US offering.

How do you get American Netflix in Australia?

What is a VPN?

VPN software creates an encrypted connection between your device and a server, then between server and your provider, which keeps your internet connection secure. In terms of streaming services like Netflix, VPNs can be used to access content libraries in countries outside of Australia as well as other geo-blocked content.

What is a Smart DNS service?

While VPN software connects to external servers to protect the location you’re connecting from, a Smart DNS service spoofs your domain name server (DNS) to unblock geo-restricted content. Unlike VPN software, a Smart DNS won’t mask your IP address, but it does allow a speedier connection between your device and the content you’re interacting with. For Netflix, it means faster streaming, though Smart DNS options are limited these days.

How to get American Netflix with a VPN

It’s not much more complicated than signing up for a VPN, particularly for people who watch Netflix on a computer or smart device.

By far the easiest way to stream American Netflix in Australia is via browser extension: after signing up, enter your login details, connect to a US server, and head to the Netflix website. It’s a similar story with computers, tablets and smartphones. Download the VPN app first, then enter your credentials, pick a US server, then fire up the Netflix app.

Things get a little trickier with certain Smart TV systems and game consoles that don’t have native VPN app support, which means you either need to configure a VPN on a compatible router – which isn’t advised because it works on your entire home network rather than the devices you want it to – or you’re effectively using a Smart DNS workaround that comes with certain VPN subscriptions.

What devices do VPNs work on?

Because apps have made everything more straightforward on smart devices, VPNs are a cinch to install and use on a wide range of devices. They can be used on computers, tablets, smartphones, web browsers, game consoles, smart TV systems, and routers.

Popular VPN pick ExpressVPN, for instance, is compatible with the following devices:

Which VPNs work with American Netflix?

There are several VPNs that work with American Netflix, and you can check out reviews for some of the popular picks below:

Once you’re signed up, download the app, browser extension, or software, then enter your credentials and select a US server before loading Netflix.

How to get American Netflix with a Smart DNS

When Netflix was less widely available and when newer countries launched with lesser libraries, Smart DNS services were a top pick for tapping into more Netflix titles around the world. A lot of them have either shut down completely or disabled Netflix support entirely.

These days, you’re better off using a VPN or a Smart DNS that’s associated with a VPN service, like ExpressVPN MediaStramer or NordVPN’s Smart DNS service. They’re more complicated to configure than toggling a VPN off and on, but they should offer a speed advantage if you’re struggling to stream Netflix at full quality.

What devices does a Smart DNS service work with?

Technically, any device that lets you enter advanced network settings to tweak Domain Name System (DNS) values should work with a Smart DNS service. That’s both the good news and the bad news: less concerns about device compatibility, but greater complexity when it comes to configuration. Your best bet is to use Google search phrases like ‘change DNS settings’ with the model of the device you’re looking to pair with a Smart DNS service to see if it’s compatible. In general, expect them to work with computers, tablets, smartphones, and some games consoles.

During the times when international travel was more prevalent, if you had the Netflix app installed on your tablet in Australia, the content you would be able to access with that same Netflix app in America would be based on the American Netflix library. The same is true in reverse, and for any country where Netflix is available.

While free trials for premium VPN services work incredibly well, perpetually free VPN software isn’t great for American Netflix. The free version of ProtonVPN, for instance, works in that it loads the library (slowly), but the speeds aren’t great, which means you’re watching a low-quality version of content.

You can see 10 of the most popular NBN Basic II plans below.

A Netflix Standard subscription comes with a 5Mbps download speed recommendation to stream in HD quality. You can opt for an NBN Basic I plan or comfortably go with an NBN Basic II plan as above, or you can tap into the versatility of an NBN Standard plan (up to 50Mbps download speed), which lets you stream Netflix in HD to two screens simultaneously and use the internet for multiple other tasks without having to worry about quality dips.

Check out 10 of the most popular NBN Standard plans below.

Take a look at 10 of the most popular NBN Fast plans below.