The internet is ray-shielded, so you’ll have to use Proton VPN.

When it comes to the virtual private network (VPN) space, it feels like there are two big names and then everyone else. NordVPN and ExpressVPN are the two household names. But there are other contenders that are worthy of comparison, including Proton VPN.

Proton VPN keeps things simple with competitive pricing and a service that plays nice with everything you can throw at it. If you’re in the market for a VPN, Proton VPN should be included in your comparisons.

Proton VPN plan pricing effective as of 15/8/2022. Offers and availability vary by location and are subject to change.

Proton VPN just works. That’s really what you want from a VPN: a faithful background protector that doesn’t interfere with other software. While it does have a comparatively low server count and I did encounter some Windows software issues, Proton VPN is fast to connect, intuitive and has okay download speeds.

If you don’t mind paying upfront, Proton VPN costs US$71.88 for the first year (US$5.99 per month) or US$119.76 for a two-year subscription (US$4.99 per month). That pricing has noticeably gone down for annual and biennial options since I first checked in with Proton VPN earlier in 2022.

There’s a server and feature-limited free version if you want to try before you buy, but I’d advise paying for Proton VPN and taking advantage of the 30-day money-back guarantee instead. Proton VPN’s annual pricing is in the middle of the 15 VPN services we’ve reviewed, while the biennial pricing isn’t as impressive as alternatives from CyberGhost VPN, Surfshark VPN, PureVPN and TunnelBear. 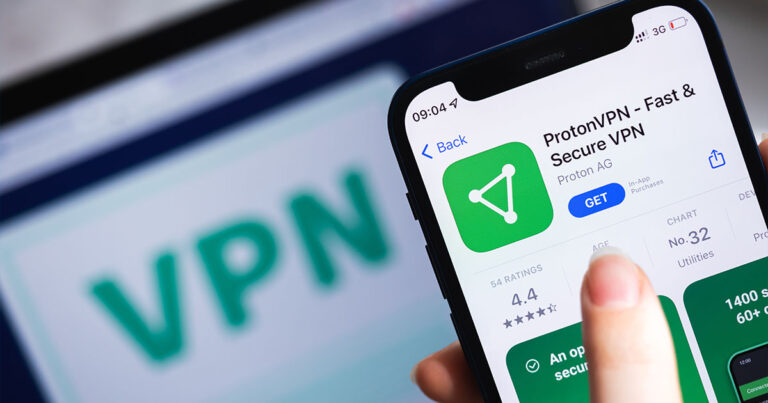 The best VPN services with the most features, perks, and protection.

I tested Proton VPN across Windows and Android versions, with most of my testing time spent on a Windows 11 PC. While easy to install on both platforms, there were some initial missteps on Windows.

Admittedly, Proton VPN works well in the background and didn’t negatively impact any of the software I run every day. There was even an instance when I inadvertently left it on while gaming—testament to how well it works invisibly in the background—but I was having some latency issues in that game, so Proton VPN may not be the gaming VPN you’re looking for if that’s important.

The other Windows issue I encountered was Proton VPN inexplicably has a smaller window that opens when you’re restoring it from the taskbar. Clicking on the ‘ProtonVPN’ text maximises the program again, but it’s an extra unnecessary click, particularly given your right-click taskbar options are only to disconnect and exit.

Outside of these Windows gripes, I like the extra information in the user interface, including session data downloaded and current download/upload speeds. Admittedly, it’s not as clean a look as other VPN interfaces and it may intimidate some. Still, server load is a nice touch, and it’s easy to find a replacement server if your current one is heavily populated. That said, I wish Proton VPN was more consistent with location as well as country information on its servers so you can easily tell which part of a country you’re connected to.

At the time of writing this review, Proton VPN had 1,745 servers in 64 countries across 89 locations. That server count is on the low side, but the country and location counts are decent compared to Proton VPN’s peers.

Unlike the entry-level counts from VPNs like ExpressVPN and Hotspot Shield, a Proton VPN subscription includes 10 simultaneous connections (compared to five for those two alternatives). Note that the free version of Proton VPN only allows for one connection.

Proton VPN can be used with the following devices:

Outside of these primary platforms, Proton VPN can also be installed on a compatible router. Additionally, Proton VPN provides OpenVPN configuration files for third-party VPN applications, including the ability to personalise which locations are downloaded as part of a config file. These options are great nice-to-haves for advanced users.

Whenever you connect to a VPN server, even one in the same country or city as you, there will be a certain level of speed degradation. Faster VPNs offer less of an impact on connection speeds. Below is a table of the speeds I was able to achieve with Proton VPN using a Superloop NBN 100/40Mbps Fibre-to-the-Curb (FTTC) connection in the evening.

One possible (and popular) use for a VPN is to get around geoblocks that stop those with Australian IP addresses from accessing international streaming services. This includes accessing Netflix libraries outside of Australia or signing up to region-locked services like HBO Max, Hulu and BBC iPlayer. In fairness, we don’t recommend doing this because it tends to violate user terms and conditions, but we do test it for those who are interested. Similarly, those travelling internationally can use the right VPN to access Australian streaming content by connecting to an Australian server while abroad.

Outside of this, the other libraries were incredibly fast to load with playback starting in a few seconds. The thing to note is that services like HBO Max and Stan like to get users into the content sooner and improves the quality after playback has commenced. If this happens to you, it’s best to pause the stream and wait a few seconds before resuming for better quality.

The table below uses the 29% and 36% best-case download percentage speed-change results (from my tests) when connecting to a US server and UK server, respectively, with Proton VPN. These percentage changes are applied to the max-speed average typical evening download speeds (TEDS) from the NBN providers we track in our comparison engine, across available speed tiers. The three columns on the right of the table show how many simultaneous streams (if any) can be feasibly watched when using a VPN with popular US 4K streaming services: Netflix, Hulu and HBO Max.

There’s also an extra column for BBC iPlayer, which is based in the UK. Note that Hulu and BBC iPlayer technically have options for viewing on unlimited screens. While it’s not practical to stream to a dozen or so screens, it is indicative of how well specific NBN plans hold up with VPN speed changes.

Proton VPN is big on privacy, with 256-bit data encryption and 4096-bit channel encryption, which is a combo that’s on par with NordVPN, ExpressVPN and CyberGhost. It’s a similarly positive story for anonymising user data, plus Proton VPN has a zero-log policy.

In terms of app extras, there are a few neat inclusions. There are single-tap options for features like Secure Core, which is a multi-hop VPN server option for those who don’t mind sacrificing speed for extra security. NetShield is configurable to block just malware, or malware, ads and trackers. There’s a kill switch, too, which lets you choose between user-friendly and hardcore modes. The former option kills your internet connection if a Proton VPN server unexpectedly loses connection, while the latter means Proton VPN has to be running to even use the internet.

Finally, there’s a port-forwarding option for those who want faster gaming and torrenting. Conveniently, all of these user-interface options link to information pages if you’d like to dig into more details of how they can help you. Digging into the settings you’ll also find split tunnelling (select which services aren’t covered by the VPN) and protocol selection, which is on ‘smart’ by default but you can choose between WireGuard or the TCP/UDP versions of OpenVPN.

Should I buy Proton VPN?

Okay in some areas but there are far superior alternatives.

Proton VPN has a reasonably priced monthly subscription for those not after a longer commitment. It’s fast to connect and has a decent range of extras, while also ticking most boxes for streaming and not interfering with everyday software. Still, the speeds aren’t the best, there’s a comparatively low server count and Windows app weirdness holds Proton VPN back from being a full-fledged contender against the likes of NordVPN and ExpressVPN.

Good is the right word to describe Proton VPN. It’s not as impressive as NordVPN and ExpressVPN, but Proton VPN is a solid contender with a big emphasis on user security and privacy.

There is a free version of Proton VPN but it’s not as fully featured as the premium version. Proton VPN free is restricted to 100+ servers in the US, Netherlands and Japan, with medium speeds and a single connection.

NordVPN is our top-pick VPN because it has a great mix of speed, user-friendliness, advanced features as well as user anonymity and security. Consider Proton VPN if you’d like access to 10 simultaneous connections instead of Nord VPN’s six.