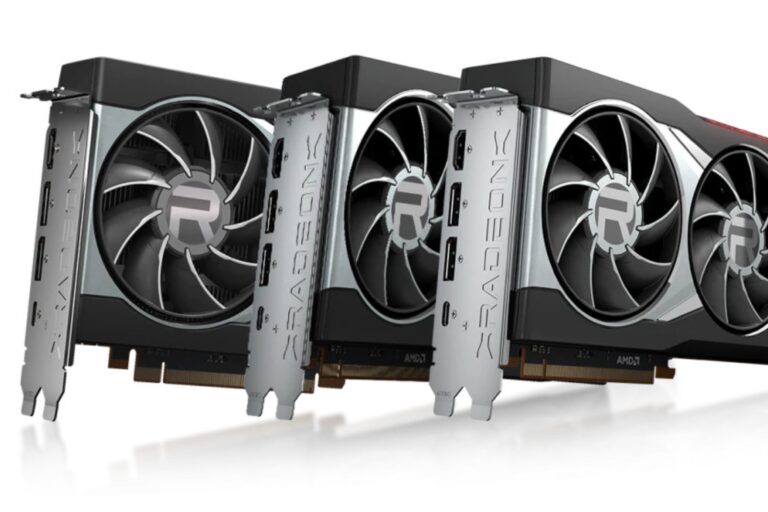 What a year 2020 has been for gaming wars. First, there was the big battle between the Xbox Series X and the PlayStation 5. Now, before the dust has settled on that brawl, the AMD 6000 graphics processing unit (GPU) series has launched to go to battle with the hard-to-find Nvidia 30-series graphics cards.

There are some clear match-ups between the latest AMD and Nvidia cards, too, as part of a three-way face-off. Whether you missed out on an Nvidia 30-series card or have been hanging out for the latest AMD offering, here’s the essentials of what you need to know in this GPU battle. 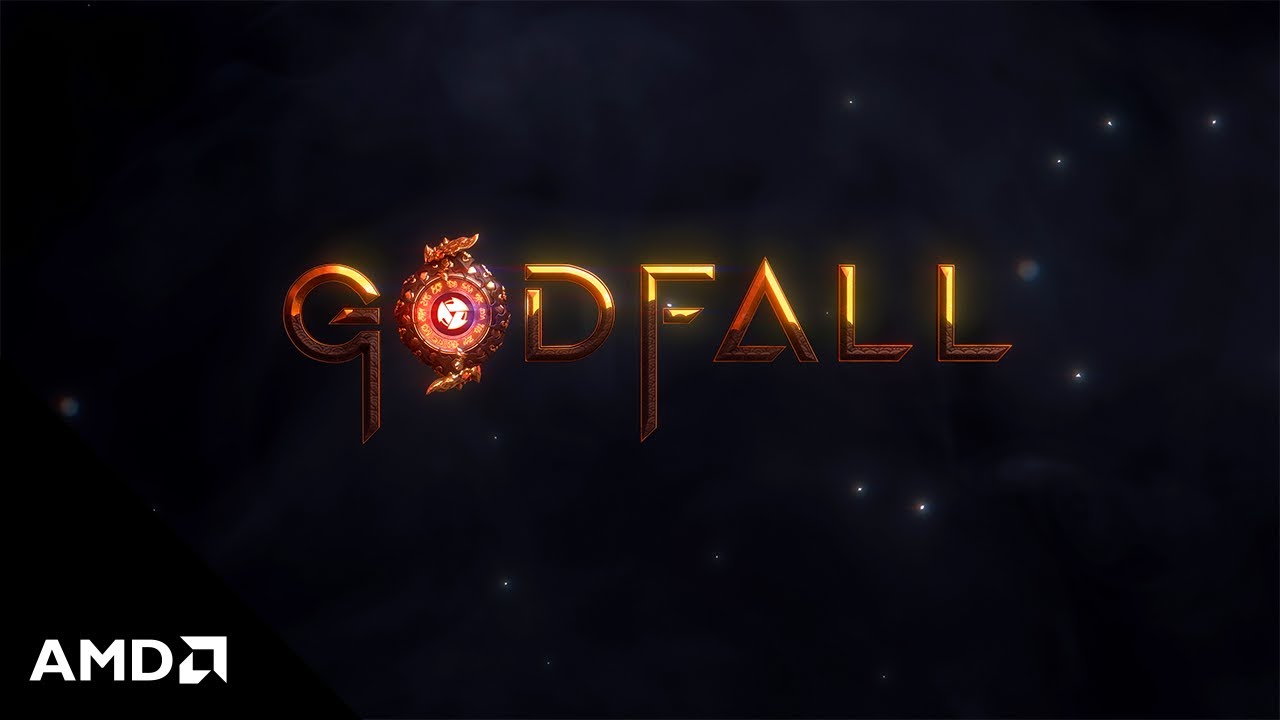 Traditionally, Nvidia dominates the GPU war as far as sales are concerned, which is similar to the market share battle between AMD and Intel for CPUs. While AMD had a competitive top-tier GPU in 2013 and had a dominant offering in 2012, it’s been a long time since it was making Team Green competitor Nvidia sweat.

Generally speaking, Nvidia graphics cards tend to cost more but offer better performance, even if the gap between price difference and gains has been closing in recent generations.

For the Nvidia 20-series, though, Team Green introduced real-time ray tracing, which is a hardware-intensive next-gen approach to handling lighting, and something that Team Red didn’t have an answer for in last year’s AMD Radeon RX 5000 GPUs. That’s set to change in 2020, though, as both the Nvidia 30-series and AMD RX 6000 GPUs boast real-time ray tracing support.

Which graphics cards are in the AMD RX 6000 series?

Currently, the AMD RX 6000 series has three GPUs. There’s the entry-level Radeon RX 6800, the mid-range Radeon RX 6800 XT, and the enthusiast Radeon RX 6900 XT. All three are based on AMD’s RDNA 2 architecture, which is what’s being used inside the next-gen consoles, and also marks the first release of AMD GPUs that can support real-time ray tracing.

Conveniently, there are some straightforward match-ups between the three AMD graphics cards and the Nvidia 30-series GPUs. The AMD Radeon RX 6800 squares off against the Nvidia GeForce RTX 3070, the RX 6800 XT vs the RTX 3080, and the RX 6900 XT is built to battle against the RTX 3090. All six GPUs are capable of real-time ray tracing, but Nvidia currently has an unmatched ace up its sleeve with Tensor Cores, a feature for which AMD doesn’t yet have a hardware equivalent. 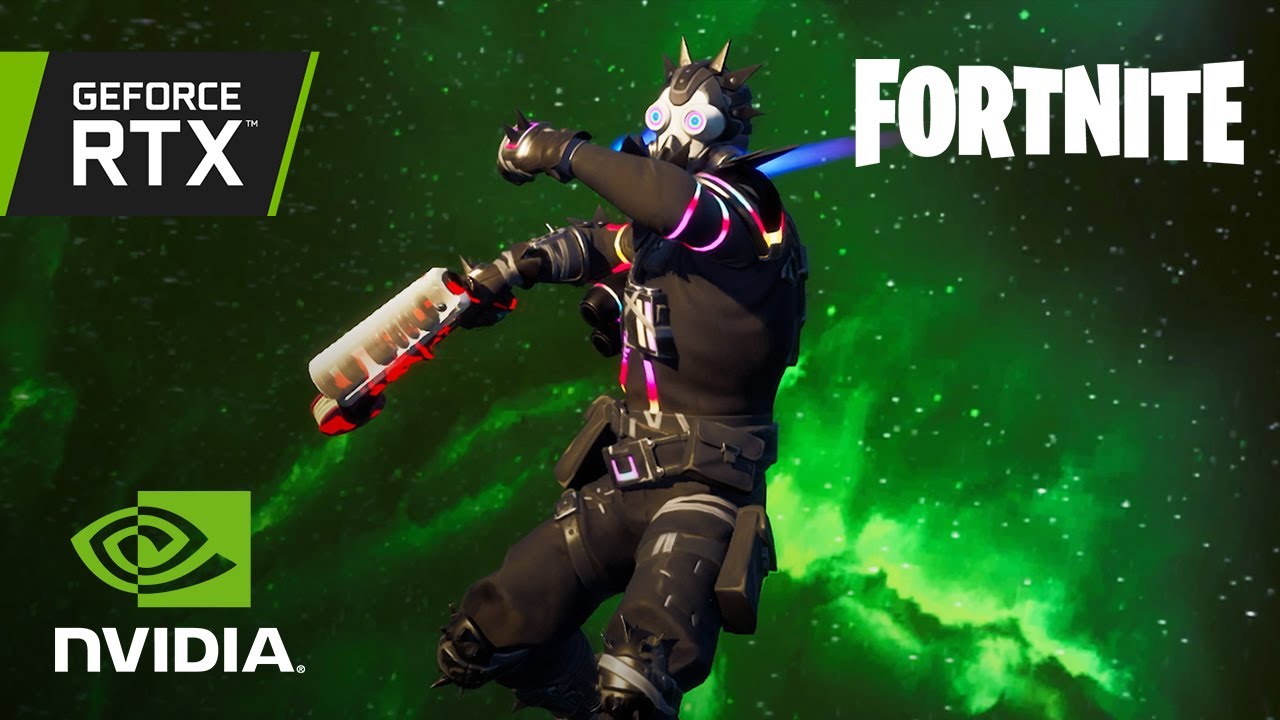 Nvidia has a couple of advantages up its sleeve that are part of the AI-driven hardware and software synergy that has great application for gamers and streamers.

What are Tensor Cores?

There’s non-gaming application, too, most notably in streaming features such as RTX Voice, which uses AI to identify and remove background noise, and an AI-driven feature that removes background images without the need for a green screen.

DLSS is AI rendering technology that works in conjunction with Tensor Cores on Nvidia GeForce RTX 20-series and 30-series GPUs to offer higher upscaled fidelity based on lower resolutions so that you can play with higher frame rates. This requires specific game support to use and can be used to benefit frame rates, even with hardware-intensive real-time ray tracing off, or can create a noticeable frames-per-second (fps) boost in games that have ray tracing on. 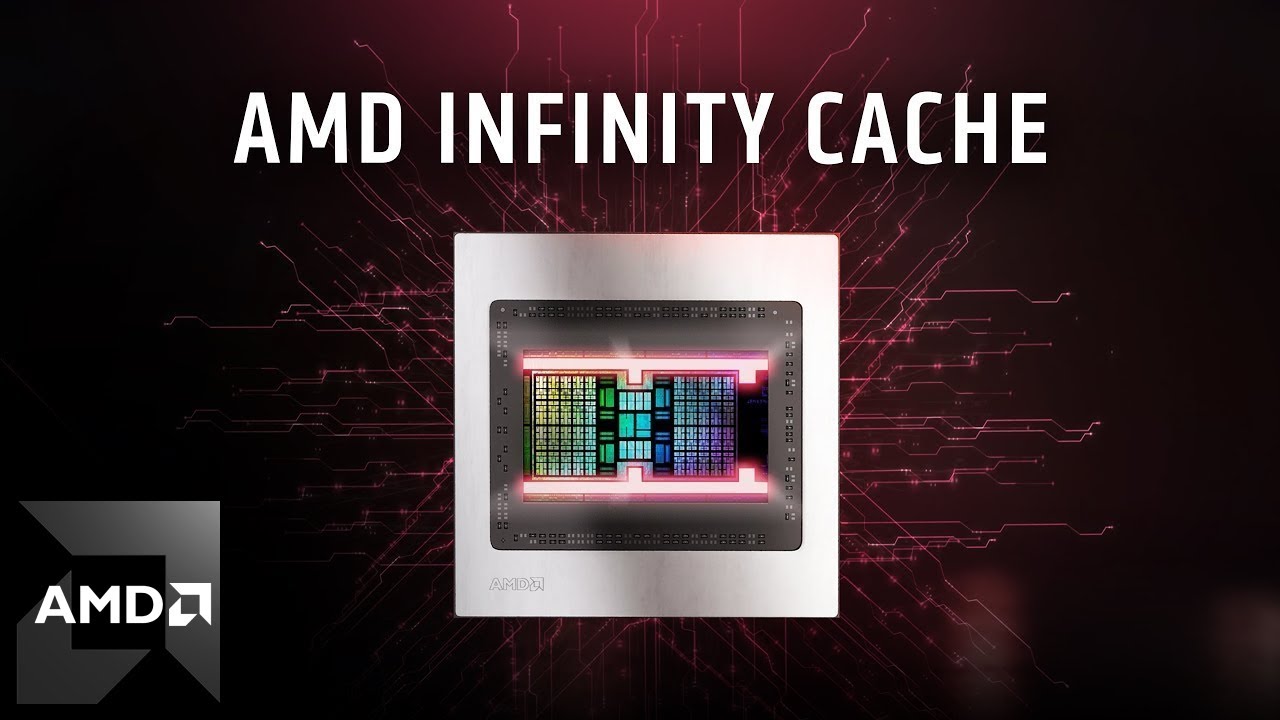 AMD may not have a Tensor Core equivalent in its RX 6000 series GPUs, but it does have a couple of advantages that are currently exclusive to Team Red graphics cards.

What is Infinity Cache?

While on paper the lack of GDDR6X memory on the AMD Radeon RX 6000 series GPUs may look like a negative, Infinity Cache enables a significant increase to memory performance and without the added cost of the newer memory that’s part of the Nvidia GeForce RTX 3080 and RTX 3090. The result is that AMD has included more onboard memory for the RX 6800 and RX 6800 XT (compared to the Nvidia equivalents) but can still offer comparable or better benchmark scores for traditional rasterised rendering (read: games with ray tracing disabled).

Smart Access Memory (SAM) is a hardware feature that creates synergy between compatible CPUs and GPUs. Instead of only allowing the CPU access to 256MB chunks of the GPU at a time, SAM lets a compatible CPU access the entirety of GPU memory, which is designed to lead to significant performance boosts. Currently, only AMD CPUs support SAM, though Nvidia is expected to support a similar feature in the future. Initial SAM tests highlight performance gains that vary greatly between games.

AMD’s answer to DLSS is FidelityFX, which is still in development but is slated to launch alongside the enthusiast-grade (read: bloody expensive) AMD Radeon RX 6900 XT in December. While it’s anticipated to help boost frame rates for real-time ray tracing, the lack of AI hardware cores on the AMD Radeon RX 6000 series GPUs may create a bottleneck. 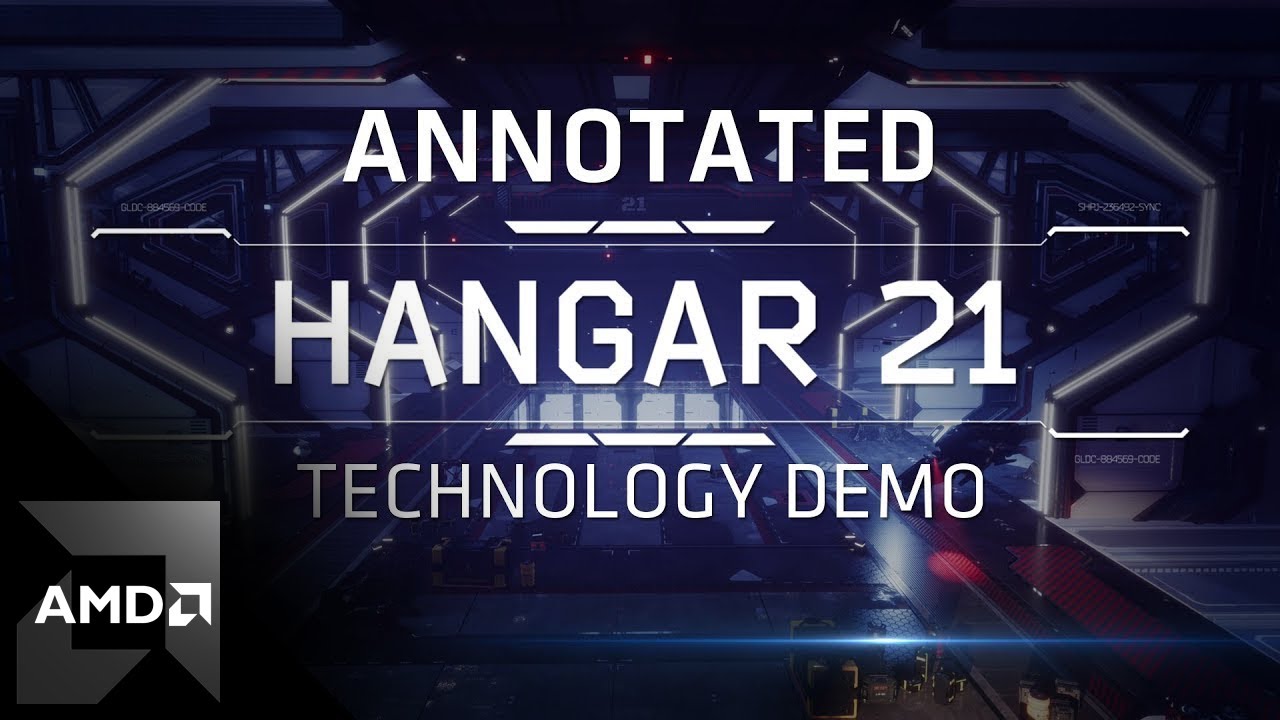 First, let’s have a look at the side-by-side specs of the RX 6800 vs the RTX 3070, bearing in mind that not all specs are directly comparable.

The reviews and benchmarking numbers have started coming in for the AMD Radeon RX 6800, and the results are incredibly competitive. The RX 6800 is beating the RTX 3070 in frame-rate comparisons across games, except when ray tracing is enabled, which is where Nvidia’s second-generation ray tracing has the edge.

The RTX 3070 is cheaper than the RX 6800, but despite being launched more than a month before the RX 6800, stock levels aren’t great, which is driving prices up with retailers and those looking to make a quick buck by on-selling. Similarly, the RTX 3070 pulls in less power than the RX 6800 and only needs one PCIe 8-pin power connector, plus it’s shorter for an easier case fit. It also boasts AI-powered Tensor Cores and DLSS support, both of which don’t have equivalents on the RX 6800.

It’s clear to see why the RX 6800 is beating the RTX 3070 in frame-rate comparisons where ray tracing isn’t a factor: it has a higher boost clock and double the GDRR6 memory. You might expect more performance gains further down the track given the extra memory, too. 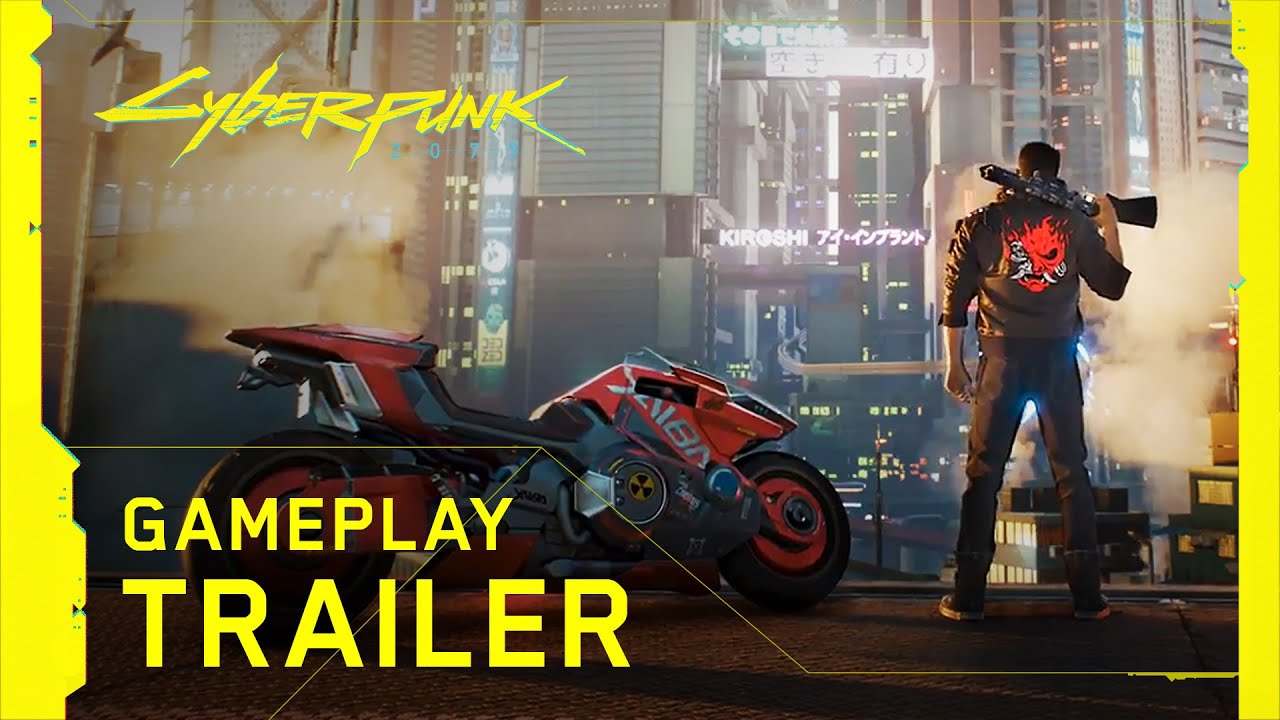 This is the big showdown: two comparable GPUs that both offer single-card 4K performance without having to add a disclaimer of lowered settings and 30fps. While, as above, not all specs are comparable, here are some of the bigger ones.

The RTX 3080 also has an advantage when it comes to the memory interface width: 320-bit compared to the RX 6800 XT’s 256-bit. Combine that with second-generation ray tracing on the RTX 3080, third-gen Tensor Cores for upscaling potential at higher frame rates, and an overall frame rate advantage in more comparable titles, and there’s a lot to love about Nvidia’s flagship 30-series GPU.

Good luck finding one this side of 2021, though. 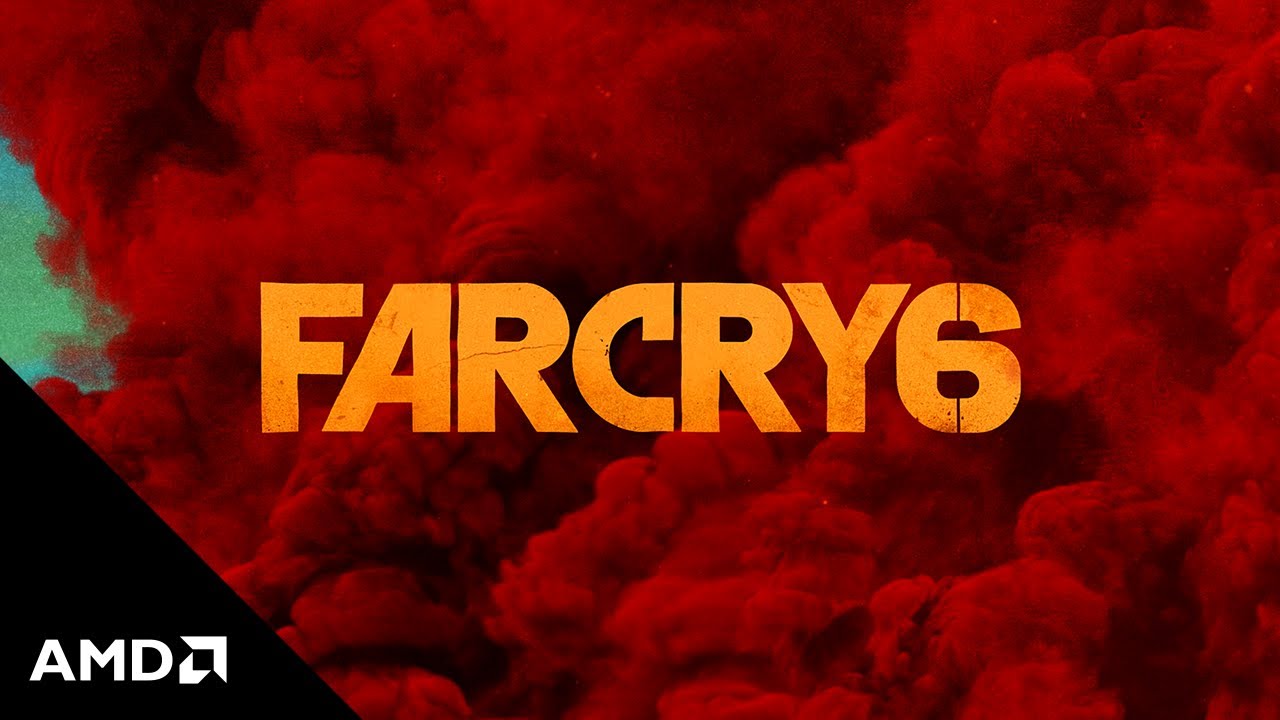 And finally we get to the enthusiast-grade comparison, with two mighty GPUs that are priced in such a way to keep the vast majority of gamers away (including the vast majority of hardcore gamers). First, let’s have a look at their comparable specs before diving into analysis.

At the time of writing, there weren’t real-world test results for the AMD Radeon RX 6900 XT, but AMD released test results vs the RTX 3090 that had impressive results for 4K gaming, edging out the pricier 3090 in certain comparisons or only equalising / slightly losing in others.

While Australian pricing is yet to be announced for the RX 6900 XT, it’s US$500 cheaper than the recommended pricing for the RTX 3090 which, using the pricing difference between the US pricing for the 3090 and its AU pricing, works out to roughly AU$1,620. If the RX 6900 XT pricing proves accurate, that’s a $800+ price difference between the two competing graphics cards.

Even though AMD takes out two of the spots in the comparisons above, it’s not a clear-cut victory. You could easily opt for the Nvidia GeForce RTX 3070 over the AMD Radeon RX 6800 or the RTX 3090 over the RX 6900 XT if real-time ray tracing is more important, or you want to eke out extra frames care of the combination of Tensor Cores and DLSS (or other AI-driven uses).

AMD has confirmed it’s working on its own DLSS equivalent in FidelityFX, so the competition could be tighter once that’s integrated. Ultimately, though, expect to find it tough to find readily available stock for the released Nvidia and AMD GPUs.

As it stands, the real winners are consumers, because the dominance divide that Nvidia used to enjoy has been shrunk this generation, meaning there’s a better chance of competitive pricing and pro-consumer features in future battles.